Welsh politician Carl Sargeant told his chauffeur ‘it’s my own fault’ and made a cut-throat gesture days before he hanged himself amid groping claims, inquest hears 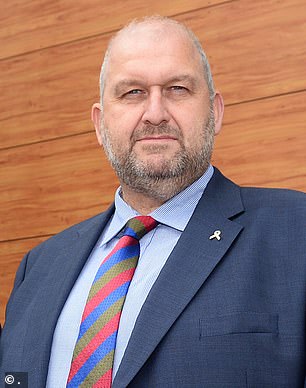 Carl Sargeant, 49, was found dead at his home in Connah’s Quay, Flintshire, on 7 November last year, after he was dismissed over ‘bombshell’ sex claims

A Welsh Government minister found hanged days after being sacked, told his driver ‘I have brought it on myself’ and made a cut-throat gesture, an inquest has heard.

Carl Sargeant, 49, was found dead at his home in Connah’s Quay, Flintshire, on 7 November last year, after he was dismissed over ‘bombshell’ sex claims.

Mr Sargeant was being driven back to the train station in Cardiff after a brief meeting with First Minister Carwyn Jones, who sacked him from his job as cabinet secretary for communities and children after sexual misconduct claims from three women.

Calvin Williams, a driver for the minister, told the fourth day of the inquest into Mr Sargeant’s death about the drive back to the station minutes after the meeting.

Mr Williams told the hearing: ‘I thought I was taking him to the railway station. But I asked him, “All OK?”

Seconds later after a phone call, Mr Sargeant asked Mr Williams to drop him off at the Hilton Hotel instead.

After they arrived at the hotel, Mr Williams asked the politician if he was ‘pulling my leg’ about being sacked by Mr Jones. 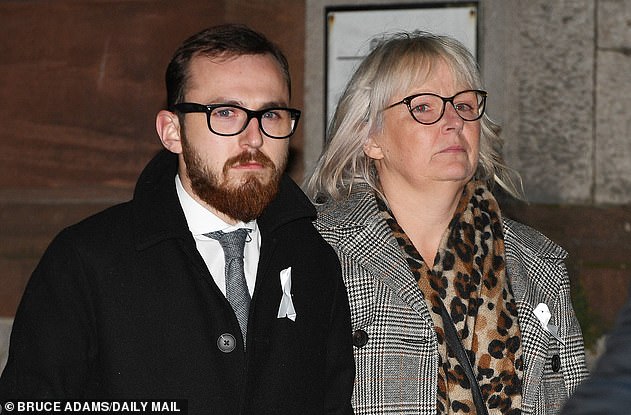 Mr Sargeant replied: ‘It’s OK. It’s complicated. It’s my own fault. I have brought it on myself.’

Mr Williams then shook the politician’s hand as they parted and asked him if he was going to be OK. Mr Sargeant replied: ‘Yes. Just need some time to myself.’

The father-of-two was also suspended from the Labour Party over allegations of ‘unwanted attention, inappropriate touching or groping’.

But while rumours in political circles about his behaviour were surfacing, it was dismissed as ‘tittle tattle’ until a formal written complaint was made by a woman, known only as Miss A. 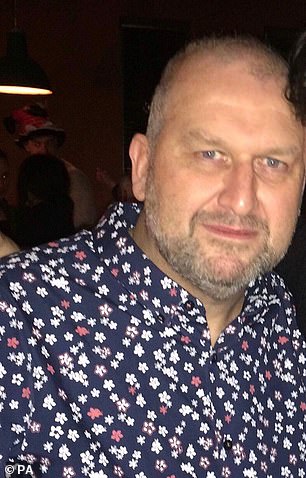 The father-of-two was also suspended from the Labour Party over allegations of ‘unwanted attention, inappropriate touching or groping’

It was after that, on November 1 last year, the First Minister decided Mr Sargeant could not serve in his cabinet and he decided to sack him in a forthcoming government re-shuffle two days later.

Mr Sargeant, was found dead at the family home by his wife Bernadette four days after the sacking.

Mr Jones said he received an anonymous letter in 2014 from an Alyn and Deeside Labour Party member which said Mr Sargeant was ‘not fit to be around women’.

He said he showed the letter to Mr Sargeant and told him to ‘be careful’.

‘There is obviously somebody who is watching you and watching your behaviour so be careful and be careful where you go and how much you drink,’ he said.

In 2017 he heard there were rumours of Mr Sargeant behaving inappropriately with women and later received written statements from two complainants.

When asked how he felt when he heard the rumours he said: ‘Disappointment, really.’

Mr Sargeant’s wife and son, Jack, sat alongside lawyers listening as Mr Jones began his evidence shortly before the lunchtime adjournment at the hearing at Ruthin County Hall.

The inquest heard a decision to remove Mr Sargeant from government because of the allegations came at the same time as the First Minister planned a cabinet re-shuffle.

Mr Jones said: ‘During the course of discussions about having a general re-shuffle, the allegations came forward regarding Carl and they could not be ignored as part of a re-shuffle.

‘At that stage, I found myself in a position where during the course of discussions of what was going to be a general re-shuffle I then had a written complaint regarding conduct of one minister.

‘There was no way of divorcing one from the other.’

Mr Jones said he had not intended to make public the fact there were allegations against Mr Sargeant at the time of the cabinet reshuffle.

But, he said, Mr Sargeant posted a tweet saying he had been removed because of personal conduct.

He said: ‘By volunteering information in the way he did he spiked the media interest.’

Mr Jones told the inquest he could not have given Mr Sargeant details of the allegations because it was important to protect the identity of the complainants.

The inquest has heard that at least three women had spoken of inappropriate conduct by Mr Sargeant, between 2015 and 2016.

Neither the identity of the women involved nor the exact nature of the alleged misconduct has been revealed during the inquest.

None of the allegations were put to Mr Sargeant directly before he was sacked and he shook his head and denied them in the meeting with the First Minister on November 3 last year, the hearing was told.

Mr Sargeant was also not told exactly what he was being accused of.