‘I am NOT a domestic abuser’: Caroline Flack’s family release a defiant unpublished Instagram post she wrote about her arrest before she killed herself – ahead of her inquest today

Caroline Flack’s family have released an unpublished Instagram post that the star wrote in the days before her death in which she said her arrest for assaulting her boyfriend meant her world had ‘collapsed’.

The presenter, who took her own life on Saturday, insisted in the heart-rending message that she was not a domestic abuser and that her alleged assault on boyfriend Lewis Burton was an accident.

In the message, written at the end of January, she explained how ‘my whole world and future was swept from under my feet’ and how she had lost her career and her home.

The 40-year-old had planned to post the message on social media and had shown it to her family, but was advised not to share it with her millions of followers.

She said she ‘took responsibility for what happened that night’ but said it had been an accident and she ‘was NOT a domestic abuser’. 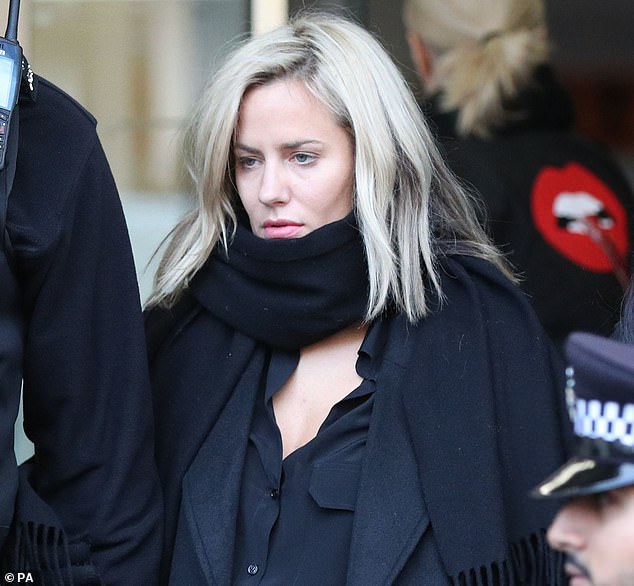 Her advisers told her not to post the message but her family have now decided to release it through the Norwich-based Eastern Daily Press newspaper.

Miss Flack said she had written it ‘as the truth has been taken out of my hands and used as entertainment.’

The former Love Island host was found dead in her east London flat on Saturday, the day after she had been told that the CPS was pursuing the court case against her.

Her mother Chris said: ‘Carrie sent me this message at the end of January but was told not to post it by advisers but she so wanted to have her little voice heard.

‘So many untruths were out there but this is how she felt and my family and I would like people to read her own words.

‘Carrie was surrounded by love and friends but this was just too much for her.

‘Her friends Molly, Lou, Sam, Liam and Simon need a very special mention and lots of thanks for trying so hard to keep her safe.’

Mrs Flack added: ‘Jody, her twin sister, was there her whole life for her but this time nothing could take away the hurt of such injustice 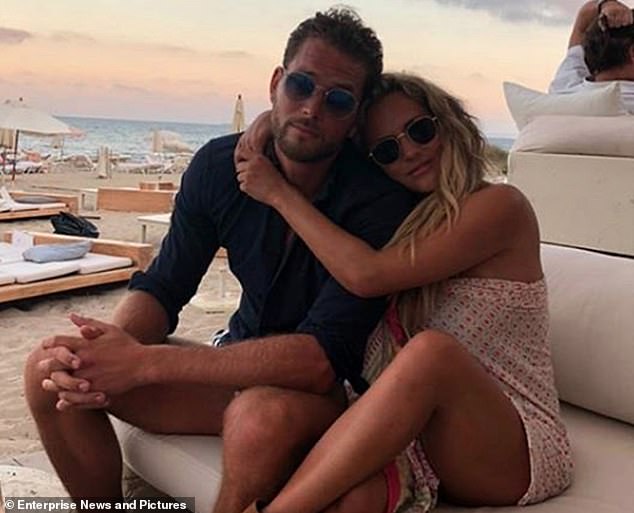 A court heard Caroline Flack had hit her boyfriend Lewis Burton (above, together) with a lamp

‘As Carrie would say: “In a nasty world, just be kind.”

Mrs Flack added: ‘It was describing how she was feeling and what she had gone through – no more than that. It was not blaming anyone or pointing any fingers.

‘We want people to read it and want it to be shared through the EDP who we really trust and always have done.’

Mrs Flack said she had received a text from her daughter on Friday after the CPS decision and friends had been with her later in the day.

Mrs Flack said she and Miss Flack’s sister Jody had both been due see her on Saturday.

An inquest into Miss Flack’s death is due to be opened at Poplar Coroner’s Court this morning.

This is the full message that Caroline Flack wrote and was advised not to post on social media.

‘For a lot of people, being arrested for common assault is an extreme way to have some sort of spiritual awakening but for me it’s become the normal.

I’ve been pressing the snooze button on many stresses in my life – for my whole life. I’ve accepted shame and toxic opinions on my life for over 10 years and yet told myself it’s all part of my job. No complaining.

The problem with brushing things under the carpet is …. they are still there and one day someone is going to lift that carpet up and all you are going to feel is shame and embarrassment.

On December the 12th 2019 I was arrested for common assault on my boyfriend …Within 24 hours my whole world and future was swept from under my feet and all the walls that I had taken so long to build around me, collapsed. I am suddenly on a different kind of stage and everyone is watching it happen.

I have always taken responsibility for what happened that night. Even on the night. But the truth is… It was an accident.

I’ve been having some sort of emotional breakdown for a very long time.

But I am NOT a domestic abuser. We had an argument and an accident happened. An accident. The blood that someone SOLD to a newspaper was MY blood and that was something very sad and very personal.

The reason I am talking today is because my family can’t take anymore. I’ve lost my job. My home. My ability to speak. And the truth has been taken out of my hands and used as entertainment.

I can’t spend every day hidden away being told not to say or speak to anyone.

I’m so sorry to my family for what I have brought upon them and for what my friends have had to go through.