Cat cafe owners who allowed the animals to wander around freely are fined £1,700 for food hygiene failings – but claim they were forced to close by a ‘hate campaign’

A ‘cat cafe’ where cats were allowed to wander freely around the tables has been ordered to pay £1,700 over food hygiene failings. 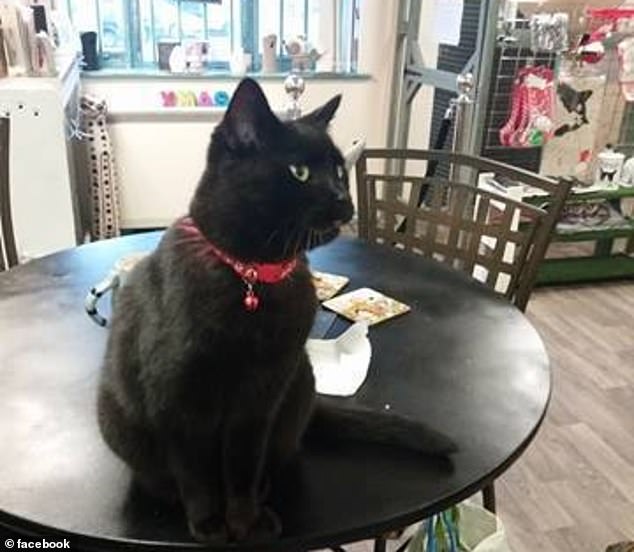 A cat on a table at Catastrophe Cat Cafe in Needham Market, Suffolk, where animals were allowed to roam freely

They claimed they ‘couldn’t meet demand’ and accepted that ‘mistakes were made’.

The court heard the cafe was forced to shut its doors in May after inspectors made repeated visits following 11 complaints from the public.

Prosecutor Simon Smith said the cafe had a ‘small and cramped’ kitchen and did not follow food safety regulations.

He said the owners claimed to only serve pre-prepared food, but that evidence was found of sandwiches being made on the premises.

Food safety regulations demand that all food should be bought from a supplier which is said to be low risk. 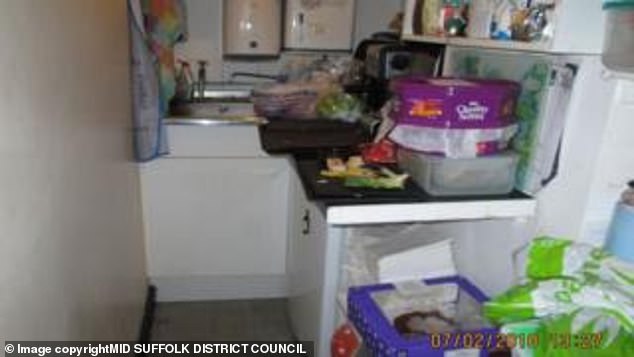 Speaking in court, prosecutor Simon Smith said the cafe had a ‘small and cramped’ kitchen and did not follow food safety regulations

Stuart Cooper, defending, said the cafe opened thanks to a lottery grand and crowdfunding, claiming its owners had ‘good intentions’.

He added that the cafe, opened in August 2017, planned to temporarily house rescued cats before they were adopted.

When the cafe opened, it was given a food hygiene rating of four, which dropped to one following an inspection.

Mr Cooper added that the cafe has become subject to a ‘hate campaign’ which sparked most of the complaints, two break-ins and a prosecution for harassment. 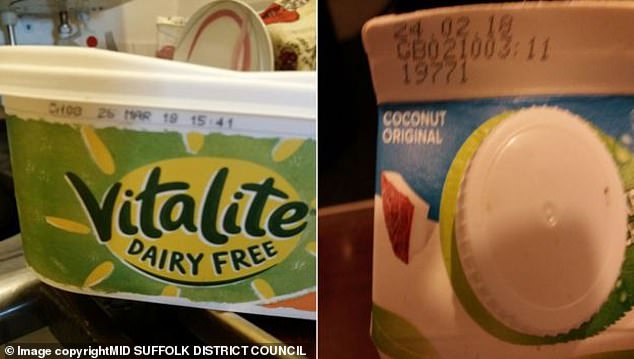 After receiving 11 complaints from the public, inspectors found that the eatery kept out-of-date food in fridges. Prosecutor Mr Smith also said that the owners claimed to only serve pre-prepared food, but evidence was found of sandwiches being made on the premises

The solicitor said no customers became ill and it was not ‘one of those cases with cockroaches, mice and rats running around’.

The court heard that the cafe charged £5 to care for the cats and that nine were re-homed since its closure in May.

Moyes from Woolpit, Suffolk, and Whitehouse from Stowmarket, Suffolk, received a £1,200 fine and were ordered to pay £500 prosecution costs to Mid Suffolk District Council.

Speaking after sentencing, Whitehouse said: ‘Unfortunately, as we grew that small kitchen couldn’t meet demand – mistakes were made.’

‘Everybody put the cats first.’ 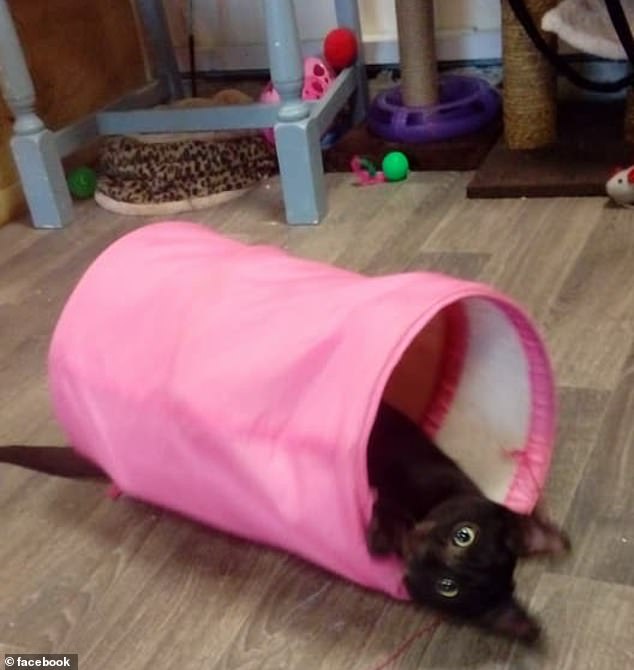 After sentencing, Whitehouse said that ‘everybody puts the cats first’ and accepted ‘mistakes were made’. The court heard nine of the cats were re-homed since the cafe closed in May

allowed, animal, cafe, cat, owners
You may also like: