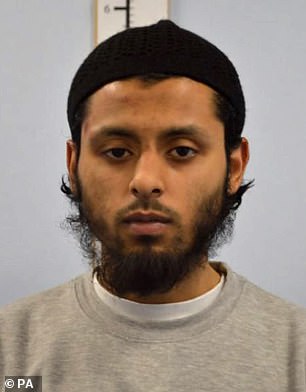 Umar Ahmed Haque, 25, a former Islamic studies teacher at the Lantern of Knowledge Educational Trust in east London, was charged with disseminating terrorist material to children in 2018 and now the charity running the school has been given an official warning by the Charity Commission

A charity watchdog has warned a London Islamic private school after it allowed a teacher to show children a pro-ISIS video.

Umar Ahmed Haque, 25, an Islamic studies teacher at the Lantern of Knowledge Muslim Boys School in Leyton, east London, between 2015 and 2016 was charged with disseminating terrorist material to children.

Haque was jailed in March 2018 for life with a minimum term of 25 years after an Old Bailey jury heard he had trained a ‘mini militia’ of children for terrorist attacks.

The charity that runs the school has now been given an official warning by the Charity Commission (CC), while the trustees have been found responsible for mismanagement and misconduct.

The CC’s report into the charity states: ‘The public rightly expect charities, particularly those working with children and young people, to be safe places, free from abuse or harm.

‘In light of individual A’s (Haque’s) actions, this was not the case within this charity.’

Hague’s conviction in 2018 was for a number of terrorism offences unrelated to the charity, but Haque did admit playing an IS film to pupils at the Lantern of Knowledge fee-paying school in Leyton where he had worked.

During his criminal trial, despite saying he showed the schoolchildren a video relating to IS, Haque pleaded not guilty to the charges and the jury could not reach a verdict. 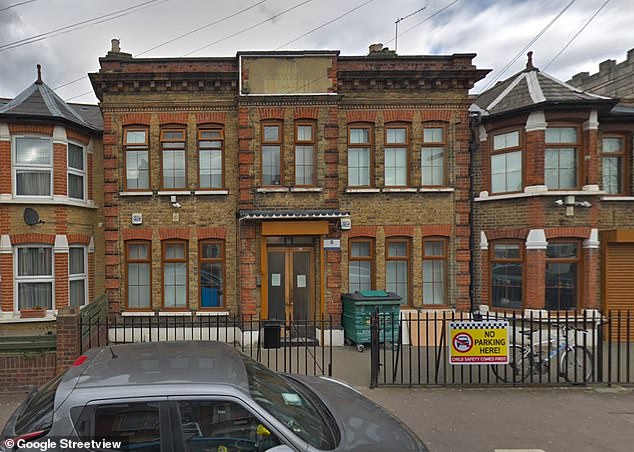 The charity that runs the school (pictured) has now been given an official warning by the Charity Commission, while the trustees have been found responsible for mismanagement and misconduct

By showing the children in his class a pro-IS video, Haque ‘grossly abused the position of trust he held at the charity’, the CC found.

They said he exploited a chance to show the children, who were in the charity’s care, the video which promoted the ideology and tactics of a proscribed terrorist organisation.

The jury at his Old Bailey trial heard Haque was an IS fanatic who planned to use guns and a car bomb to strike 30 high-profile targets including Big Ben, the Queen’s Guard and Westfield shopping centre.

He enlisted helpers at the Ripple Road mosque in Barking, east London, where he secretly brainwashed 16 children as young as 11 through terrorism role play and exercises, the court heard. 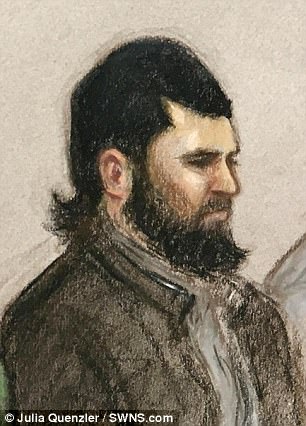 Umar Ahmed Haque, 25,(seen in a sketch from the Old Bailey on January 16) allegedly planned atrocities across London

The boys were left ‘traumatised’ from being shown gory IS propaganda by Haque.

The CC investigation also looked at why the school plunged from being rated ‘outstanding’ in 2015 to the lowest grade possible of ‘inadequate’ in the independent school standards figures.

It criticised the trustees for not addressing the decline in standards and also for failing to comply with the charity’s own governing document and internal policies.

The CC report states there have been improvements in the charity’s governance and safeguarding procedures.

The trustees have also made progress and acted to address weaknesses identified by independent reviews that they instigated, it adds.

Tim Hopkins, the CC’s assistant director for investigations and inquiries, condemned Haque’s action at the charity as ‘appalling’, and said the charity trustees are expected to ‘learn’ from the failings it had identified.

Saying the trustees would be ‘closely’ monitored, he added: ‘It is completely unacceptable for any charity to be associated with terrorism and we are concerned by the corrosive effect this might have on public confidence in this and other charities.

‘Charities should lead the way in taking public expectations seriously and be distinct from other types of organisations in their attitude and behaviour, their motivations and methods.’