How do you make edam good sandwich? Britons vote CHEESE as the nation’s favourite filling

It will come as no surprise to those who think Gouda’s as good as it gets – a survey has found Britons think cheese is the best thing in sliced bread.

Cheese – with no condiments or salad – was chosen by more than half of adults as the best sandwich filling.

Second in the survey of 2,000 adults was ham and cheese, followed by ham salad, with a sausage sandwich in fourth spot.

Others to make the top ten included egg and cress, and tuna mayonnaise. The survey for Warburtons also found that we will eat an average of four sandwiches a week, with 82 per cent naming it their favourite lunchtime meal.

The survey tackled other areas of sandwich contention, with seven in ten saying that crusts should be left on a sandwich, and three in ten choosing to cut theirs diagonally before serving.

The poll also found that, when eating out, the top fillings were ploughman’s, club and BLT.

A Warburtons spokesman said: ‘With so much choice these days, it’s interesting to see such a classic retain its crown.’ 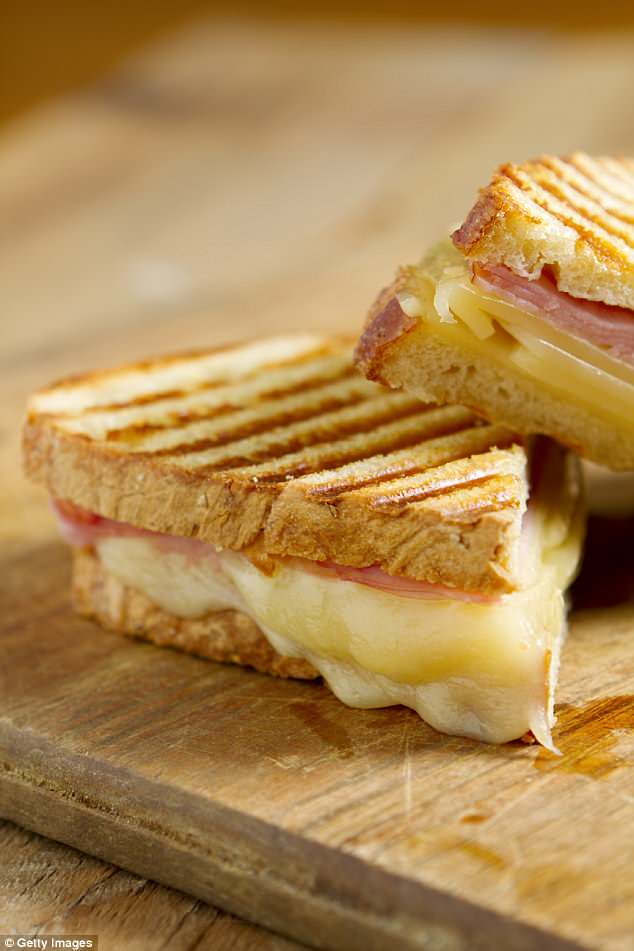 The survey, carried out by baking giants Warburtons, found we eat an average of four sandwiches a week