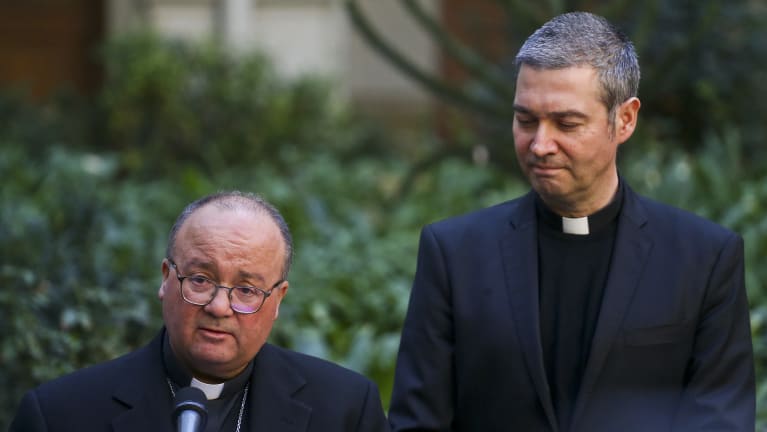 Archbishop Charles Scicluna of Malta, a special envoy from the Vatican, told reporters that it was "very important" that Church and state work together to protect children alleged to have been abused by priests and clergymen.

"The canonical process should in no way impede the right of people to exercise their right to civil justice," he said at a news conference in the capital Santiago.

Jaime Ortiz de Lazcano, the Archbishop of Santiago's legal advisor, said he was in a meeting with Scicluna when he was asked to go to a court hearing about the impending seizure of documents relating to an abuse case the Church had investigated in January. 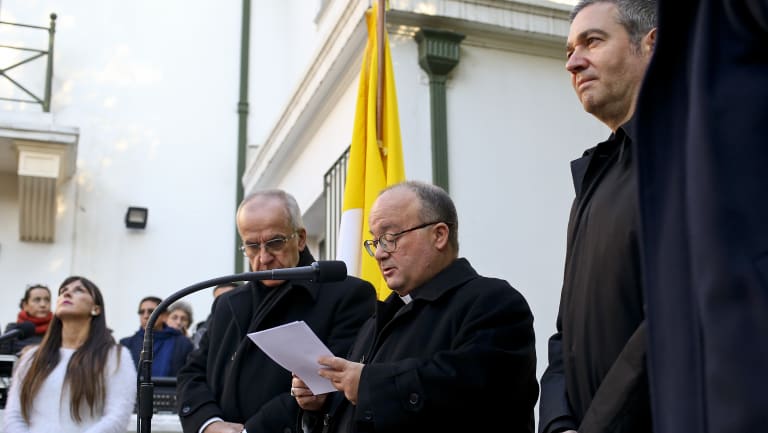 "I was very surprised when they told me 'Father, go to the court because there's going to be a raid,'" he told reporters.

"It's not common that (prosecutors) solicit information from a canonical investigation, but we are entirely willing to cooperate."

"In Chile, everyone is subject to ordinary justice," Arias said.

Prosecutors and police earlier in the day raided the office of the bishop of Rancagua, south of the capital, to seize documents. Rancagua's bishop suspended 14 priests last month amid allegations of "improper conduct."

Chilean prosecutors have also submitted a formal request to the Vatican for information it has gathered about priests and Church workers accused of sexual abuse, the local El Mercurio newspaper reported on Wednesday.

The judicial authorities are at present investigating "at least 40" cases of abuse within the Church from across the country, the paper added.

Scicluna and his colleague Father Jordi Bertomeu, a Spanish official from the Vatican, arrived in Chile on Tuesday with orders from Pope Francis to ensure the Church responds to "every case of sexual abuse of minors committed by clergymen."

Their mission follows the surfacing of multiple allegations of sexual abuse and cover-up in the Church dating back decades.