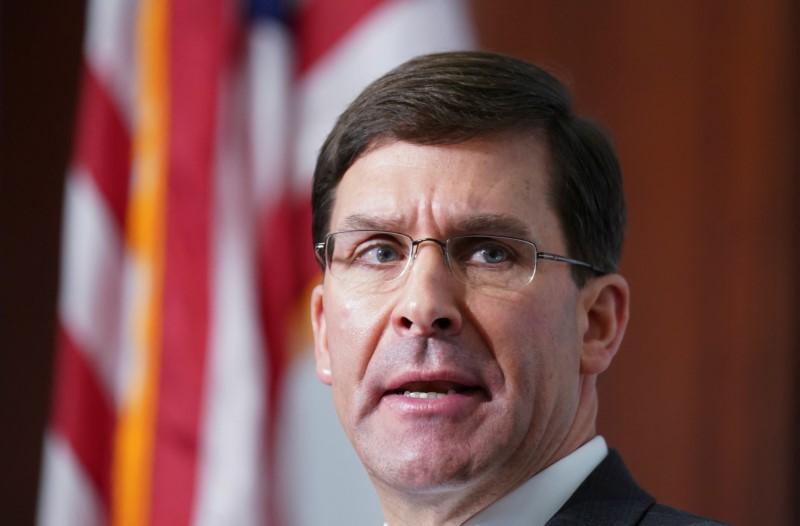 China has faced an outcry from activists, scholars, foreign governments and U.N. rights experts over what they call mass detentions and strict surveillance of the mostly Muslim Uighur minority and other Muslim groups who call Xinjiang home.

“As we speak, the Communist Party of China is using artificial intelligence to repress Muslin minority communities and pro-democracy demonstrators,” Esper said during a speech in Washington.

“In fact, the party has constructed a 21st century surveillance state with unprecedented abilities to censor speech and infringe upon basic human rights,” Esper added. “George Orwell would be proud.”

Orwell’s “1984” novel features a “Big Brother” government that spies on its citizens and forces them into “doublethink,” or simultaneously accepting contradictory versions of the truth.

The Chinese government has ramped up personal surveillance in Xinjiang over recent years, including the construction of an extensive video surveillance system and smartphone monitoring technology.

China says Xinjiang is its internal affair, and the issue there is not a religious or ethnic one, but about preventing terrorism and separatism.

Chinese-ruled Hong Kong has been embroiled by more than seven months of turmoil sparked by a now withdrawn extradition bill that would have allowed individuals to be sent to China for trial.

The youth-led protests, including mass marches, petrol bomb attacks and battles on university campuses, have since morphed into a broader revolt against authorities and strong-arm Chinese rule.

china, Hong, Surveillance, Us, USA
You may also like: