Xu Weihong gets death penalty for manufacturing ketamine as ties between Beijing and Ottawa continue to deteriorate. 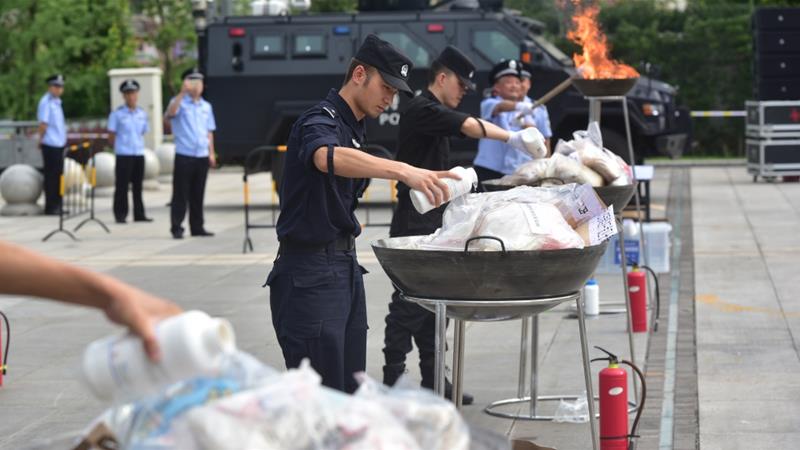 A Chinese court has sentenced a Canadian national to death for producing drugs, a ruling that came amid rising tension between the two countries over the Chinese telecommunications giant, Huawei.

Xu Weihong, a Canadian national, was sentenced to death in a trial of first instance, Guangzhou Intermediate Court said in a notice on its website on Thursday. An alleged accomplice, Wen Guanxiong, had been given a life sentence.

The brief court statement said Xu’s personal property would be confiscated, and gave no further details.

Local media in the southern Chinese city at the heart of the country’s manufacturing industry said Xu and Wen had gathered ingredients and tools, and began making ketamine in October 2016.

Reports said they stored the final product in Xu’s home in Guangzhou’s Haizhu district. Police confiscated more than 120kg (266 pounds) of the drug from Xu’s home and another address, the reports said.

Like many Asian nations, China deals out stiff penalties for manufacturing and selling illegal drugs, including the death penalty.

Relations between China and Canada deteriorated sharply after Canada arrested Meng Wanzhou, the chief financial officer of Huawei Technologies, in Vancouver in late 2018, on a warrant from the United States.

Two other Canadian men – businessman Michael Spavor and Michael Kovrig, a former diplomat – were arrested in China days after Meng’s arrest, and were charged in June 2020 with espionage.

China has denied that their arrest is linked to Meng’s case.

“I would like to stress that China’s judicial authorities handle the relevant case independently in strict accordance with Chinese law and legal procedures,” Wang said at a daily briefing on Thursday.

“This case should not inflict any impact on China-Canada relations.”