NEW satellite images show China is developing secret bases on a disputed border with India – in the latest sign of escalating tensions between the two nuclear-armed powers.

Monitors say there has been construction of "new military storage bunkers" near the Doklam area, which was at the centre of a tense stand-off between the two fierce rivals in 2017. 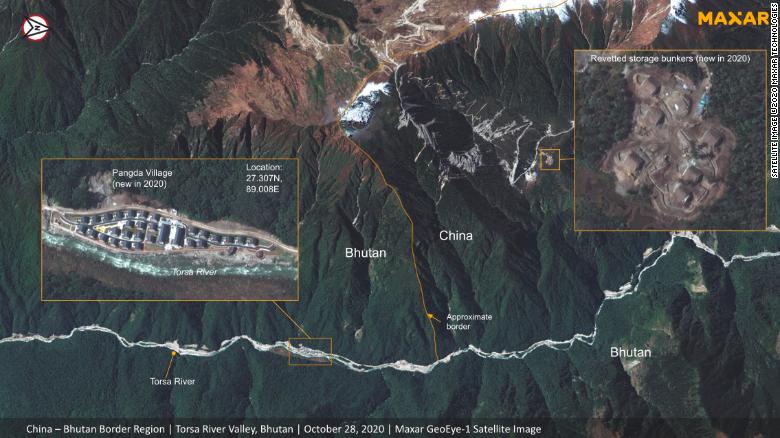 According to US-based satellite operator Maxar Technologies the images – dated October 28 – show "there has clearly been significant construction activity this year all along the Torsa River valley area."

The area is along a hotly-disputed Himalayan border between India and Bhutan- which is seen as being of strategic importance to all three countries.

Three years ago military tensions flared in Doklam when China started to construct a road in the area.

While both countries sent troops to the area no lives were lost and eventually the situation was diffused.

Maxar Tech said the images show the newly-constructed Pangda Village, on the Bhutanese side of the disputed border as well as a "depot" in Chinese territory.

Beijing's Ministry of Foreign Affairs said that "China's normal construction activities on its own territory are entirely within the scope of China's sovereignty, and there is nothing wrong with it."

Meanwhile, India's Ministry of External Affairs did not respond to a request for comment, reports CNN who broke the story. 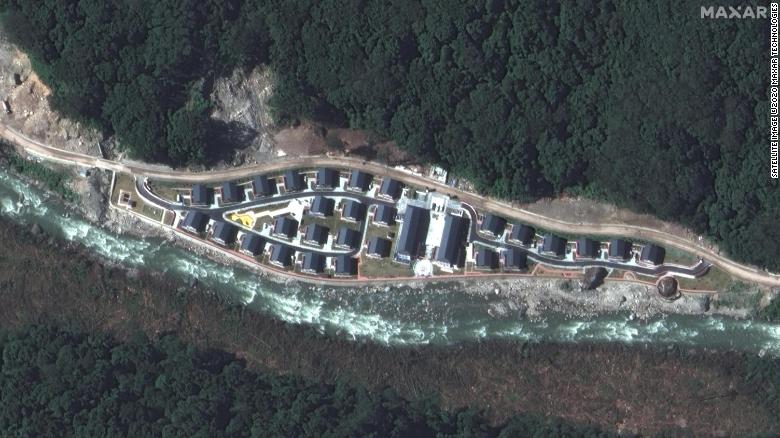 The Doklam area is claimed by both China and Bhutan (a state protected by India), but it is also strategically important to India as it is a key link between New Delhi and India's north eastern states.

"The Siliguri Corridor is strategically important and highly sensitive territory," analyst Syed Fazl-e-Haider wrote earlier this year in an article published by The Lowy Institute .

"By an advance of just 130 kilometers (80 miles), the Chinese military could cut off Bhutan, west Bengal and the north-eastern states of India.

"About 50 million people in north-east India would be separated from the country."

Earlier this year, China warned it would “crush any aggression” as it boasted it was prepared for any future conflict with India.

The threat came as tensions in the Himalayas reached boiling point after 20 Indian soldiers were beaten to death in a clash with Chinese forces.

Although the nuclear-armed nations are not actually at war, the fragile peace between the pair has sparked fears of a huge new conflict.

In June the UN urged both sides “to exercise maximum restraint.” 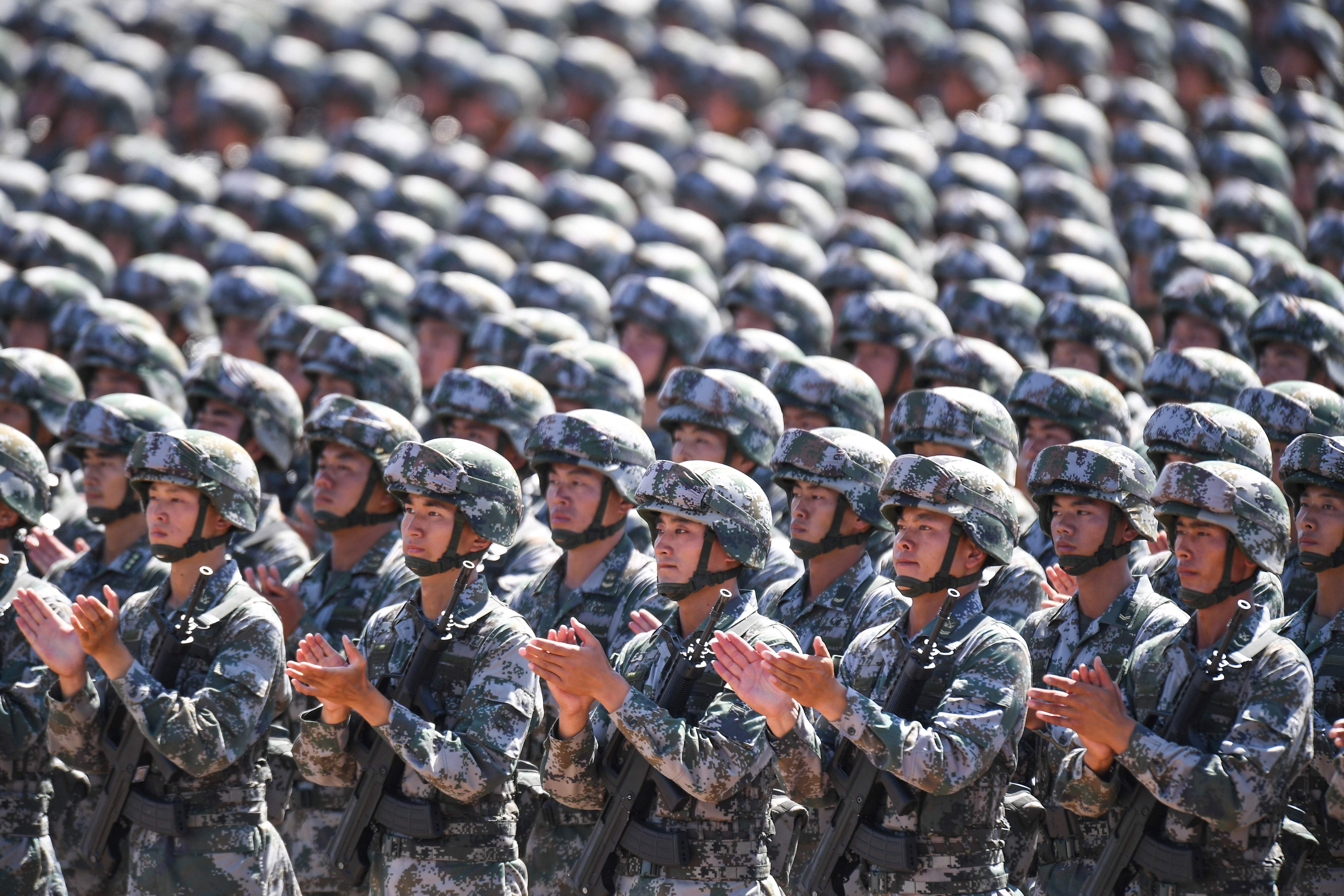 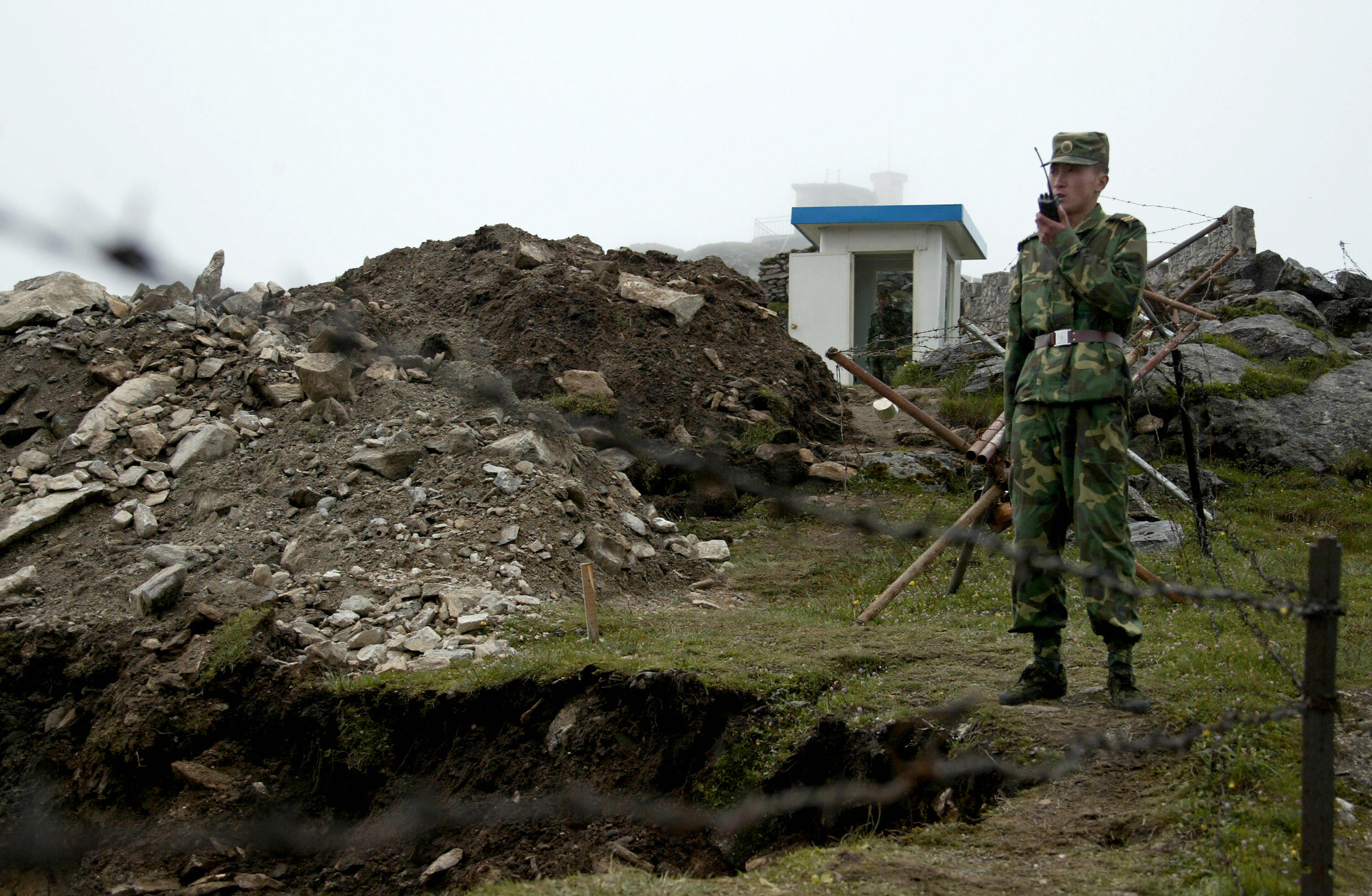 “We are concerned about reports of violence and deaths at the Line of Actual Control between India and China,” said UN associate spokesperson Eri Kaneko.

The Global Times – the newspaper of the ruling Communist Party, which has a circulation of 1.5million – later published a fiery editorial in which it blasted its neighbour.

It warned that Beijing will not back down from a confrontation – and said the "gap between China's and India's strength is clear".

The newspaper – which is often seen as the unfiltered mouthpiece of China's rulers – blamed India's "arrogance and recklessness" for the renewed tensions.

It added China will also not "bow to threats from New Delhi" over the border dispute – which in June saw its first fatalities since 1975.

"China does not want to turn border issues with India into a confrontation. This is goodwill and restraint from China," it said.

"But China is confident in the situation at the border. It does not and will not create conflicts, but it fears no conflicts either."

The chilling warning came as India has reportedly placed its warships and fighter jets on alert amid the row.

And just last week it was claimed the Chinese military used a microwave weapon to "cook" Indian troops and force them to retreat from a border stand-off.

It reportedly left Indian troops vomiting and unable to stand, allowing China to retake two strategically important hilltops in the Himalayas without any exchange of live fire.