In chilling footage, filmed shortly before his arrest, Yu Wensheng insists he would “never” sack his legal team and accept a state appointed lawyer. 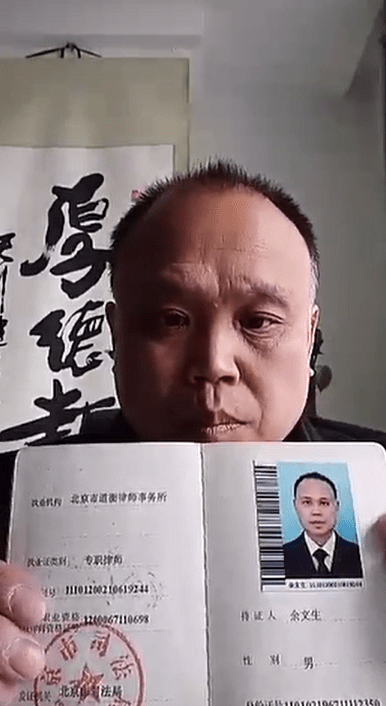 In the clip, Yu states that such a development would be a clear sign that he was being tortured and acting against his will.

His admission has emerged after his wife Xu Yan was given a document by police purportedly signed by Yu which claims her husband has fired his lawyers.

Yu was arrested while walking his 13-year-old son to school in Beijing on January 19, after calling for political reform in the one-party state.

He was surrounded by four police cars, around a dozen officers including an armed SWAT team. 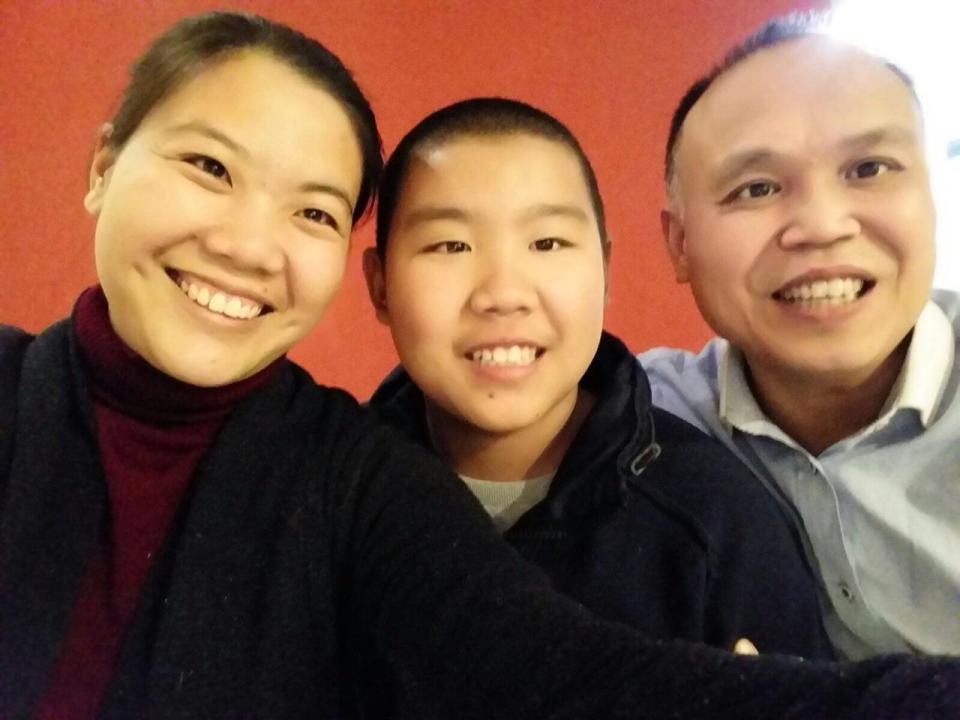 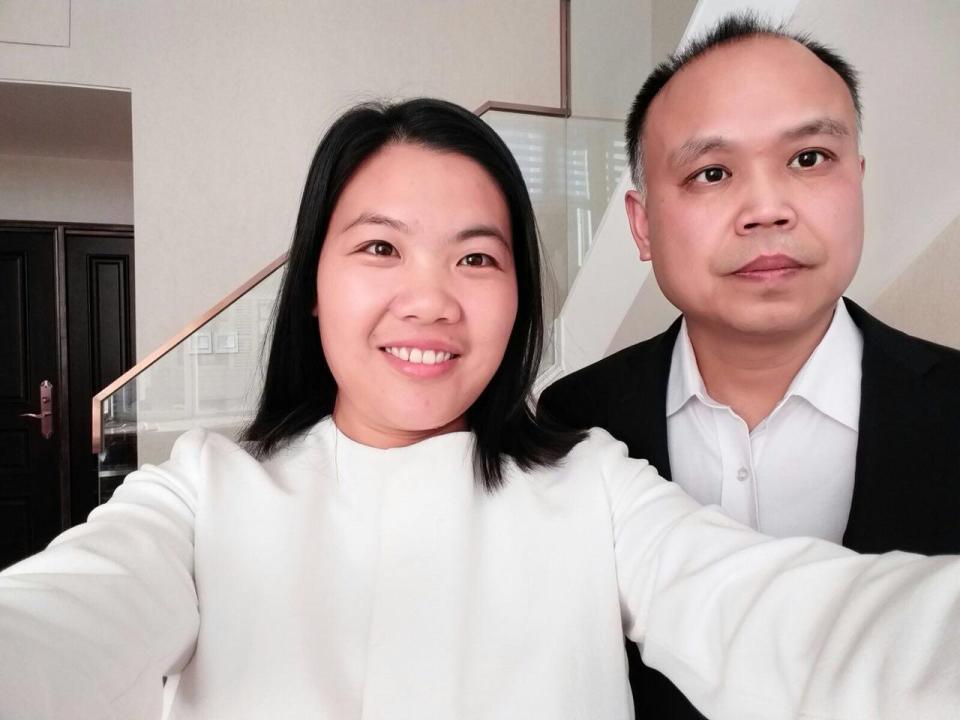 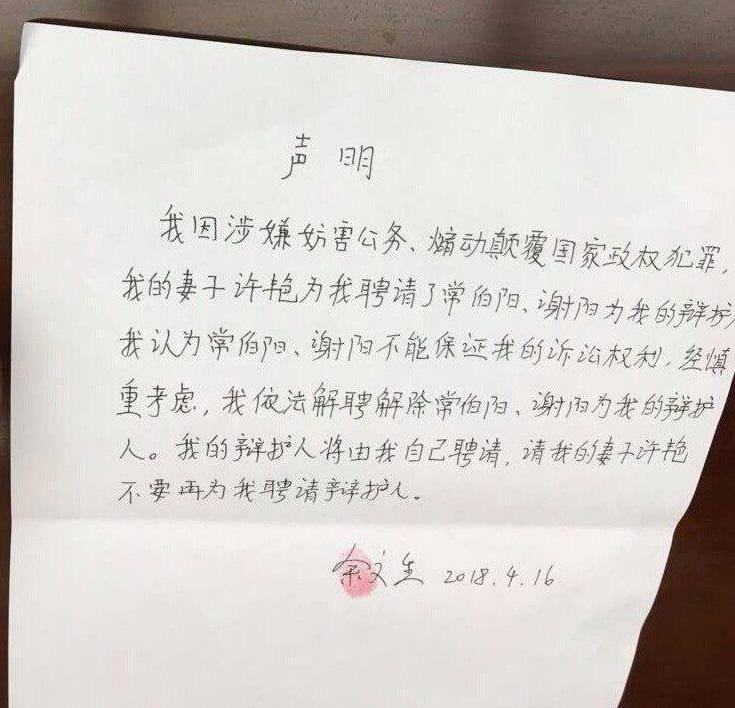 A passionate defender of human rights, Yu was detained and tortured for 99 days in a black jail in 2014.

So-called black jails, or Residential Surveillance at a Designated Location (RSDL), involve people being detained without a court process and then being beaten and interrogated daily for up to six months.

The video filmed by Yu himself, proves he knew what was about to happen to him.

In the clip, he said: “Today I would like to make the following statement: I will never give up the right to choose my own lawyer.

“If I need a lawyer, I have appointed Liang Xiaojun and Zhang Weiyu as my lawyers. I have already given them power of attorney.

“If by the time they (are needed and) will not be able to represent me, my wife has the right to choose a lawyer. 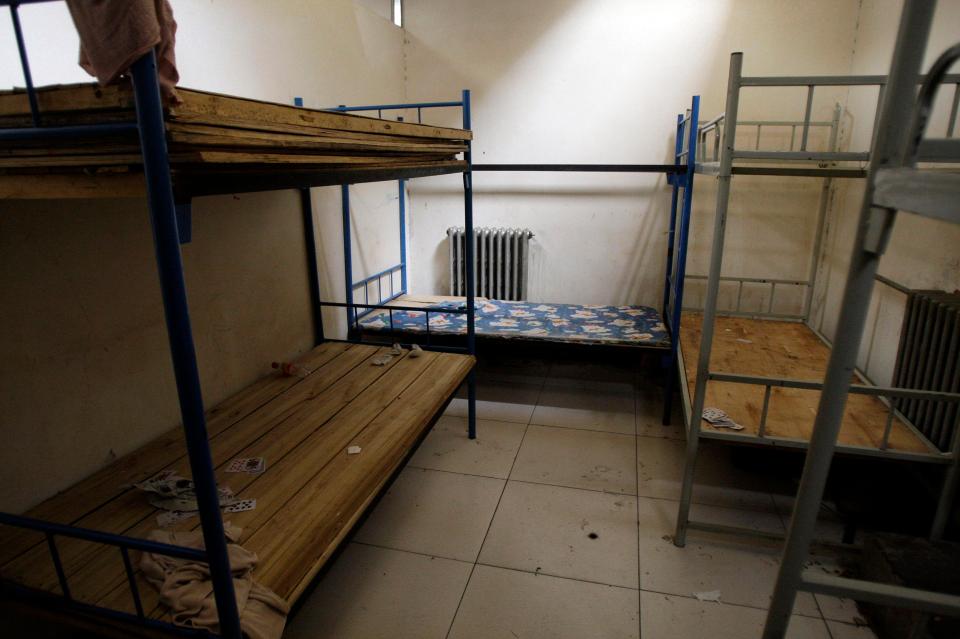 “I will never accept a lawyer appointed by the authority, unless I am tortured."

On April 20, police moved Yu from a black jail into a normal prison in the city of Xuzhou where he was formally placed him under arrest charged with "inciting subversion of state power."

Authorities have no right to deny Yu access to a lawyer under Chinese law.

However, with the “signed” document they now have the ability to hold the human rights activist without any access to his personal legal team.

The Sun Online has spoken to human rights activist Peter Dahlin, 36, who spent 23 agonising days in one of these hell-hole “black jails.”

The Swedish-born activist was jailed for his work exposing rights abuses in the increasingly totalitarian one-party dictatorship.

Peter claims that prisoners held in these secret prisons, usually for a six month period, are “beaten, deprived of sleep and force-fed drugs.”

He was eventually released and deported after agreeing to a televised "confession” where he apologised for harming the Chinese government and hurting “the feelings of the Chinese people.”

The Swede claims China is rapidly turning into a police state with officers have “complete power” to lift people off the street and jail them without access to a lawyer.

Peter calls this “enforced disappearance” adding: “Your family are not told where you are, your case is not published in the government database.

“So you basically disappear off the street. No court order is needed.”