CHRISTMAS Flytippers caused fury after dumping mountains of rubbish outside supermarket recycling centres across the country.

Locals have blasted the "absolutely disgusting" heaps of waste, which can be seen overflowing from bins in Derbsyshire and Yorkshire. 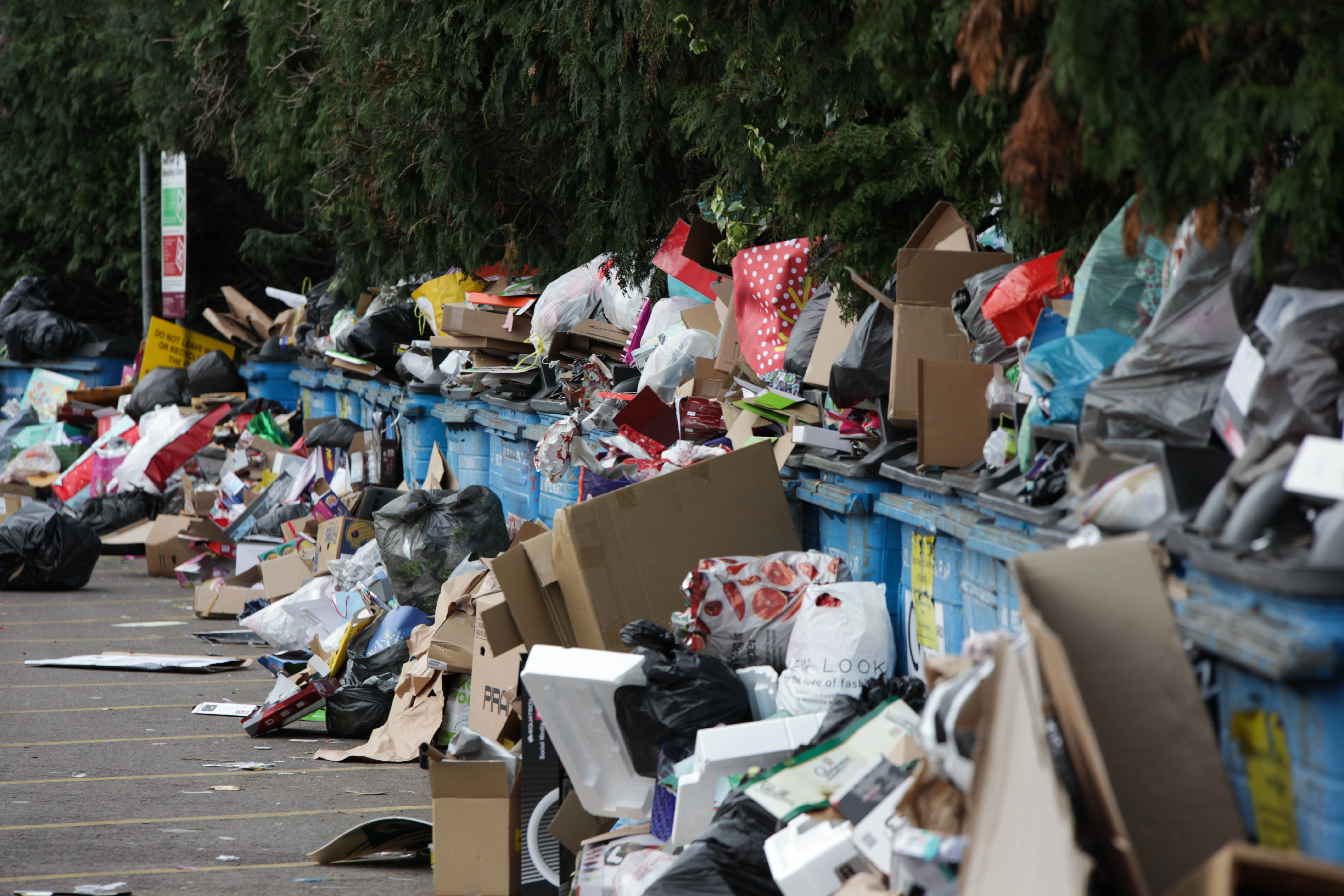 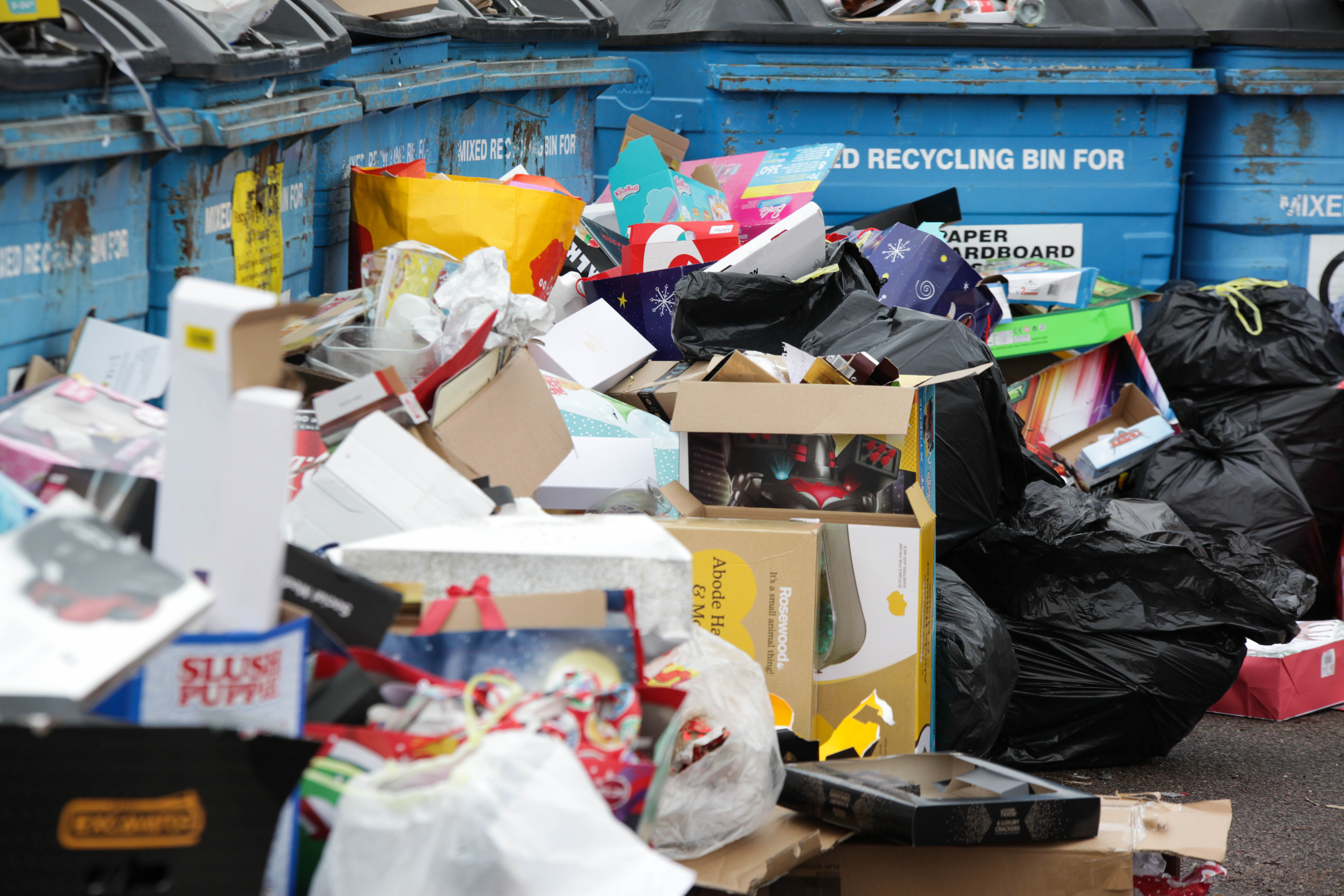 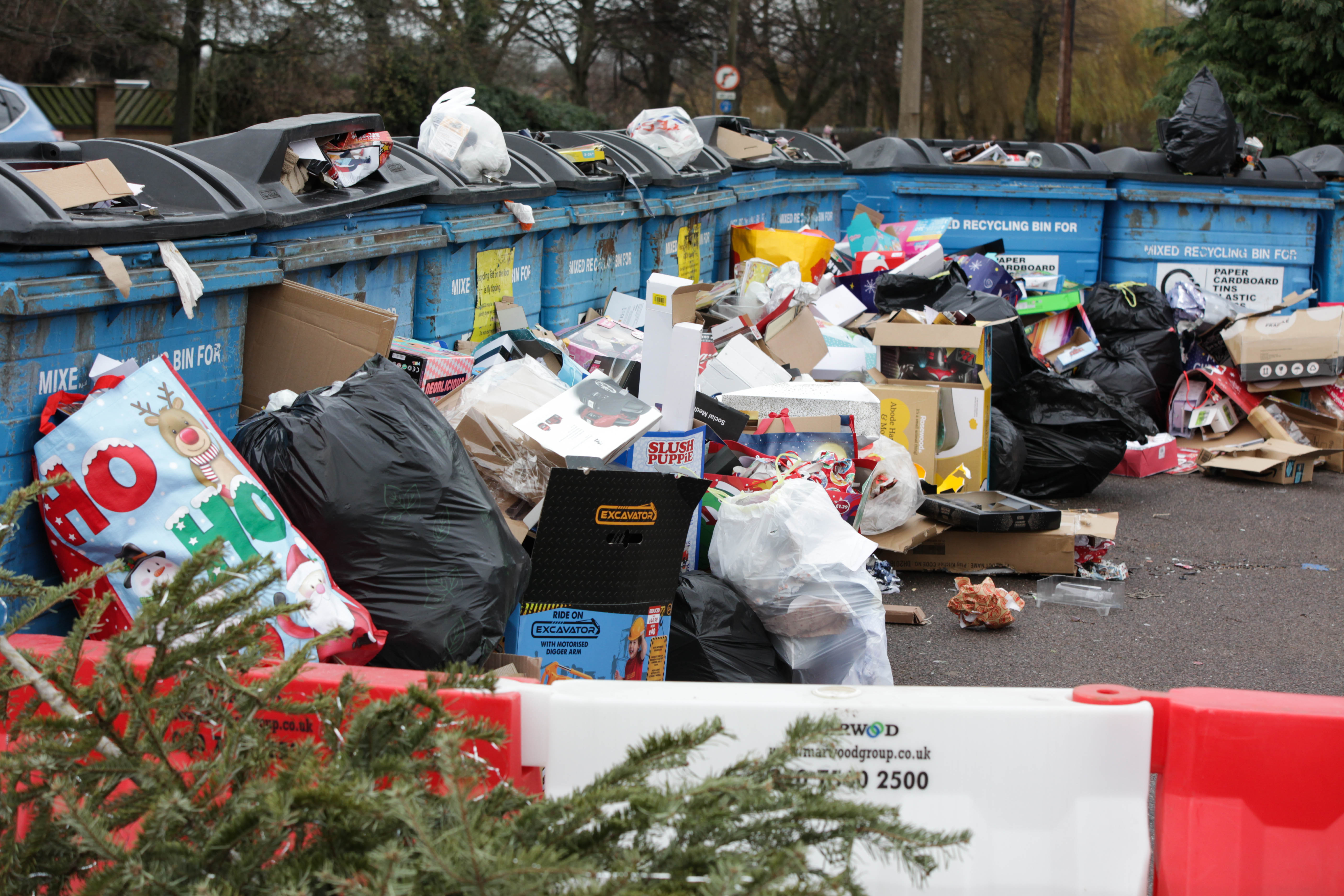 In Sheffield, mountains of cardboard, empty beer boxes and other bags of waste can be seen pouring from bins at Asda stores in Chapeltown, Handsworth and Parsons Cross.

Morrisons in Ecclesfield also had a huge pile of rubbish, angering those who use the supermarket.

One frustrated local told Yorkshire Live: "It's absolutely disgusting, the bins are all full, so people have just dumped at front.

"Why they couldn't just go and try the actual recycling centre at Longley (or Google the opening times first) or even drive down to check if Morrisons bins had space, I don't know."

Another said: "Selfish people, taking advantage of the store being closed for two days while hard working staff have a rest, giving them more to do when they go back.

Sheffield Council is allowing extra waste to be collected alongside normal bin days during the festive period.

Between December 27 and January 22 you can put out up to two bags of extra general waste out next to your bin to be collected.

Any non-recyclable waste can be put into a black bag, tied and then put out for collection next to the black bin.

One person said: "People should be ashamed of themselves!

"It annoys the life out of me that the blue bin is so small and only emptied once a month but I wouldn't dream of dumping it elsewhere for someone else to sort out."

A recycling centre at West Park in Long Eaton, Derbs, was also full of Christmas rubbish after people flocked to clear their homes of toy boxes, trees and wrapping paper.

Despite signs warning dumpers that rubbish left on the floor was flytipping, the piles of rubbish were stacked high on the ground.

Erewash Borough Council who manage the recycling point were later forced to close the site's gates – and took to Twitter to tell people to stop fly tipping.

The council wrote: "A reminder not to leave items on the floor at West Park Recycling Centre in Long Eaton and to only put the accepted materials – paper, cardboard, tins, plastic and glass – in the blue bins." 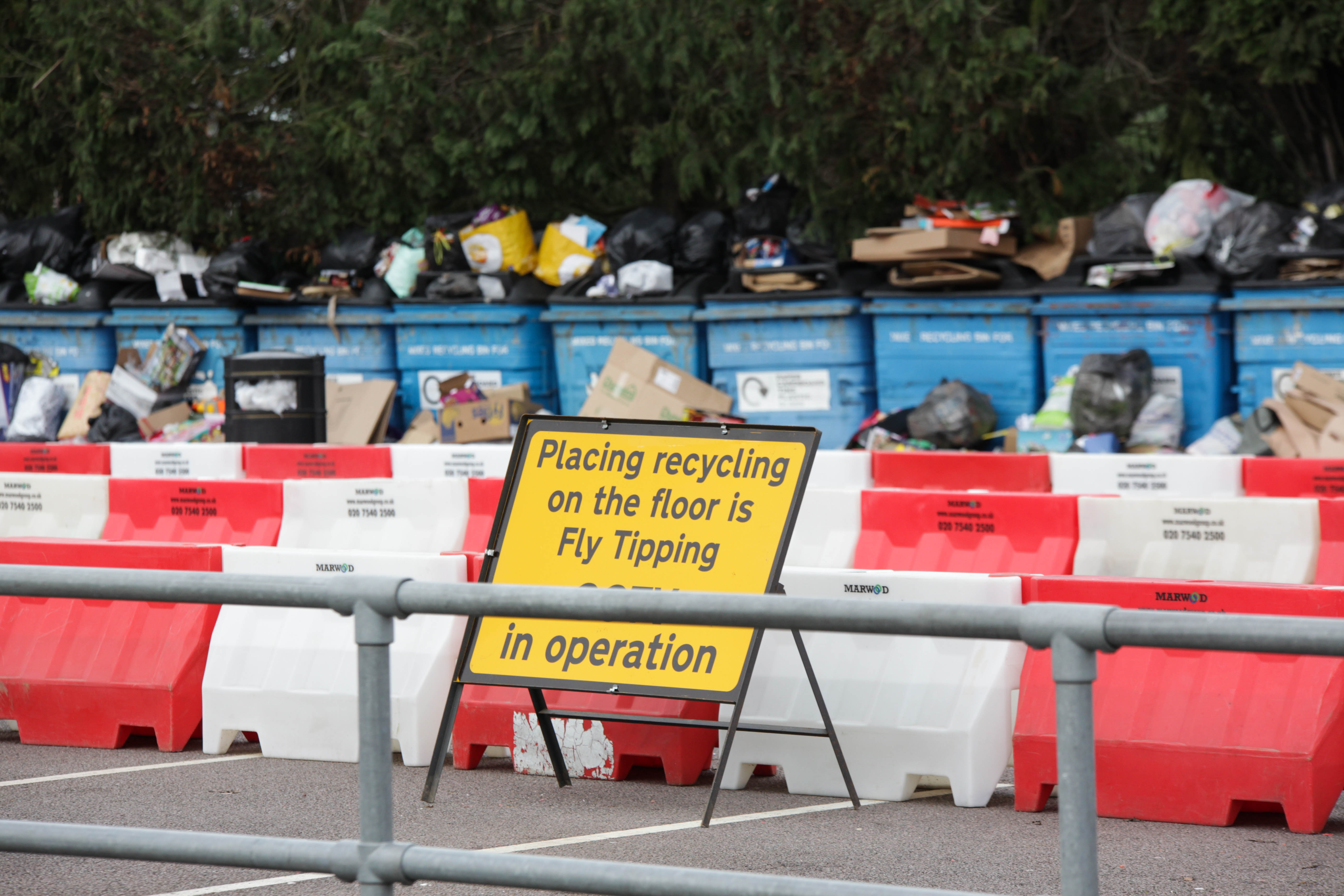 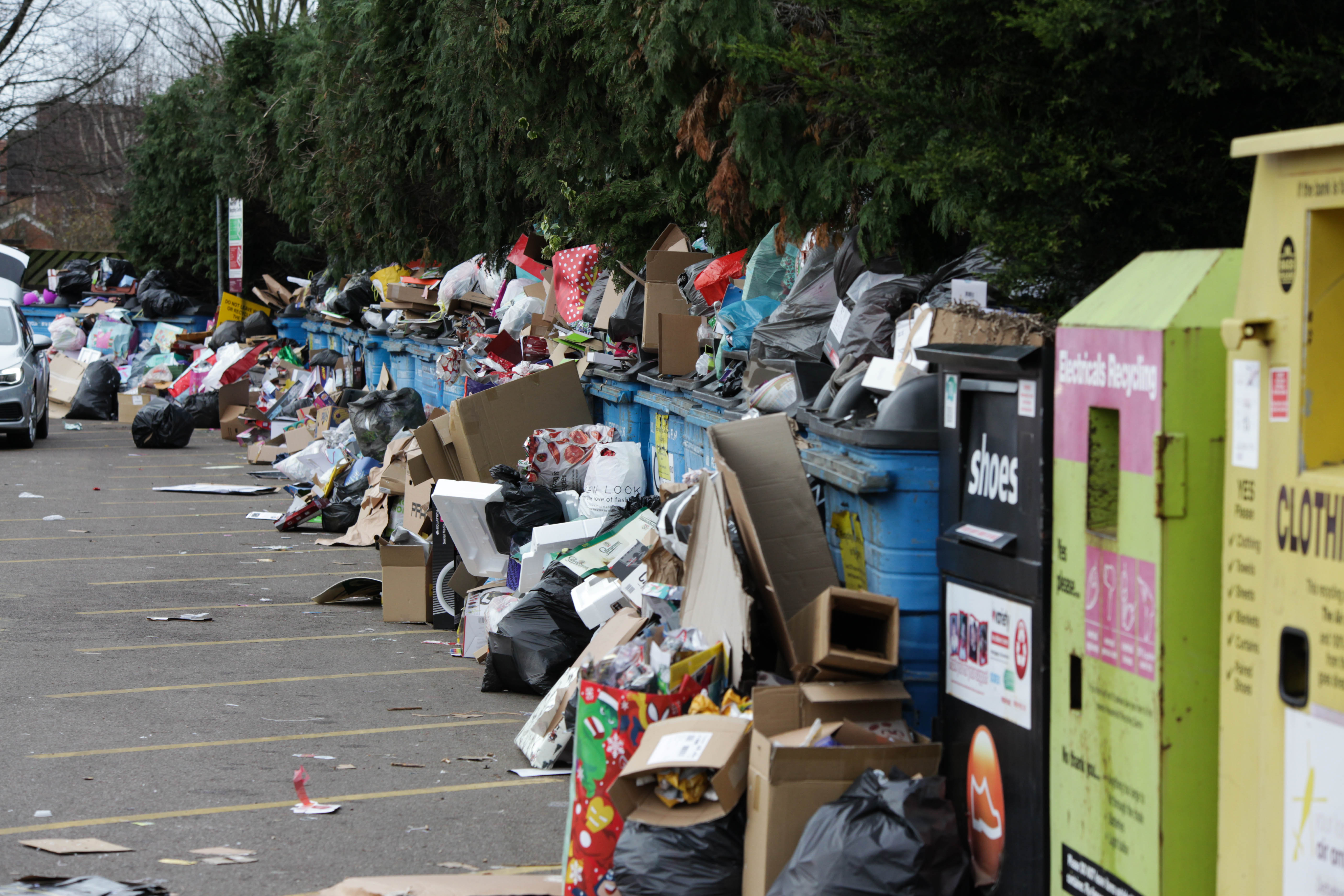 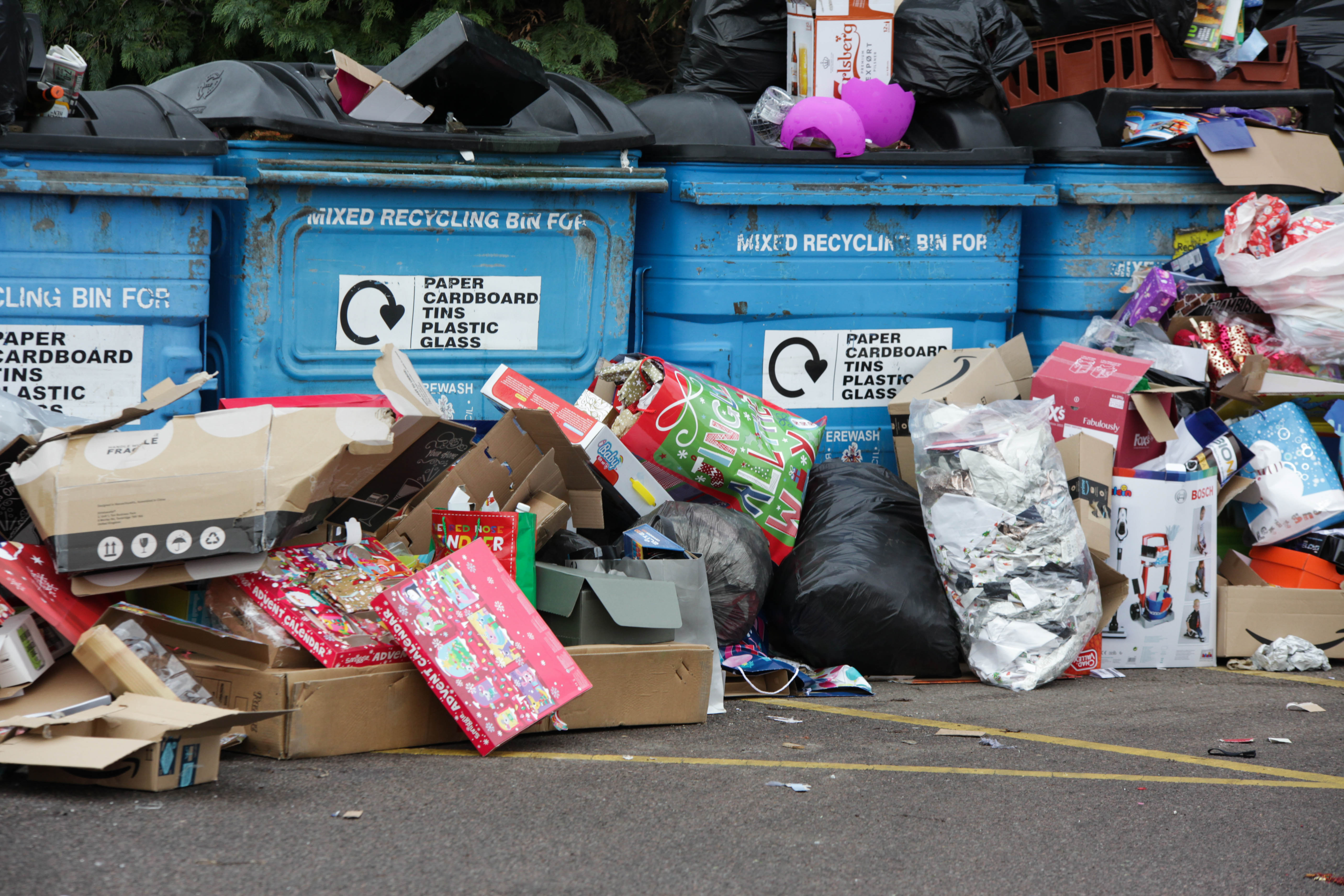