Cigarette sales plunged by roughly 20 million a month after plain packaging rules and harsher taxes were brought in three years ago, a study has found.

Sales were falling by around 12 million a month before the restrictions implemented in May 2017, according to the Tobacco Control Research Group (TCRG), based at the University of Bath.

But after Britain became the second country in the world to bring in plain packaging laws, following Australia’s lead, the drop in sales accelerated, The Guardian reported.

Professor Anna Gilmore, Director of the TCRG, said: ‘The underlying rate of decline in tobacco sales almost doubled after these policies were implemented.’ 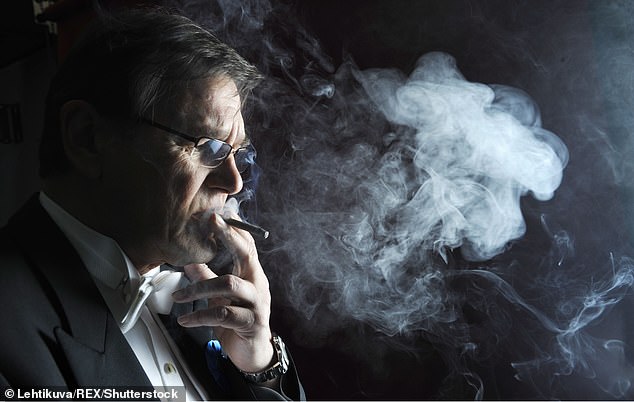 Cigarette sales plunged by roughly 20 million a month after plain packaging rules and harsher taxes were brought in three years ago, a study found (stock image)

The study was funded by Cancer Research UK and the British Heart Foundation, and published in the British Medical Journal publication Tobacco Control on Monday.

It found that net revenue for the tobacco industry had dropped by 13 per cent from £231million to £198million a month after the stricter policies were implemented.

There had been suggestions that bringing in the tougher measures would mean an increase in the sale of smuggled cigarettes, but HM Revenue & Customs reported no increase over the period, the TCRG study said.

Professor Gilmore added: ‘Governments around the world considering plain packaging can be reassured that this policy works and that the real reason the industry opposes this legislation so vehemently is because it threatens its profitability.

‘With coronavirus already posing a threat to tobacco company sales and plain packaging of tobacco taking off in other jurisdictions, our findings are more bad news for tobacco companies.’

The study also found that smokers were moving towards cheaper brands because the packaging was no longer being used to differentiate them.

Study lead Dr Rosemary Hiscock said that the tobacco industry had been using packaging to signal the difference between premium and less expensive brands ‘for many years’.

The director of smokers’ lobby group Forest, Simon Clark, said that Office for National Statistics figures show that the smoking rate fell ‘significantly more’ in the years before the measures were brought in than in the period since. 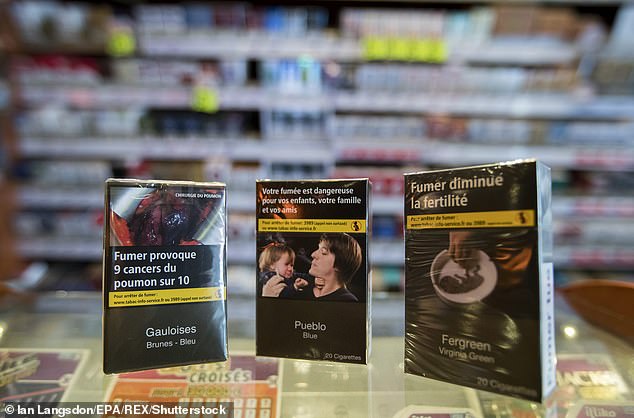 Mr Clark said that ‘grandstanding policies’ like plain packaging have ‘minimal impact’ because the product is what matters, not the packaging.

The study comes as menthol cigarettes were banned in the United Kingdom last month as part of a European Union drive to discourage young people from taking up smoking.

The prohibition — which also makes flavoured rolling tobacco and ‘skinny’ cigarettes outlawed — came into effect on May 20, 2020.

Experts think that flavoured cigarettes make smoking more appealing to non-smokers because they relax the airways and lower the severity of the smoke.

The ban comes from the EU’s new Tobacco Product Directive laws, which prohibit all menthol cigarettes.

The rules will still apply to Britain during the Brexit transition period, as the instruction was implemented into UK law in 2016.

20m, by, cigarette, plunged, sales
You may also like: