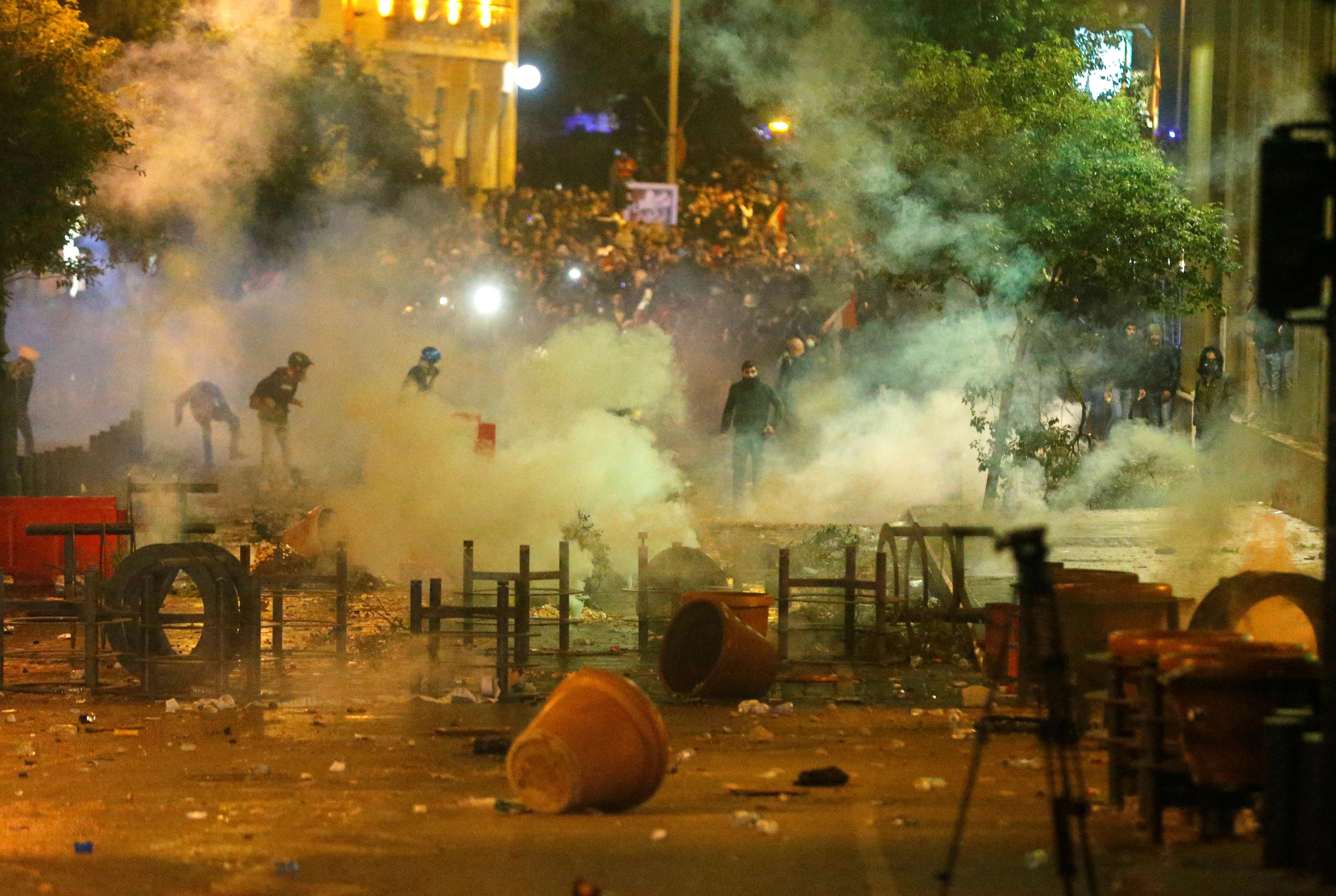 BEIRUT (Reuters) – Smoke engulfed central Beirut as security forces fired tear gas at a protest near Lebanon’s parliament on Sunday in a second night of clashes.

Hundreds of people had returned to demonstrate in Beirut despite a fierce crackdown by security forces at a protest the night before when clashes wounded dozens.

It marked some of the most violent unrest in a wave of protests that has swept Lebanon since Oct. 17, furious at a ruling elite that steered the country toward its worst economic crisis in decades.

Riot police and security forces, deploying again in large numbers on Sunday, unleashed water cannons at protesters who remained on the streets into the night.

The protests erupted in October from a build-up of anger at the rising cost of living, new tax plans and a political class that has overseen decades of corruption.