HOW’S this for a selfie?

The co-pilot of an F-15 Strike Eagle jet snapped a pic while flying through Snowdonia National Park, where airmen regularly train in the so-called Mach Loop. 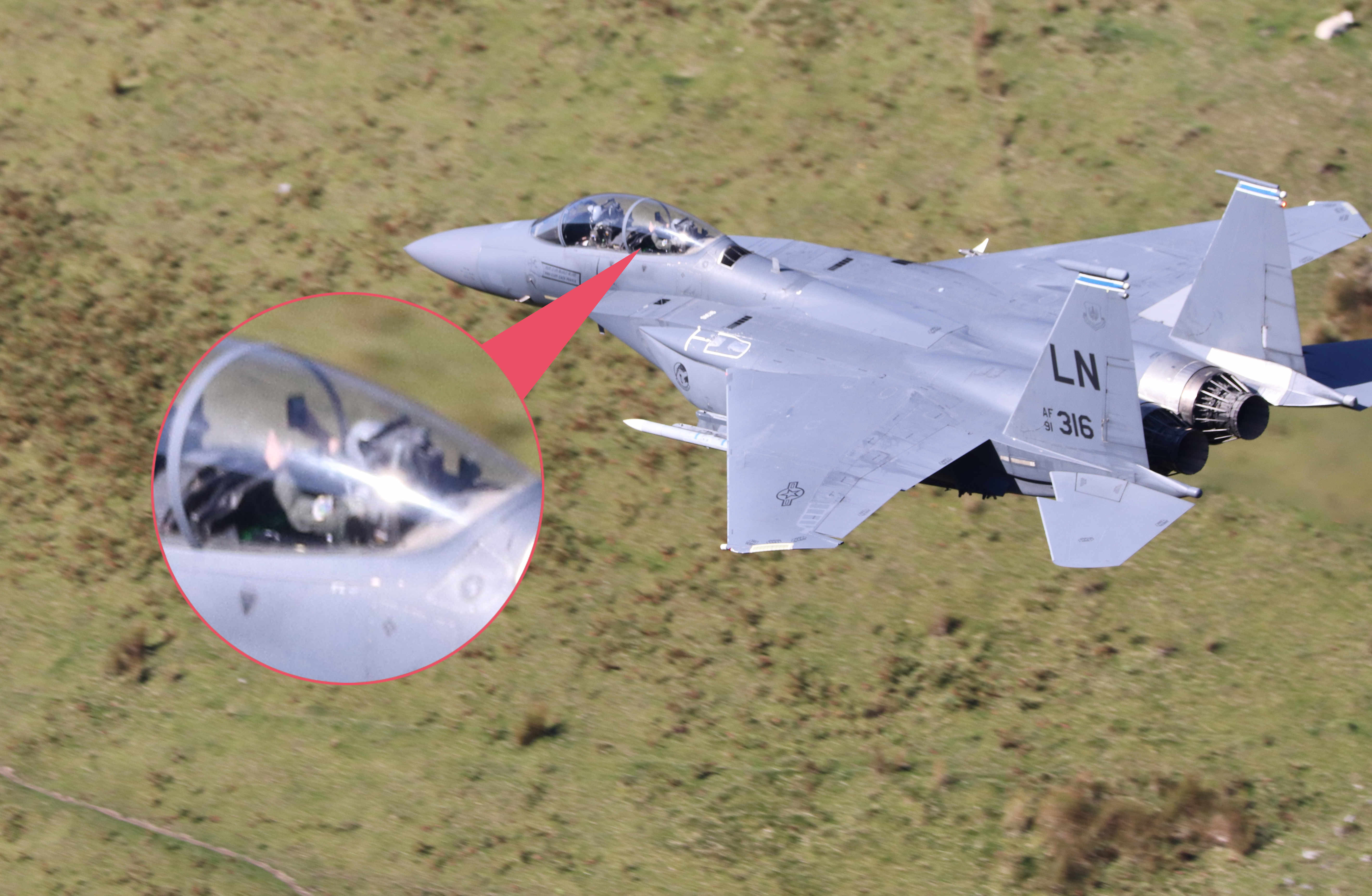 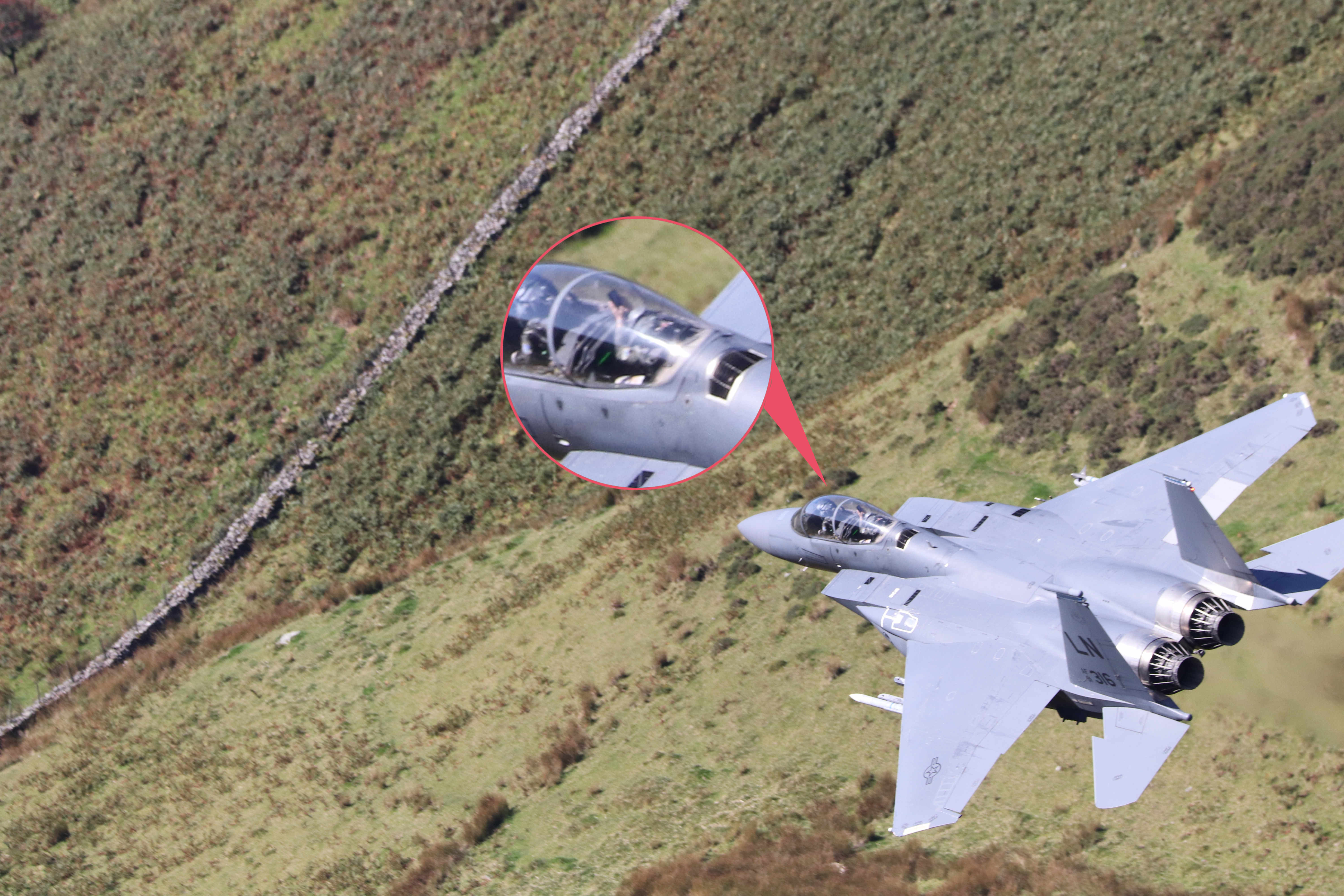 Photographer Paul Davidson, 46, took the incredible picture of the fighter jet as it screamed by.

He said: “I didn’t see the Weapon Systems Officer using the mobile phone at first.

“It wasn’t until I got home and viewed the photo on computer that I saw they were using the handset.”

END OF THE LINE

Jets often use the area for low flying at speeds of up to 575mph and 500ft from the ground.

With a top speed of 1,875 mph, the fighter jets have previously been used for deep air strikes in Iraq, Afghanistan, Syria, and Libya. 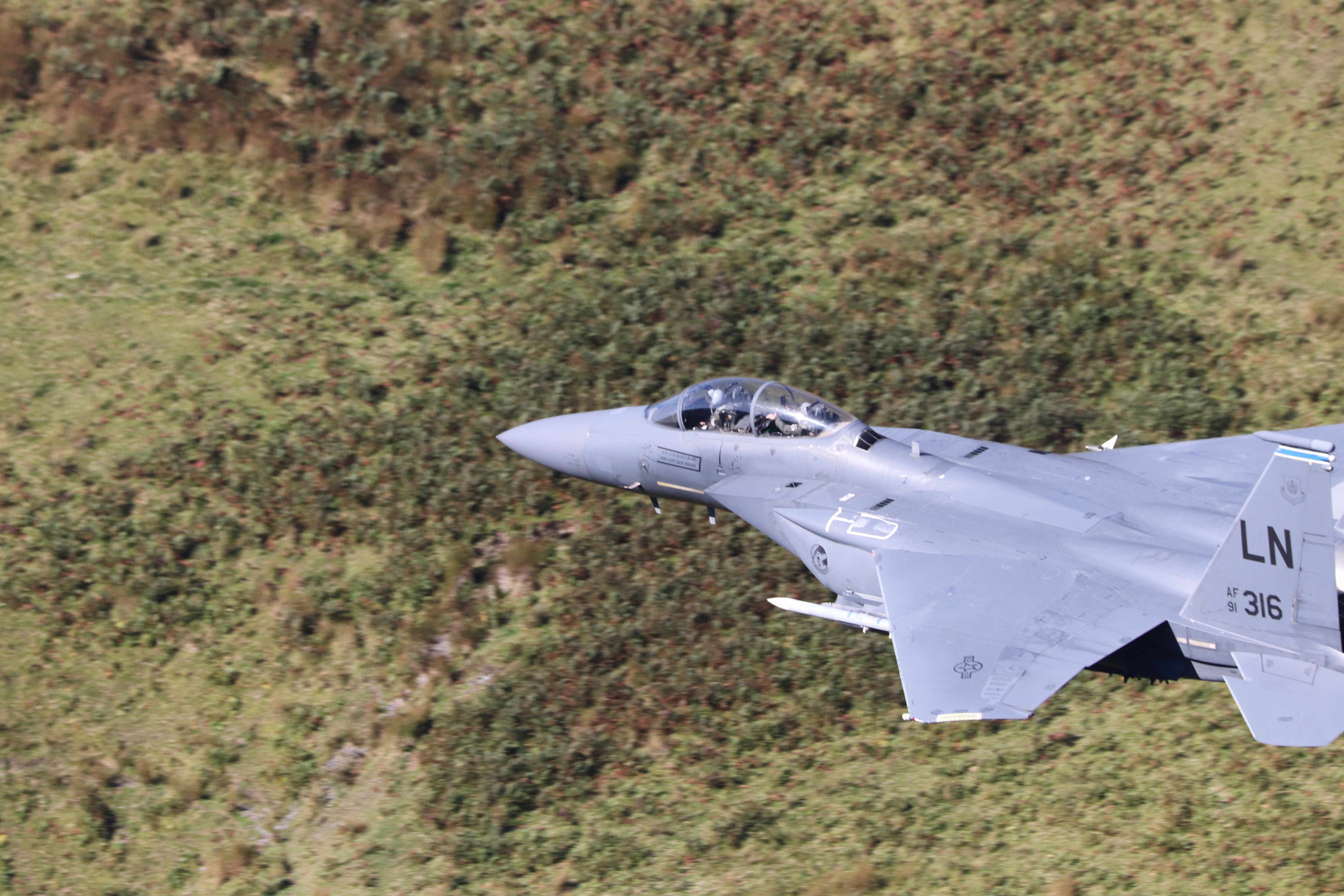