A recent college graduate is marking his first foray into his post-education life by embarking on a cross-country trek to raise awareness of the plight of the world’s oceans.

Sam Bencheghib, 22, told ABC News he witnessed first-hand the pollution plaguing oceans when he and his brother would surf off the coast of Bali after he and his family moved there from Paris.

“We would kind of go to the beach every day and realize there’s trash everywhere,” he said. “We were paddling in trash. That’s where my passion for the oceans and my want to fight against plastic pollution really began.”

Bencheghib and his 24-year-old brother, Gary, started organizing local beach cleanups about 10 years ago, he said. Their efforts later evolved to video storytelling to reach a larger audience, and the pair co-founded Make a Change World, a media organization that aims to promote uplifting and inspirational content about sustainability.

Part of the brothers’ strategy to raise awareness on plastic pollution and the effects it can have on the environment, especially the ocean, is to see through “crazy ideas to get people’s attention,” he said. 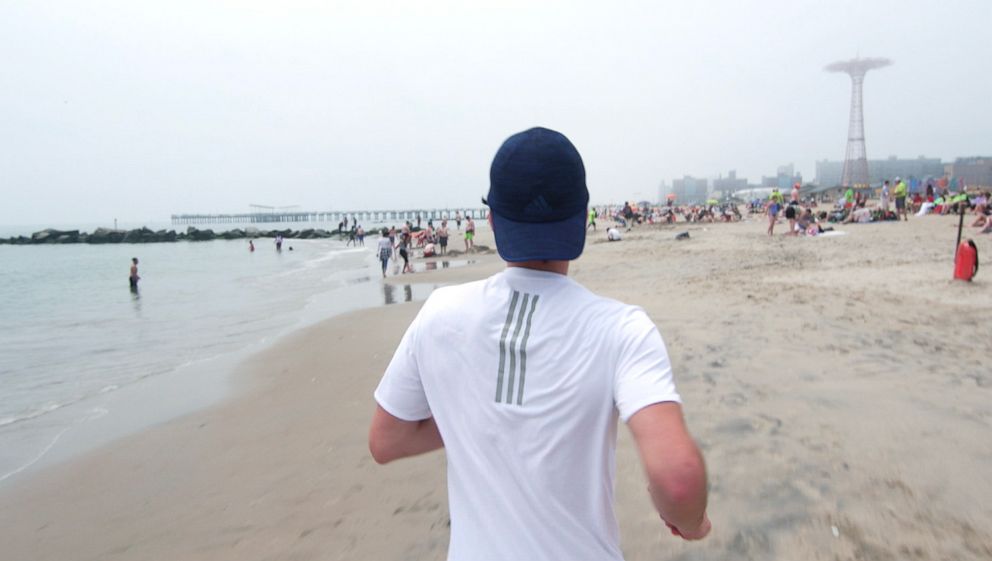 One of their most effective schemes came in August 2017, when they built two kayaks out of plastic bottles and floated down the Citraum River in West Java, Indonesia, widely considered one of the most polluted rivers in the world.

The video the Bencheghibs posted to Facebook garnered so much attention that Indonesian President Joko “Jokowi” Widodo made a public commitment to clean up the river within seven years.

Bencheghib, who in May graduated from Lehigh University in Bethlehem, Pennsylvania, is gearing up for his next adventure in the name of the environment. He plans to run across the U.S. — from ocean to ocean — in an effort to emphasize the importance of sustainability and reducing plastic use.

The journey will begin in Battery Park in New York City on July 26 and end six months later in Santa Monica, California. Bencheghib will be running six days a week, 20 miles a day, all the while being followed by a camera man and RV driver to document the expedition.

In total, the run will encompass about 3,100 miles, and he’ll do it while wearing the Adidas x Parley running shoes, which are made with up-cycled plastic waste collected from remote beaches and coastal communities.

“We really think that no idea is crazy enough to talk about plastic pollution,” he said. Ironically, he considers himself more of a tennis player and “not much of a runner,” he said. 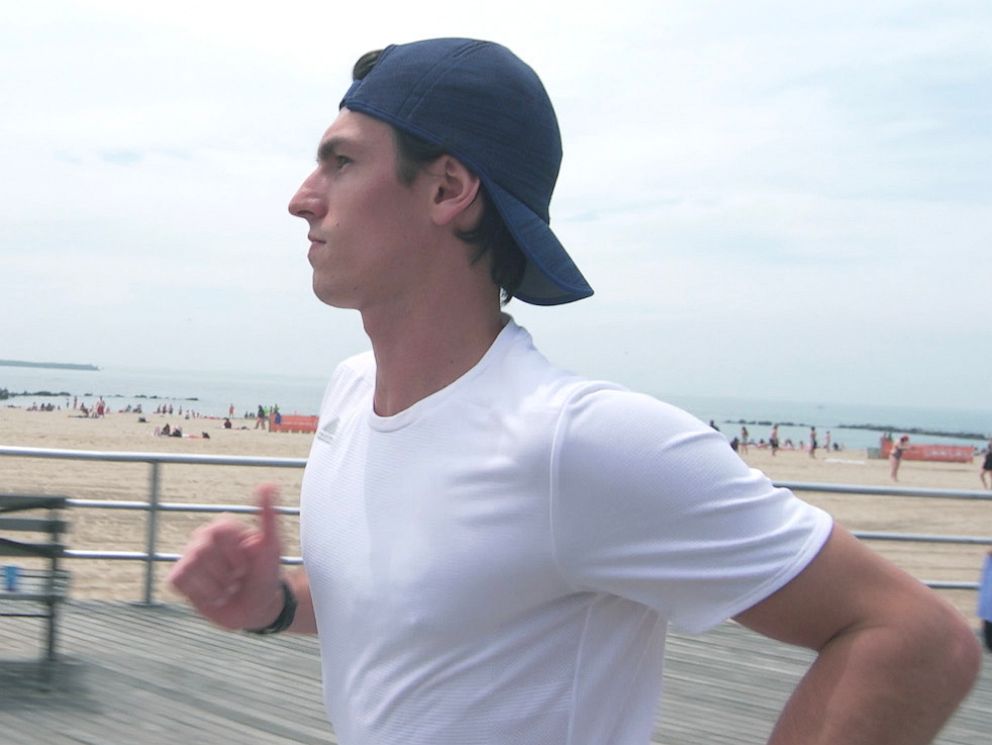 Along the way, Bencheghib will be doing everything he can to get people’s attention, he said. On his rest days, he will be stopping by college campuses to talk to as many people as he can about the issue as well as showing up to every City Hall possible in an effort to convince mayors to sign a no-plastic pledge.

The eldest Bencheghib sibling, Kelly, told ABC News she’s “super in awe” at the “incredible challenge” her youngest brother is taking, adding that it combines his two passions: athleticism and the environment.

“I’m actually super worried about his health, but I know that he’s doing everything to be able to complete that challenge, and he’s so passionate about the environment,” she said.

Kelly Bencheghib, 26, also works with Make a Change World from her post in Paris, while Gary is based in Bali and Sam in New York City. She said her parents are “super proud” of their children.

“They couldn’t be happier to have their three children working together,” she said. “We’re a very close family.”

Sam Bencheghib said he hopes his quest will help illustrate to the world just how devastating the effects of the current usage rates of plastic are and inspire people to change their habits.

“In the time of such environmental concern, we need to talk about the solutions and innovations available to us instead of just using plastic,” he said.