BOGOTA (Reuters) – A fugitive lawmaker and former FARC rebel commander sought by U.S. and Colombian authorities may have fled to Venezuela, Colombia’s president said on Thursday, threatening to denounce any country that protects him. 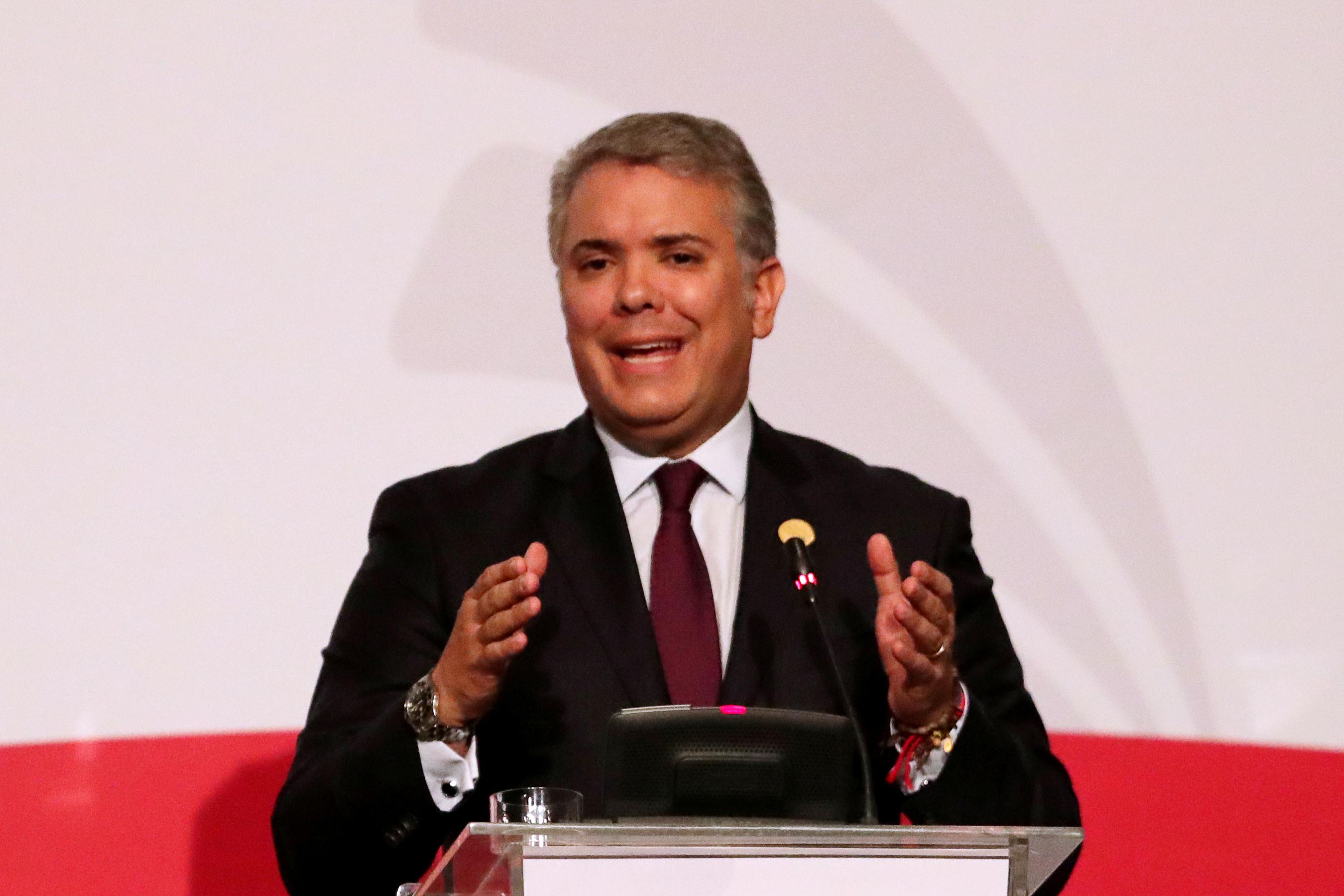 President Ivan Duque said his government was looking into whether Seuxis Paucias Hernandez – known in Colombia as “Jesus Santrich” – fled to Venezuela after ditching his bodyguards at a reintegration camp for former rebels near the countries’ shared border on June 30.

Duque’s government has offered a reward of up to 3 billion pesos ($935,000) for information leading to his capture.

“Could he be in Venezuela? That’s a real probability, because it’s close to the area he fled from,” Duque was quoted telling a radio station in a statement from his office.

“No country can protect him,” Duque added. “And if there is any country protecting him, we’re going to denounce it internationally.”

Venezuela’s information ministry did not immediately respond to a request for comment.

If Hernandez did flee to Venezuela, it would likely further fuel hostilities between the two South American countries that earlier this year led Venezuelan President Nicolas Maduro to close their border.

Colombian authorities believe dissident FARC rebels and fighters for leftist rebel National Liberation Army (ELN) are hiding in Venezuela and receiving protection from Maduro, according to a military intelligence report seen by Reuters.

The United States requested Hernandez’ extradition last year, accusing him of smuggling 10 tonnes of cocaine in 2017, allegations that he has denied. This week, Colombia’s Supreme Court issued a warrant for his arrest after he failed to appear for scheduled questioning about the charges.

Hernandez’ disappearance has been a blow to Colombia’s landmark 2016 peace deal, which sought to end one of the region’s longest and deadliest internal conflicts by encouraging former rebels to put down their weapons and enter politics and normal society.

Hernandez was one of just 10 former FARC commanders given congressional seats under the terms of the deal. Another FARC lawmaker also went missing last year, leaving eight active FARC lawmakers.

FARC’s political party has criticized Hernandez’ failure to show up in court this week. “It disappoints and hurts us deeply,” it said in a statement earlier this week.

colombia, Cr, Peace, Us, Venezuela
You may also like: