John Bercow is under fresh pressure tonight after the Commons standards watchdog hit out at rules that stopped her investigating bullying claims.

Kathryn Stone demanded an overhaul of the system that let MPs block a probe into the Speaker’s conduct towards staff.

The intervention raises the prospects of Mr Bercow finally facing independent scrutiny of his actions.

MP critics told MailOnline they are ready to resubmit complaints about him as soon as the rules change. 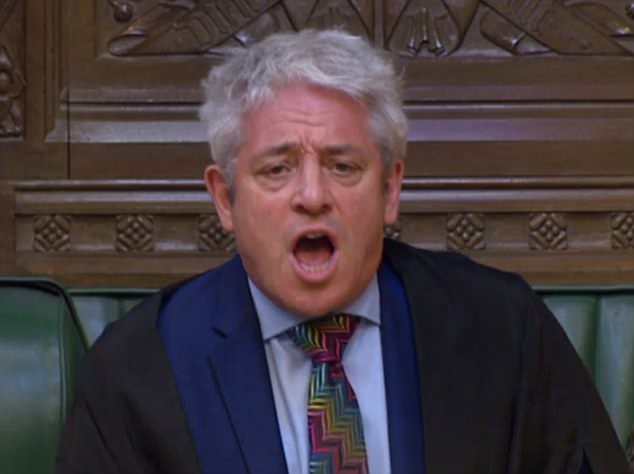 Under the current arrangements, politicians on the Standards Committee must sign off any inquiry into allegations that are over seven years old.

And last month MPs voted by a margin of three to two to prevent examination of a series of allegations about Mr Bercow – all of which he denies.

They included his former secretary Andrew Sinclair, who claimed he was subjected to a vicious campaign of abuse before being ‘gagged’ with an £86,000 deal to quit.

Ms Stone had up to now maintained silence on the controversial bar on her work.

But in her annual report published today, the watchdog made clear that she believes MPs should not have the power to mark their own homework.

What are the claims of bullying and bad behaviour made against John Bercow?

John Bercow has been hit by a number of bullying claims, all of which he denies. Here are the allegations:

Said he left his post in 2010 after he was subjected to angry outbursts, foul- mouthed tirades and mimicry by John Bercow.

He said was ‘gagged’ and stopped from speaking out about his time in the role as part of an £86,000 early retirement payoff.

Rod David, who retired last year, said staff were ‘terrified’ of the Speaker.

She took a job as Mr Bercow’s private secretary in May 2010 but left her role less than a year later in February 2011 amid claims she was bullied by the Speaker.

Her colleagues alleged that this was because of the behaviour of Mr Bercow after she told staff that she suffered from post-traumatic stress disorder.

Colleagues told Newsnight that she was undermined by Mr Bercow in a range of ways – and he seemed to shout at her a lot.

Ms Stone said it was ‘time to review the requirement for the Commissioner to consult the Committee on Standards before beginning inquiries into allegations concerning events which occurred more than seven years earlier’.

‘If exceptions to the general time-limit are to be permitted, confidence in the independence of the system might be better served by allowing the Commissioner to decide the exceptions.

‘Ultimately, this is a matter for the House itself to determine but I look forward to working with the Committee to review this.’

Ms Stone said one of her main tasks over the coming year was to ‘ensure that the House’s standards framework aligns more closely with best practice for handling allegations of bullying and harassment, and sexual harassment’.

Mr Bercow has voiced defiance despite mounting calls from Tory MPs for him to quit.

He pledged on becoming Speaker in 2009 that he would only serve nine years.

However, he has since reneged and insisted this week that he was not ‘going anywhere’.

Tory MP James Duddridge – who made the complaint that was rejected by the standards committee – said the call from the commissioner was ‘great news’.

‘He will not come up smelling of roses this time,’ he told MailOnline.

‘He should have taken the opportunity to honour his promise to stand down by June 22.

‘There is no reason now this change is being considered that an identical complaint cannot be made.

‘I am dusting off my keyboard now.’

A wider inquiry being led by a judge into the abusive culture at Westminster has said it will not consider specific cases.

He refused to apologise despite admitting that he had described her as ‘stupid’.

However, the standards commissioner said she was unable to look into that incident as only the Speaker has the power to rule on conduct in the chamber. 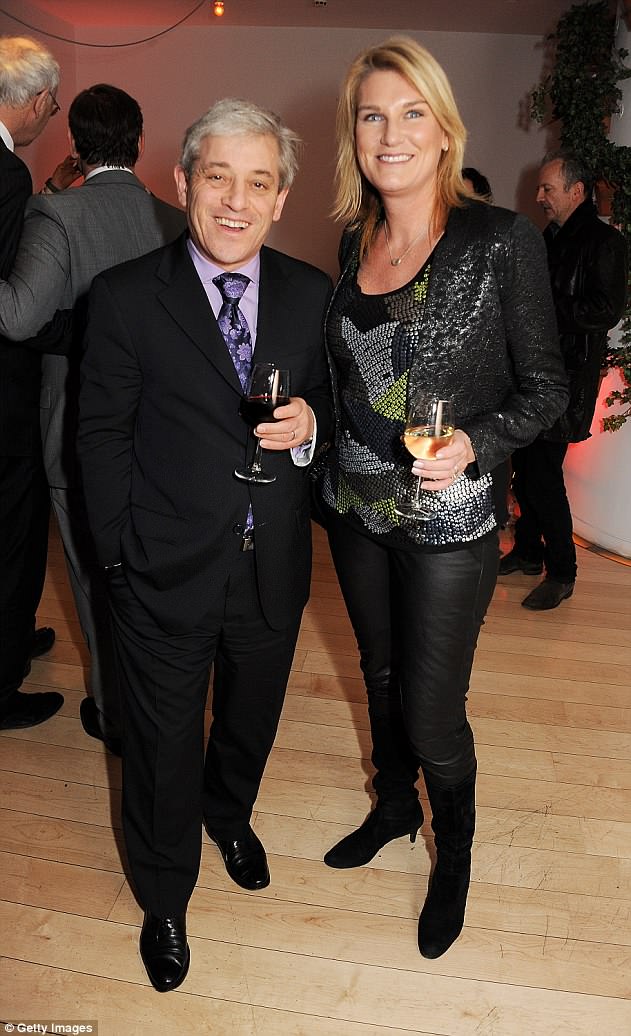