Deadly Ebola outbreak in Congo is now the second-biggest in history as number of cases hits 426 in the war-torn country, World Health chiefs declare

The epidemic in a volatile part of the Democratic Republic of Congo is behind only the devastating West Africa outbreak that killed thousands a few years ago.

That includes 379 confirmed cases and 47 probable ones. 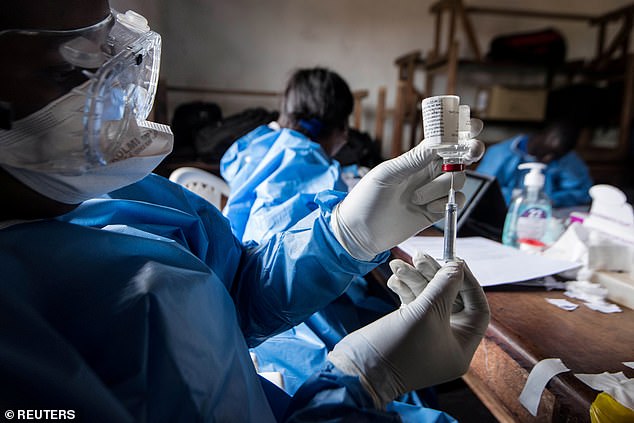 Ebola is believed to have killed 245 people in North Kivu and Ituri provinces where attacks by armed groups and community resistance to health officials have hampered the response.

Attacks by rebel groups and open hostility by some wary locals have posed serious challenges that Ebola workers say they have never faced before.

Many venture out on critical virus containment work only with the accompaniment of UN peacekeepers while gunfire echoes daily.

Salama this month predicted that the outbreak in northeastern Congo will last at least another six months before it can be contained. 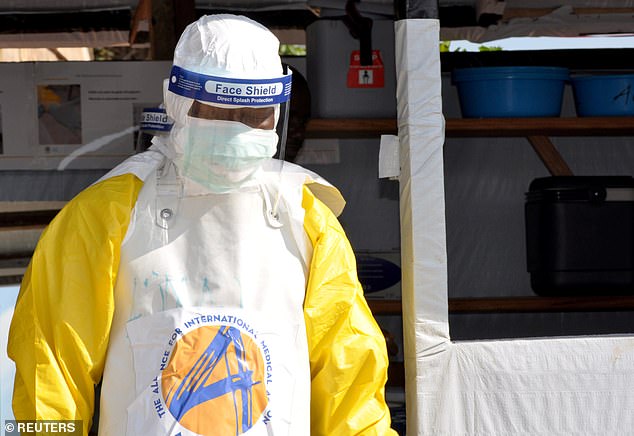 A medical worker wears a protective suit as he prepares to help an Ebola patient in Beni, North Kivu province of the Democratic Republic of Congo

Congo has suffered 10 Ebola outbreaks since the virus was discovered there in 1976.

It spreads through contact with bodily fluids and causes hemorrhagic fever with severe vomiting, diarrhoea and bleeding, and in many flare-ups, more than half of cases are fatal.

‘This tragic milestone clearly demonstrates the complexity and severity of the outbreak,’ Michelle Gayer, Senior Director of Emergency Health at the International Rescue Committee said in a statement.

‘The dynamics of conflict (mean) … a protracted outbreak is … likely, and the end is not in sight.’ 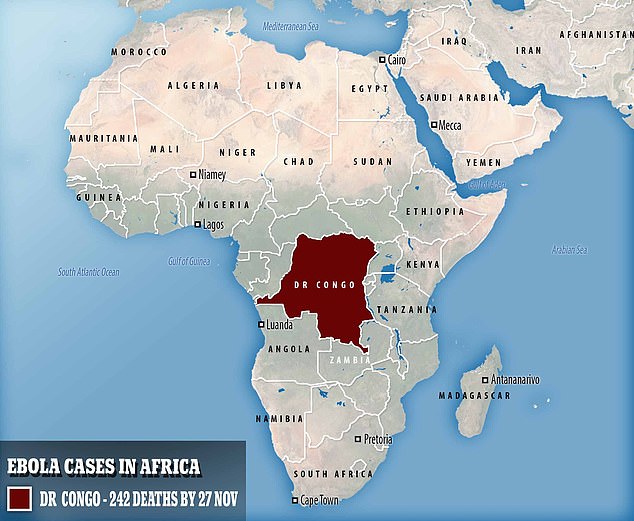 2nd, Congos, Ebola, larg, outbreak
You may also like: