Is Britain bouncing back? Construction industry starts growing again at fastest rate for two years after suffering worst plunge EVER during coronavirus lockdown

There was more evidence of a UK bounceback from coronavirus lockdown today with signs the construction industry has returned to growth.

The closely-watched PMI index surged to 55.3 last month, up from just 28.9 in May and its record low of 8.2 in April. Anything above 50 on the IHS Markit/CIPS  measure represents an increase in activity.

The figures suggest the economy is dragging itself off the floor after the shutdown to combat the deadly disease.

The country is facing the worst recession in 300 years, with fears millions of people will be left unemployed. However, the Bank of England has highlighted glimmers of hope that the downturn might not be quite a deep as initially feared.

Chancellor Rishi Sunak is set to unveil plans for shoring up jobs in a mini-Budget on Wednesday, after Boris Johnson loosened lockdown at the weekend so shops and the hospitality sector can get up and running. 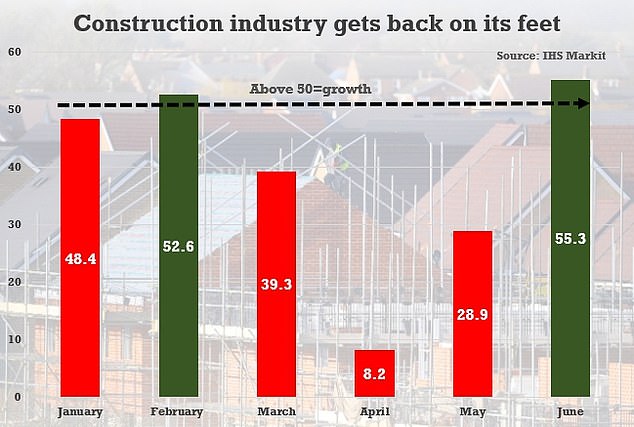 The closely followed PMI index surged to 55.3 last month, up from just 28.9 in May and its record low of 8.2 in April

The influential survey of purchasing managers found the steepest pace of growth for the construction sector since July 2018, as supply chains reopened following stoppages and business closures.

Around 46 per cent of survey respondents reported an increase in activity in residential building, while only 27 per cent said they experienced lower activity.

Commercial work and civil engineering activity also returned to growth in June, although the rates of expansion were softer than those seen for house building.

However, it said that the rate of new order growth was softer than the general improvement in business activity, as firms reported a ‘hesitancy among clients and longer lead times to secure new contracts’.

Employment also fell amid worries about the longer term outlook for demand which resulted in cautious hiring policies and, in some cases, redundancies, as furlough arrangements ended.

‘As the first major part of the UK economy to begin a phased return to work, the strong rebound in construction activity provides hope to other sectors that have suffered through the lockdown period.’

Duncan Brock, group director at the Chartered Institute of Procurement & Supply (CIPS), said: ‘Only two months ago the construction sector produced the worst results in the history of the PMI, and there are still some potholes to navigate around as Government support for jobs is stripped away.

‘But with a significant rise in the headline output number, it looks as though all the building blocks are there for the sector’s increasing health.’ 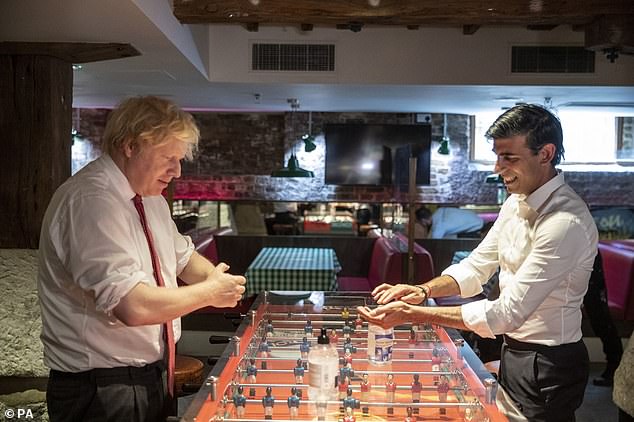