A COP was grabbed by a "gang member and put in a headlock" as a crowd of bystanders chanted "f**k him up."

Two officers were trying to disperse a crowd in the Bronx, New York, on July 1 when they turned against them. 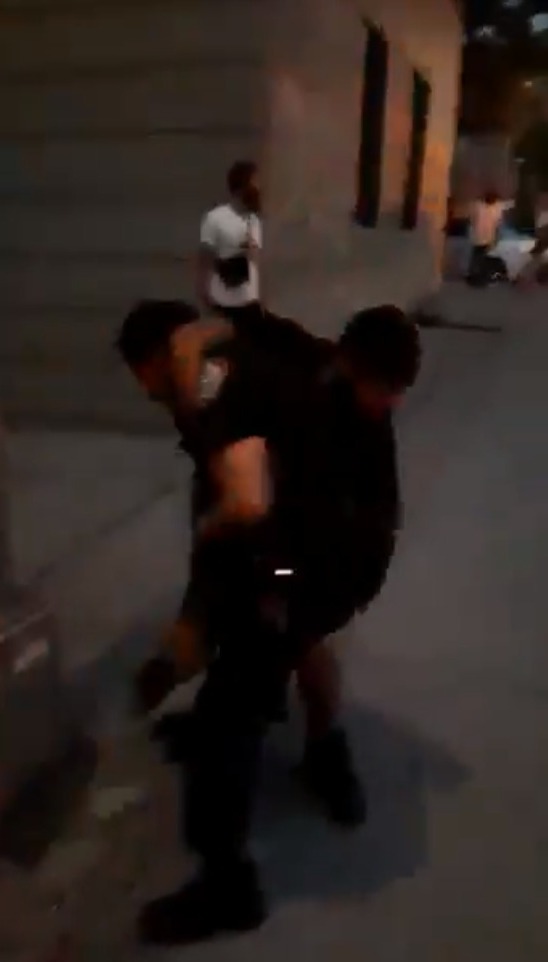 The footage shows a cop trying to arrest a man, who they put one of the officers in a four-second headlock.

"F**k him up! F**k him up!" the person who filmed the video shouted as the suspect wrapped his right arm around the cop's neck.

The video was posted on Twitter on Saturday by the Sergeants Benevolent Association. 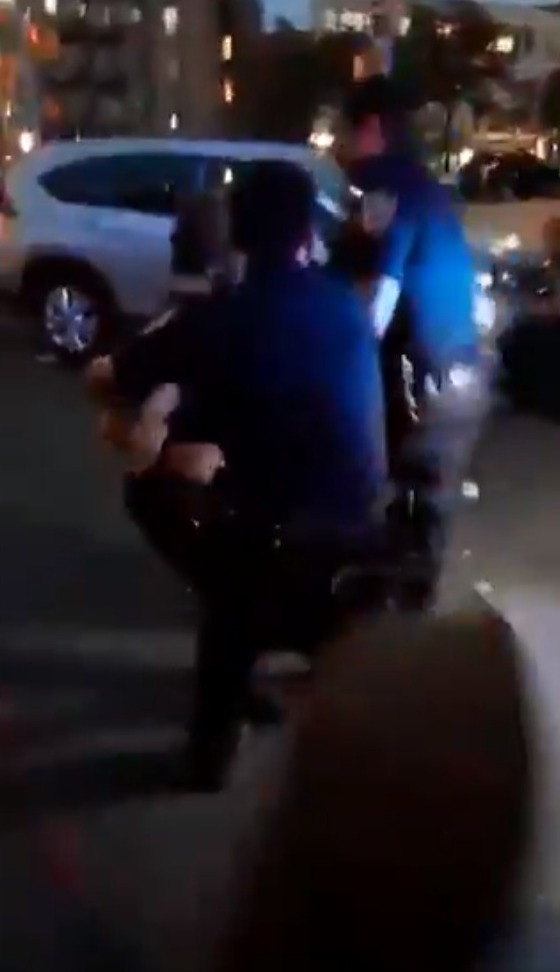 The caption read: "COREY JOHNSON your STUPID law is about to be signed by NYC STUPID Mayor it’s time you both take your community input & grab these perps yourself."

"Putting a cop in a headlock could mean a death sentence if they lose control of their gun," an outraged law enforcement source told the New York Post.

"A cop in a headlock can’t maintain weapons control."

Sources also told the outlet that the cop who was put in a headlock had a gash to the head and had to have staples.

Cops also said that the "headlocker" – who is a known gang member – turned himself in a week later.

The suspect was released without charges.

"The NYPD was disappointed that the individual was not charged initially," an NYPD spokesperson told the Post.

An, by, cop, gang, grabbed, member’
You may also like: