SEVEN people have been arrested by the Metropolitan Police who were pelted with objects as they tried to shut down illegal London raves for a third night.

The arrests include two people in Newham who were carrying a firearm and a "Rambo-style" knife. 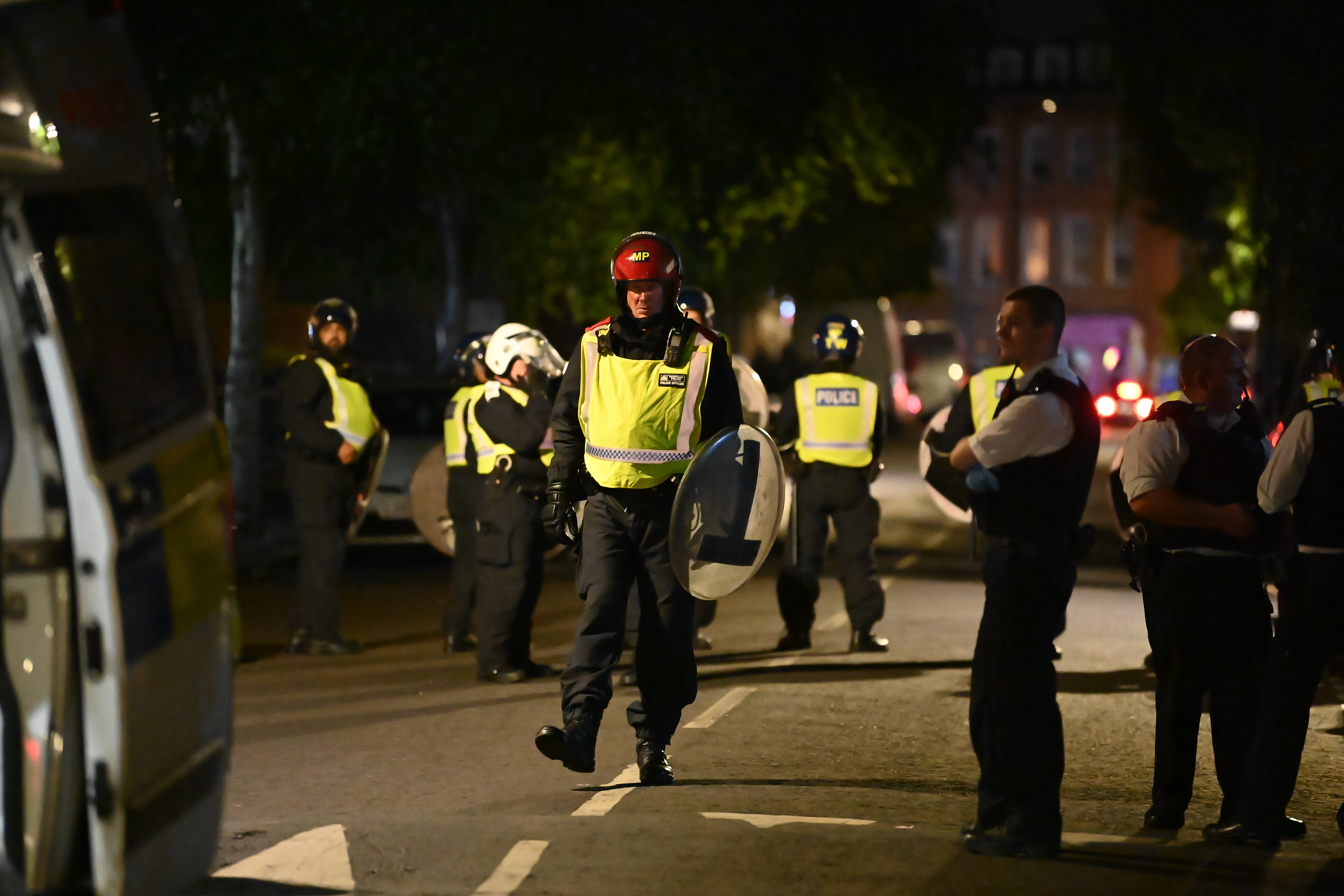 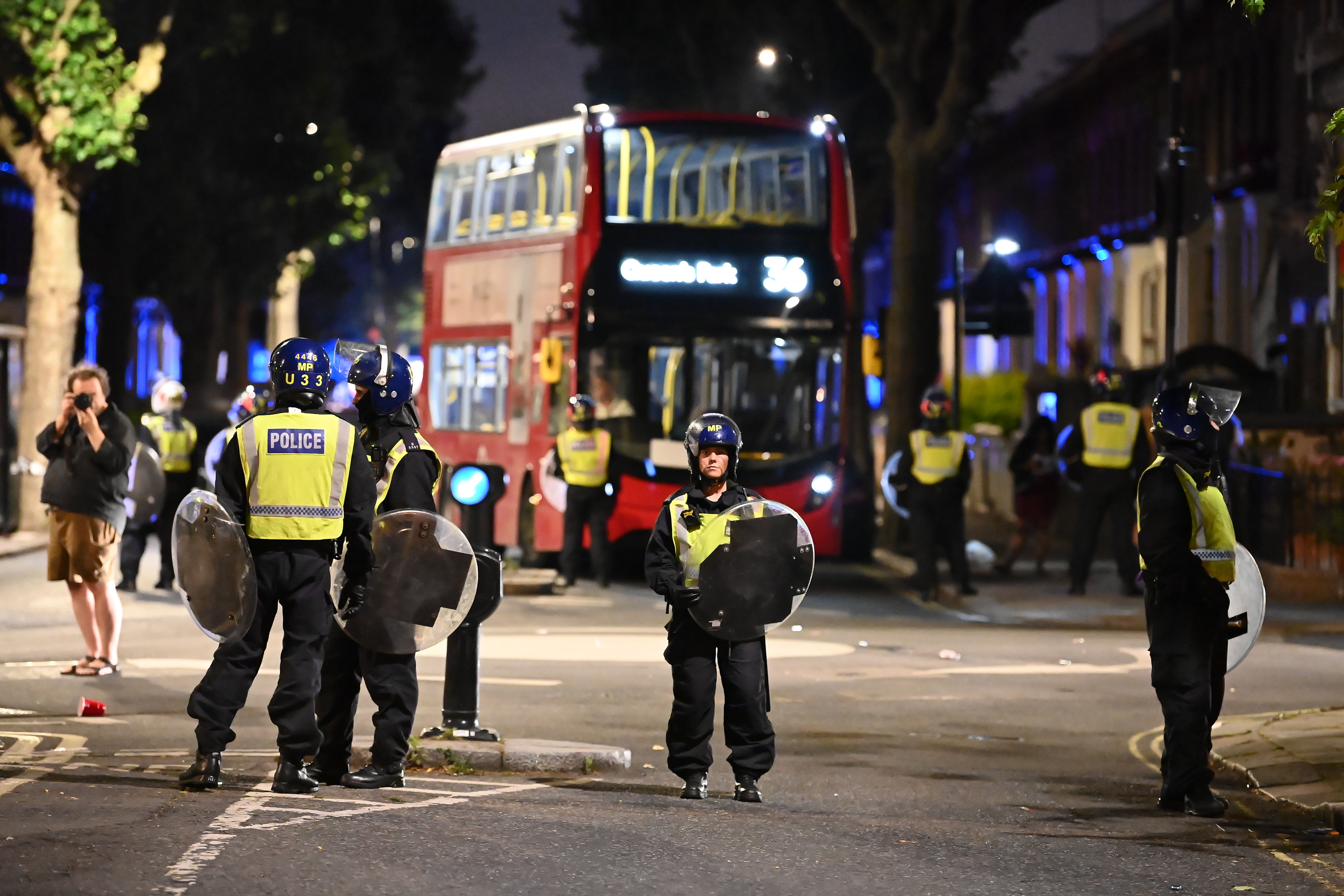 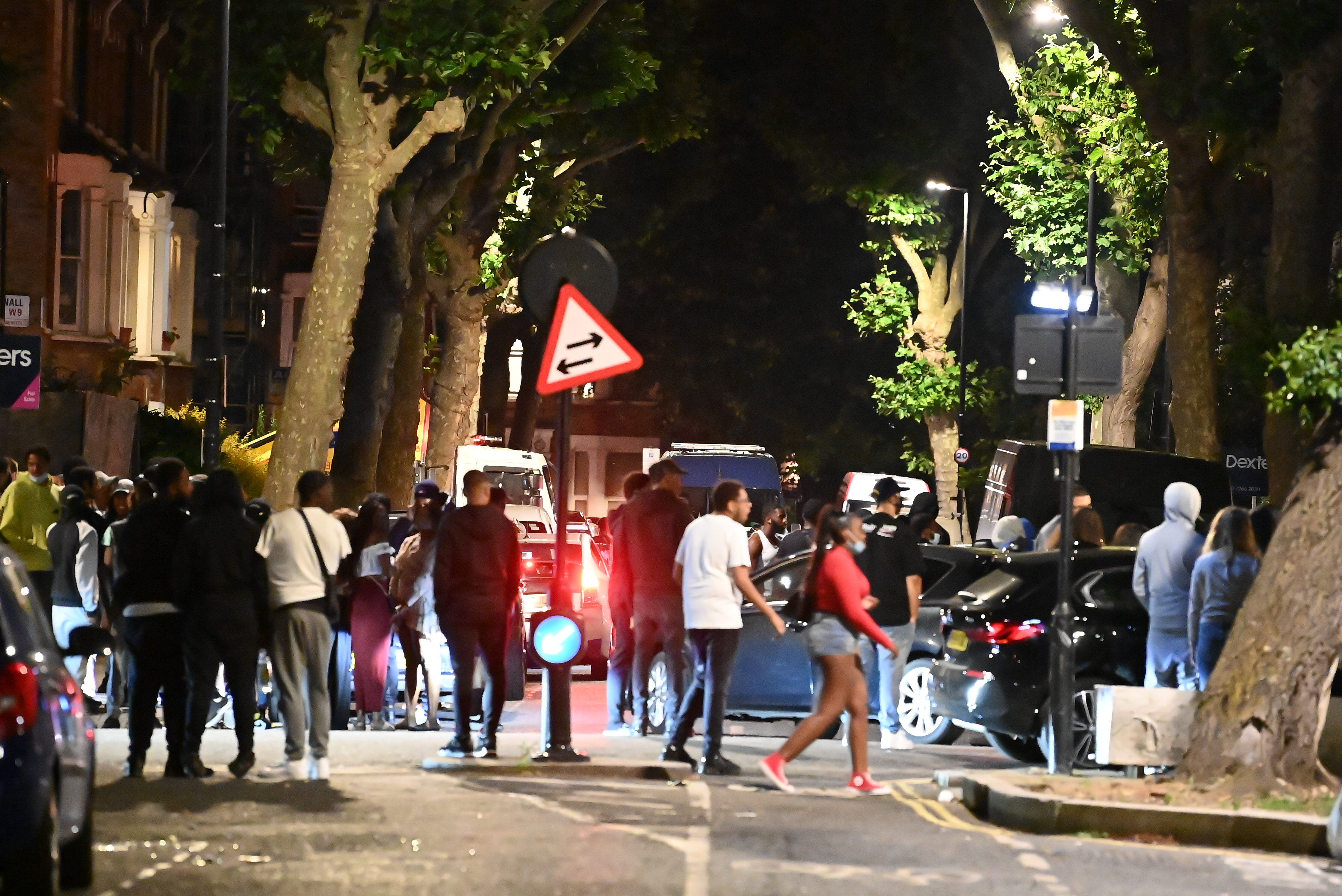 The Met was called to the area at 4.50pm yesterday after receiving reports from worried residents about a sound system being set up in Hoskins Close by a large group of people flouting coronavirus lockdown rules.

Three more people were arrested at an event near Kensal Green, on suspicion of violent disorder, a breach of Covid health regulations and racially aggravated public order towards officers.

Two other people were arrested at the same event for attacks on officers – one for throwing a bar stool at an officer and the other for racially abusing an officer.

Officers wearing riot gear and carrying shields were pelted with missiles, while others danced on the roof of a white van.

Officers also broke up another rave in Tottenham, North London.

And he warned: "If these situations do descend into chaos and violence and disorder, which is completely unacceptable, we will take a much more thorough and a robust position." 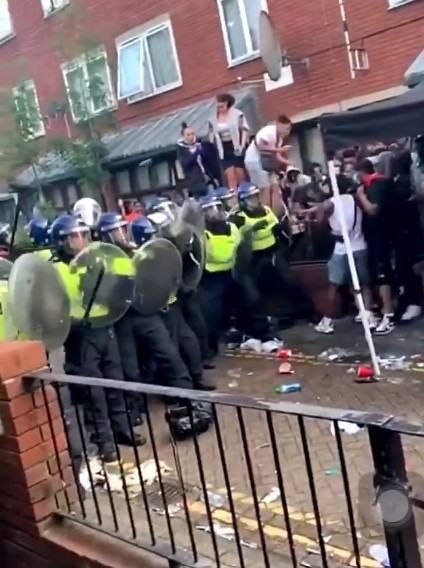 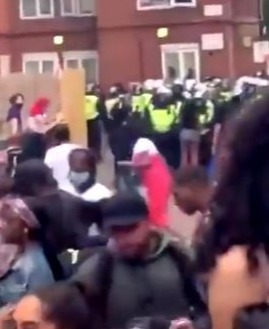 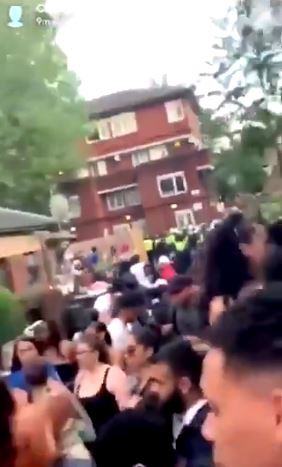 The comments came as Met Police Commissioner Cressida Dick said: "My message to those involved in thuggery and criminal damage is consequences will follow."

Her warning comes after officers sent to break up a street party in Notting Hill, west London, were pelted with objects on Thursday night.

And on Wednesday dozens of officers were also injured in violent scenes in Brixton, south London, which saw at least one police car trashed, and left 22 officers injured.

The UK's most senior officer said police "closed down several before they even got going", but condemned violence in Colville Gardens, Notting Hill, as "completely, utterly unacceptable".

She said: "These events are unlawful. They shouldn't be happening and we have a duty to go and close them down and to disperse them.

"The local communities hate them, (it is) incredibly anti-social behaviour, very noisy during a pandemic and sometimes (there is) violence.

"For our officers who are simply doing their duty to be attacked is utterly unacceptable." 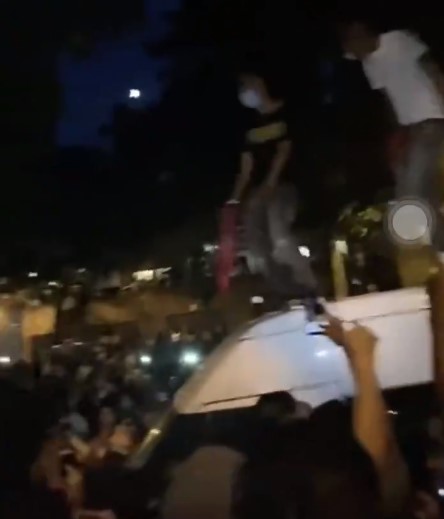 Scotland Yard said extra officers in protective gear had been dispatched to illegal raves and block parties around the capital after the event on the Angell Town estate on Wednesday night descended into violence.

Footage on social media showed police vehicles smashed and officers pelted with bottles during clashes with a large crowd, with Downing Street condemning the scenes as "appalling".

Dame Cressida said three officers suffered "really quite nasty injuries", adding: "It was a really really horrible incident for them to deal with, really vicious attacks by people using bottles, glasses and anything they could pick up."

She suggested the number of police injuries is now "heading up to 140-odd officers" in the last three weeks, including those hurt during protests in the wake of the death of George Floyd in the US.

The commissioner said: "We have seen some large numbers of people completely flouting the health regulations, seeming not to care at all about their own or their families' health and wanting to have large parties.

"We have officers all over London working hard again to try to keep the peace and to protect our public from violence and disorder."

Home Secretary Priti Patel warned those who attack police "will be taken off our streets".

John Apter, the national chair of the Police Federation, has warned the Government's announcement about loosening the lockdown on July 4 could be "a countdown to party time".

He said: "This leads to issues that the police will have to deal with.

"Firstly, of course, there are worries about alcohol consumption leading to drunken and irresponsible behaviour, and there's also the concern that people who can't get into pubs because of restrictions that are still in place may cause conflict.

"This will, without doubt, add more pressure on policing, paramedics and the wider NHS." 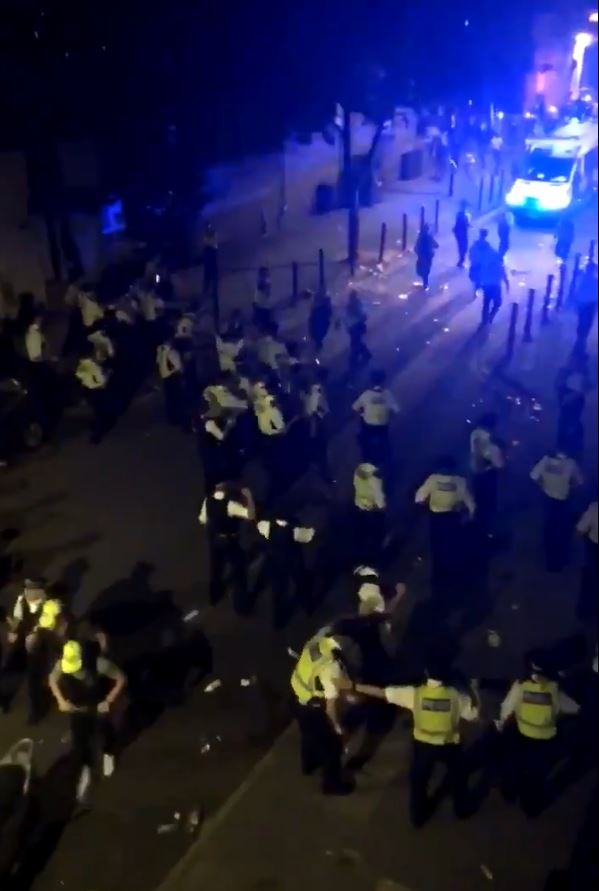 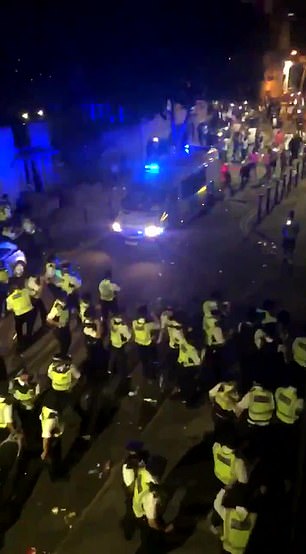 And, arrest, cops, Gu, seize, seven
You may also like: