POLICE are hunting a teenager after a Liverpool FC fan was stabbed to death hours after they won the Premier League.

Dre Estridge, 26, was knifed at a house party in the early hours of Friday morning. 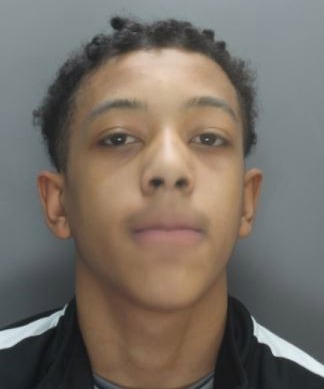 Murder squad detectives want to speak to Trene Colcozy-Rogers, 17, but say the motive of the attack is unknown.

Det Insp Jennie Beck said: “He could have crucial information to help with our investigations.”

Dre and his family had earlier marked the anniversary of his brother O’Shea’s death.

She said: “I’m heartbroken for our parents.

“They did not deserve this.

“You were the most amazing, intelligent person I knew.

“We will love and miss you forever.”

Demmere added: "We were trying to have a nice day with our family and close friends to mark the anniversary of our brother O'Shea.

“I did not know that night you would have your life stolen. You wanted so much Dre.

"Play drizzy ball in paradise. I promise that my heart will never be the same without you. We will love and miss you forever."

Meanwhile a man who let off a firework at the famous Liver Building in the city centre as thousands of LFC fans celebrated the club’s league title win is also being hunted.

after, cops, Hunting, li, Teenager
You may also like: