POLICE in riot gear rushed to Hampstead Heath in London this evening after 100 teens brawled during lockdown.

Cops shut down a stretch of parkland in the north of the capital after a row between groups of boys and '14-year-old girls' broke out this evening. 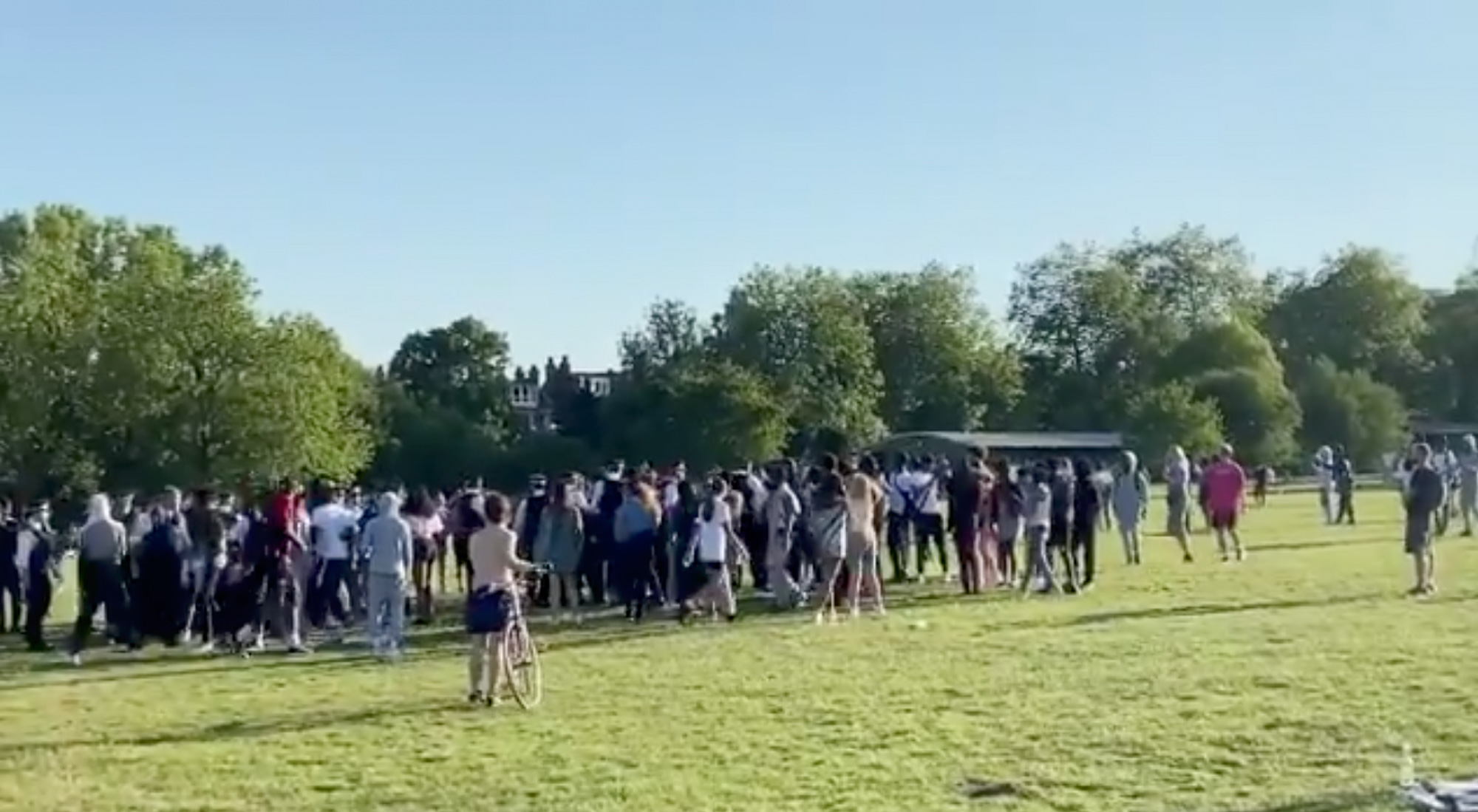 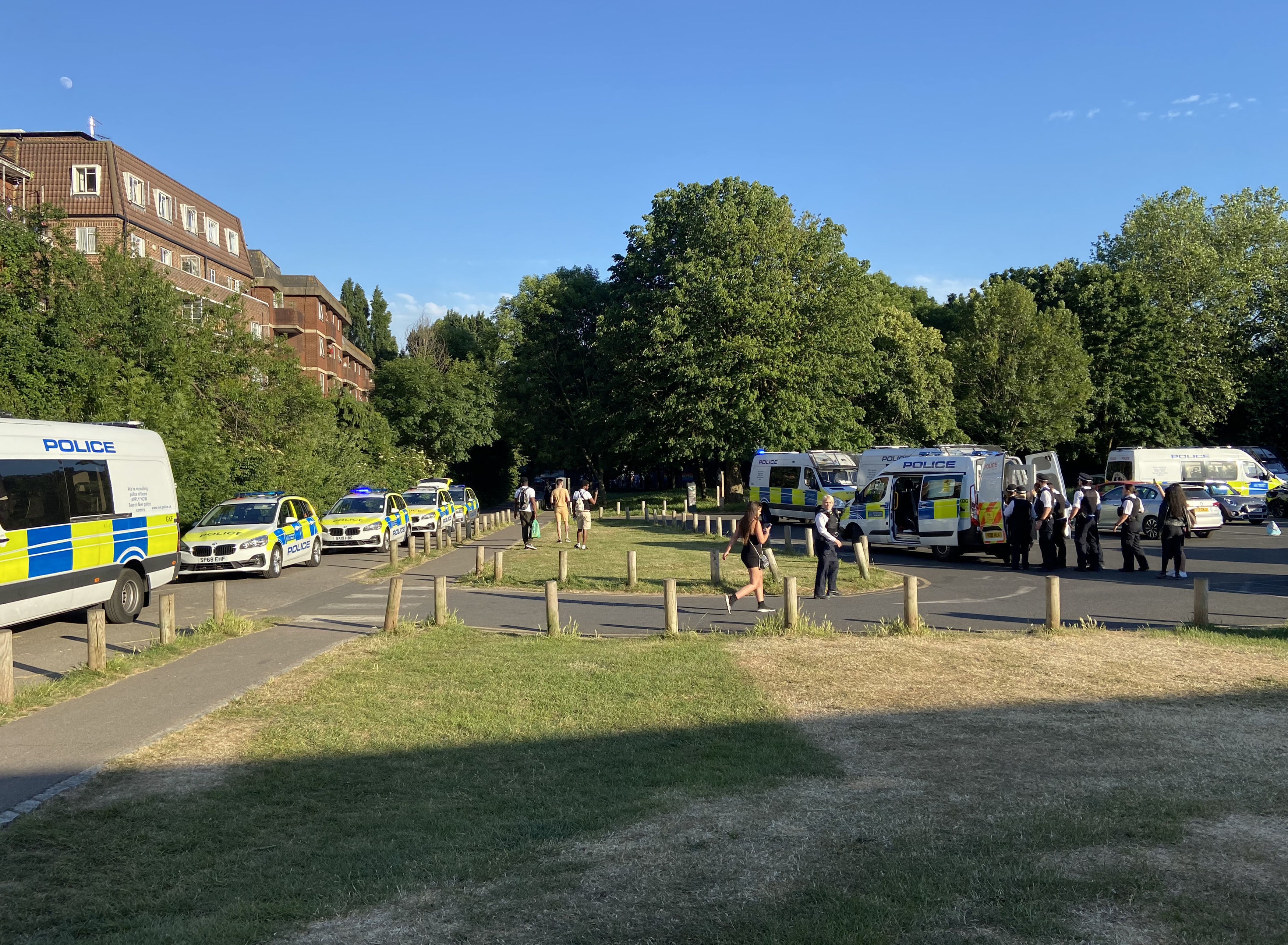 A helicopter flew overhead while officers with riot shields broke up the fight.

Images taken from the scene shows officers marching onto the heath to tackle the crowds of youths.

Witnesses reported hearing shouting as the crowd tightens around the officers in the middle of the ruck.

It's not yet clear what sparked the disturbance, which broke out just a day after stringent lockdown restrictions finally eased.

One witness who was meeting friends for socially-distant drinks on Parliament Hill told Mirror Online: "There was a large group of 100 young people – lots of screaming and shouting, and then police arrived.

"Their car got surrounded and then even more police arrived with riot shields.

"They moved in formation.

"A helicopter arrived and circled for ten minutes.

"Police cleared the area where they were fighting and the crowd dispersed."

A police officer was reportedly overheard saying those involved were "14-year-old girls".

Jonathan Jones, who was walking in the park when the violence broke out, said: "As we walked into the park, we counted about 15 police cars and vans."

He said he saw two girls who were aged around 16 in handcuffs.

"We then went further into the park and saw a large group of young people," he said.

"The police seemed to be trying to break the group up but it looked like they were trying to stop some sort of fight breaking out."

Met Police officials said a dispersal order is in place for Hampstead Heath and Parliament Hill.

"We were called at 6.30pm to youths fighting in Parliament Hill.

"Officers attended and the majority of people dispersed.

"There were no reported injuries and six people have been arrested." 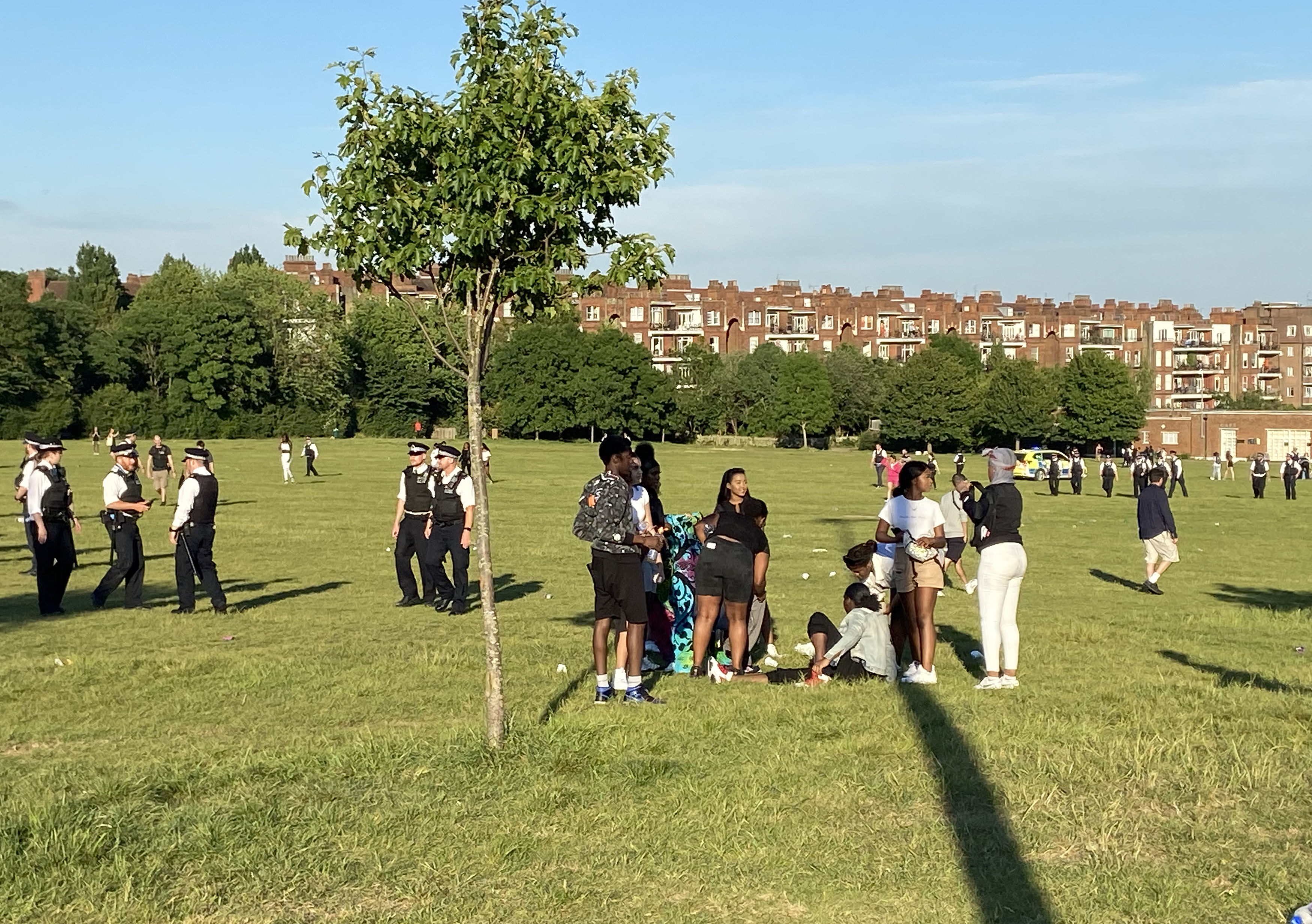 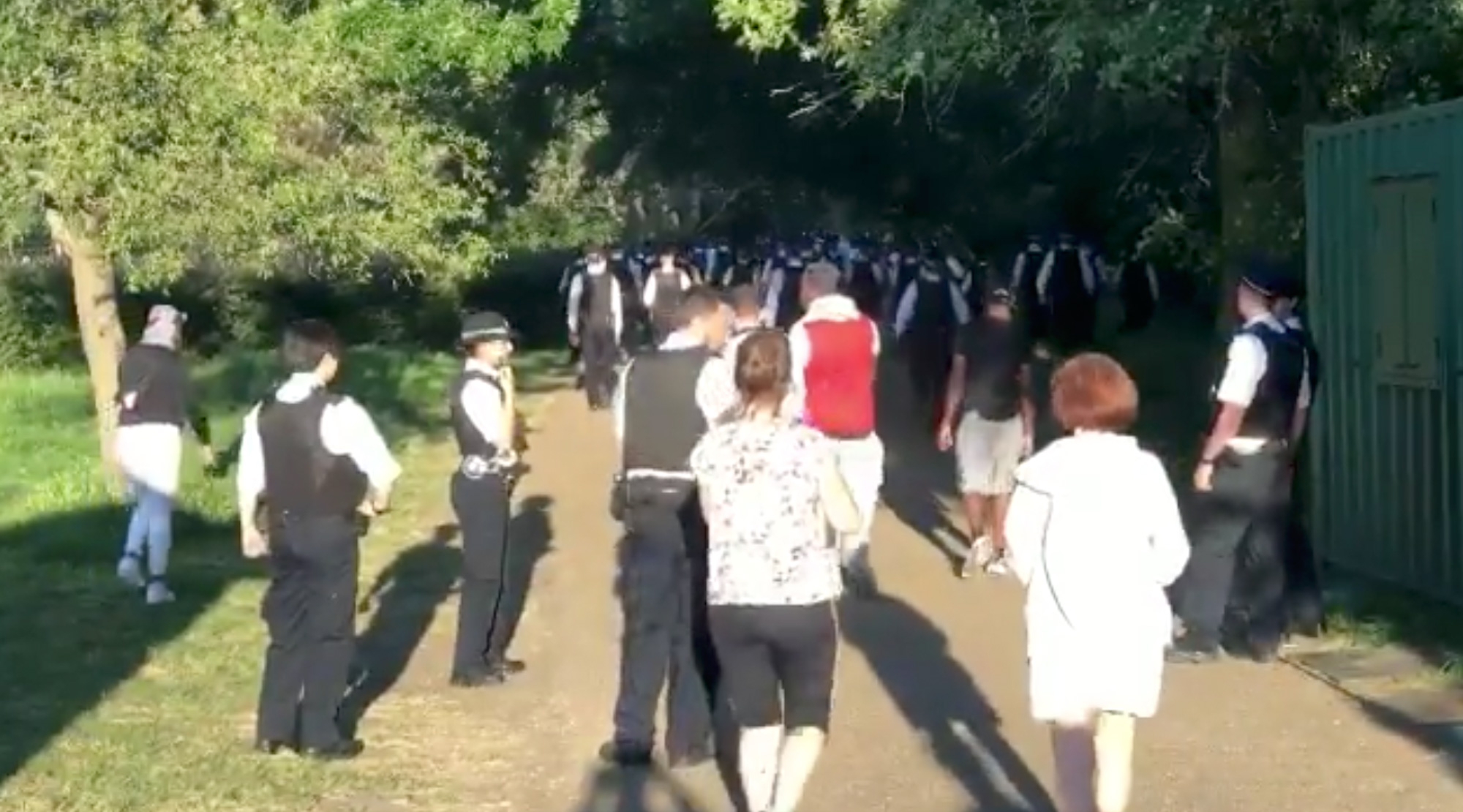 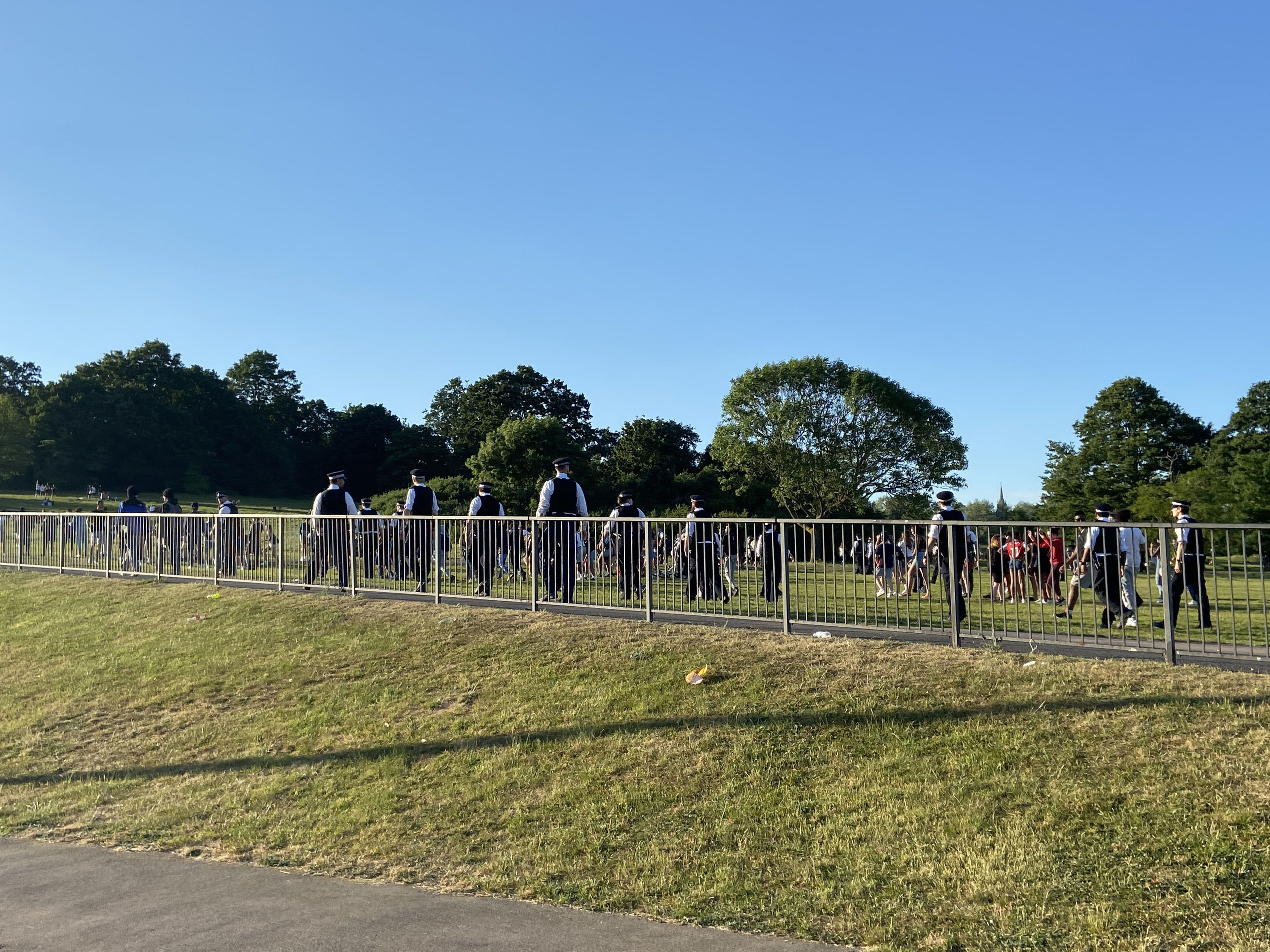