James Callaghan reported the theft to police, then printed out 100 posters using CCTV images of the man swiping a £250 tablet from his print shop. 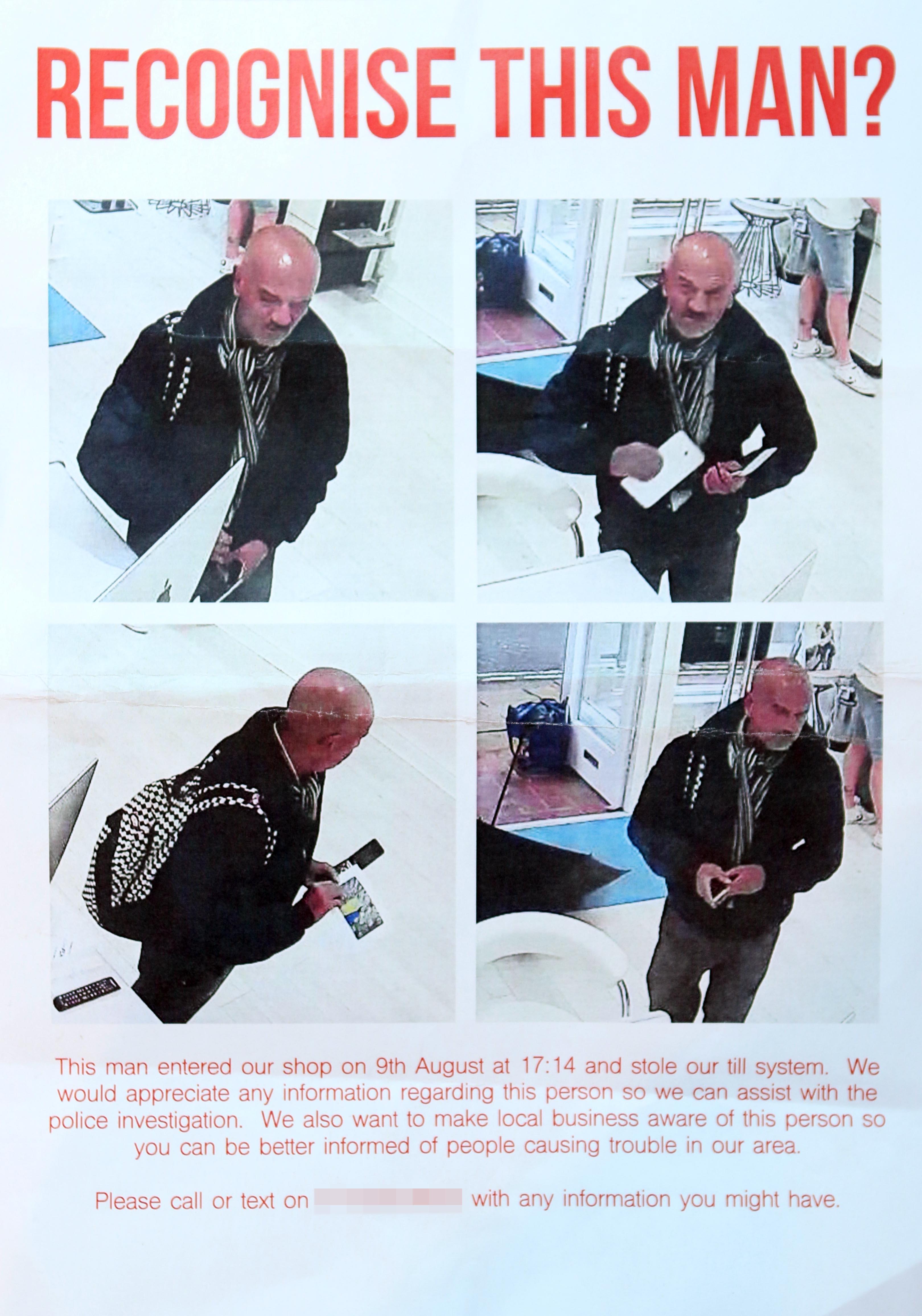 He put some up and handed the others to other local businesses. James, 30, said: “The footage we had was crystal clear so I thought I’m going to let the other shops know.

“The community officers came in and told me, ‘you can’t print posters like that because of data protection’. I could not believe what we were being told.

"It's complete nonsense…so many businesses have been targeted by criminals recently yet we are made to feel like we are in the wrong.”

James added: "The amount of businesses in town which have been affected by crime and theft is unbelievable. I think it is getting worse and worse. 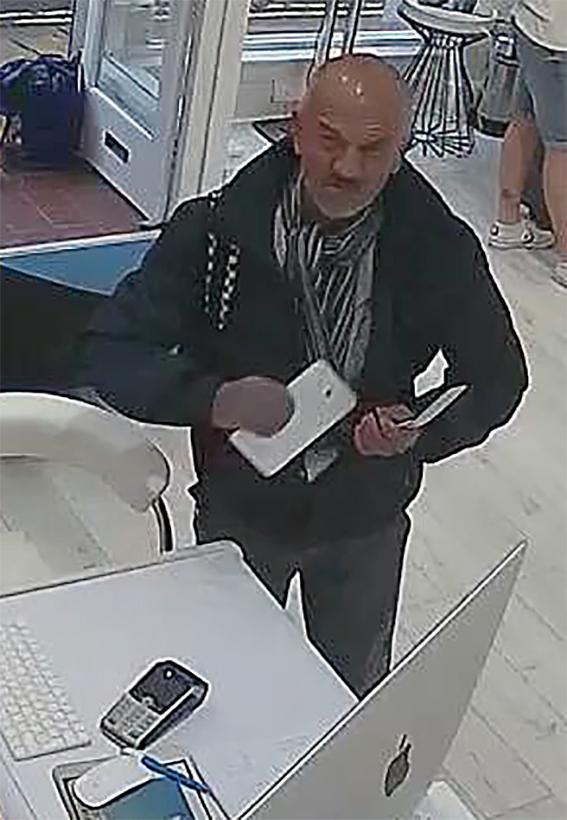 "Business owners are quite down about it, people are having to spend extra money on security measures.”

The thief tried to sell the tablet to a pawn shop two days after last Thursday’s theft in Colchester.

They got fingerprints and the tablet was returned, but so far no arrest has been made.

Essex Police are thought to have later admitted their advice was “misguided” as the data laws apply only to images in their possession.

The force said: “We understand that business owners may wish to pursue their own investigation, especially where their livelihood is affected, but would like to make it clear that only the police have the authority to fully investigate, solve, and prosecute those responsible for crime. 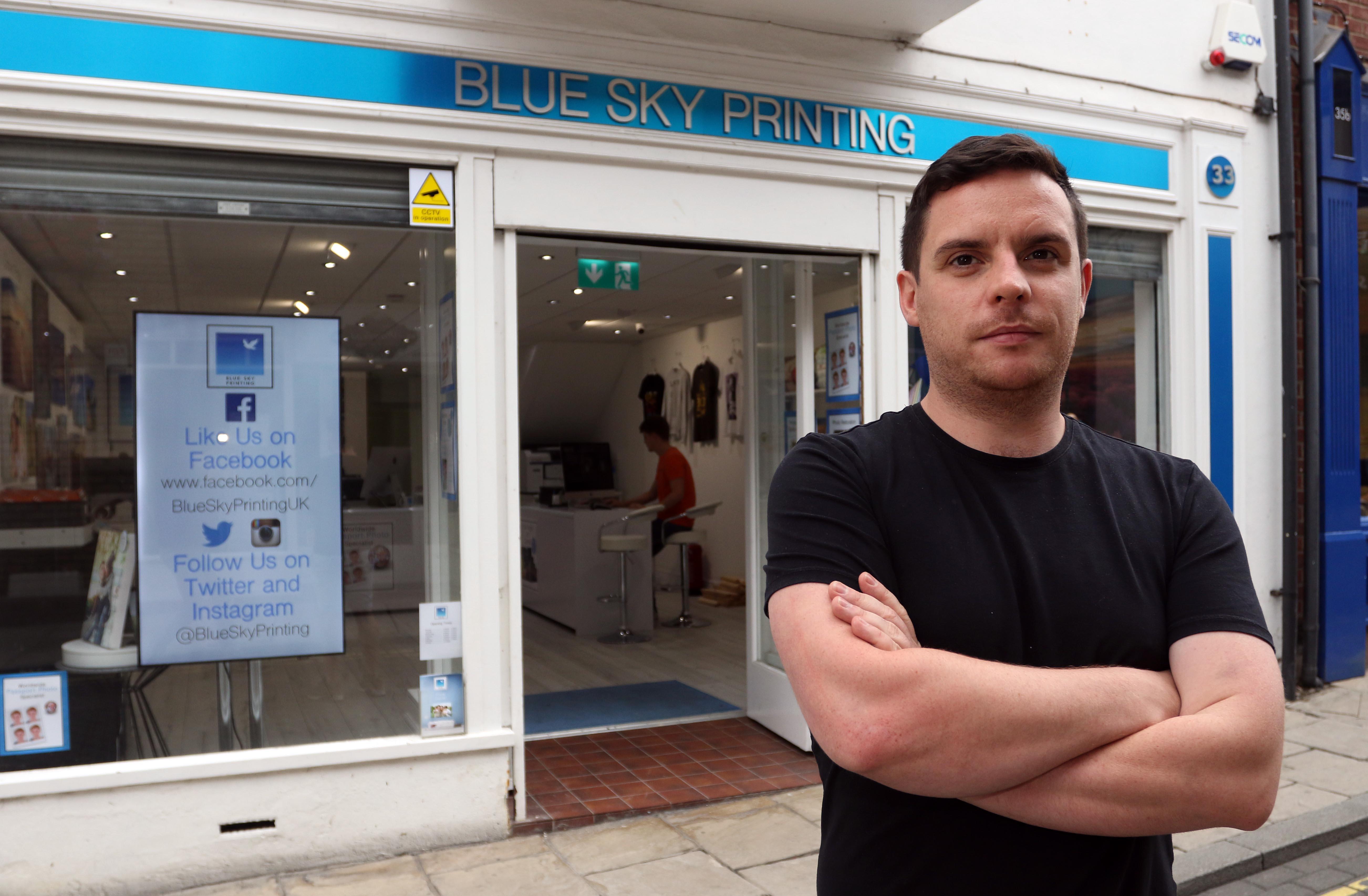 “As well as looking at our tips on the Essex Police website, businesses, where possible, should have their own CCTV cameras.
"If they can retain this footage, it often enhances our investigation. We would always encourage victims to report crime to us, whether that’s by calling us or by reporting it online.”