OVERCROWDED beaches and closures of hiking trails and parks dogged Memorial Day weekend, as scores of Americans headed outdoors after weeks of stay at home orders — while coronavirus cases continue to rise.

Restaurants in Florida were full, popular hiking spots in California were shut down due to thousands of walkers hitting the trails, and influxes of beachgoers prompted officials to close a whole island in Michigan. 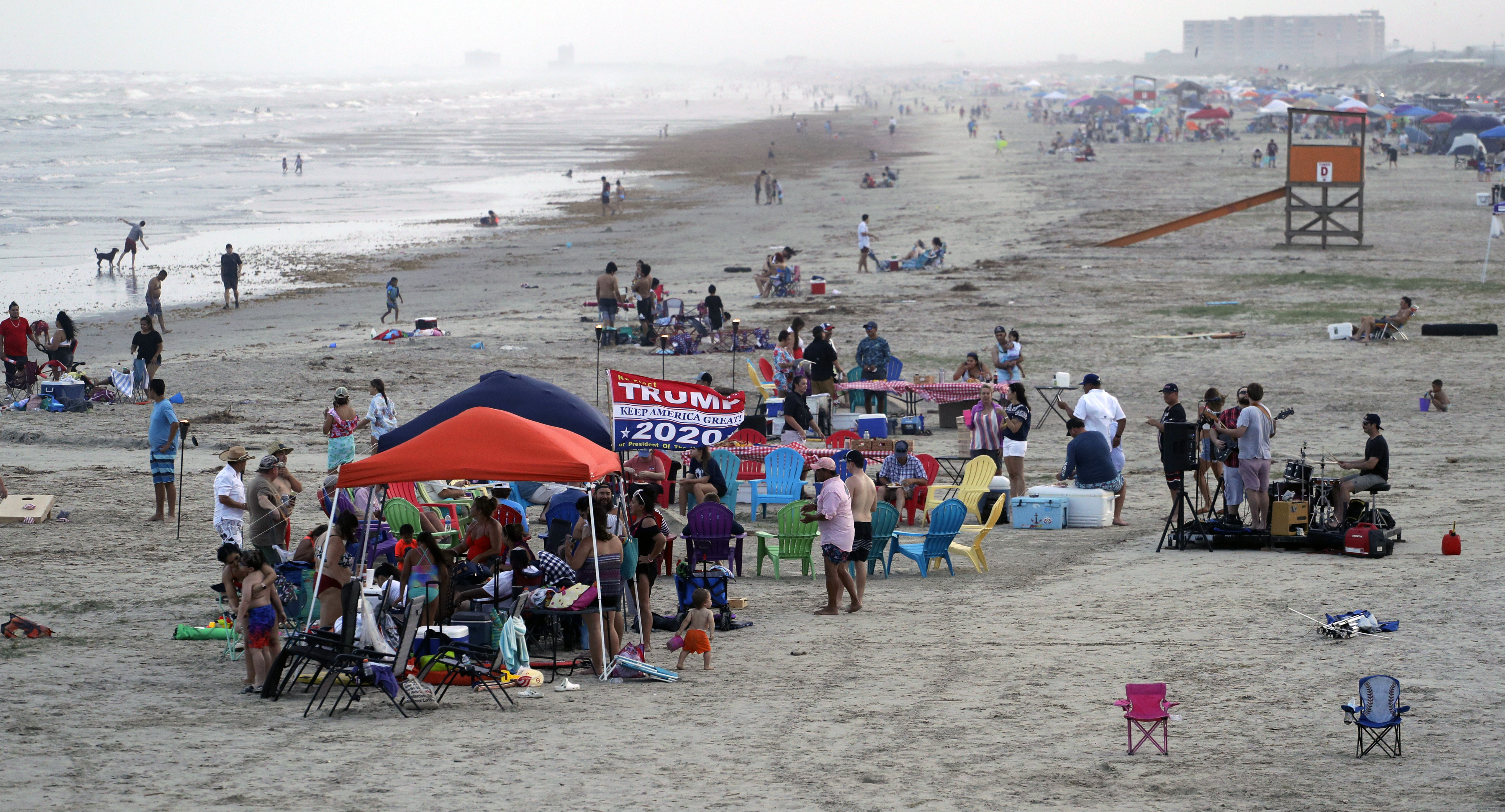 In Arizona, holiday travelers flooded Interstate-17, causing a 15-mile backup on the roadway used for access to some of the desert’s most beautiful canyons, the Arizona Department of Transportation said.

The department announced five new recreation area closures, thanks to the crowd.

In Detroit, Belle Isle was shut to avoid overcrowding after hordes of Americans packed parking lots.

"It was a judgment call. We basically had exceeded capacity," Ron Olson, parks and recreation chief for the State Department of Natural Resources, told Detroit News. 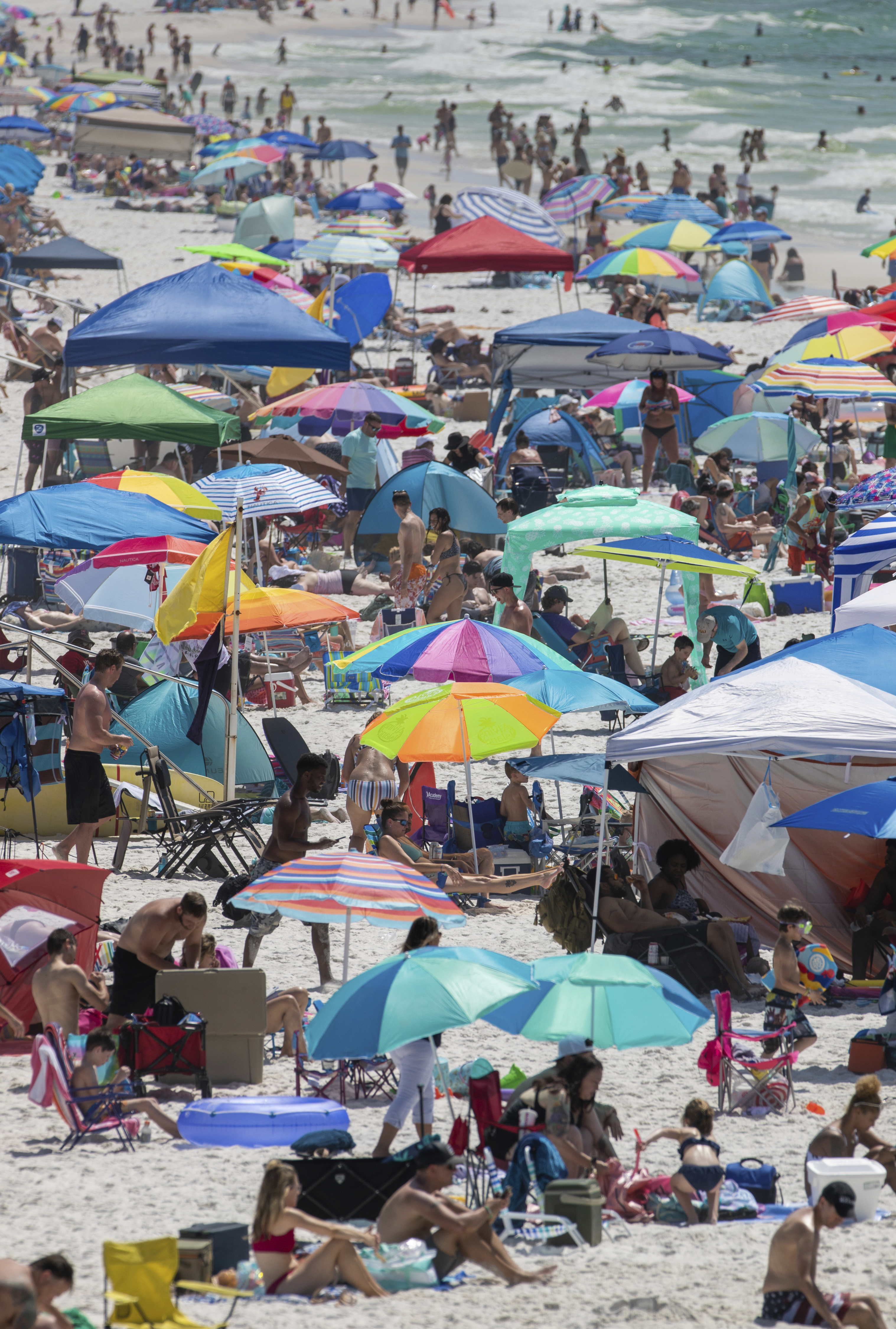 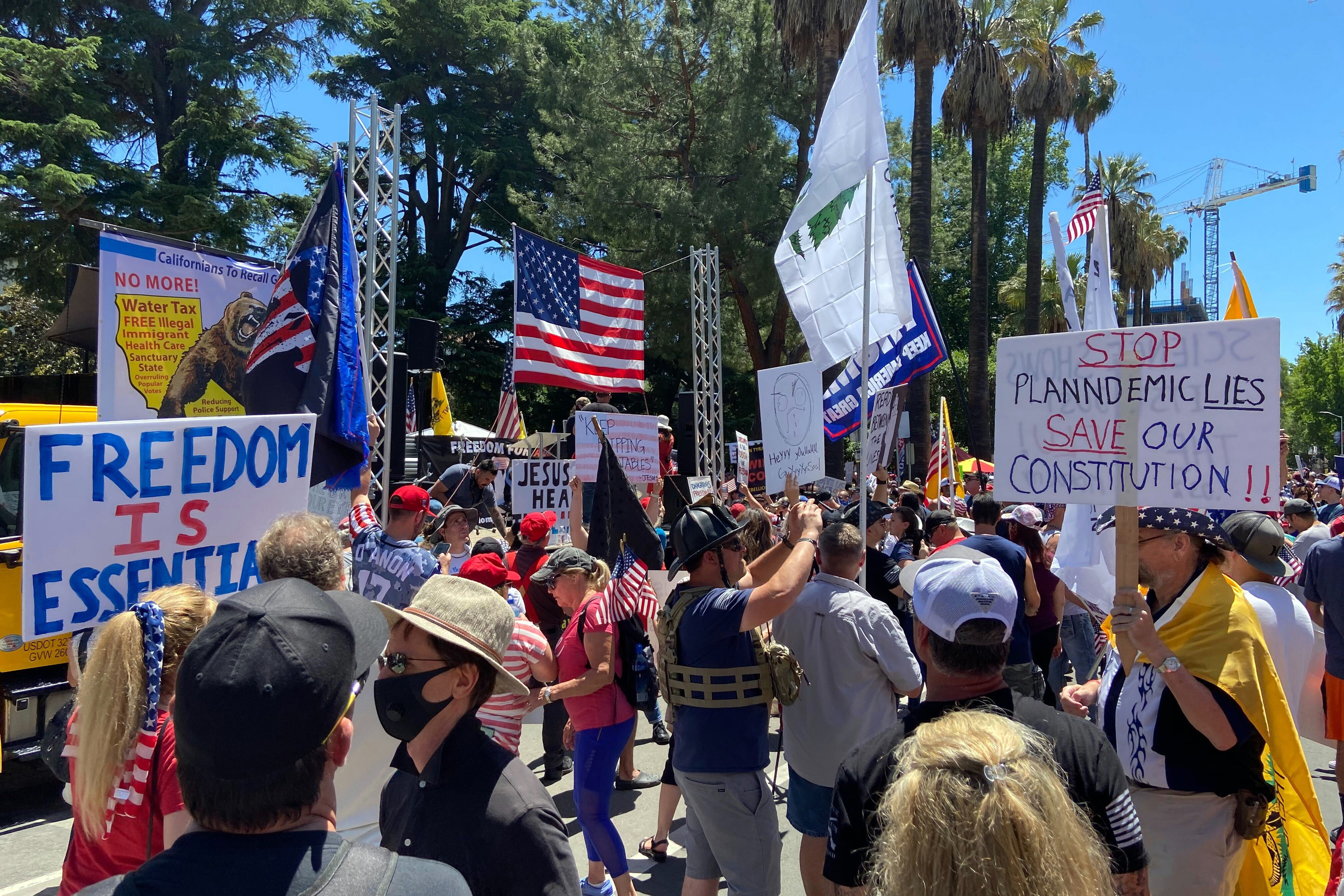 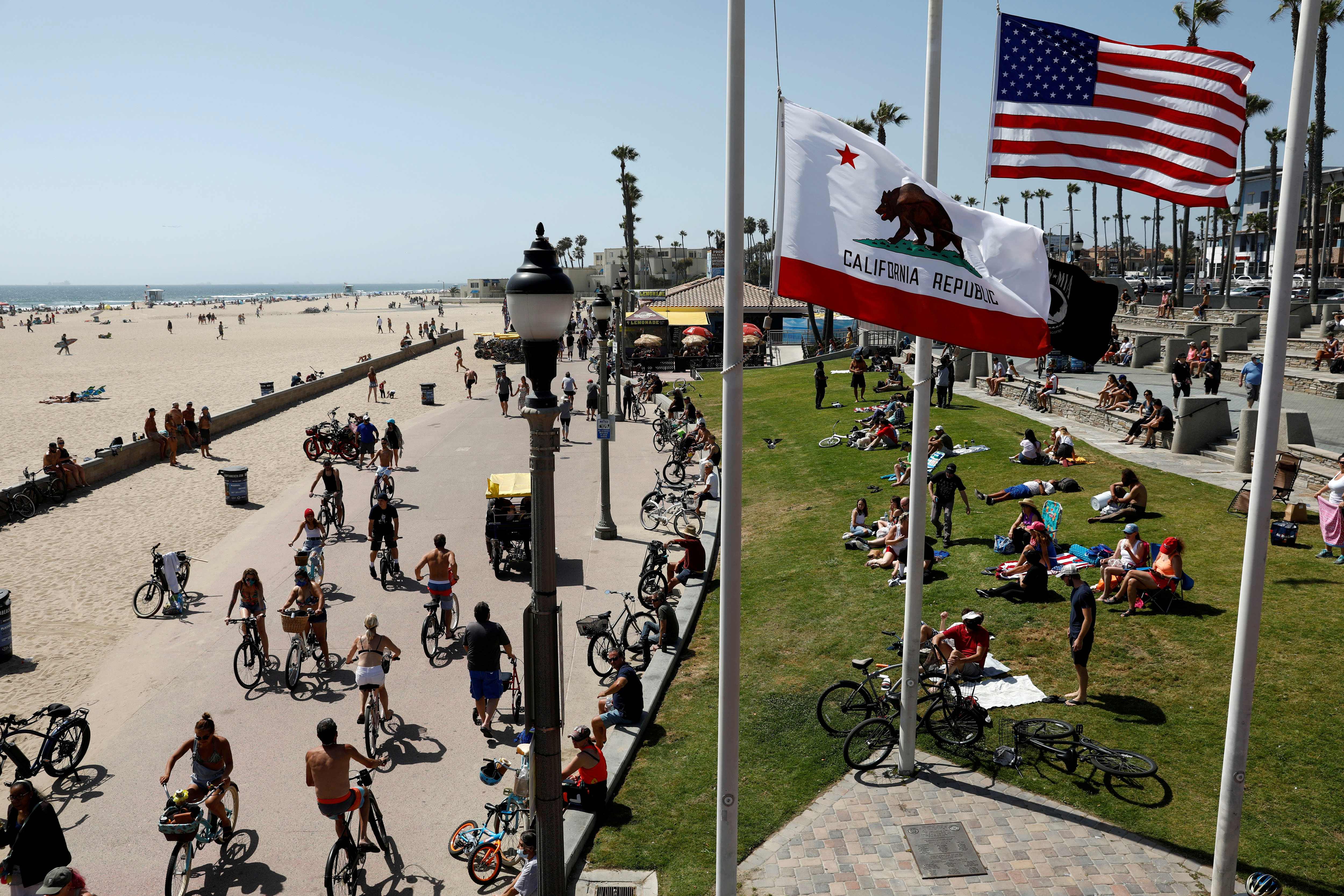 We made a tough decision to close the park this weekend. The health and safety of our patrons is our top priority and with the upcoming beautiful weather, we anticipate the draw of large crowds,” Julie Sigda, Independence Lake Park Manager told The Saline Post.

More than 1.6 million people in the US have tested have tested positive for coronavirus, which has killed more than 96,000 nationwide, according to Johns Hopkins University.

Natural-resource officers were patrolling Georgia's Tybee Island on Saturday, according to CNN, while at Point Pleasant Beach, in New Jersey, police are enforcing guidelines by giving warnings or asking people to leave, Mayor Paul Kanitra said.

In Austin, Texas, bars were so full that police had to shut down the street to car traffic.

While the Memorial Day holiday that honors the US military dead is on Monday, the weekend leading up to it marks the unofficial start of summer.

However this year's celebrations have been marred by the coronavirus pandemic.

Cases in the US continue to rise and is expected to pass 100,000 in the coming days.

“Without a doubt, this is one of the busiest weekends I’ve seen in many years,” a county beach safety official, Andrew Ethridge, told the Dayton Beach News-Journal Online in Florida. “We have 47 miles of beach in Volusia County and every bit of it has crowds.”

In Maryland, Ocean City boardwalk was teeming with people, many of whom were not wearing masks, while a beach at New Jersey was heaving with sun worshippers.

In California, a sustained campaign by Ojai locals resulted in the closure of the popular Santa Paula Punch Bowls, after residents complained of graffiti, litter, and crowds leading up to the weekend.

The CDC continued to recommend non-essential travel during the weekend, which last year saw 43 million Americans hitting the road, according to the AAA.

The senior vice president of AAA says this year’s travel will likely be a record low due to stay at home advisories.

The current record low for travel was set the Memorial Day 2009 at the end of the Great Recession.

President Trump, meanwhile teed off his Memorial Day weekend by returning to play golf at one of his private courses for the first time in 75 days, and shook hands with his companions.

He was seen leaving the White House on Saturday, without a mask, and heading to the Trump National Golf Club in Sterling, Virginia.

Trump's last visit to one of his private courses was on March 6, when he hosted several Brazilian officials – one of whom tested positive for the coronavirus shortly after the trip – at his Mar-a-Lago resort in Florida.

At one point during Trump's Saturday outing, he was seen patting another golfing companion on the shoulder, reported NBC News. 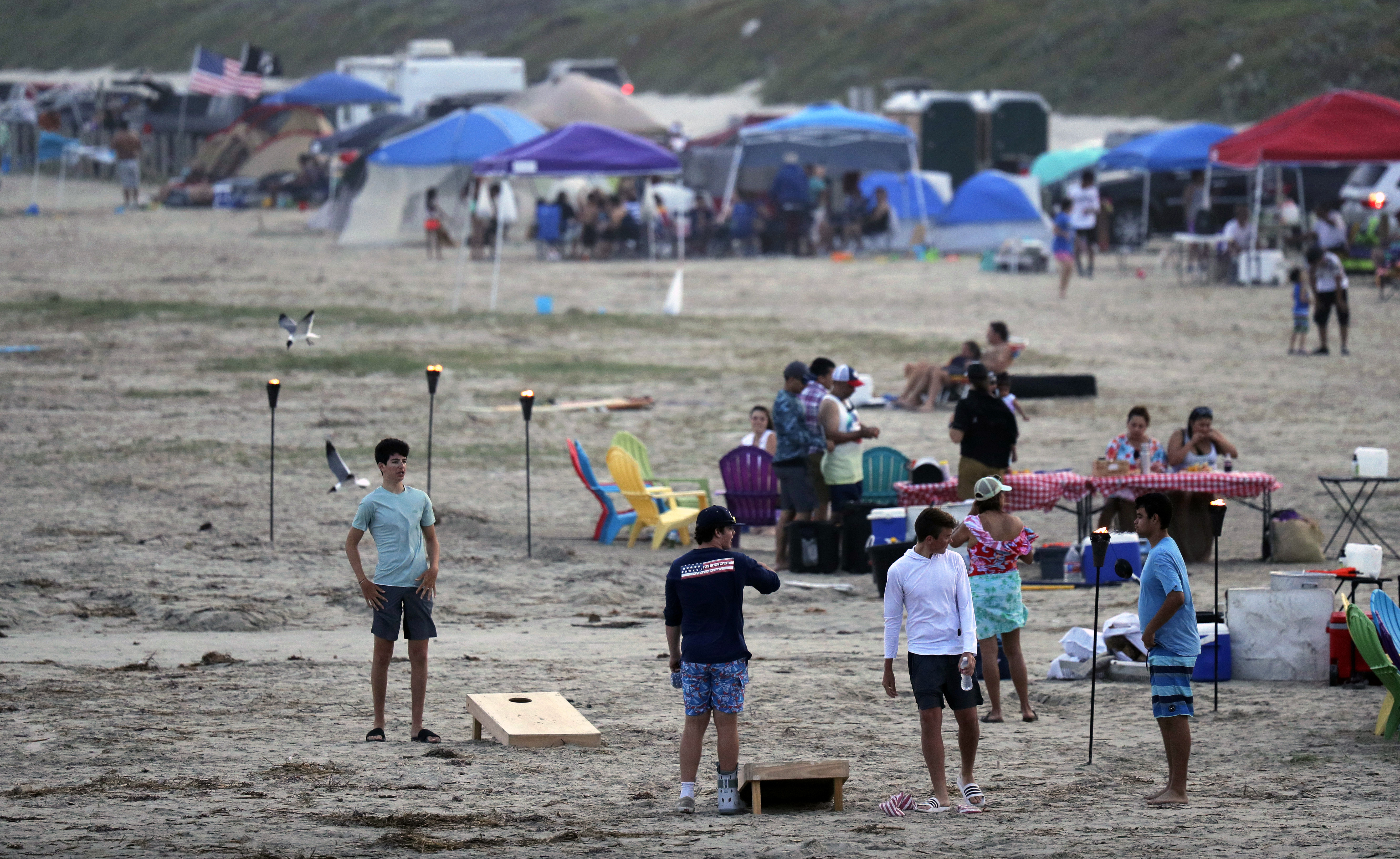 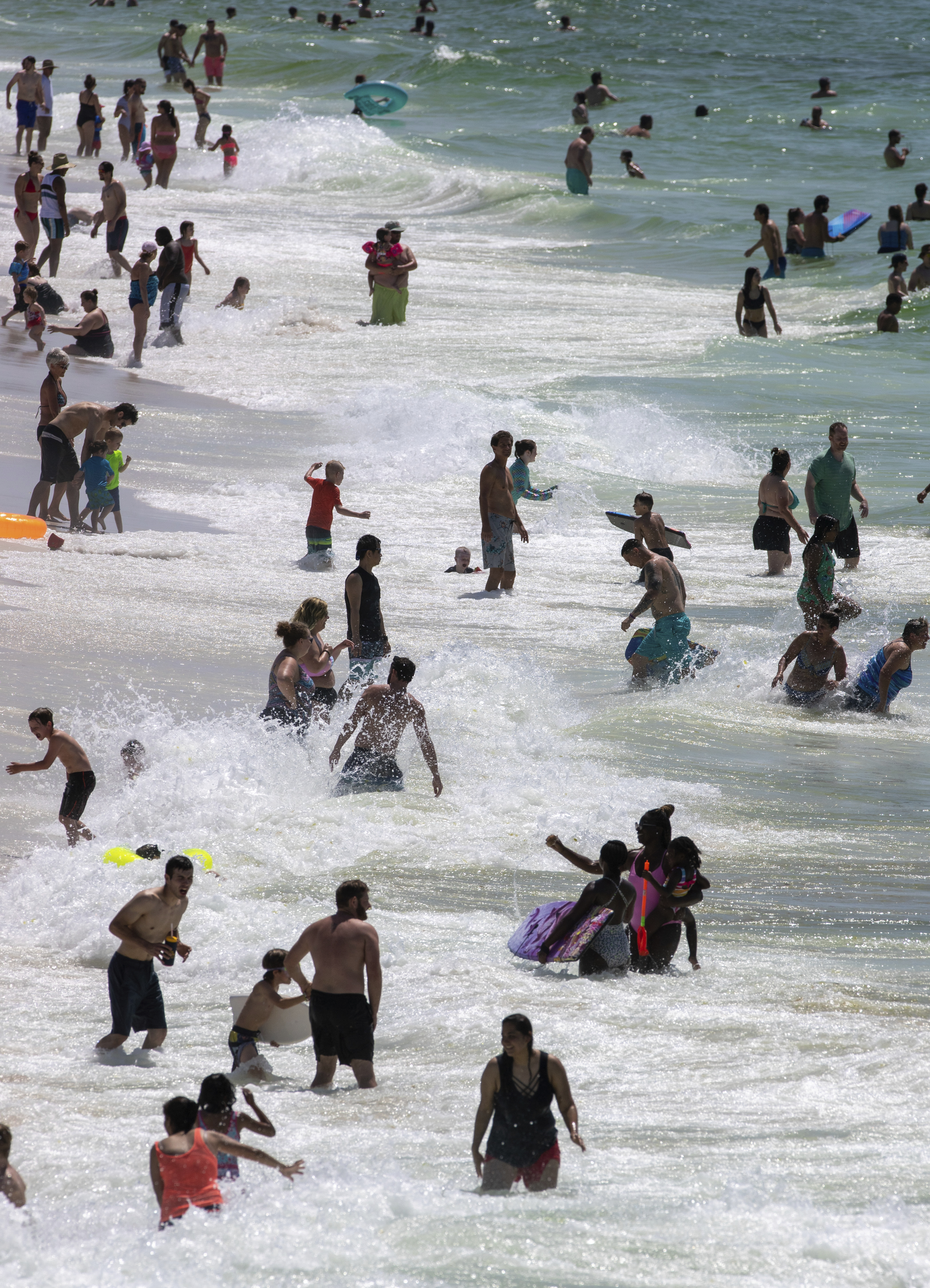 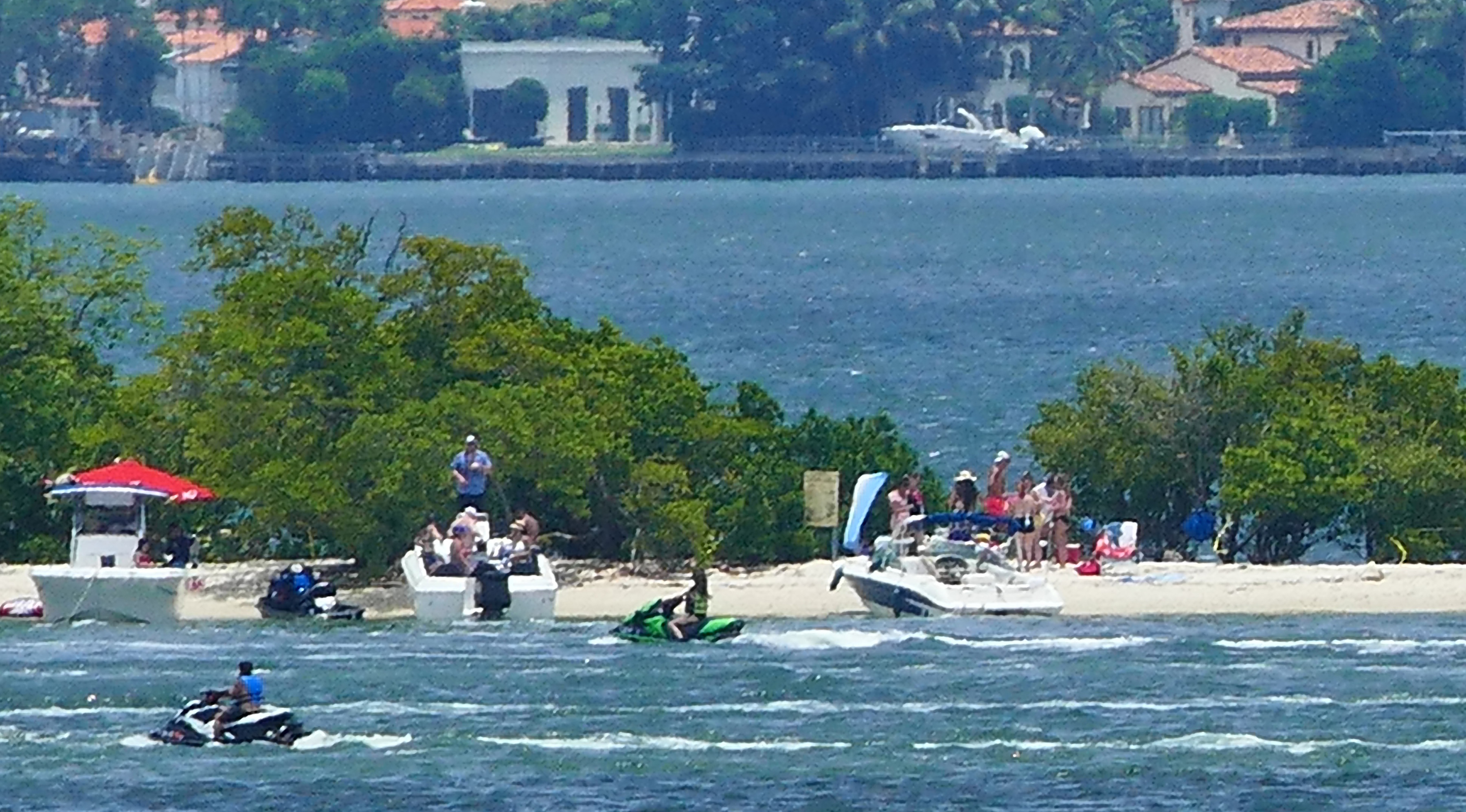 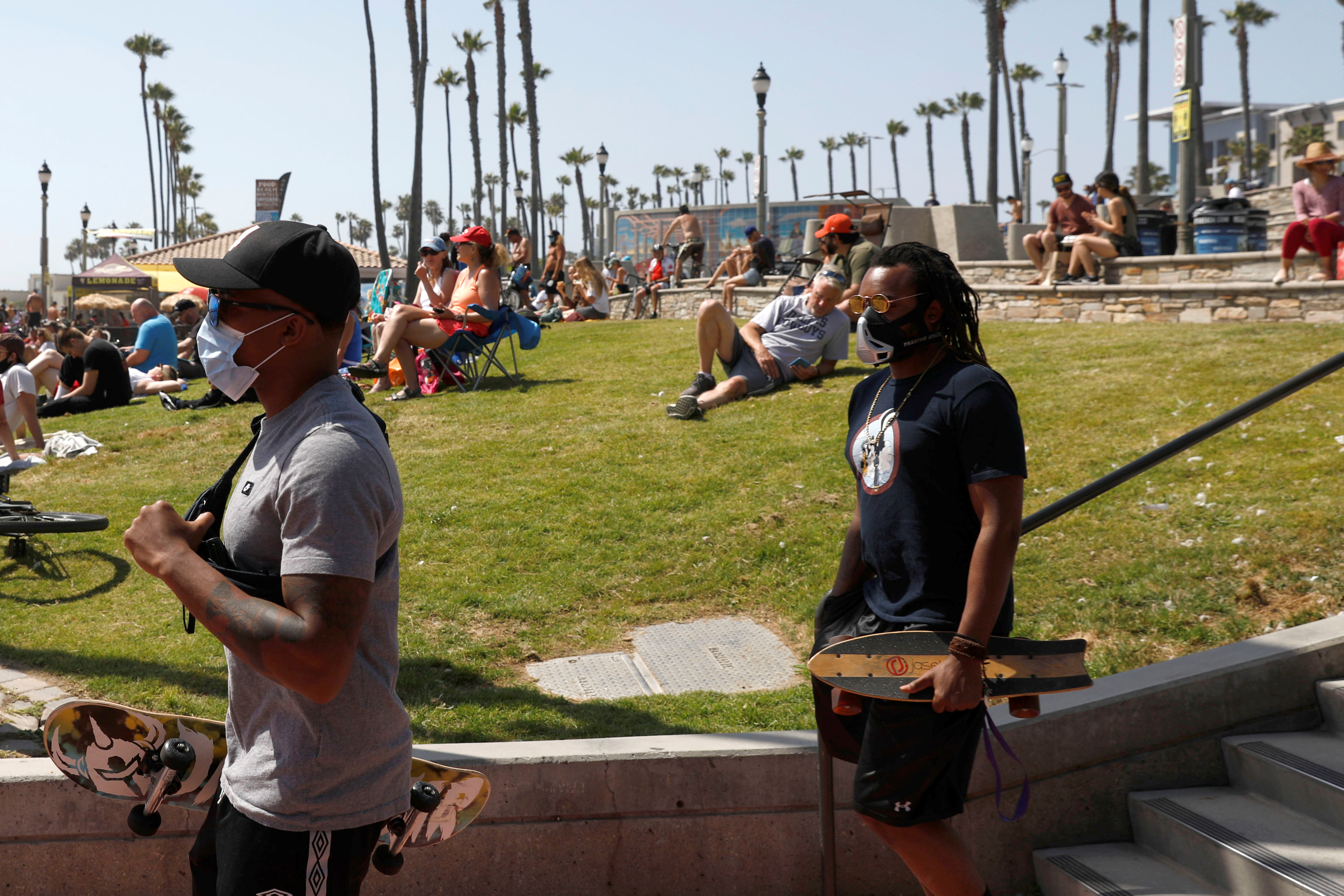 as, cases, Coronavirus, crow, Rise)
You may also like: