BRITS trapped aboard the quarantined Diamond Princess cruise are finally allowed to disembark after weeks stuck in their cabins as the killer through spread like wildfire through the ship.

But the Foreign Office has warned UK passengers who disembark the ship ravaged by coronavirus may not be able to join the evacuation flight home. 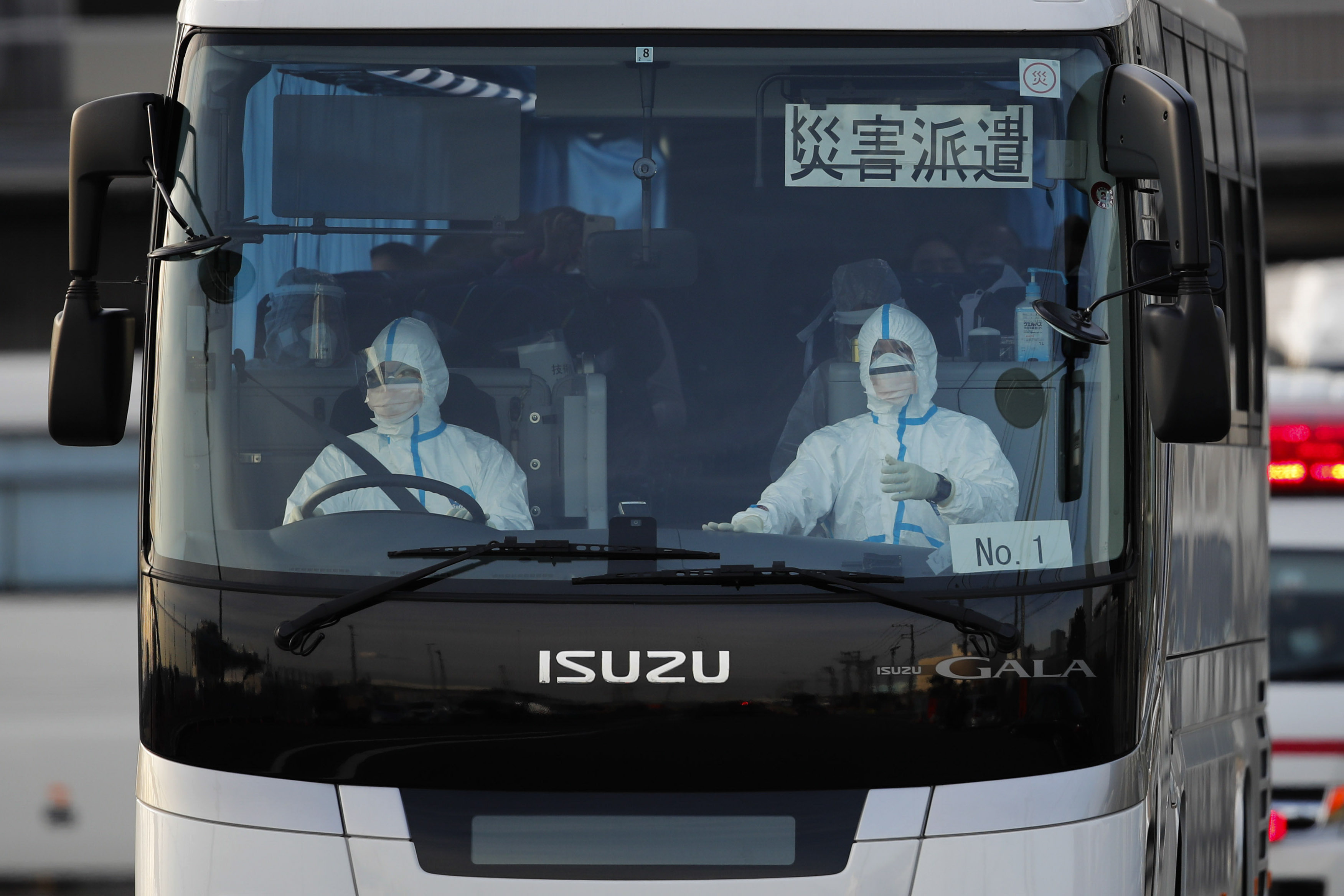 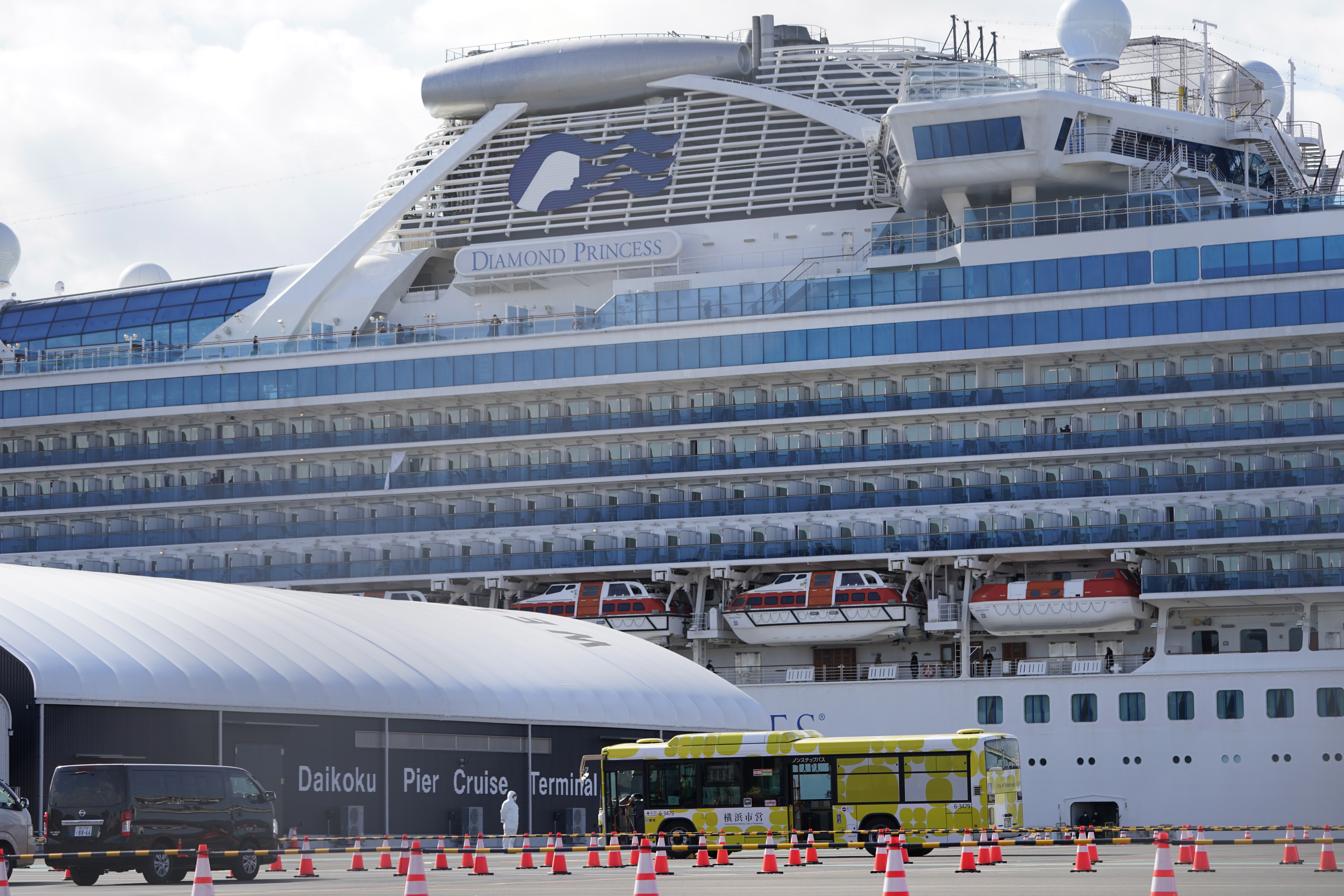 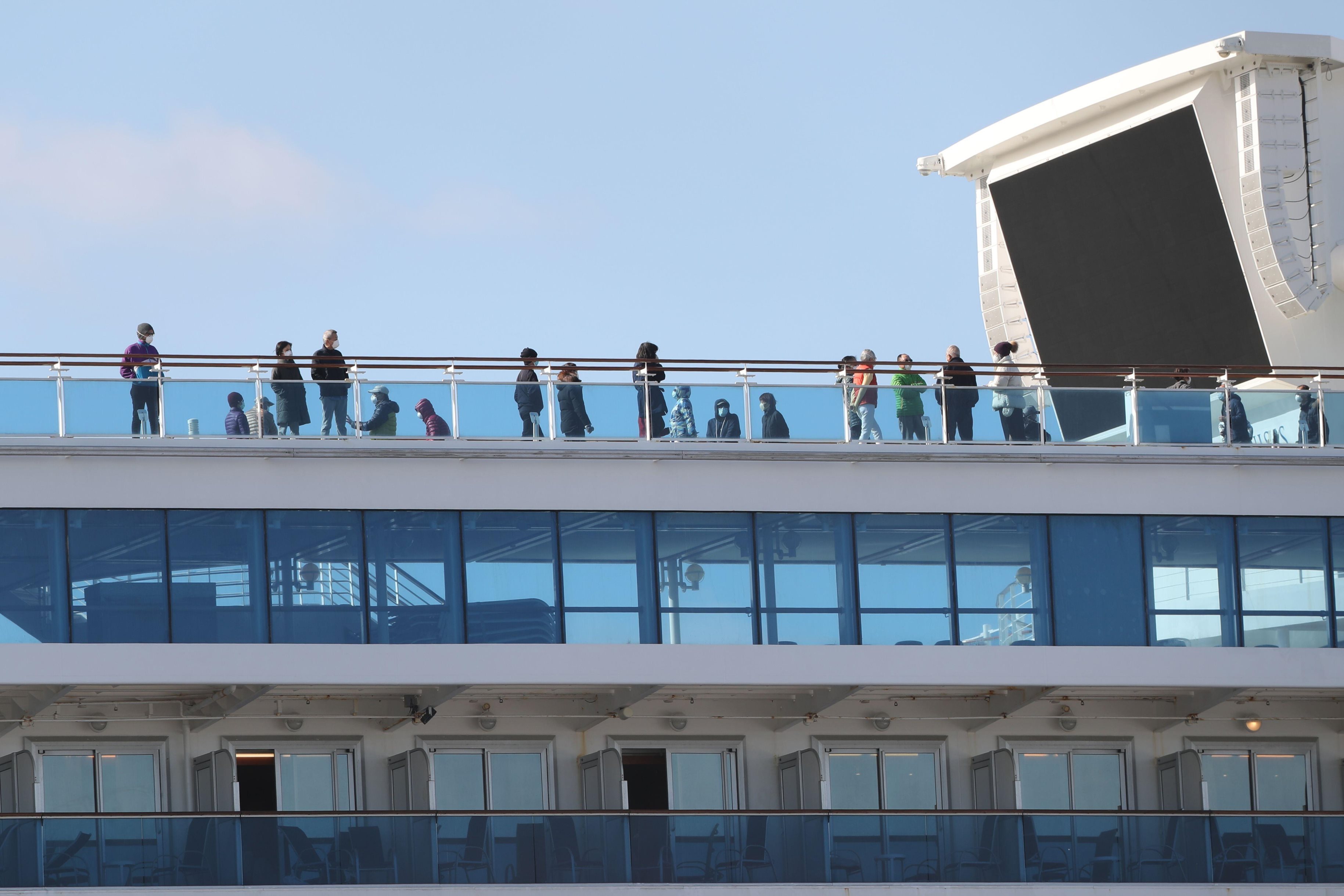 Brits have also been warned they face another two weeks of quarantine on their return.

Only those who test negative and show no symptoms will be allowed on the flight, it is believed.

In a statement, the Foreign Office said: "We are planning an evacuation flight from Tokyo to the UK as soon as possible for Britons who are on the Diamond Princess.

"We hope the flight will be later this week, subject to permissions from the Japanese authorities.

"At 7am local time on Wednesday, the Diamond Princess cruise operator and Japanese authorities allowed passengers to disembark from the cruise ship.

Around 328 US passengers have already been evacuated, with Australia, Canada and Hong Kong chartering planes for their nationals today according to Princess Cruises.

The Foreign Office, while hopeful to get the stranded passengers home as soon as possible, are yet to arrange the chartered flight from Yokohama, Japan where the ship is docked.

It comes as the "plague ship" was overcome with the highest rate of infection outside mainland China.

Authorities ordered 3,711 passengers and crew to remain on board the Diamond Princess – but instead of stopping the spread it created a "boiling pot of transmission" leading to 543 cases on board so far.

Not all passengers will be freed from the Diamond Princess liner on Wednesday, which has been docked in Yokohama since February 3.

A number of scientists say the ship served as an incubator instead of a quarantine facility meant to prevent the worsening of an outbreak.

In fact, three Japanese health officials who helped in the quarantine checks on the ship were also infected.

Despite this, authorities in the country have defended quarantine processes.

Around 1,000 crew members were told to wear surgical masks, wash their hands, use disinfectant sprays and stop operations at restaurants, bars and other entertainment areas after February 5.

The ship's quarantine has been blasted by experts, with Nathalie MacDermott, an outbreak expert at King’s College London saying plainly that it "obviously…hasn't worked".

As the UK government scrambles to organise an evacuation flight for trapped passengers, things are still unclear for "abandoned" Brits David and Sally Abel.

The pair say they were mistaken in believing they had tested positive for coronavirus.

n David's latest Facebook post, he said: “Sally & I packed and waited 8 hours in the cabin to be transported to a hostel.

“We are still on the ship! They do NOT send folk with the virus to a hostel!!”

"The Japanese quarantine officials to not speak any English.

"They came to our door & told us to be ready to be taken to the hostel.

"My mindset was ‘virus’ and said 'positive then' He nodded.

"I don’t think he was saying yes to the virus but positive we were moving out??

"He followed up by saying it will probably be just 4 or 5 days. You would not say that to a virus victim".