A CORONAVIRUS denier is being investigated by police after banning face masks from his tea shop.

Cops were asked to probe Michael Schneider after a sign in his shop window banned anyone from wearing a "government muzzle" inside. 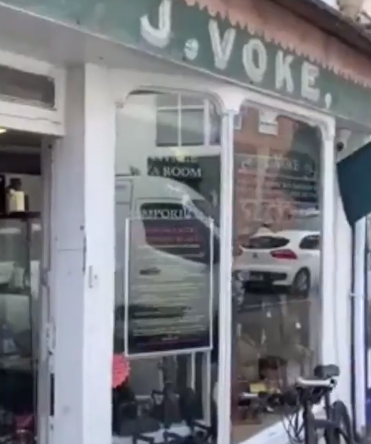 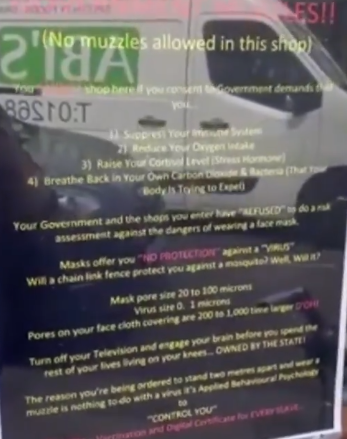 The 57-year-old, who has owned J.Voke Vintage Tearoom in Chichester for five years, claims the coronavirus pandemic is a "hoax" – despite more than 41,000 people dying from the bug in Britain.

A sign in his shop window reads: "No muzzles allowed in this shop," and says masks offer "no protection" from the virus.

Michael told Metro.co.uk: "When someone walks into my shop, I challenge them and say 'How are you?' They go 'Very well'. I say, 'Then why are you wearing a mask? Take it off'. They go 'I don’t know'.

"I do accept people wearing a mask if I challenge them and they say it makes them feel safe. If that’s why they’re doing it, I allow them in my shop and I will serve them.

"It’s not a complete ban, if it makes you feel better or safer, come in no problem. It’s because they’re doing it of their own volition."

Chichester District council said they handed the issue over to police after receiving a number of complaints about Michael's sign.

The Government made face masks mandatory in shops, public transport and other indoor spaces after research suggested they can help prevent the coronavirus spread.

Michael – who sells food, drinks and second-hand items – insisted he will keep his poster up as he "fundamentally believes down in my bones that human rights are being taken away".

The shop owner reopened his shop in June having been closed during lockdown and claims public reaction to the sign has in fact been "very positive".

He said: "My footfall has trebled since I put the poster in the window.

"People come in and say 'Thank god there’s someone else who believes it’s all nonsense'."

He added: "What’s happening now, where you can’t get more than six people in one place without having the police on you, that violates Article 20 of the Universal Declaration of Human Rights…"

The number of coronavirus cases in the UK rose by 2,621 today, as nine more deaths were recorded.

A Chichester Council spokesperson said: "As a council, we have received some complaints about the face covering signage at J Voke Vintage Tearoom.

"We have passed these on to Sussex Police, as the agency responsible for face covering guidance, so that they can investigate this."

A spokesman from Sussex Police said the proprietor of J.Voke Vintage Tearoom assured a city PCSO he wouldn’t refuse entry to anybody wearing a face mask when the sign came to their attention in July.

He added: "He was neither asked nor directed to remove the poster and we are not aware of any complaints from the public."