THAILAND'S health minister has warned the nation cannot stop the spread of  coronavirus, as it becomes the worst-affected nation outside of China.

The country became the first to confirm an overseas coronavirus case on January 12, before Japan followed suit on January 16. 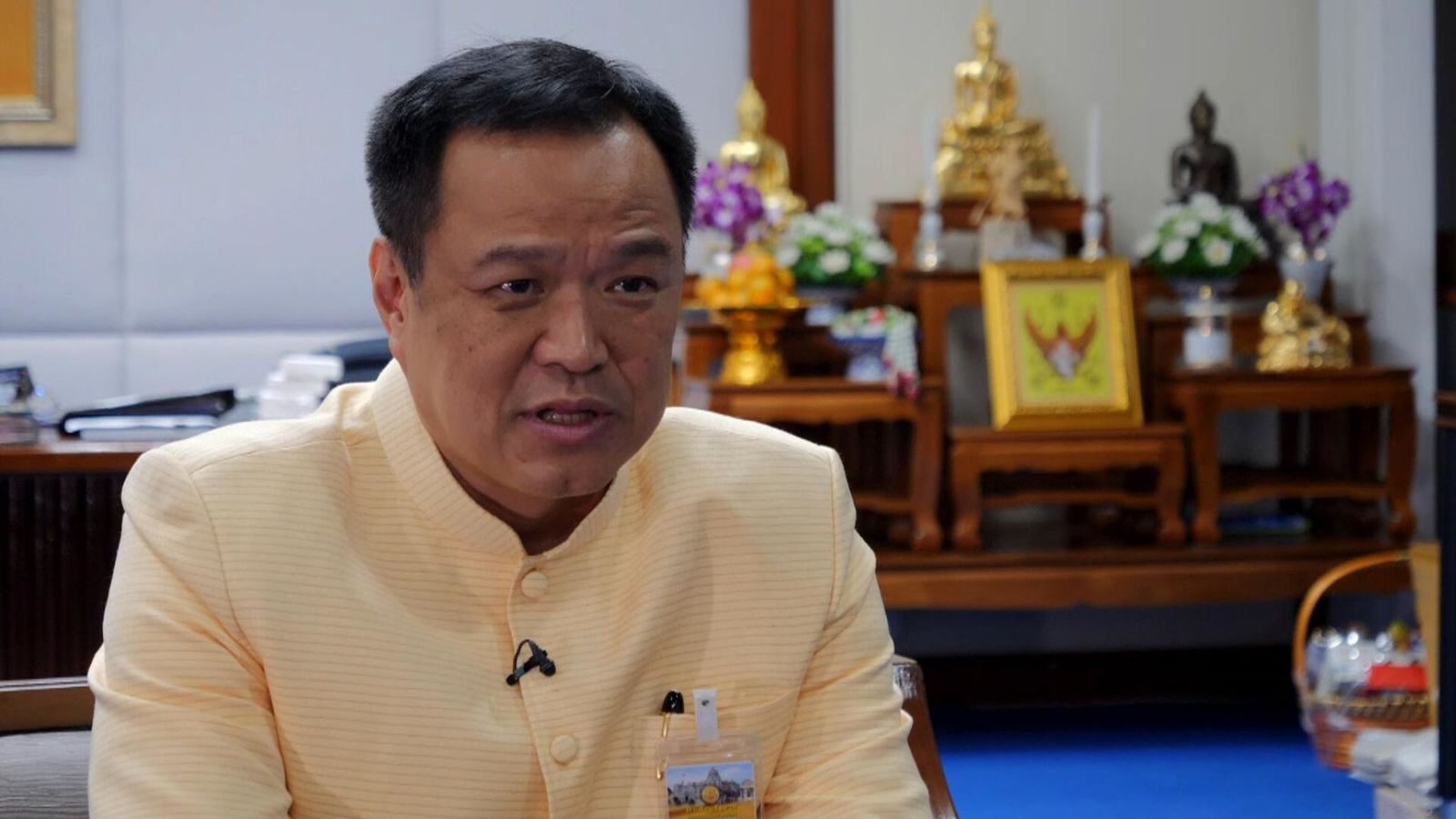 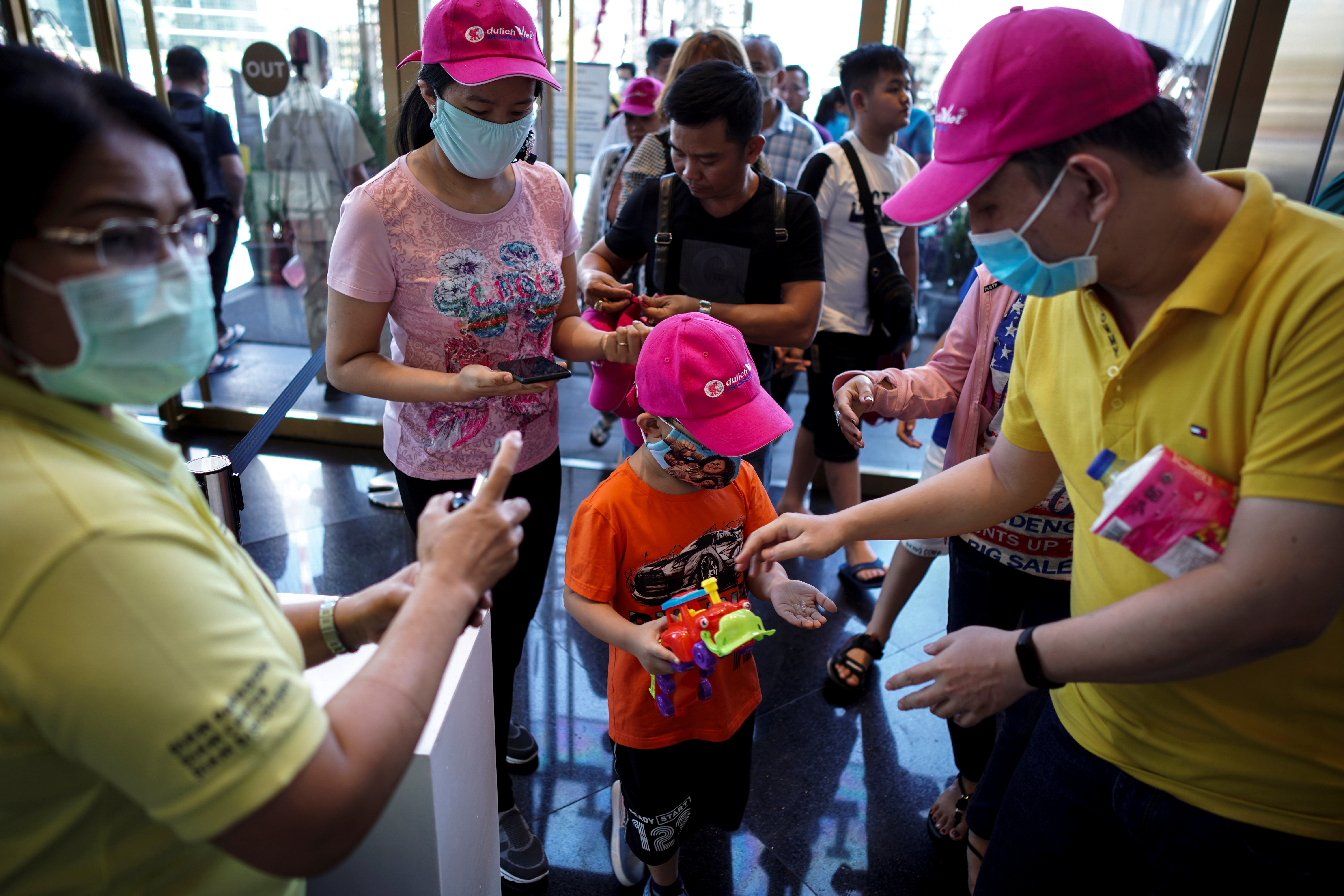 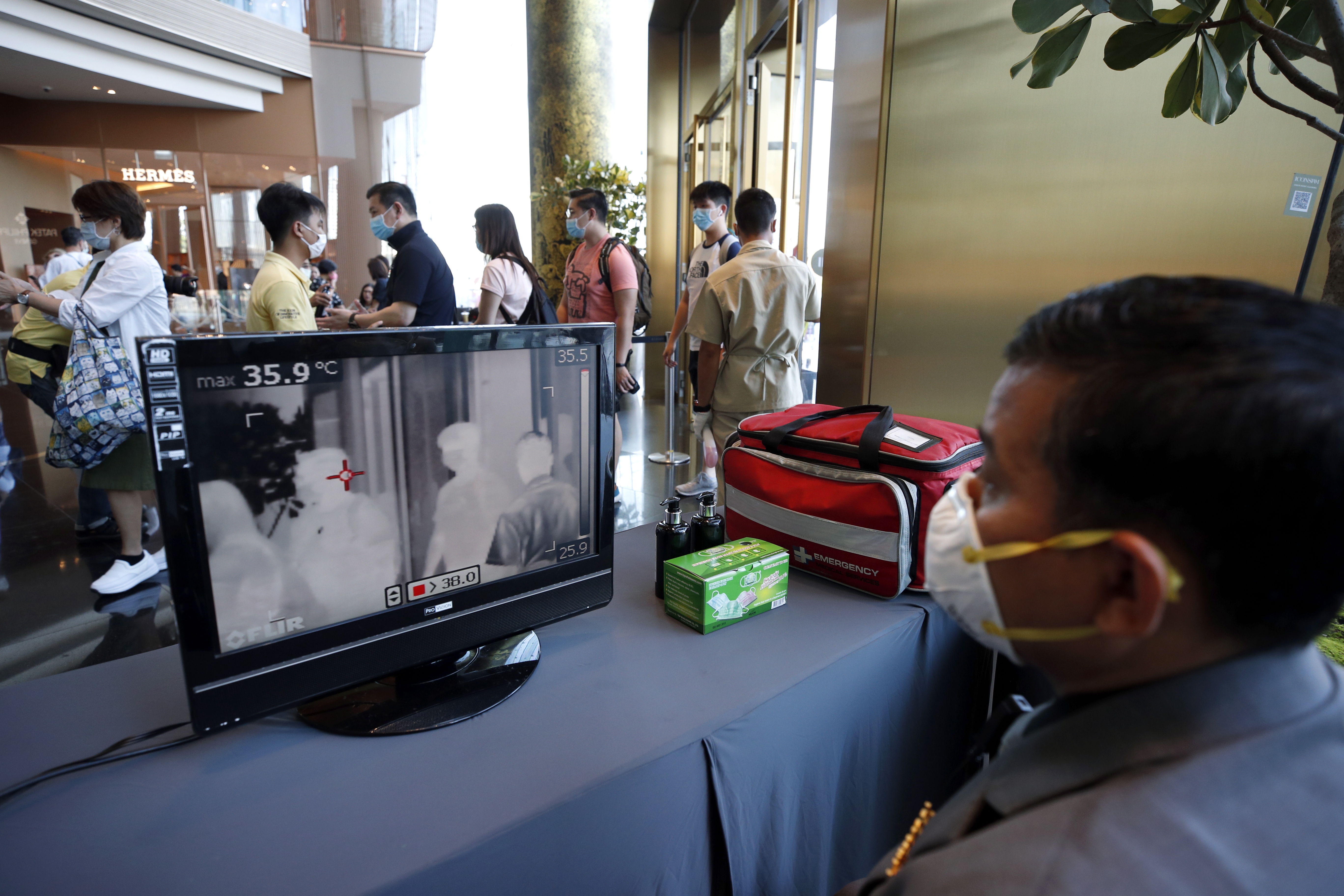 Now with 14 confirmed cases, health minister Anutin Charnvirakul has admitted the country “is not able to stop the spread” of the virus because there are so many Chinese travellers there.

The Prime Minister of Thailand had previously said the situation is under control but as the disease develops concerns are becoming a reality.

Mr Charnvirakul told Sky News: “We are not able to stop the spread.”

“Our target is we will be able to detect all carriers entering Thailand and we will apply necessary measures as the situation develops.”

“Of course we expect more people to get sick but we are able to identify all of them.”

The holiday destination is a top foreign destination for tourists from Wuhan and panic is starting to spread.

The Thai government estimates around 22,000 tourists from Wuhan visited the country in January, possibly exposing vast numbers of people to the virus.

While all arrivals into Thailand from China will now be screened and thermal scanned for signs of the disease, the coronavirus is believed to be contagious during the incubation period.

There are fears that while visitors may not have any symptoms, they could in theory be spreading the infection. 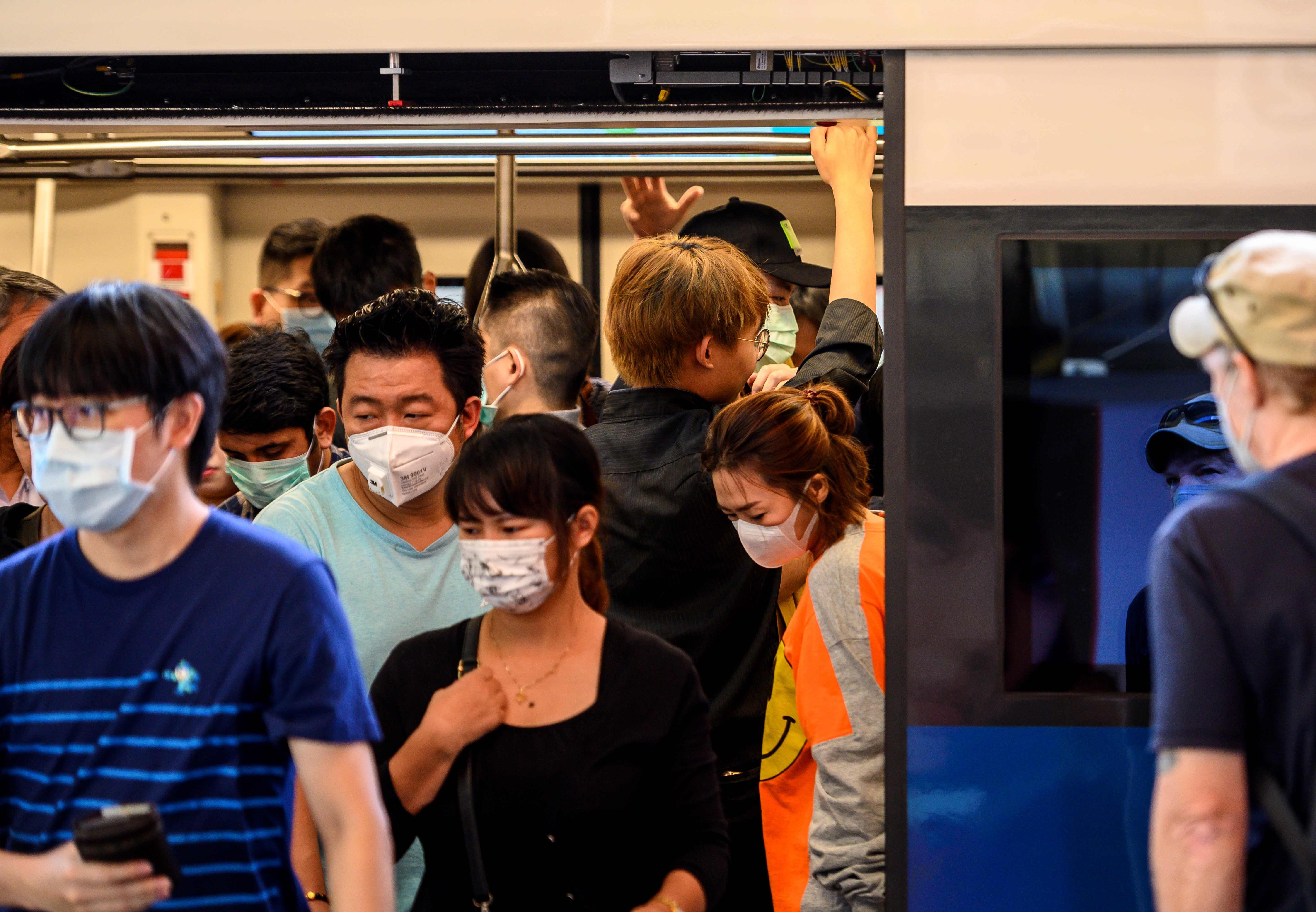 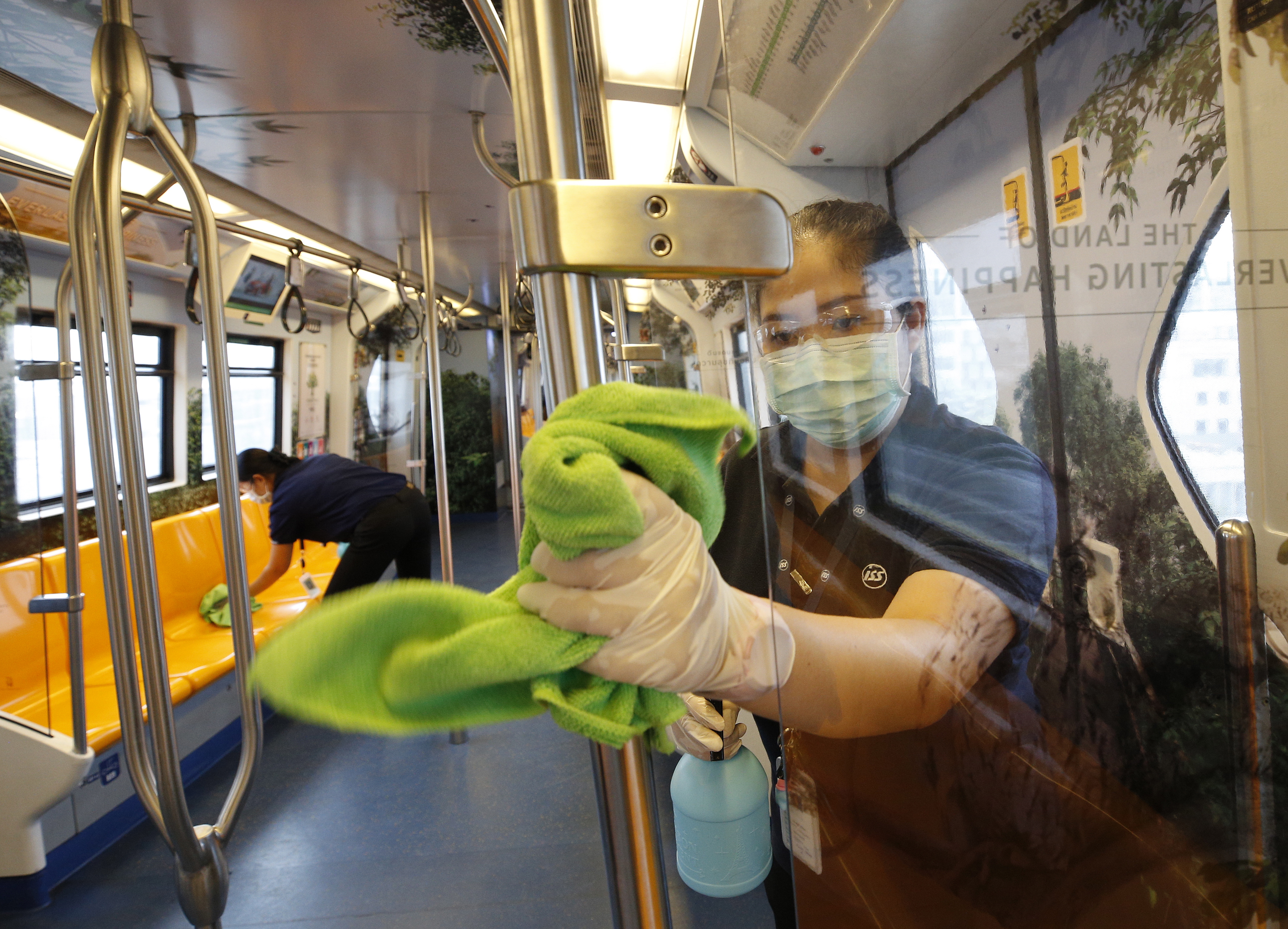 Thailand’s capital city of Bangkok is attempting to combat the spread of the disease by placing thermal scanners at the entrances to shopping malls and assigning workers to give out disinfectant to visitors.

Surgical masks are selling out across stores.

Residents have been advised to protect themselves with a focus on personal hygiene and isolation indoors.

But there is no way of knowing how many more infections will emerge in the coming days and weeks.

Nobody has died from the disease outside of China, however fears have grown exponentially in the last week as the number of patients infected has soared from just 308 on January 21 to more than 4,500 on January 28.

Six new cases were confirmed in China on Tuesday, five of them involving a family from China's Hubei province, and the sixth from Chongqing province.

The death toll for the virus stands at 106, with the number of infections almost doubling in a day to more than 4,500.

It comes as scientists warn the virus will continue to spread for at least another six months, with a vaccine at least eight weeks away.

By that time, hundreds more could have died and numerous other countries been infected.

There is a risk the virus could trigger a global epidemic – when the illness spreads uncontrollably around the world – if the Chinese government doesn't clamp down on the movement of people, scientists at Hong Kong University said.

Where did coronavirus start? From bats to snakes – the theories on deadly virus' origins

The killer coronavirus was spread from bats to snakes to humans, experts have claimed.

An outbreak of the virus is understood to have started at an open air fish market in the Chinese city of Wuhan – which has since been put in lockdown after 25 people died and more than 600 people were infected globally.

A new study published in the China Science Bulletin this week claimed that the new coronavirus shared a strain of virus found in bats.

Previous deadly outbreaks of SARS and Ebola were also believed to have originated in the flying mammal.

Experts had thought the new virus wasn't capable of causing an epidemic as serious as those outbreaks because its genes were different.

But this latest research appeared to prove otherwise – as scientists scrabble to produce a vaccine.

In a statement, the researchers said: “The Wuhan coronavirus’ natural host could be bats … but between bats and humans there may be an unknown intermediate."

Meanwhile, scientists at Peking University also claim that the deadly virus was passed to humans from bats – but say it was through a mutation in snakes.

The researchers said that the new strain is made up of a combination of one that affects bats and another unknown coronavirus.

They believe that combined genetic material from both bats and this unknown strain picked up a protein that allows viruses bind to certain host cells – including those of humans.

After analysing the genes of the strains the team found that snakes were susceptible to the most similar version of the coronavirus.

It meant that they likely provided a "reservoir" for the viral strain to grow stronger and replicate.

Snakes are sold at the Huanan Seafood Market in central Wuhan and may have jumped to other animals before passing to humans, they claim.

But a senior researcher at the Wuhan Institute of Virology, who asked not to be named, said the findings should be treated with caution.

He told the South China Morning Post: “It is based on calculation by a computer model.

“Whether it will match what happens in real life is inconclusive.

“The binding protein is important, but it is just one of the many things under investigation. There may be other proteins involved.”

The expert believes that the new strain was an RNA virus, meaning that its mutation speed was 100 times faster than that of a DNA virus such as smallpox.