A COUNCIL has sparked panic by telling people to prepare a “grab bag” ready to “flee your home” if you do not have time to pack.

The London authority was ridiculed for the alarming tweet – with one resident asking whether they should expect “zombies and aliens”. 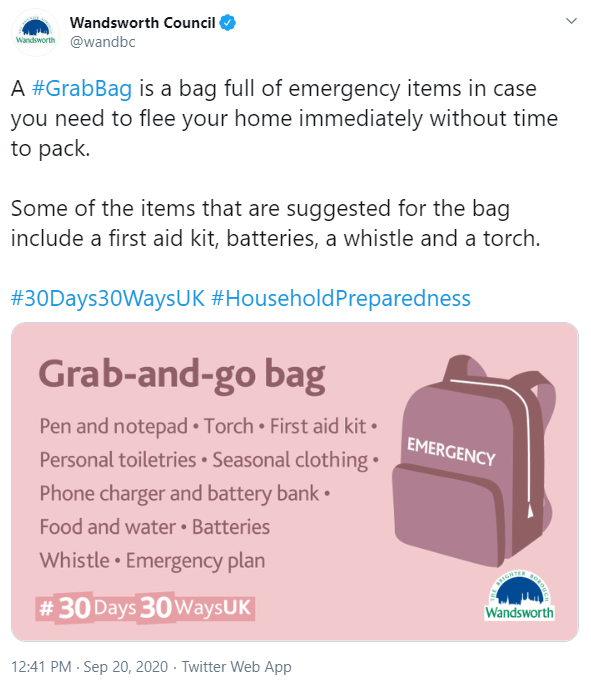 The borough of Wandsworth in South West London also told residents to include “a first aid kit, batteries, a whistle and a torch”.

One user told the Council to "read the room" with the country's top scientists set to issue a Doomsday Covid warning to the nation today.

Another resident called the timing of the message “shockingly bad taste” when people are “already anxious and stressed”.

But the bizarre tweet is actually part of a national campaign to encourage members of the public to be prepared.

The #30days30waysUK trend is about taking "proactive steps to be better prepared" for every day emergencies as well as far less likely incidents.

One user joked: “Under what circumstances do I need to flee my house and take a WHISTLE?”

Another said: “Bit alarming to tweet this out on a Sunday, people a bit tense at moment with future lockdown talk.

“If it’s zombies and aliens don’t worry they will get stuck in the #tooting traffic.”

Broadcaster Jeremy Vine wrote: “What are you not telling us, Wandsworth Council?”

One user joked: “Following a screening of Shaun of the Dead, a forward thinking Wandsworth Council prepares for the zombie apocalypse.”

Another said: “I’ve just woken up from a nap. Has the zombie apocalypse started something?”

Labour MP for Tooting Dr Rosena Allin-Khan replied to one of her concerned constituents and agreed that “without any context it seems like a zombie apocalypse is imminent”.

But she explained: “Think less ‘prepare for a zombie apocalypse’ and more ‘have you topped up your first aid kit recently?’”

In response to the panic, Wandsworth Council later clarified: “Don't worry, we're not trying to scare you.

“This is part of our contribution to the #30days30waysUK campaign – a month-long national campaign.

"We're working with our Emergency Planning team to send out a tweet a day advising people how to be prepared in different situations." 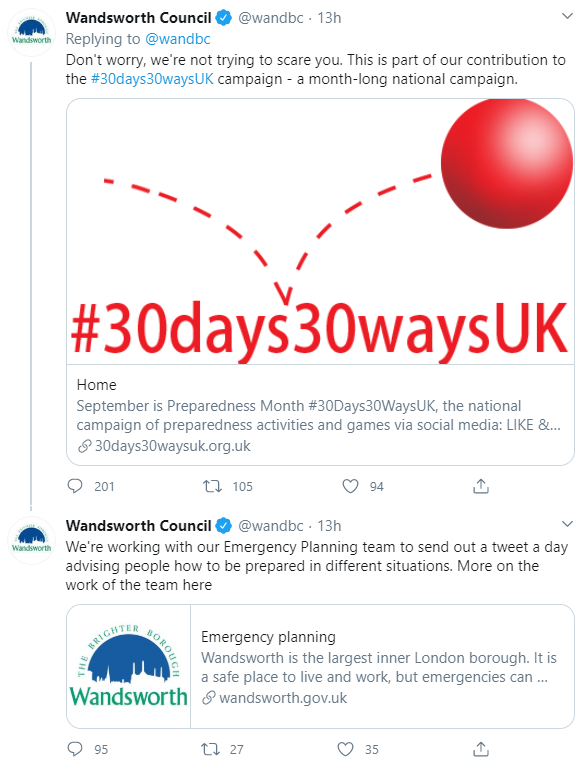 by, council, panic, sparks, tellin
You may also like: