WASHINGTON — Over the weekend, New Zealand marked 100 days without a single new coronavirus infection from within the country, meaning that it has completely eliminated community spread. Around the same time, the United States became the first nation in the world to record 5 million cases.

It’s true, New Zealand is a remote island country with half the population of New York City. But as far as Katie Hill is concerned, something else is at work: New Zealand is led by a woman, Prime Minister Jacinda Ardern. “Maybe we’re wired differently, maybe it’s because of how we’re socialized. Either way, what we are makes us better at governing. It just does,” Hill writes in her new book, “She Will Rise.”

Other countries led by women, including Germany and Iceland, have seen similarly impressive results in curbing the pandemic. Meanwhile, the U.S. has become a study in avoidable public health mistakes, an unwelcome example to much of the world. The U.S. is closely trailed by Brazil, whose president, Jair Bolsonaro, is sometimes called “Trump of the Tropics” for his close adherence to the American president’s style of governing.

In conversation with Yahoo News, Hill says that women make better leaders because they have what she calls an “internalized caregiving mentality.” She contrasts that mentality with the “fragile male ego” of strongmen real and self-imagined. “They don’t want to ever be wrong. It means you can’t really course-correct. There’s less of a willingness to listen to advisers.” 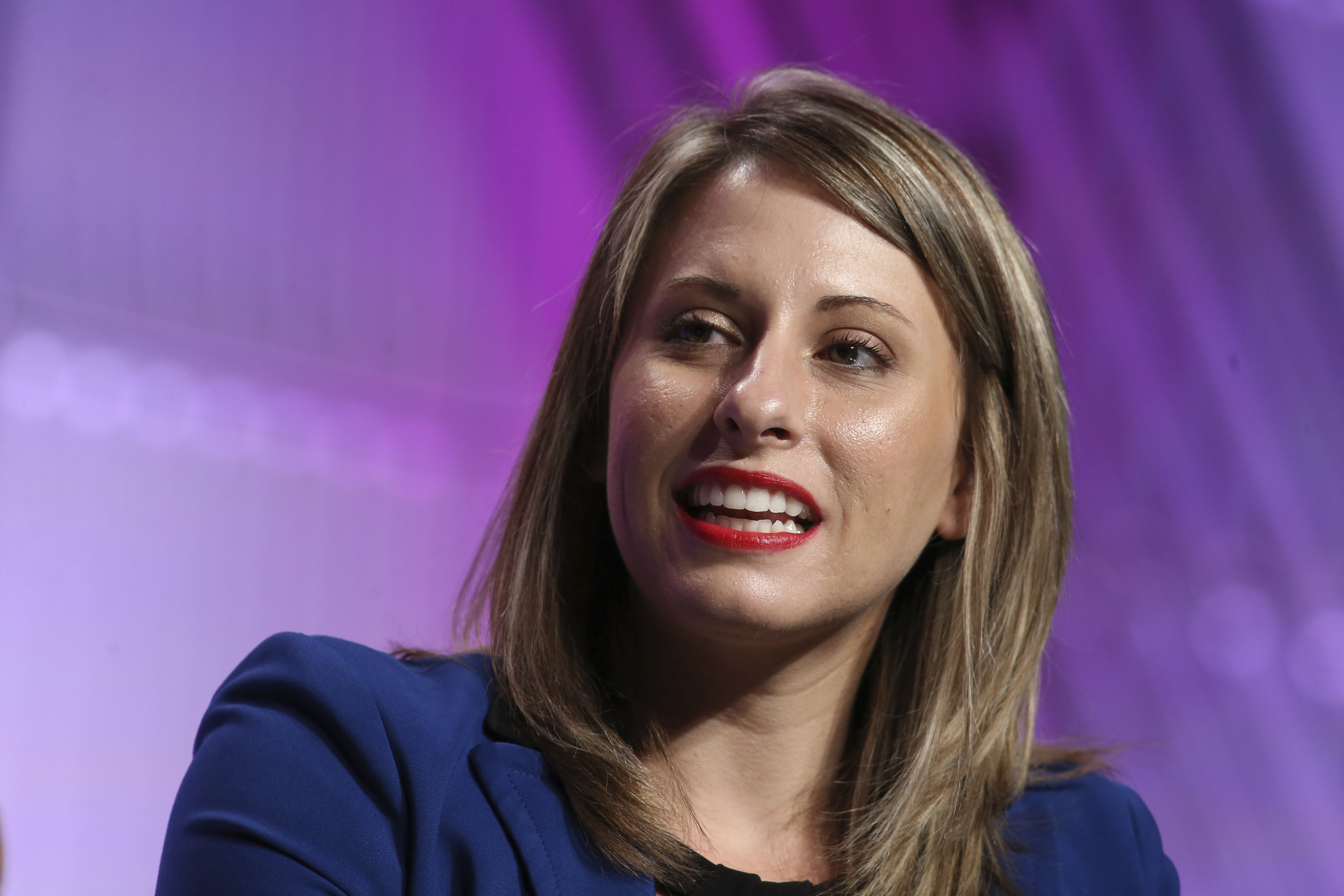 Women in the United States have also sometimes been more successful in managing the pandemic than their male counterparts. Black women mayors in Washington, D.C. (Muriel Bowser), Atlanta (Keisha Lance-Bottoms) and San Francisco (London Breed) have managed to keep their cities from experiencing full-scale outbreaks of COVID-19. Female governors in Oregon (Kate Brown) and Michigan (Gretchen Whitmer) have done the same.

Meanwhile, blustery male leaders from both parties have committed the very errors Hill has described, refusing advice and showing little capacity for change. That is as true for the progressive mayor of New York City, Bill de Blasio, as it is for the Republican governor of Florida, Ron DeSantis.

Of course, the same can be said of female leaders like Kristi Noem, the Republican governor of South Dakota, a Trump ally who has denounced orders mandating masks and has also, like the president, touted the malaria drug hydroxychloroquine as a potential coronavirus treatment.

Just how much gender has to do with all this remains a matter of debate. Writing in the Atlantic, the journalist and feminist historian Helen Lewis cautioned against reading too much into the success of female leaders like Ardern and Germany’s Chancellor Angela Merkel, arguing that it is “not that women leaders are doing better. It’s just that strongmen are doing worse.”

The counterargument is that strongmen tend to be, as the name suggests, men.

In her book, Hill goes so far as to say that men need to step aside in order to improve electoral prospects for women. “So for all the men reading this … if and when you consider running for office,” she writes, “I know it’s going to be hard for your ego, but maybe look around first and see if there’s a woman you could support instead. Haven’t you guys had a long enough turn?” 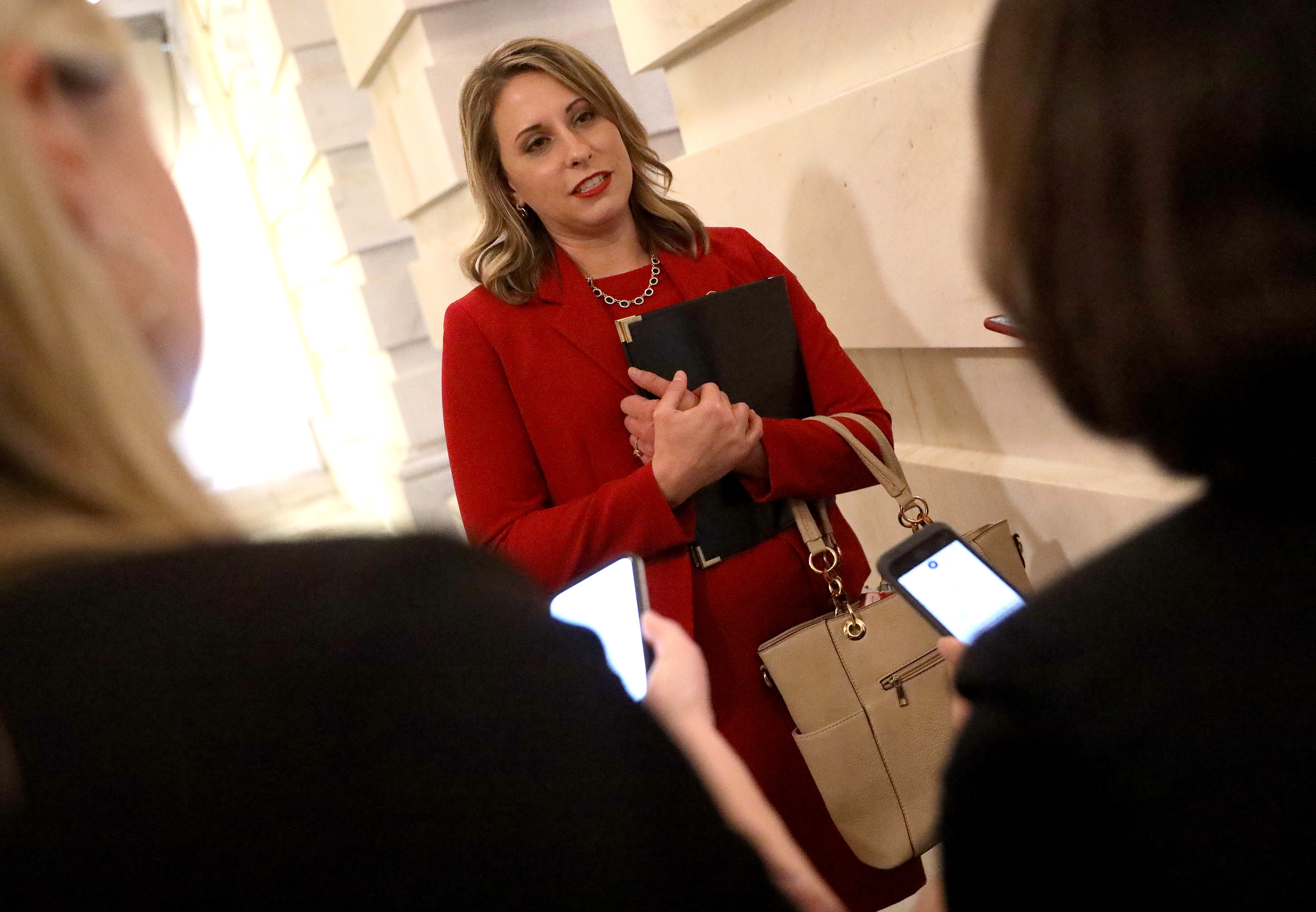 In conversation with Yahoo News, Hill justifies that position by pointing out that women hold only 23.7 percent of all congressional seats, even though they make up 50.8 percent of the American population, according to the most recent statistics from the U.S. Census Bureau. That means they have half the congressional representation they might have.

“We make up half the population, so we should make up half. If we don’t get to parity, then our issues are not going to be prioritized,” Hill told Yahoo News a couple of days before her book was published.

The pronoun in the title of her book has two meanings. The “she” who will rise refers to any woman seeking political office, or the broader elevation of women at all levels of government. But “she” also refers to Hill herself, who stepped down from her congressional seat in late 2019, after sexually explicit photographs surfaced of her with a female staffer, with whom Hill and her husband, Kenny Heslep, were allegedly engaged in a romantic relationship.

Hill is now trying to divorce her husband, whom she describes as abusive. She believes that he gave the  compromising photographs to conservative media outlets. From there, the affair was quickly taken up by the mainstream press.

At the time, she was representing California’s 25th Congressional District, which includes a swath of suburban northern Los Angeles. She had wrested it from longtime Republican control, becoming one of several Democrats to turn the suburbs of Southern California blue in the 2018 midterms. Naturally enough, the GOP wants those seats back, and will do what it can to reclaim them.

Even so, Hill maintains that there is a vast difference between the kind of opposition research political campaigns deploy against the competition and the scandal in which she became embroiled.

When male politicians are being attacked, “You just don’t see that kind of targeting in the same way,” Hill told Yahoo News. “The effort to demean was something that I think was different.” One conservative commentator, for example, called her a “self-adoring slut.”

Everyone involved in the affair was an adult, and a seemingly consenting one at that, so that while the pictures may have been lurid, racy, icky — a great many adjectives have been deployed — they alone posed no threat to Hill’s political future. She does, after all, represent Los Angeles, and although her district is relatively conservative, Angelenos tend to be forgiving of personal indiscretions.

No, the fact that one of those pictures appeared to show Hill with the tattoo of a Nazi military symbol did not exactly help her chances of survival. Rather, it was the involvement of a congressional staffer that spurred an investigation. With that came the recognition that the results of that investigation were likely to prove damning.

“At the time, it absolutely felt like the right decision,” Hill says of her resignation. On the House floor, she delivered a fiery speech in which she said she did not want to complicate Democrats’ efforts to impeach President Trump, which were then ramping up and would consume the next several months. “I am leaving now because of a double standard. I am leaving because I no longer want to be used as a bargaining chip,” she said.

But then she was all alone, watching as her fellow first-term progressives took on Trump in congressional impeachment proceedings. At one point, she considered suicide. “I stared at the veins in my wrists,” she writes in her new book, which deftly transitions between the personal and political. “They were so thin. They were green in the candlelight. I started tracing them with the edge of the knife, lightly at first, then pushing harder and harder. The knife was duller than I thought.”

She has been climbing back ever since. In February 2020, right before the coronavirus pandemic landed stateside, Hill announced the formation of Her Time, a political action committee that seeks to help female candidates win elected office. Then, in quarantine, she began writing “She Will Rise,” while also emerging as a fiery anti-Trump voice on Twitter. The voice on Twitter is not all that different from the voice in the book, by turns intimate and argumentative, excoriating Republicans while telling her own story.

Although she does not rule out a political comeback, Hill says that she is now focused on the prospects of other women, not her own.

The coronavirus pandemic seems to prove her point, in ways neither she nor anyone else could have possibly expected. New Zealand’s Ardern — who had already been praised for her response to a mass shooting last year — has become something of an international star, appearing on Stephen Colbert’s late-night show. Her cool response to an earthquake during a live television broadcast went viral, seeming to give the lie to every stereotype of what female leadership looks like.

The new committee echoes the efforts of Sen. Kirsten Gillibrand, D-N.Y., who has made women’s issues a centerpiece of her congressional career, as well as of her recent presidential run. Gillibrand’s own political committee, Off the Sidelines, has been working to elect women since 2011.

Hill doesn’t just want women off the sidelines, she wants men to trot off the field. “We should be grateful for and encourage our male allies,” she writes. “We absolutely need them, and we should be recruiting them to our sides at every opportunity. But as far as I am concerned, to successfully prioritize and win these battles, we need our leaders to be women.”

Fatal shootings across NYC have nearly doubled since 2019: NYPD