Hundreds of firefighters battle to contain monster southern California wildfire that has grown to 10,000 acres, has prompted 500 evacuations and is still spreading with smoke spotted from Venice Beach

A massive brush fire has devoured more than 10,000 acres in southern California, causing mandatory evacuations as multiple agencies have fought to quell the blaze.

The Lake Fire was reported near Lake Hughes and Pine Canyon at around 3.40pm on Wednesday as temperatures were in the mid 90s, KTLA reports.

‘The gusty winds, low humidities, and hot temperatures will bring elevated to brief critical fire weather conditions to the mountains and Antelope Valley,’ the Angeles National Forest incident page said in a statement. 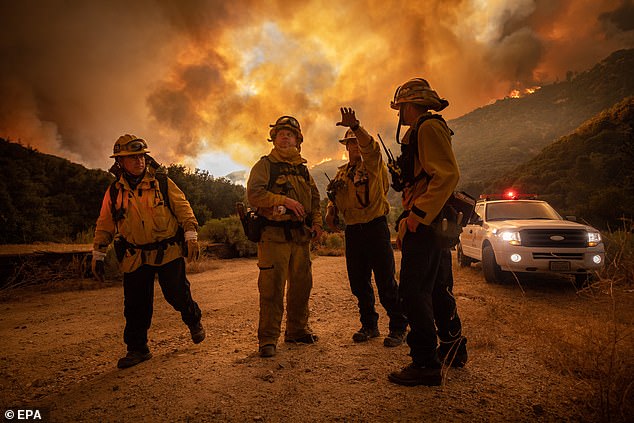 The Lake Fire was reported near Lake Hughes and Pine Canyon at around 3.40pm on Wednesday 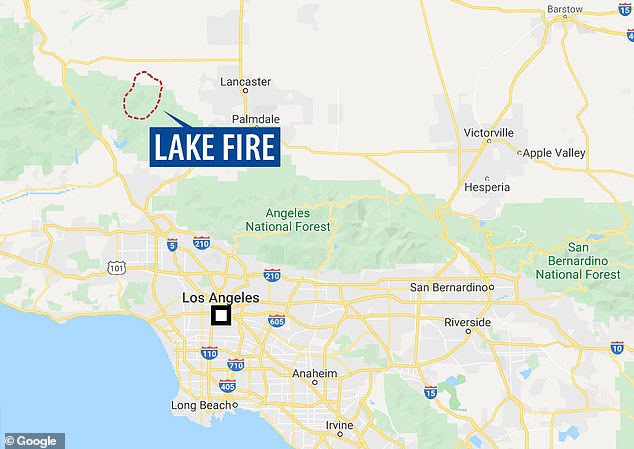 The Lake Fire is burning near Lake Hughes and Pine Canyon

Approximately 500 homes in the area were evacuated, fire officials shared.

Smoke could be seen from as far as Venice Beach, as seen in a photo captured by beach lifeguards. 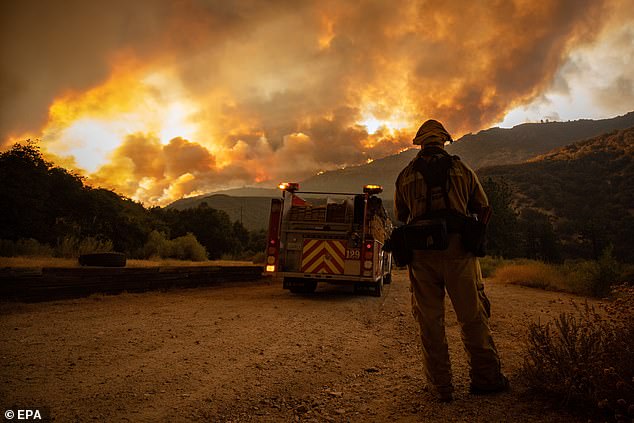 The fire was growing at an ‘extreme rate in steep terrain,’ according to National Weather Service officials. As of 6.30pm PT, the fire was zero per cent contained.

Firefighters fought the intense flames as aircrafts dropped water and retardant to assist in the combating of the fire.

According to Angeles National Park officials, the crews made ‘good progress’ on  the south side of the fire near the Cottonwood Campground.

The cause of the fire is currently unknown. 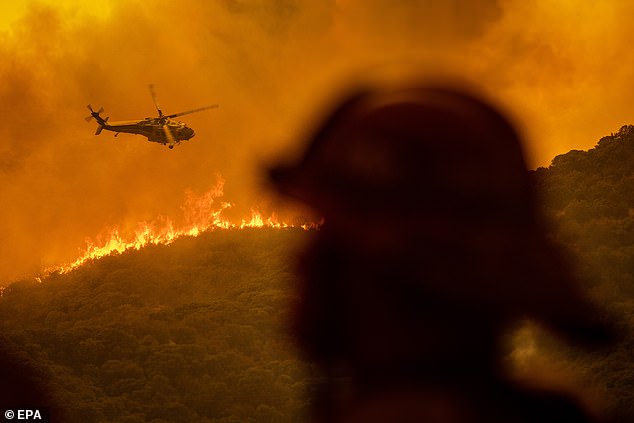 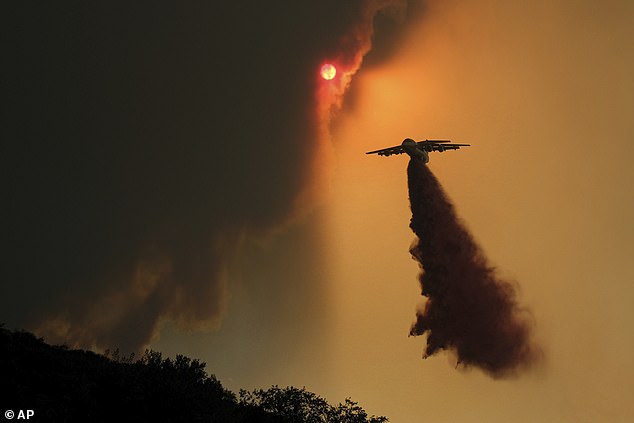 Aircraft drop water and flame retardant on the fire

Fires have been devastating the southern California area, with one that occurred just south of Lake Isabella on Tuesday resulting in the death of a fireman.

The unidentified firefighter ‘had an acute medical emergency and passed away due to complications,’ the U.S. Department of Agriculture said in a statement, NBC Los Angeles reports.

The firefighter had been working in the ‘support role’ at the command post for the Stagecoach Fire in Kern County. No further details were provided about their death. 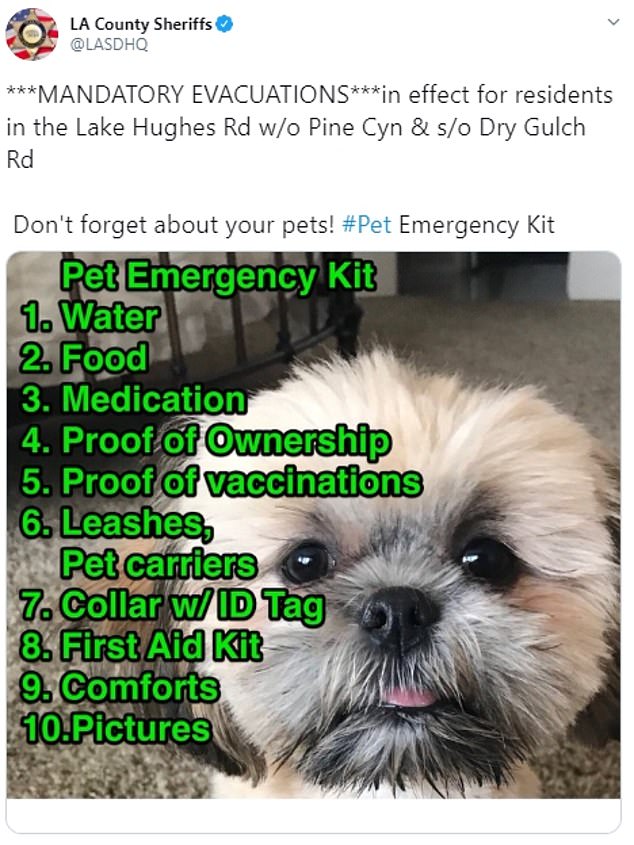