The man at the centre of a sex scandal which could see the Nobel Prize in Literature cancelled this year, also allegedly attacked the Crown Princess of Sweden.

Jean-Claude Arnault, a well-known cultural figure in Sweden, reportedly groped Crown Princess Victoria during a formal dinner in Stockholm in the mid-2000s.

According to a witness, Arnault ‘caressed her lower back and going down’, forcing one of her aides to ‘step in and pull him off her’. 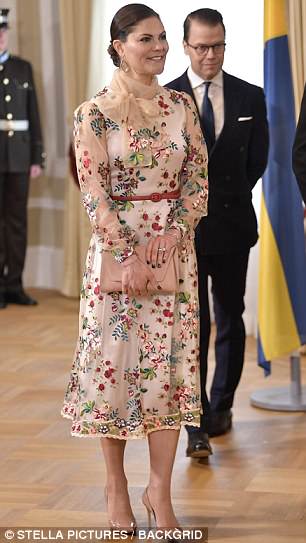 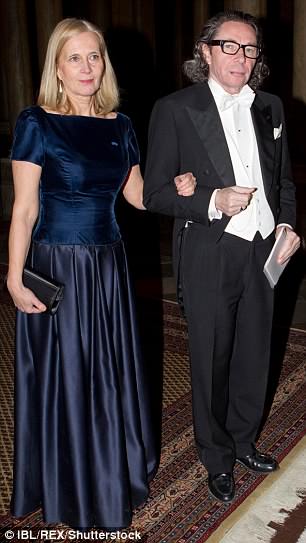 Now-disgraced photographer Arnault is married to Katarina Frostenson, a poet and former member of the Swedish Academy, which picks the winner of the Nobel Prize for Literature.

The Swedish Academy is currently in a state of crisis, sparked by allegations of sexual harassment, assault and rape made by 18 women against Arnault in an article by Dagens Nyheter during the height of the #MeToo movement.

In the ensuing investigation, allegations also emerged that the identities of previous Nobel Prize winners had been divulged to outsiders by Arnault in advance.

Six of the 18 academy members, including its head Sara Danius and Frostenson, have stepped down in recent weeks, meaning there are no longer enough active members required to vote in a new member – creating a deadlock.

This has seen several members of the Academy suggest reserving this year’s prize, and awarding it alongside the 2019 prize, next year. 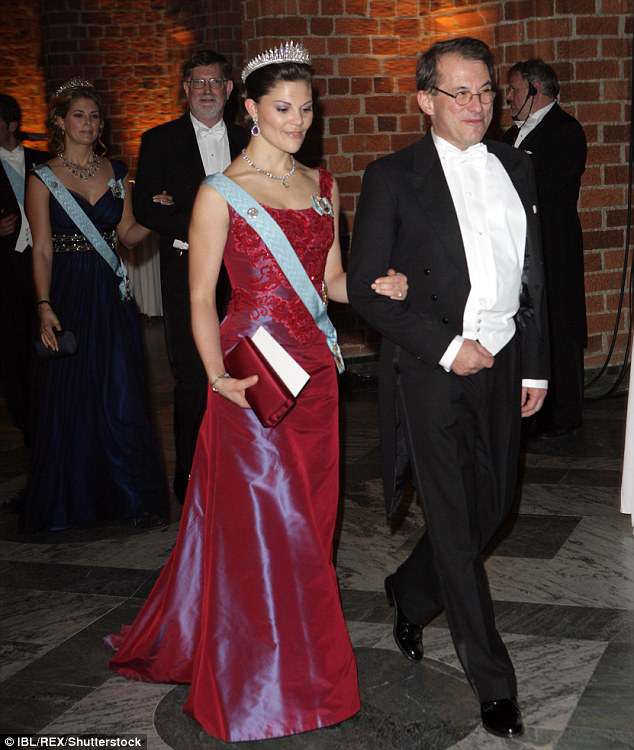 Incident: The alleged groping is said to have taken place in the mid-2000s when 40-year-old Crown Princess Victoria, pictured in 2006, would have been in her late 20s 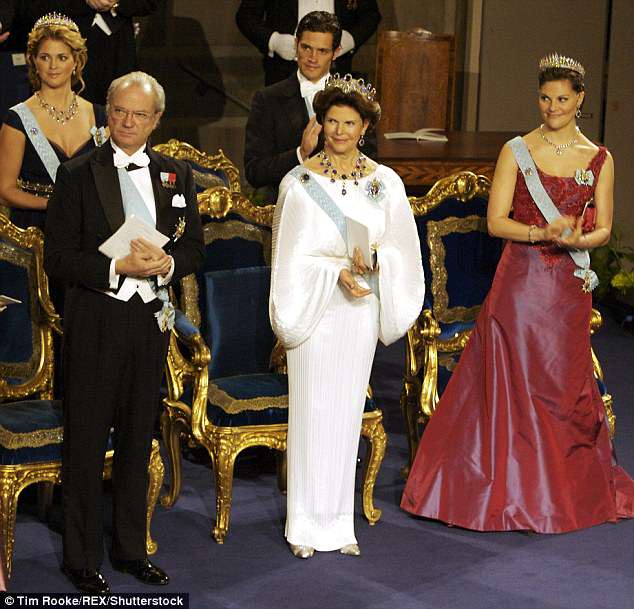 Ban: Following the alleged attack, the head of the Swedish Academy was reportedly instructed that the Crown Princess, pictured with the rest of the Royal Family at the Nobel Prize ceremony in 2006, should not be left alone with Arnault

Several other women also spoke out against Arnault in the wake of the article, and it has now emerged that the Crown Princess  may have been one of his victims.

Crown Princess Victoria, 40, would have been in her late 20s at the time of the gathering held at the Academy’s villa in Stockholm.

The then-head of the Academy – Horace Engdahl – was then reportedly told to ‘take action’ to ensure the Crown Princess was not left alone with Arnault ahead of a Nobel Prize-linked event in December 2006, as ‘the mere thought made her uncomfortable’.

Engdahl’s ex-wife Ebba Witt-Brattström told Expressen she was there and witnessed the groping incident. 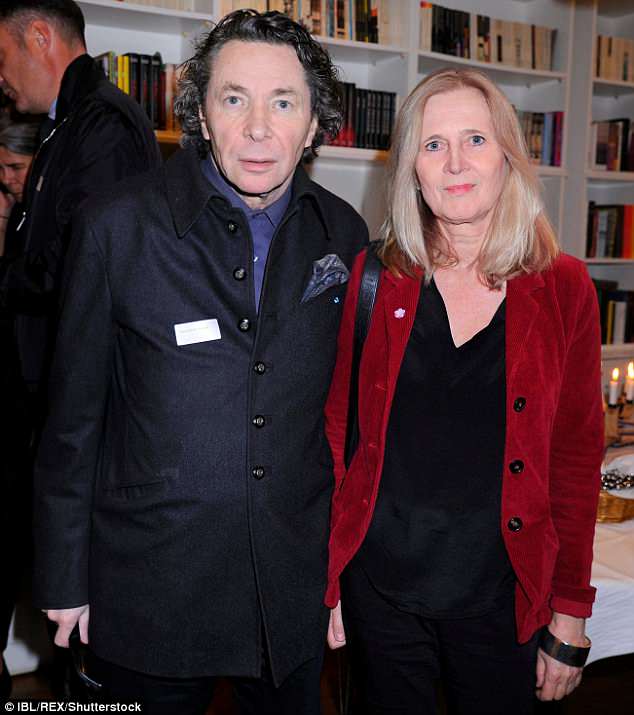 Scandal: The Academy is currently in a state of crisis, sparked by allegations of sexual harassment, assault and rape made by 18 women against Arnault, forcing a number of Academy members – including Frostenson – to step down

‘He [Arnault] caressed her over the back and downwards,’ she told the news website.

‘Her female aide – that was awesome to see – launched herself forward and pulled him off her’.

The Swedish Royal Family’s spokesperson has declined to comment on whether or not the Crown Princess was groped, and said they would neither confirm nor deny that Engdahl were given such instructions.

In the wake of the #MeToo scandal, the Academy cut all ties with Arnault’s cultural club Forum in Stockholm, which it had subsidised for years and which was a key meeting point for the country’s cultural elite.

Arnault denies the allegations, but the scandal has dragged the Academy’s reputation through the mud.

‘This is devastating for the reputation of the Nobel prize,’ Mattias Berg, who covers cultural affairs for SR radio, told AFP.