Crucifix confirmed to be El Cid's, the famous medieval warlord

A quest to find the relics of El Cid, the infamous Spanish warlord, has uncovered his crucifix in a cathedral in Salamanca, northwestern Spain.

El Cid, a popular Spanish folk-hero and national icon and famously depicted by Charlton Heston in the 1961 film, carried the crucifix into numerous battles he fought across the country during his life which spanned from 1043 – 1099.

As reported in The Times, the discovery was made by Alberto Montaner, a professor of Spanish literature at the University of Zaragoza. 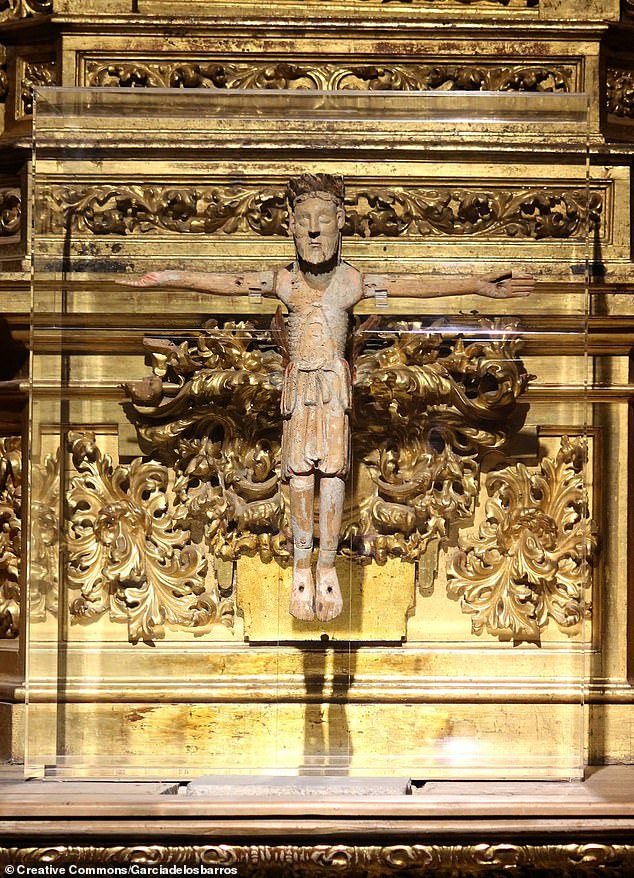 EL Cid’s crucifix, Cristo de las Batallas. It was confirmed to have been El Cid’s after a professor of Spanish Literature was able to prove it belonged to the Spanish warlord using a letter in the British Library from King Alfonso XI 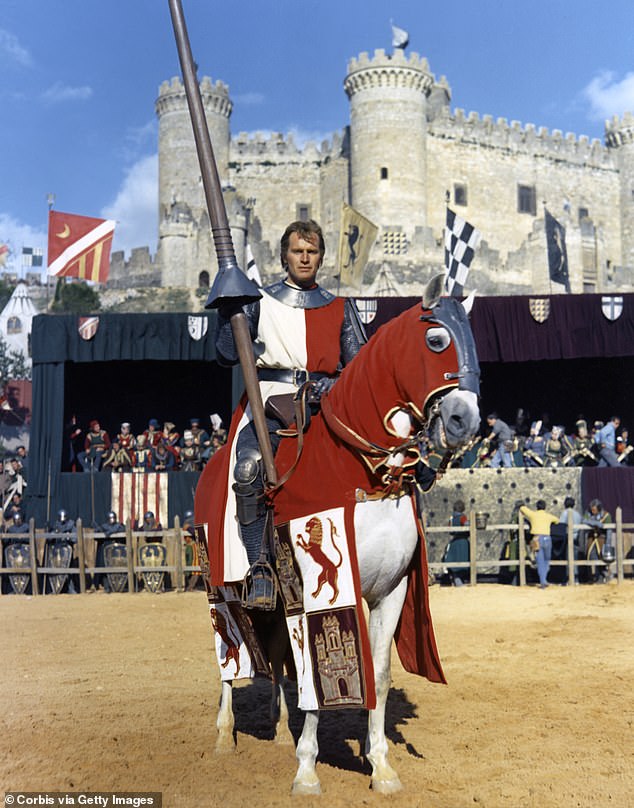 El Cid was depicted in the 1961 film, in which American actor Charlton Heston played the Spanish warlord famous for his prowess in battle

‘A 14th-century letter of King Alfonso XI explains that El Cid carried a crucifix when he went out to fight,’ Mr Montaner told The Times. ‘It would have been a kind of talisman for him. We can surmise that it may have been given to him by Dona Jimena [his wife].’

The crucifix was suspected to have been linked to El Cid, but a letter discovered by Montaner in the British Library from King Alphonso XI confirmed its origins.

El Cid’s real name was Rodrigo Díaz de Vivar, and was given his nickname by The Moors, and meant ‘The Lord’, while the Christians called him ‘El Campeador’ which loosely means ‘The Champion’ but literally translates to ‘The Master of the Battlefield,’ showing his reputation as a fierce warrior and commander.

He won his nickname later in his life in 1091 after the conquest of Valencia, but was originally from more humble beginnings when he was born in 1943 to a family of minor nobles. 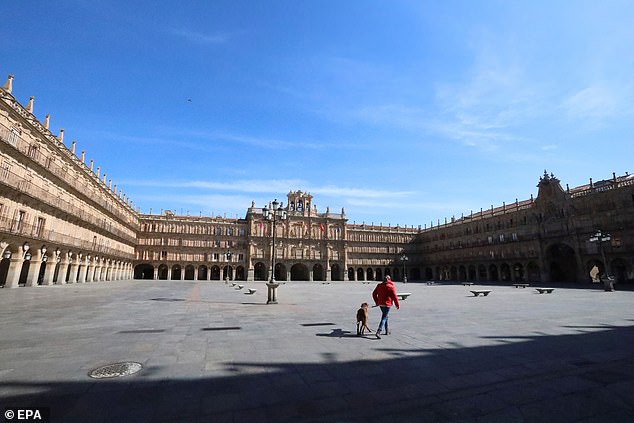 The main square in Salamanca, where the cathedral which houses El Cid’s crucifix is, lies virtually empty during the coronavirus pandemic

Mr Montaner told The Times: ‘El Cid has been the subject of a devotion that transcends that of an epic Hispanic hero’ and that his skills in battle were both a literary myth, and a patriotic one.

Surprisingly for such a prolific warlord, El Cid died in 1099 of natural causes. Three years later his remains were moved from his original tomb in Valencia cathedral to a monastery in San Pedro de Cardeña, and buried beside his wife.

Centuries later during the Peninsular War that spanned 1808 to 1814, the monastery was sacked by Nepoleon’s troops, scattering his remains and relics across the continent. Thus began a quest to recover the lost relics which has led to this discovery.

Other known relics of El Cid include a sword sold for €1.5 million in 2008, a fragment of his flag that was traced to a 2012 French auction that remains missing and some of his bones kept at Burgos cathedral.

His feet, hands and pieces of his skull also remain missing, Montaner said. 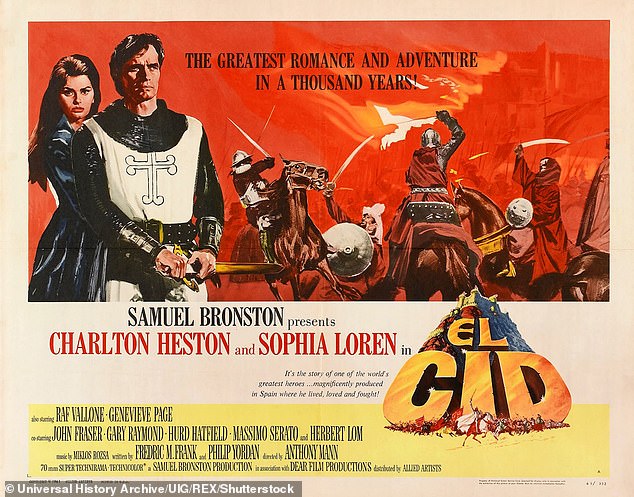 The 1961 movie poster for El Cid, in which Charlton Heston played the warlord, was sold as being ‘The greatest romance and adventure in a thousand years’

The 1961 film staring Charlton Heston as El Citd and Sophia Loren further added to the mythology of El Cid, and his status as a patriotic symbol mean General Franco even provided thousands of his own troops to help make the film.

Be, Ci, confirmed, crucifix, El, to
You may also like: