You’re not going ANYWHERE! Mahjong-playing woman traps her son under a STOOL so she can play the game with full attention

A Chinese mother has caused a public outrage after a trending video showed her trapping her toddler son under a plastic tool while playing mahjong with her friends.

The one-year-old struggled to climb out of the small space and started crying. However, his mother did not move an inch to free her son.

Furious web users have accused the mother of neglecting her child while focussing on gambling. 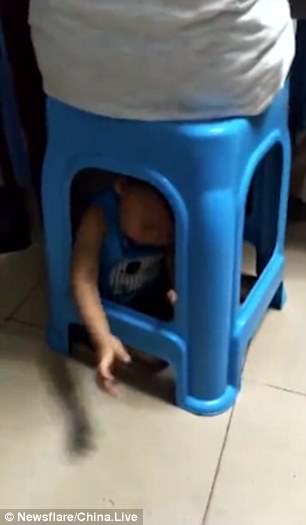 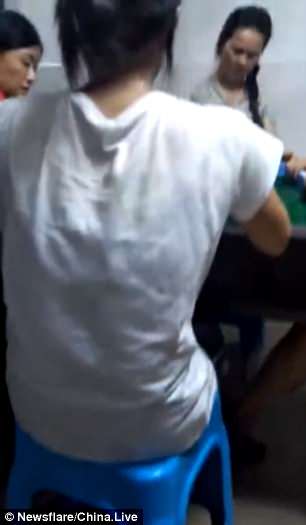 A year-old boy is trapped under a plastic stool while his mother is playing mahjong with friends in China (left). The woman leaves her son crying for help as she focuses on playing (right)

Video of the incident has gathered more than 2.1 million views.

It showed the boy being locked under a blue stool which his mother was sitting on during a mahjong game.

The boy cried for help and wanted to get out. However, he could not squeeze through the gap and eventually gave up trying.

According to Legal and Legislation Evening Post, the incident was said to have taken place at an underground mahjong parlour near a school in Hengyang city of Hunan Province.

After receiving reports from the public, the police raided the mahjong parlour and arrested 12 people on suspicion of illegal gambling on July 3.

However, Hengyang Police reviewed the video clip and believed that the incident had not happened in Hengyang. 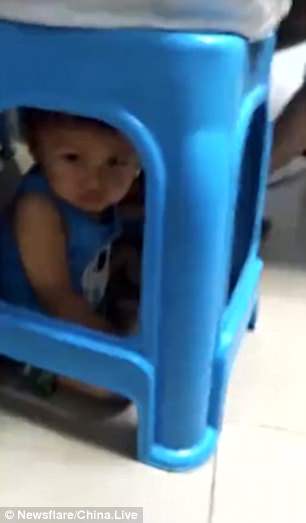 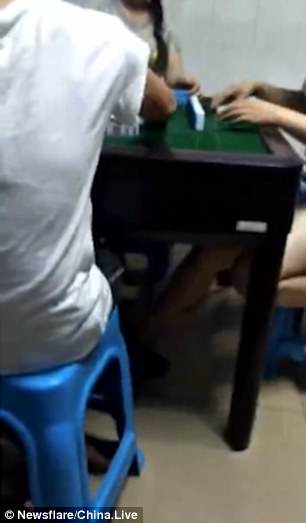 The boy is left unattended within a small space under the stool (left). Web users blamed the mother’s irresponsible behaviour and urged the police to arrest her (right)

‘They were speaking a different accent, it’s not the local (Hengyang) accent,’ the police posted on their official social media account.

The police said they would continue to investigate the incident and find the mother.

Web users were furious after seeing the mother trapping her son in order to play mahjong .

‘What a selfish mother! Imagine the boy growing up and locking her up one day,’ said ‘Chenyongan’.

‘Poor kid, my heart aches seeing him being locked up under a stool and the mother just keeps on playing mahjong,’ wrote ‘MFying’.