Prime Minister Andrej Babis and his cabinet will resign on Wednesday, leaving the Czech Republic in political limbo. 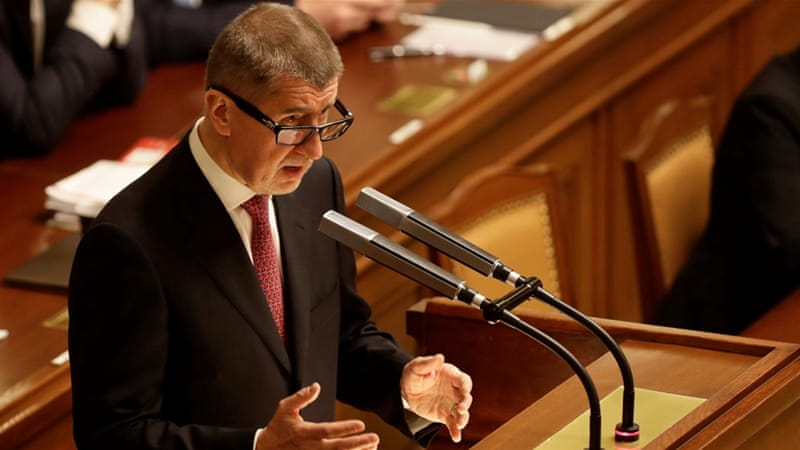 Czech Prime Minister Andrej Babis has lost a confidence vote in parliament, an expected result that marks the end of his short-lived minority government.

Only 78 members of parliament on Tuesday voted in favour of the government, while 117 were against.

Babis, the country’s second-richest man, and his cabinet will hand in their resignation on Wednesday, a spokeswoman said.

However, the prime minister is expected to remain in office as he negotiates with opposition parties to form a new government.

Czech President Milos Zeman, who is tasked with appointing prime ministers, has said he is willing to give Babis a second chance.

However, Zeman is up for re-election himself in a runoff that will be held on January 26-27.

It is unclear if Babis will get that second chance if Zeman loses to his opponent, Jiri Drahos.

Opposition parties have said they are ready to talk about joining a coalition, with some of them only willing to come to the table if Babis was not prime minister.

“The ANO chairman should wake up from his dream about a minority, one-party government and he should start working normally, work on building a government with majority support in parliament,” Petr Fiala, head of the centre-right Civic Democrats said.

That demand mainly sprouted from fraud allegations against Babis.

He is alleged to have hidden ownership of one of his companies a decade ago to win a $2.45m subsidy, mostly from European Union funds, meant for small businesses.

Babis, the second richest man in the Czech Republic, has denied any wrongdoing, saying the investigation is a ploy to try to get him to leave politics.

“This is a ploy organised by the mafia that had been stealing billions here, for a long time, and I, of course, bother them,” Babis said on Tuesday.

However, Czech police have requested Babis’ immunity to be lifted, a course of action a parliamentary committee also recommended earlier on Tuesday.

With parliament giving a vote of no-confidence and presidential elections happening next week, it could take weeks – if not months – before the Czech Republic has a government.