Dad, 46, loses leg and suffers kidney failure after false widow spider bites his ankle as he worked outside

Andy Perry, 46, is believed to be the first Brit to lose an entire leg from a spider bite, after he almost died when the creature bit his ankle. 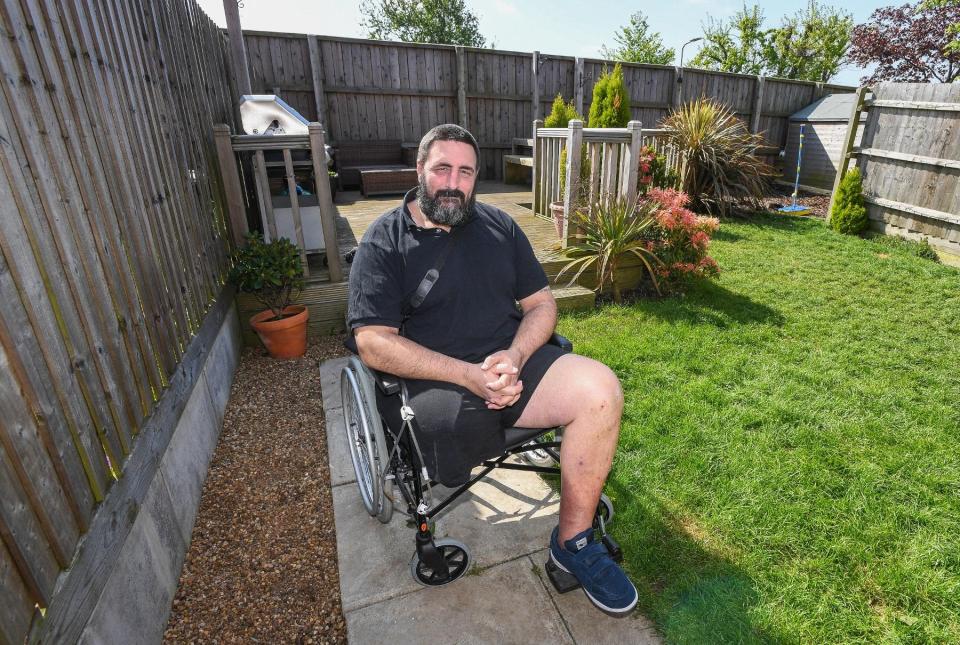 He had been working as a landscaper when he fell ill with severe back pain just 48 hours after a fencing job.

Andy had no idea he had been bitten by Britain's most venomous spider until he was rushed to hospital suffering from sepsis and kidney failure.

He required emergency care, was placed on an IV drip and remained at Leicester Royal Infirmary for a week.

Over the next few weeks the infection subsided but he was left with lymphedema – a painful and debilitating swelling of the leg, which left his skin falling off. 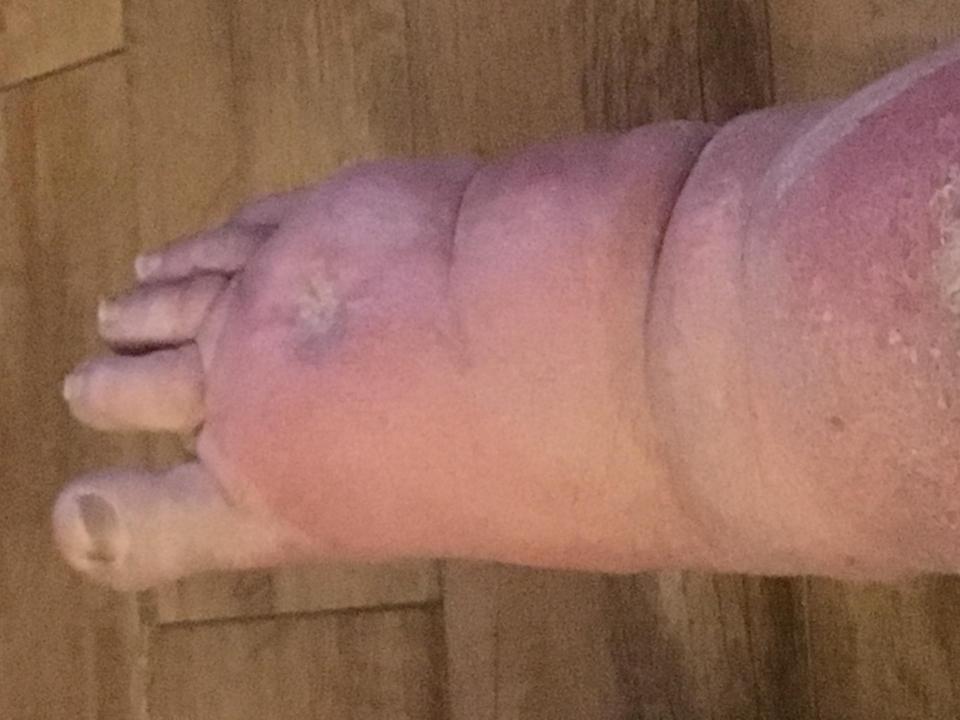 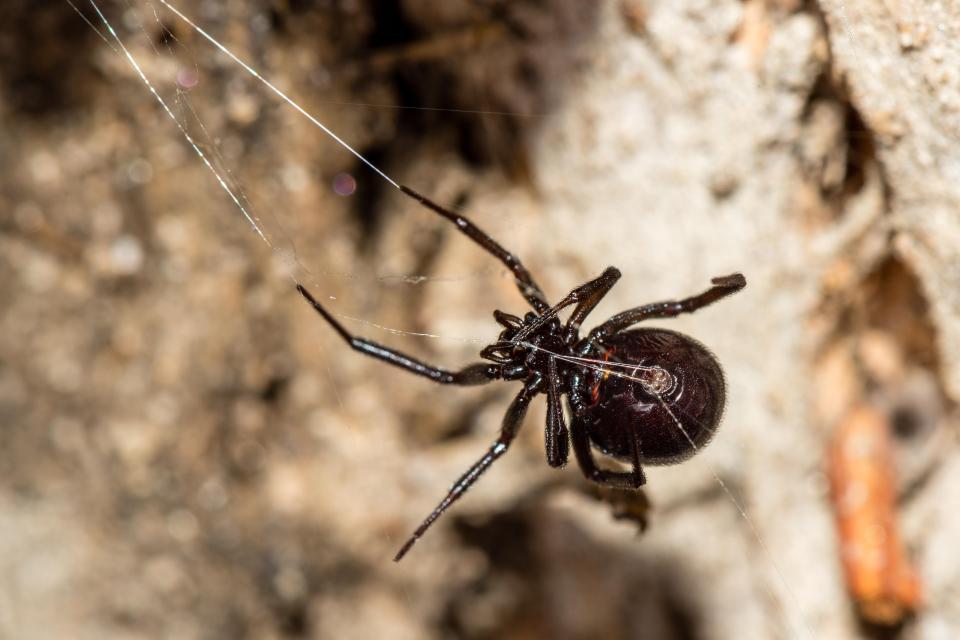 He said the pain got so bad that he even considered chopping off his own leg with a chainsaw.

After numerous appointments with specialists Andy opted for an elective amputation above his right knee in March.

He has now been left wheel-chair bound, unable to work or play with his kids and needs daily treatment.

Andy, of Huncote, Leics., who lives with his coper wife Christine, 39, said: "I was doing a quote for a job in 2015 and I was coming home at lunchtime to look after the kids because my wife was on shift.

"But within a couple of hours I started feeling really poorly.

"I rang the missus to see if she could come home but she couldn't and the next I know I got a massive ache in the small of my back. 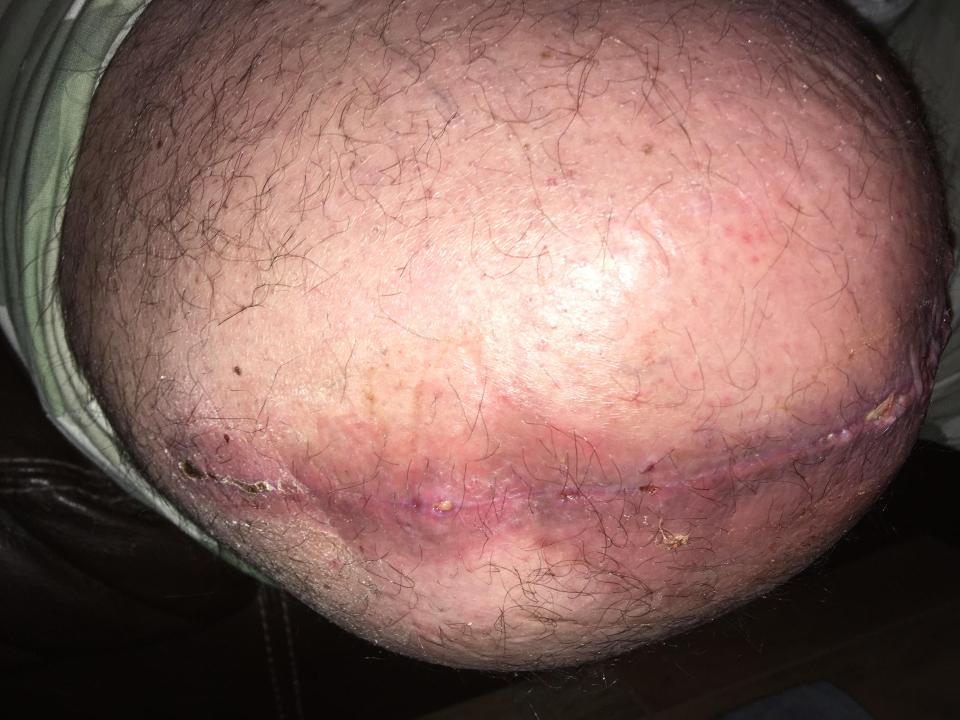 "That was pretty much me done then and Christine came back home when I called her again.

"I went to bed when she got back, pretty much for the whole weekend and I was throwing up.

"Then on the Sunday morning it was a question of having to get over to the hospital as soon as I could.

"I was seen by a doctor in the Royal Leicester Infirmary Triage and he said there was no chance of me going home.”.

Experts believed the false widow spider was to blame after a phlebotomist noticed two puncture marks on Andy's ankle.

The doctor in charge deemed the bite to be from the false widow spider – as its bite has similar effects that Andy was experiencing.

Andy added: "The only thing we can think of is that I literally just brushed past it and its had a quick bite as I've gone past.

"Apparently the bite of the false widow feels like a bee sting but I didn't feel a thing.

"The spiders are an awful lot more common than people think.

"After they sorted out the kidney function, things started improving and the sepsis was beaten by the anti-biotics.

"I've had the district nurses coming around for the next three months changing the dressing on my leg every day.

"The lymphedema caused the leg to swell to the point where the skin split and fell off.

Andy is now hoping to get help to fix up his garden so he can play with his children Thomas, 8, and George, 5.

The UK has seen a rise in false widow spiders – dubbed Britain's most venomous spider – in the past four years, believed to be caused by an increase in climate.

The influx of the eight-legged beasts has seen a number of unsuspecting Brits hospitalised.