Aiden Chaffe, 31, was on a training exercise in Langar, Notts, and plummeted from the sky and died on impact on Monday afternoon. 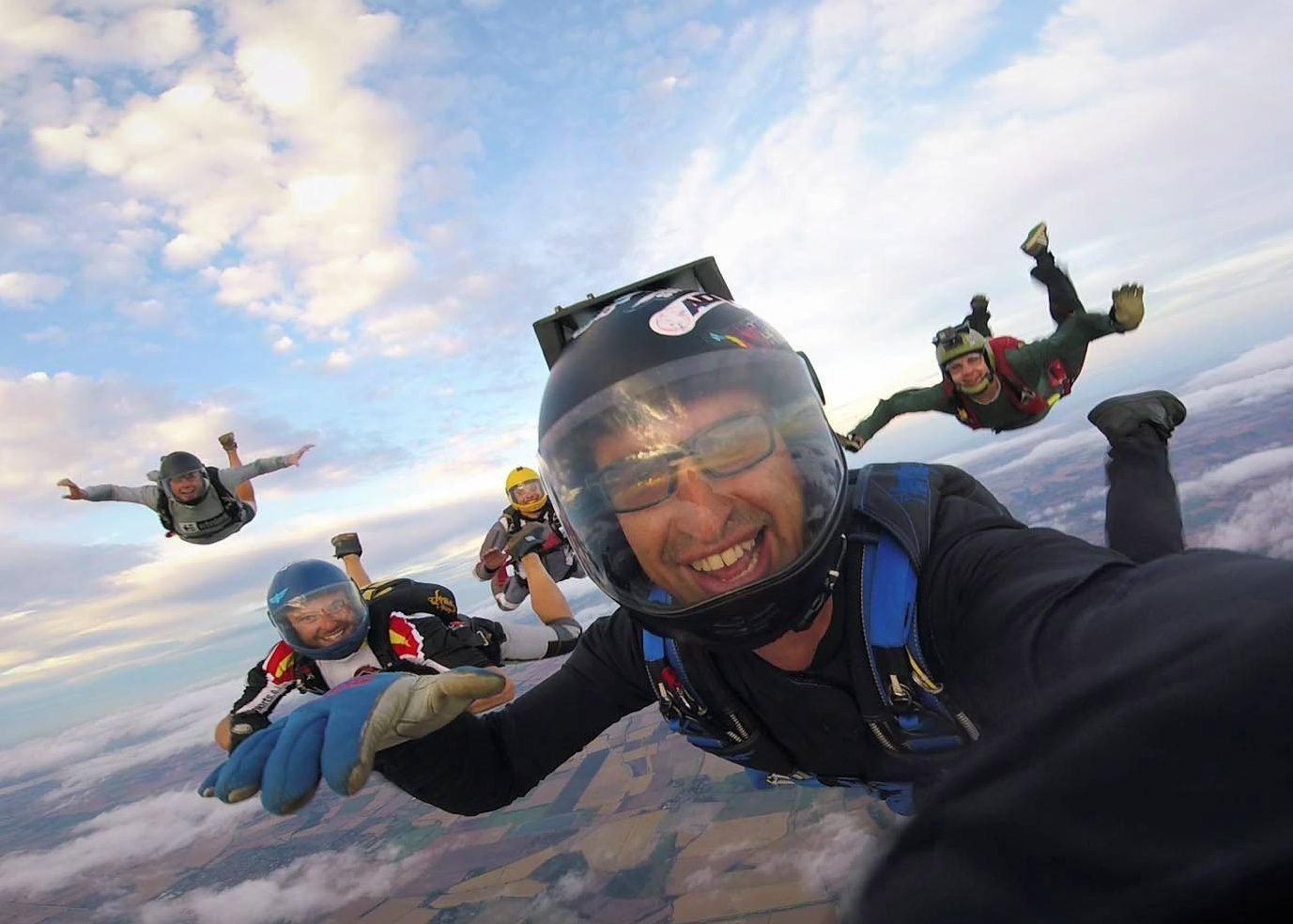 The professional skydiver would have been travelling at around 50mph when he made a mistake which “cost him his life”.

His dad Bryn Chaffe, 54, a fellow professional skydiver, said his son came crashing down after holding his dive for "too long" and "didn't have time to react".

He has now set up a GoFundMe page which has already raised more than £17,000 for Aiden’s girlfriend Pip, 26, and their two kids, Harry, eight, and 18-month-old Olivia.

Bryn paid tribute to his son, from Shardlow, Derbyshire, who he described as being a “big man with a huge personality”. 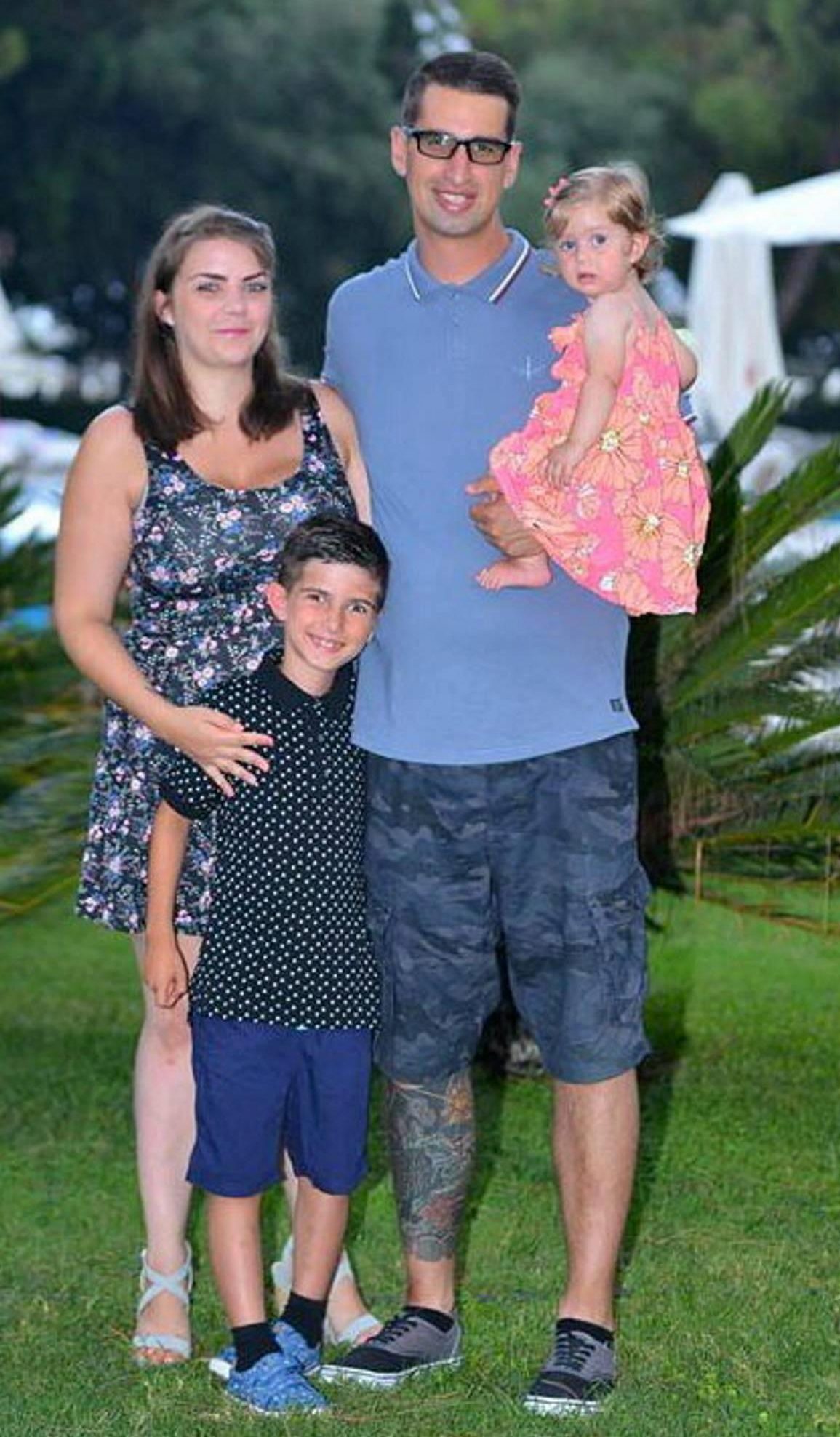 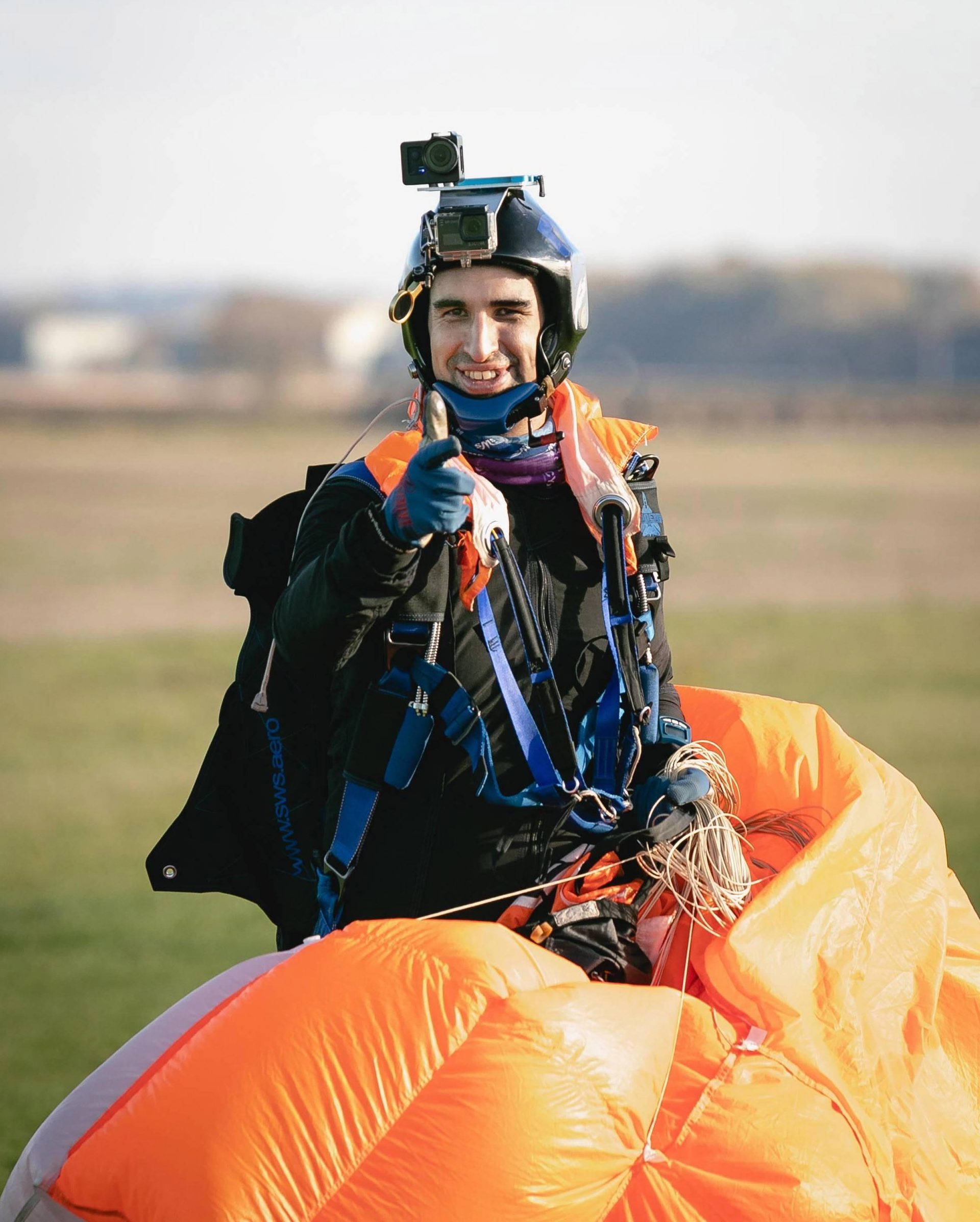 He told The Sun Online: “He wasn’t being reckless at all; he made a fatal error and a mistake and it has cost him his life.

“He started to turn too low and his canopy picked up speed and he was diving for too long – it was too late for him to recover."

Byrn said his son was a talented athlete who always loved skydiving with his friends.

He said: "He was a natural skydiver and gave up his job as a car salesman to work as a full-time professional.

“He had eventually found himself with skydiving and he was obsessed – he loved every time he jumped.

“Aiden was an awesome son and a fantastic dad. I knew he was well-like but I had no idea how many people loved him.

“His students loved him and he got so many positive reviews after taking them out.” 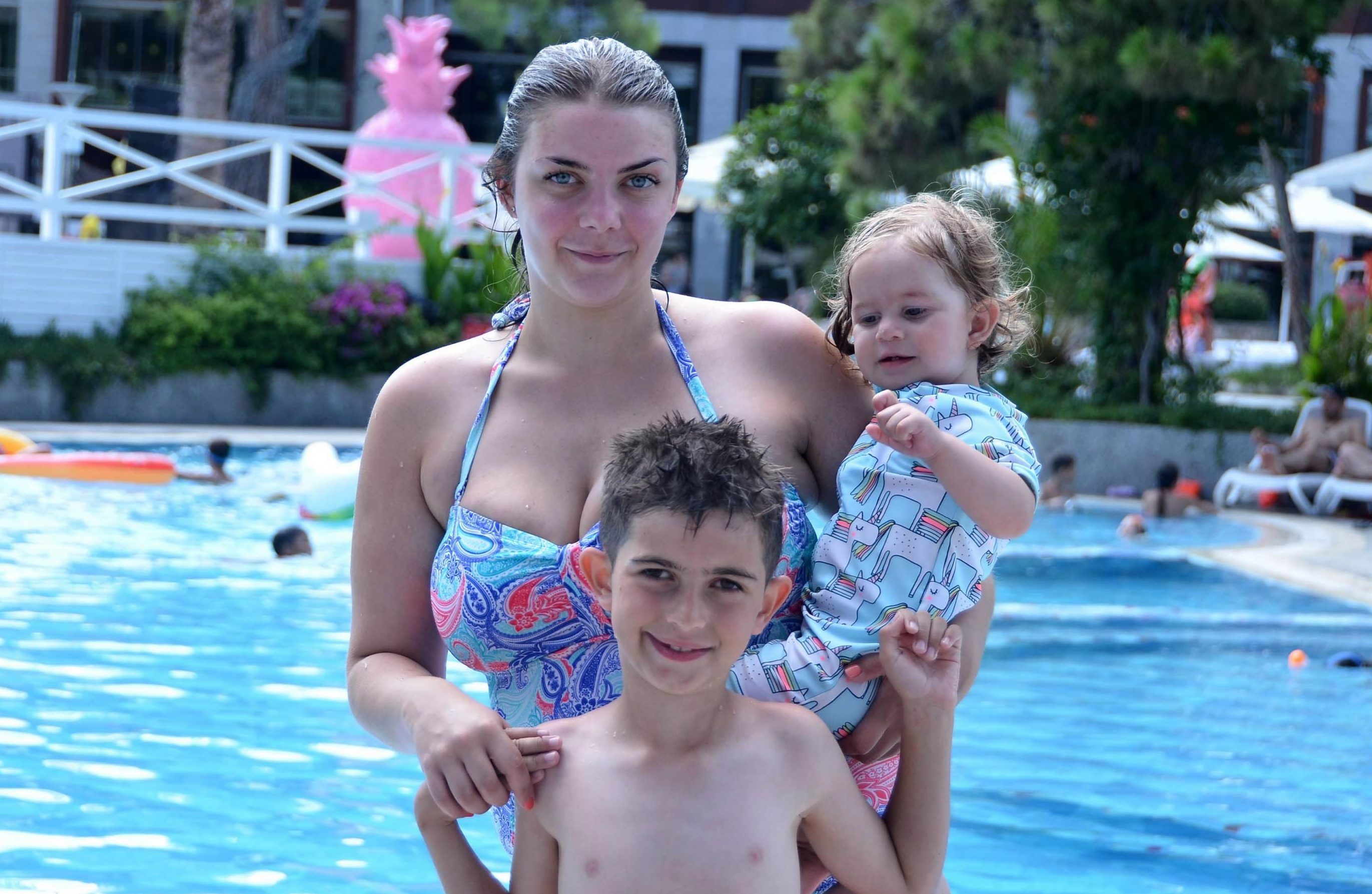 Aiden had completed more than 1,400 jumps at the time of his tragic death and his dad said his partner Pip is “devastated”.

Bryn added: “Aiden was the love of her love. They were together for nine years and their 10-year anniversary was coming up.

“He said he had something special planned but didn’t tell the family because he didn’t want to ruin the surprise.

“Aiden was kind, generous and such a joker. He was always smiling and was the life and soul of the party.

“Some of his friends who saw the incident on Tuesday are in bits and are devastated.

“Skydiving was his life and the really sad thing is everything was just going the right way for him.

“He had secured a job for next year and he was determined and dedicated to complete his next level of training.” 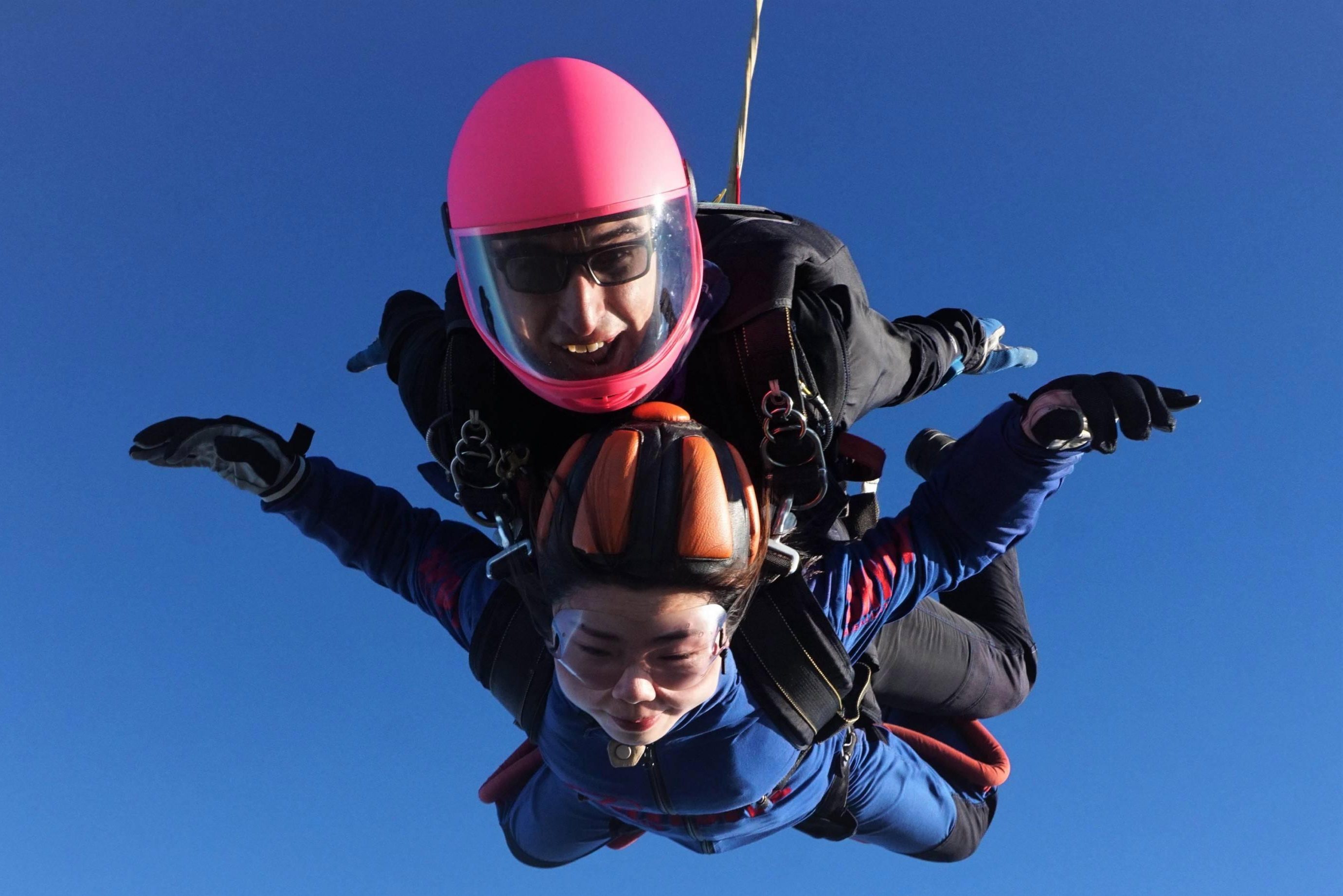 Bryn, from Billingham, Co Durham, added: “I can't bring him back, as much as I cry and scream.

“But I am trying to secure something for the short and medium future of my much loved grandchildren.”

The pair worked together from March and Bryn said the experience has been the “joy of this life”.

He said: “To have been able to work with your own son who you love and adore has been the joy of my life.

“When I left him on Sunday we hugged and said that we loved each other – that was the last time I saw him.” 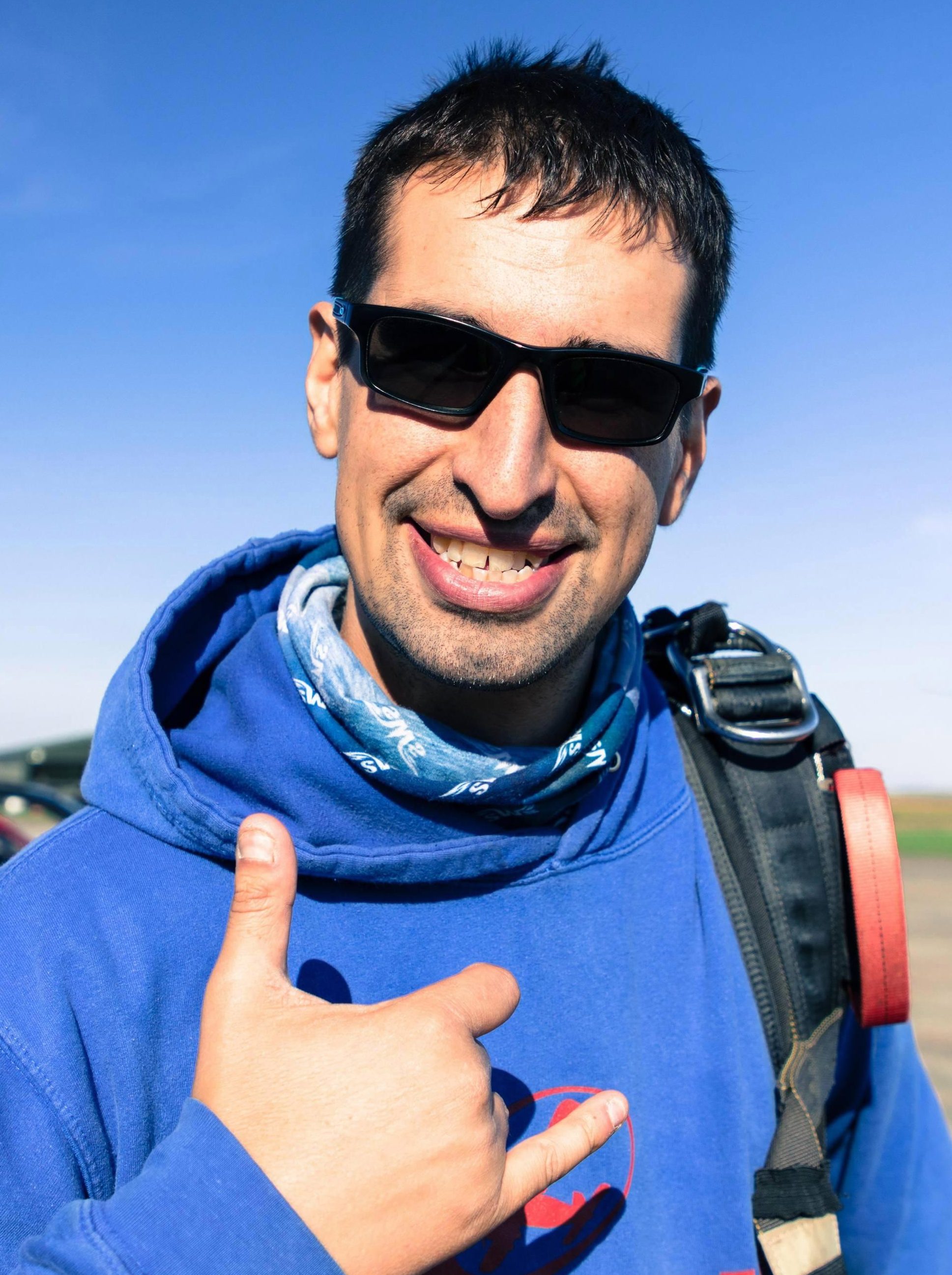 “He was 6ft 4ins and had a big goofy smile on his face all the time. He was a big man with a huge personality.”

Aiden became a professional skydiver 18 months ago and had been a tandem instructor since March this year.

His dad, who has completed more than 11,000 jumps, said: “You think tomorrow is a given but your whole world can come crashing down at any moment.

“I can’t bring my boy back but I can try and support Pip and the kids.”

His dad added that he made exactly the same mistake as his son in 2008 but was lucky and landed on “soft ground” on a “bit of a slope”.

He added: “Aiden was too low when he turned; even if he put his brakes on it wouldn’t worked and you can’t control it.

“No father should have to bury their son and it’s heartbreaking to know that his young boy and daughter will grow up without their dad.

“I’m just trying to do my best to help and support the family.”