Two male suspects are wanted by authorities for allegedly stealing more than $3,000 worth of gas from a station in Dallas, police said Monday.

The robbery happened on Sept. 9 at a Shell gas station on Stemmons Freeway, police said in a press release. The two suspects went into the store and asked the clerk for $5, police said. 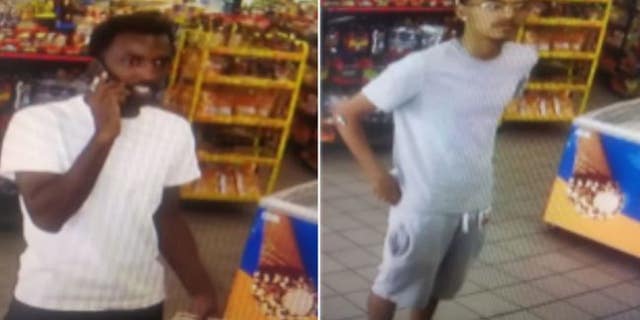 Dallas police are seeking two suspects for allegedly stealing more than $3,000 worth of gasoline from a pump late last month.
(Dallas Police Department)

When the suspects returned to the pump, they allegedly pried open the panel and manually disabled the shut-off switch before filling up a line of cars with $3,550 worth of gas, police said.

The suspects were driving a white Chrysler 300 and a blue Ford Mustang with two white stripes on the truck. The suspects remain at large.

Anyone with information on the matter is being asked to call Dallas police at 214-671-8066.