A police officer refused to let the rain dampen his spirits as he showed off his moves while diverting traffic.

The officer was stood by a ‘road closed’ sign in Doncaster, South Yorkshire, last night, as he redirected traffic.

And while parts of Britain continue to battle the devastating effects of the rain, with residents in South Yorkshire describing it as ‘almost biblical’, this officer tried to lift the mood. 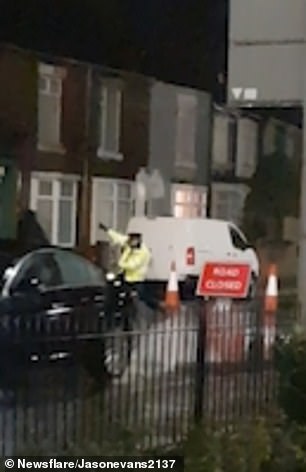 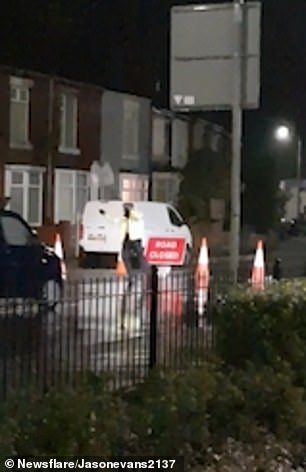 The police officer shows off his best dance moves next to a ‘road closed’ sign in Doncaster, South Yorkshire (left). As cars approached he appeared to enjoy his time in the spotlight (right)

Footage shows the officer using him arms to elaborately wave the traffic in the right direction.

At one point he even performs some Elvis Presley-style moves in the midst of the torrential rain.

The person filming in a car park opposite captioned the video: ‘What a guy’. 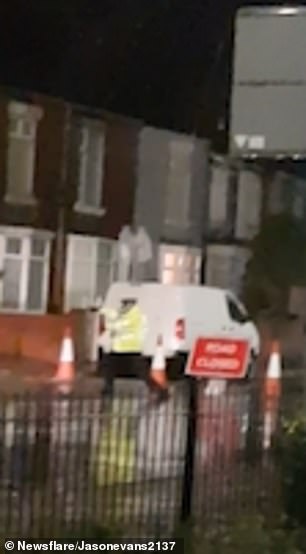 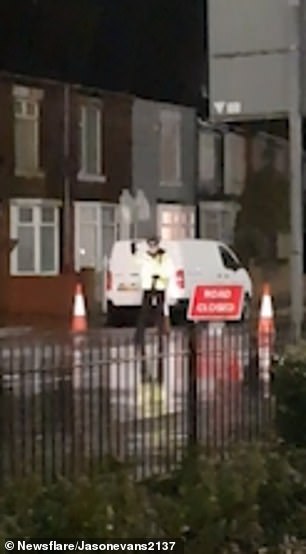 Despite the torrential rain he tried to lift his spirits by dancing on duty (left). He holds his hand up to tell the car that the road ahead is closed (right)

A couple of neighbours stand outside their houses with umbrellas and the officer is seen putting his hand up to a car.

And as the headlights shine on the officer, he appears to enjoy his time in the spotlight.

Dancing, L., policeman, refuses, to
You may also like: