Pupils at a grammar school have been ordered to wear plain masks after some wore Black Lives Matter ones to school.

Parents have said the rule was to ‘punish’ students for wearing the masks following a refusal by staff to allow students to conduct an assembly on the movement.

Angela Wood, whose daughter Raven, 15, is in Year 11 at Dartford Grammar School for Girls in Kent, says the school brought in the new ‘ridiculous rule’ after the government announced masks should be worn in communal areas. 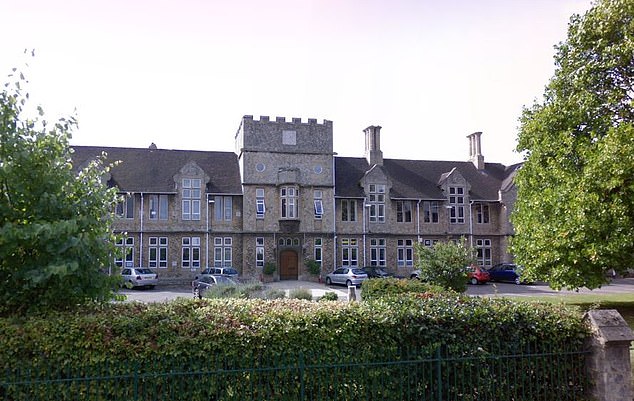 Pupils at Dartford Grammar School in Kent, pictured, have been told they must not wear face masks bearing the Black Lives Matter logo 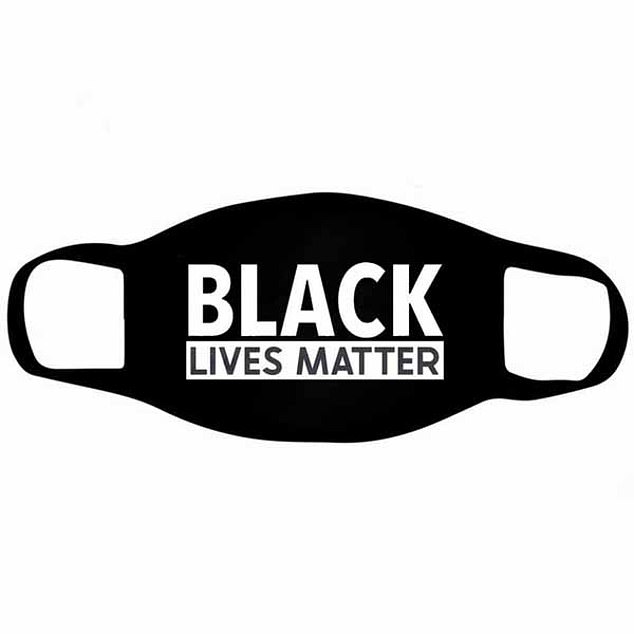 She also said the rule prevents students displaying ‘any form of individuality or light-heartedness in the midst of a pandemic’.

She added: ‘The rule was implemented to punish students after a peaceful protest with masks adorning a “BLM” slogan, following a refusal by staff to allow the students to conduct an assembly on the Black Lives Matter movement.

‘This latest rule has caused an uproar with one student being told to turn their navy and white polka dot mask inside out, exposing them to germs.

‘Continuous intimidation of the pupils by the grammar leaves the girls feeling torn between their safety and the school’s persistence to uphold their charade, with parents’ views being completely undermined.

‘Parents have spent considerable time and money, researching and purchasing the most appropriate masks for their daughters to be protected, only to be overridden by the ludicrous new rules.

‘There are fears the girls will also be chastised for objecting to the plain masks dress code.’

Ms Wood said other schools in the borough had praised their students for bringing ‘a little cheer to a bleak situation’ with unique masks.

She added: ‘With students already having to suffer the impact of Covid-19, this pretentious school chooses to prioritise traditions above health, safety and emotional well-being.

‘There’s no room for such pedantic rules during a pandemic when we ultimately should be concerned with the safety and well-being of everyone.’

A statement from the school said: ‘Following the revised government guidance for schools published on November 5, Dartford Grammar School for Girls introduced a new policy for the wearing of face masks in line with this guidance.

‘From Monday, November 9 all staff and students have been required to wear a face covering when moving around the school, eg in corridors.

‘Students and staff are able to wear a face covering throughout the day if they would prefer.

‘In line with many other schools, face coverings should be plain. We keep a supply of spare disposable masks for students to use if needed.

‘The school takes very seriously our responsibility to try and keep every member of our school community as safe as possible in very challenging circumstances and we are very appreciative of the overwhelming support we have had from parents/carers during these difficult times.’

The school has been rated as Outstanding by Ofsted.

According to the report: ‘The proportion of pupils who are from black or minority ethnic groups is above the national average. Other than White British pupils, the largest single group of pupils are Black African.

‘There is no difference between the performance overall of pupils from black or minority ethnic groups, compared with White British pupils or any other groups within the school. Black African pupils do better in this school than their counterparts in other schools nationally.’

bans, Dartford, Fr, pupils, school
You may also like:

'Is my MP a p***k?': Website rates politicians on their voting records

18 new Covid hotspots emerge – interactive map reveals if your area is on the list?