A DEER was shot dead for injuring a park visitor after being fed carrots by a family having a picnic.

The National Trust said the wild animal had to be killed as it turned “aggressive” and “posed an immediate threat” to visitors. 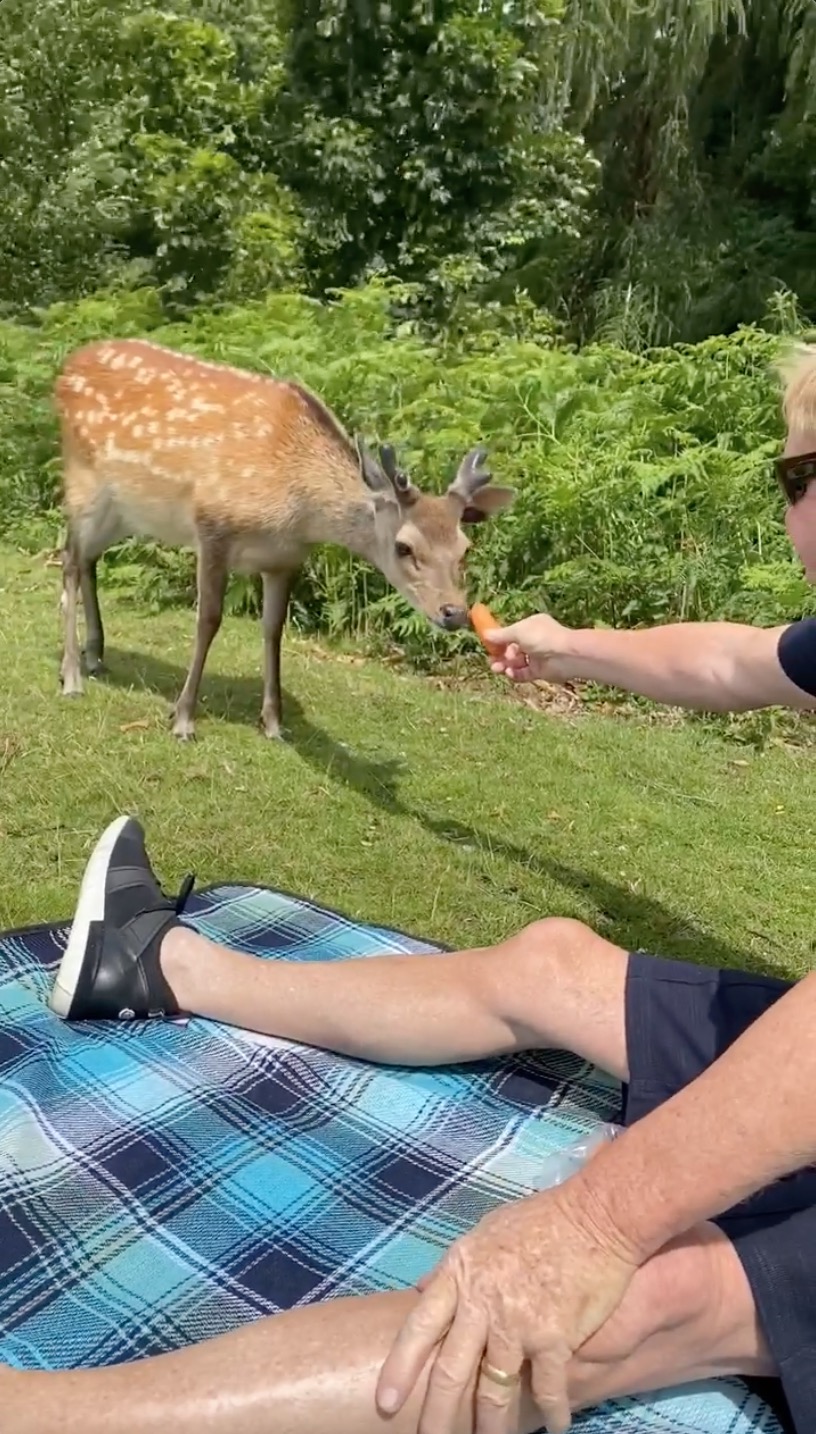 Mum Victoria Chaney has spoken of her horror after her children fed the deer at Knole Park in Kent – only for it to be hunted down and killed after it began pestering other groups.

The bloodbath took place after Victoria, her father-in-law, his partner and her three children visited the park for a day out and had taken a bag of carrots for the animals.

But their peaceful day out turned into a nightmare when a deer they fed was shot by parkland staff after their carrots sent it berserk.

After the incident, upset Victoria, 40, posted on Facebook to warn others of the dangers of feeding wild animals.

She wrote: “We took carrots for the deers. Yes we are fully aware that like most places it states not to feed the animals.

“But being animal friendly we wrongly assumed this was meant so people do not feed them unsuitable things like chocolate or donuts.

“So we sat having our picnic with a little bag of carrots just in case one came over and then we weren’t tempted to give them bread or something they weren’t meant to eat.

“One did come over and was so cute it is very hard not to give them anything so out came the carrot.

“It was soon chased off by a lady that worked there which is fine.”

But mum-of-two Victoria said what happened next made the family feel “terrible.” 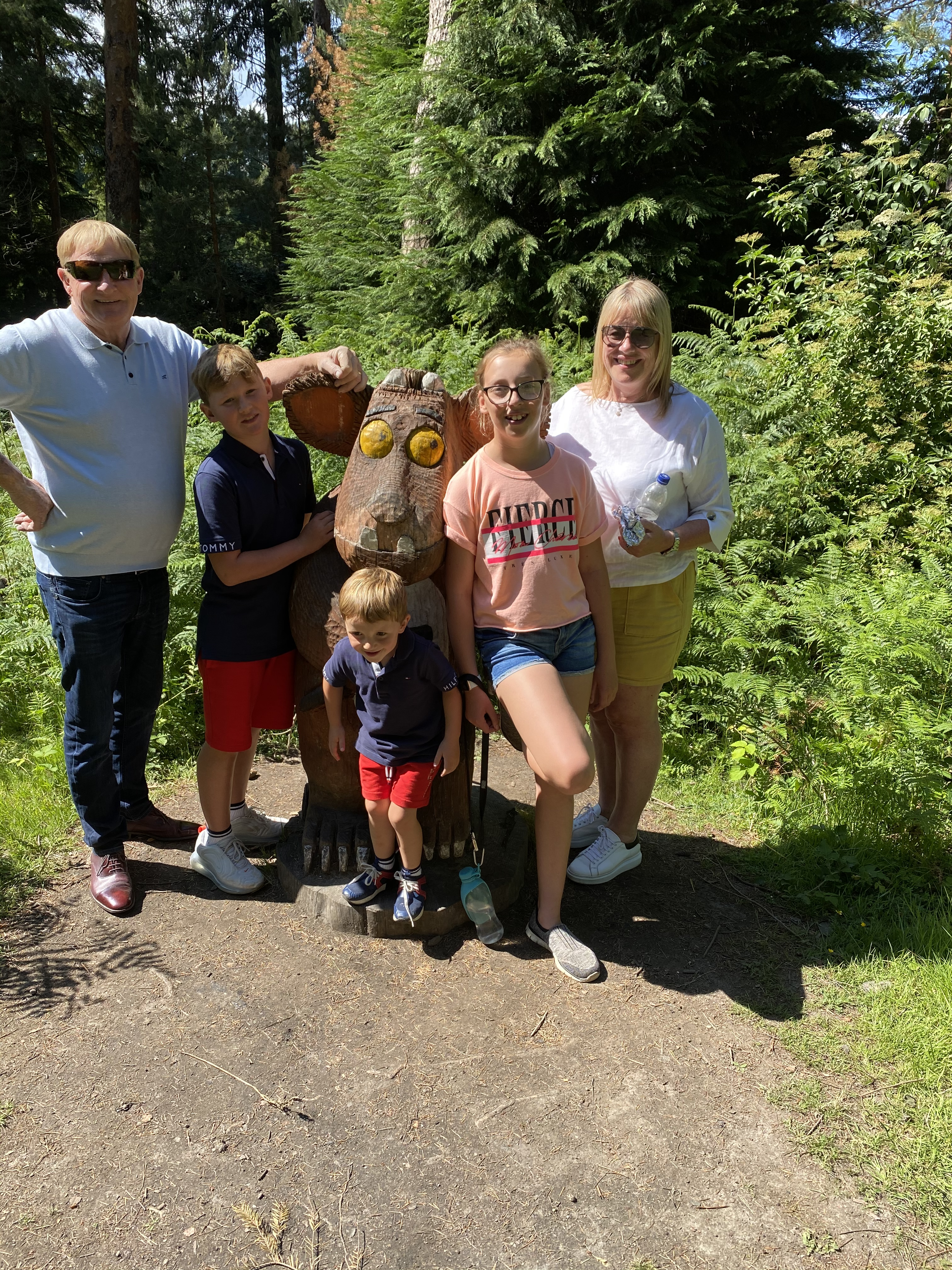 She said: “She then said they were trying to catch it as it was hurting people (again didn’t seem vicious but understand these are wild animals).

“Five minutes later the deer keeper came along in his truck and was marching about with a stick.

“We asked why and he said because when they become too tame by being constantly fed by the public that they then become a nuisance and hazard and have to be destroyed.”

She added: “We obviously felt terrible and he walked off into the wooded bit next to us and five minutes later there was a gunshot and bang it was dead.”

Victoria said 12-year-old Alexis was particularly upset by what happened to the animal. 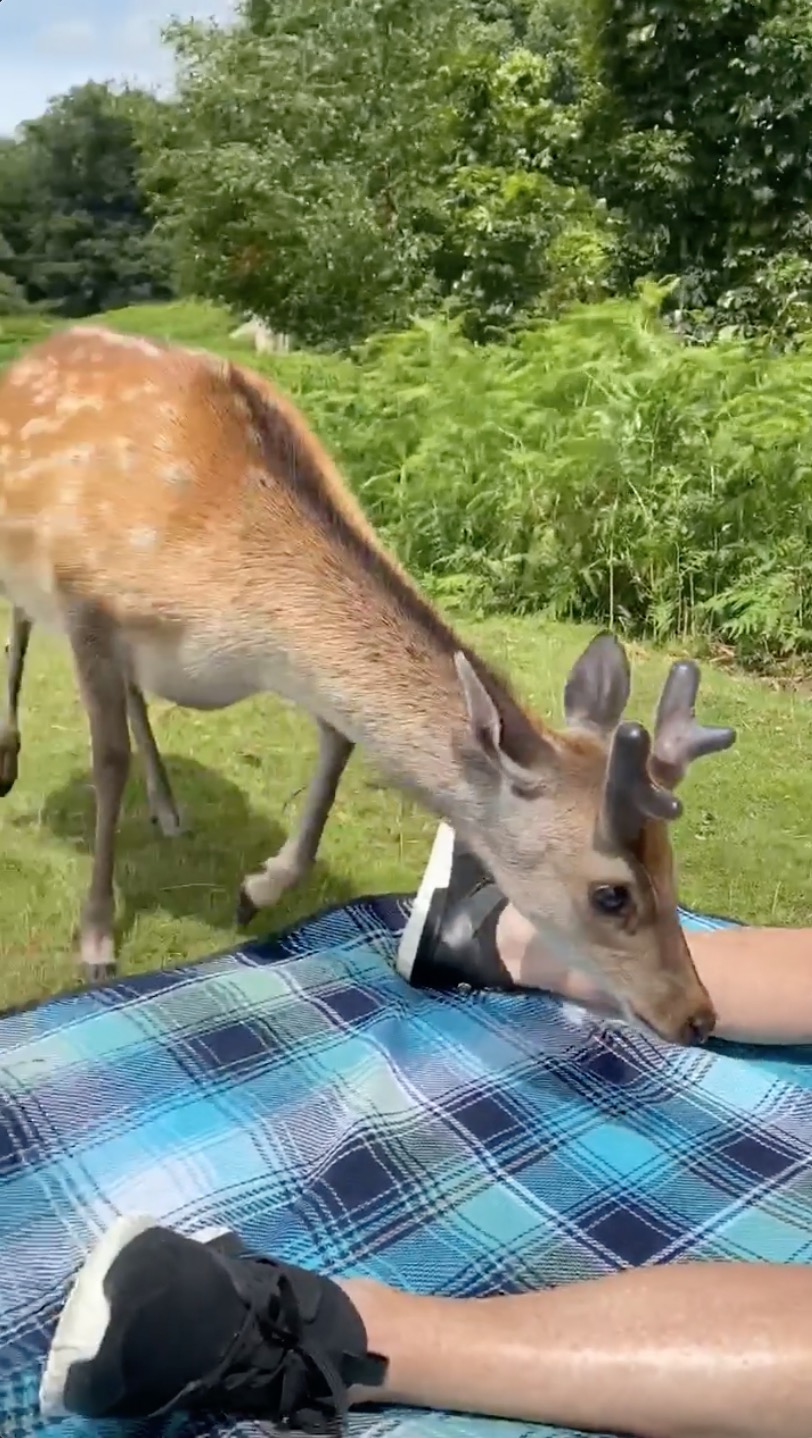 Victoria, of Stockbury, near Maidstone, added of the incident on July 4: “I am sharing this not as a negative publicity thing against Knole Park because it is lovely, but to make us the public aware that when there are signs saying DO NOT FEED then it really means it.”

And the family believes the 1,000-acre park should change its signs to make it clear that the deer could be killed if they are fed.

In a statement, The National Trust said the deer was “overly aggressive” and posed “an immediate threat to other visitors”.

It added: “The decision was therefore taken by the deer keeper to put the animal down. The area was cleared and this was carried out safely and discreetly.

“The deer’s behaviour was unfortunately as a result of people feeding and petting the deer against the advice of the National Trust and the Knole Estate.

“We take animal welfare very seriously and have been actively engaging with visitors on social media and onsite, with both Knole Estate and National Trust staff regularly patrolling the park in efforts to educate visitors.

“We have signage up around the park about not feeding the deer, including entrance gates, and information about the wild deer herd on our web pages.We continue in our work to do all we can to protect these remarkable wild animals.”

Guidelines on feeding wild deer in the UK

The British Deer Society advises against feeding wild deer in the UK.

It says many people are used to feeding birds and leaving food for other wildlife in the gardens – but there is "no need" to do the same for wild deer.

Feeding deer foods designed for humans upsets their stomachs and can lead to them becoming a nuisance and aggressive.

The society says it is important to remember that park deer are still wild.

It adds that park visitors should always follow the park's advice and signage and check for seasonal changes in deer behaviour.

People who saw Victoria’s Facebook post said ‘do not feed’ means exactly that and the Chaney family should have known better.

Mellissa Lane wrote: “Unbelievable, do not feed means do not feed! What is wrong with people? Clearly you read the signs! Then decided they didn’t apply to you. Gobsmacked!”

And Julie Ralph said: “I just don’t get it, if you are asked not to feed the deer, it means don’t feed the deer anything – simple.”

Stacey Baker added: “These are WILD and at times AGGRESSIVE animals. The signs are clear, and for everyone.

“If it meant to say, no feeding the deer bread or snacks, then it would say that.” 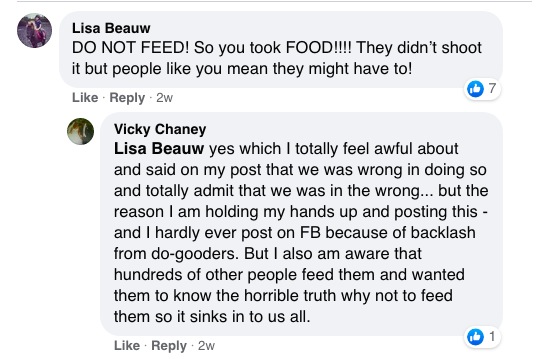 Knole is the ancestral home of the Sackville family.

The deer are not owned or managed by the National Trust but are instead cared for – along with 90 per cent of the parkland – by the Sackville family’s Knole Estate.

‘injuring, Dead, deer, for, na, shot
You may also like: