NEW DELHI (Reuters) – Schools in India’s capital New Delhi will reopen on Monday after closing for two days due to a spike in pollution levels, but air quality is likely to remain “very poor” – a notch below the most hazardous “severe” rating – raising health risks for millions of students.

As a thick cover of toxic smog wrapped New Delhi’s 20 million residents on Friday, government pollution monitor SAFAR showed air quality index in the capital was at 540, indicating “severe” conditions, and relief was unlikely in the next 24 hours.

The city government of Delhi had imposed a two-day shutdown on schools for a second time this month after pollution control authorities declared a public health emergency.

For 32-year old Shamin Qureshi and his 10-year old daughter Akshara, a challenging week lies ahead.

“We have no choice but to send her back to school with her inhaler and medicines,” Qureshi said.

Toxic smoke wreathing the city has plunged air quality into the “severe” pollution category on more days this month, as data showed that a pledge by Prime Minister Narendra Modi to stamp out burning of crop stubble in neighboring states has not worked.

The air quality index measured by the U.S. embassy in New Delhi surpassed 500 on Friday, which reflects conditions that could cause more serious health effects for everyone.

The index measures the concentration of tiny particles that can lodge deep in the lungs and cause serious ailments, known as fine particulate matter PM 2.5, from their diameter of 2.5 micrometers or less. Levels above 60 are considered unhealthy.

Every month, Qureshi spends $50, nearly a quarter of his monthly salary, on multiple visits to the hospital for his daughter’s medical review.

“These medicines, which either you give by nebulisers or by inhalers, are costly. So the burden lies on the parents and the family,” Gupta said.

Activists who say the federal government has been unable to resolve the issue also point to the inability of ordinary people to pressure authorities to fight the public health crisis. 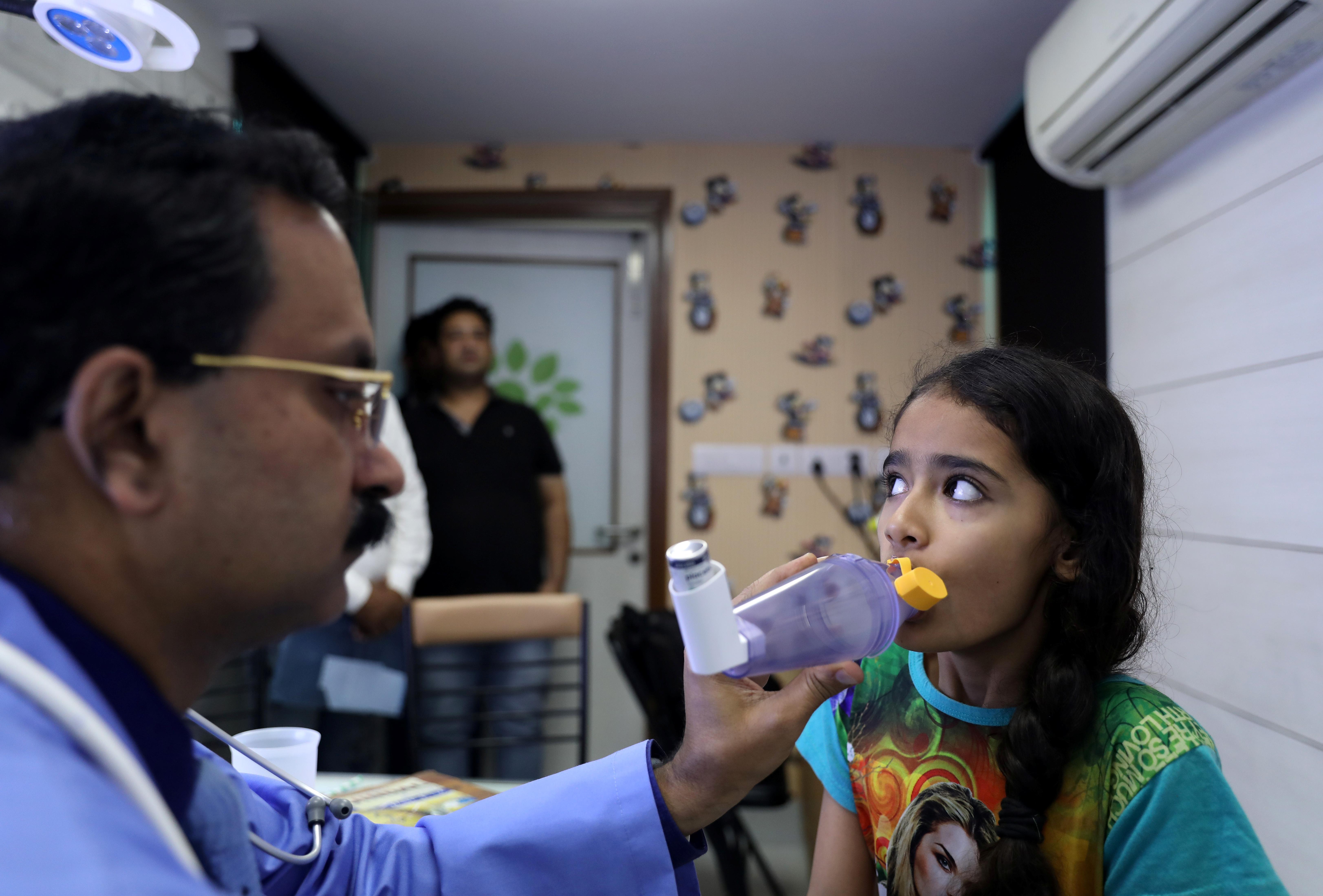 Critics have also questioned the silence of Modi, an avid user of Twitter.

“Undoubtedly, this is a collective failure of all governments,” said Anupam, a spokesman of political party Swaraj India, referring to the federal government, the city government of Delhi and its neighboring states.

Anupam, who uses one name, belongs to the regional party founded by Yogendra Yadav, a leading academic turned politician.