Firms have also been hanging on for the 15,000-courier firm to deliver ordered packages. 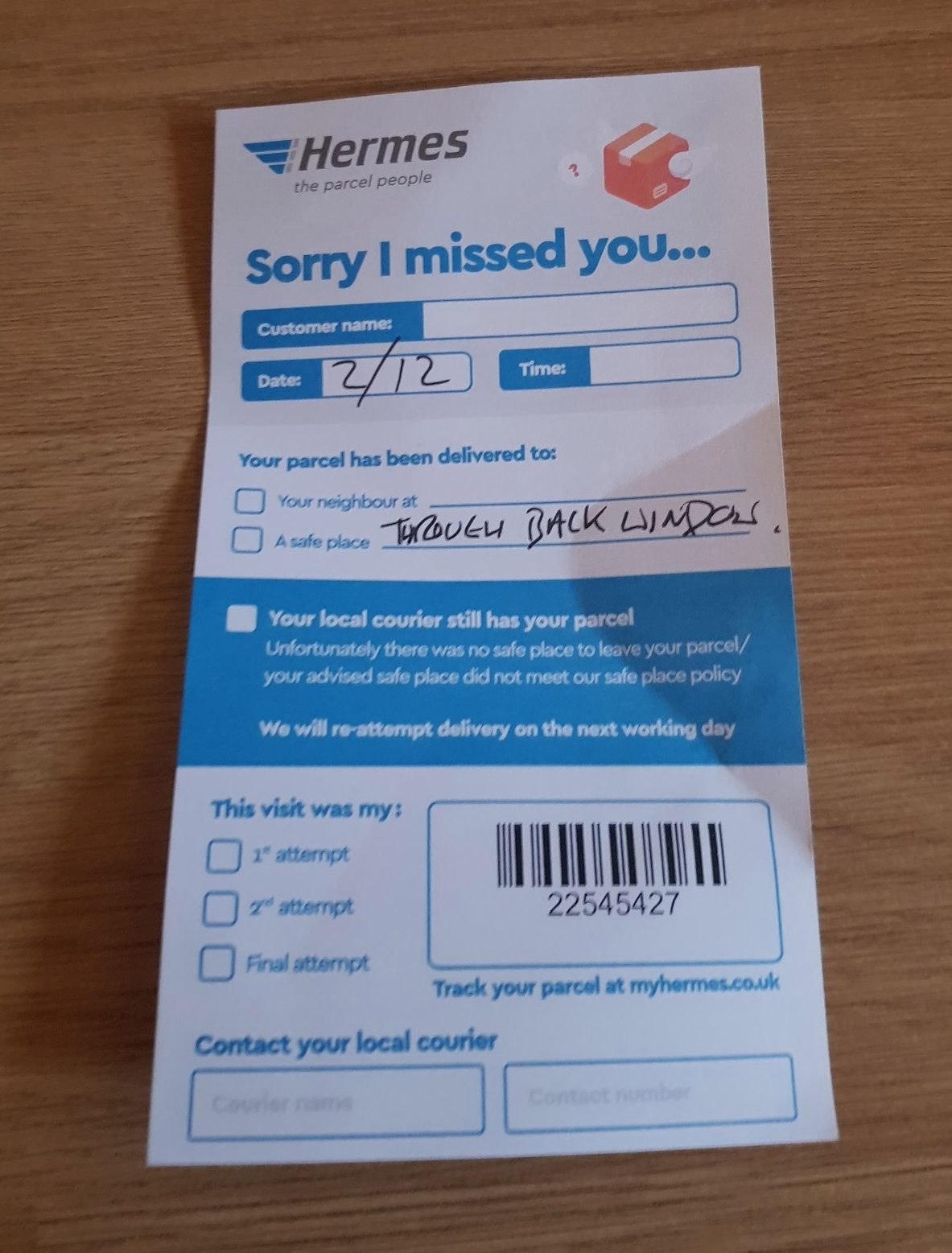 People fear the problems could stretch into the festive season — although the company claims it is not buckling.

One businessman who uses Hermes said it could not cope with an upsurge in custom on Black Friday and Cyber Monday.

He said half the 1,000 parcels he left with them had still not arrived after nine days.

The man, who did not want to be named, added: “Hermes are having a massive network issue but haven’t announced it.

“It’s put me under huge pressure and I think the problems will continue. I’d be very worried for people this Christmas.”

Emma Francis, 20, paid Hermes for next-day delivery on Friday for an outfit for her 21st birthday party this Saturday.

It had not arrived by yesterday. She said: “I’m really mad.

“I’m at the stage where I want to cancel the party.”

Alex Stephenson, who ordered a parcel on November 22, said he would never use Hermes again and accused the firm of sending “irrelevant updates”.

Hermes, which calls itself the UK’s leading consumer delivery specialist, insisted the network faced unprecedented demand on the Black Friday weekend and “continues to operate well”.

We previously told how a bungling Hermes delivery driver left her bulky package under her doormat after telling her it had been left in a 'secure' location.

While earlier this year another driver was filmed standing on top of his van to hurl parcels on to a second floor balcony.