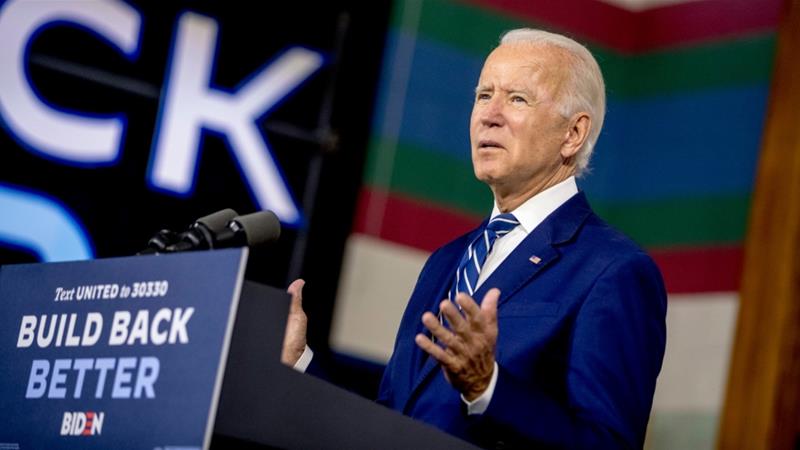 With less than 80 days to go before the US presidential election, it looks like Joe Biden’s race to lose.

Yet, as Democrats nationwide gather online this week to nominate him as their party’s choice to challenge President Donald Trump on November 3, many fear Biden may just do that – for factors almost entirely out of his control.

The former vice president and his allies have every reason to feel bullish. Polls show Biden has built an expansive lead in nearly every battleground state that Trump won narrowly in 2016, as the Republican’s approval numbers tumble amid the coronavirus pandemic.

For the first time in 10 years, retaking the Senate – and full control of Congress – is within sight.

Yet interviews with more than a dozen Democratic officials, activists and voters reveal deep anxieties that Trump will make voting as difficult as possible during the pandemic, and should he lose the vote, he would not accept its outcome.

Biden himself has called it his biggest fear.

Former President Barack Obama sounded the alarm on Friday, saying on Twitter the Trump administration is “more concerned with suppressing the vote than suppressing a virus”. And eight of 10 Democrats are concerned about voter suppression, according to a Reuters/Ipsos poll in late July.

Some say Biden’s commanding edge in the polls only makes them more nervous. They worry that increasing cases of COVID-19 could keep voters away from polling places, particularly if Biden is perceived as coasting to an easy win.

“If Biden is up by 10 points, how likely are you to risk your life to pull that lever,” Stefan Smith, who was a top digital strategist for Pete Buttigieg’s presidential campaign.

At about this time in 2016, then-Democratic presidential nominee Hillary Clinton had about a five-point lead in various polls and still lost the election three months later, partly due to the first decline in African American turnout in 20 years.

Michigan Democrat Patty Leitzel, who lives in politically divided Macomb County, said she is still traumatised by the win Trump squeaked out in her state four years ago and worries he could do so again – as do the voters she talks to on a regular basis.

Leitzel, who was county chairman for the Clinton campaign, has been phone-banking and organising virtual house parties on Biden’s behalf. “If I had Biden’s ear, I would tell him this: Don’t follow the polls,” she said.

Like most Democrats, Leitzel’s biggest concern is voter suppression. But she said she also would like to see Biden make a greater effort to get his message out so that the election hinges less on Trump’s performance in office.

Democrats fret that the race has become overly focused on Trump’s handling of the pandemic. That has so far worked in Biden’s favour, but has also left him vulnerable to a sudden shift in the country’s fortunes, such as the economy improving greatly in the run-up to the election or a coronavirus vaccine becoming available, they say.

“These changes could narrow the race,” said Geoffrey Skelley, an election analyst for FiveThirtyEight, a website that analyses polling data. “Because the president generally polls better in the states that are most likely to decide the election than he does nationally, he doesn’t necessarily have to recover that much to improve his chances of winning in the Electoral College.”

Murtaugh said Democrats wanted the country to remain in desperate shape through the election.

“President Trump looks forward to our continued recovery, but Joe Biden fears it,” he said.

Biden has taken a far more cautious stance than Trump on reopening the economy and repeatedly emphasised the need to follow public health guidelines.

He will accept his presidential nomination virtually from his home state of Delaware, while Trump plans visits this week to Minnesota, Wisconsin, Arizona and Pennsylvania, all politically competitive states.

The Biden campaign’s on-the-ground efforts have also gone largely digital. The Trump campaign, by contrast, says it is knocking on one million doors a week.

The wisdom of each side’s approach will not be known until the election day. But Biden allies are keenly aware that a 10-point edge in August does not guarantee a win in November.

At a July 30 fundraiser, Representative Cedric Richmond, a co-chair of Biden’s campaign, raised the spectre of the Atlanta Falcons, the National Football League team that in 2017 squandered a 25-point lead to lose the championship game.