Pupils denied the right to appeal their coronavirus exam grades are being given a ‘life sentence’, headteachers warn

Not allowing pupils the right to appeal GCSE or A-Level exam grades they think are unfair has been likened to imposing a ‘life sentence’.

Students in England will receive their grades next week. They will be assessed using a statistical model after the pandemic halted the exam season. Ofqual, the exam regulator, is only allowing appeals on technical grounds.

There are concerns that results day next week could be chaotic as thousands of teenagers may receive ‘unfair’ marks.

Headteachers are now asking Ofqual to change the grading system over fears it could punish a generation of students.

Dr Martin Stephen, the former High Master of St Paul’s Boys’ School told The Daily Telegraph the system was equivalent to ‘imposing a life sentence, with no right of appeal’. 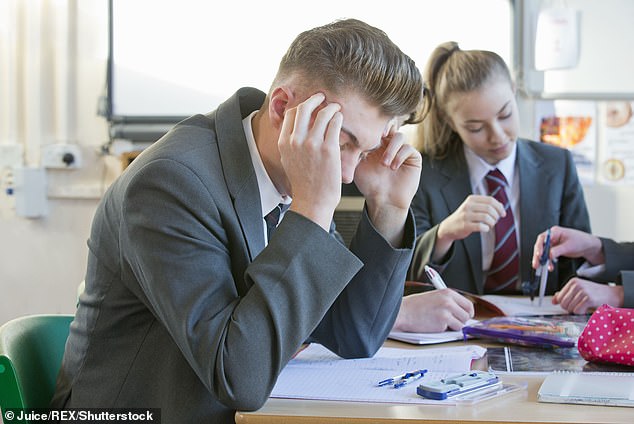 He said no appeal system for grades they feel are unfair is against ‘natural justice’.

Children in England are due to receive their GCSE and A-level results in the coming weeks following a school year marred by the coronavirus crisis.

Concerns have been raised that the ‘narrow’ criteria for challenging awarded grades could ‘exacerbate existing inequalities’ and result in legal action against exam boards.

It comes following outrage in Scotland where the grade moderation process reduced the pass rate of the poorest Higher pupils by more than twice that of the richest.

The Scottish Qualifications Authority (SQA) downgraded 124,564 pupils’ results – over 90% of all moderated grades – despite no exams being sat.

Currently in England pupils are only allowed to appeal against results if they believe the moderation process has not been followed correctly and have ‘evidence of bias or discrimination’.

Ian Power, the general secretary of the Headmasters’ and Headmistresses’ Conference, warned that exam boards could face legal challenges unless the rules are changed.

‘Having the right to appeal a result is natural justice,’ he said.

‘The appeals process this year is even more narrow than normal.

‘Parents will take the action they feel they have to, and if that involves legal action that could happen. That is part of the frustration.’

It comes as Labour ministers wrote to Education Secretary Gavin Williamson asking for reassurance that a ‘fair and accessible’ process of appeals would be granted to pupils in England.

Shadow education secretary Kate Green said that the current system risked ‘baking in inequality’ that would continue to harm the most disadvantaged pupils. 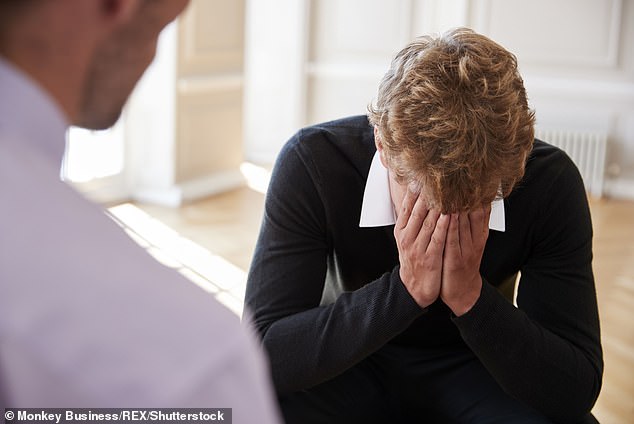 Ms Green said that Nicola Sturgeon had ‘failed a generation of young Scots’ and that ‘the inequality and attainment gap (had) been further entrenched through her failure to act on the injustice of the moderation system’.

‘Yesterday’s disastrous handling of Highers results in Scotland shows what can go wrong when computer algorithms drive students’ grades, and politicians wash their hands of responsibility,’ she said in a statement on Wednesday.

‘With A-level results just over a week away, and GCSE results due the week after, it’s imperative the Government acts now to reassure worried students, teachers and parents.

‘Young people deserve to have their hard work assessed on merit, but the system risks baking in inequality and doing most harm to students from disadvantaged backgrounds, those from ethnic minority groups and those with special educational needs and disabilities.

‘Ministers must urgently set out how they’ll ensure the results next week will not exacerbate existing inequalities, and what extra support they’ll give to students who feel they’ve been unfairly graded to navigate the appeals process.’

An Ofqual spokesperson said ‘It is important that students understand their options, including the possibility of an appeal, if they do not receive the grade they expected.

‘Students will be able to appeal, through their school or college, if they believe a mistake has been made or that something has gone wrong in their case.

‘We are committed to helping students, and their families, understand the options available to them and will be publishing information on how appeals will operate this summer.’

a, apo, Appeals, Denying, exam, is
You may also like: