WASHINGTON (Reuters) – The Trump administration still plans to impose sanctions on Turkey and remove it from a critical fighter jet program if the NATO ally acquires Russian air defenses, U.S. officials told Reuters, despite the Turkish president’s assurances to the contrary. 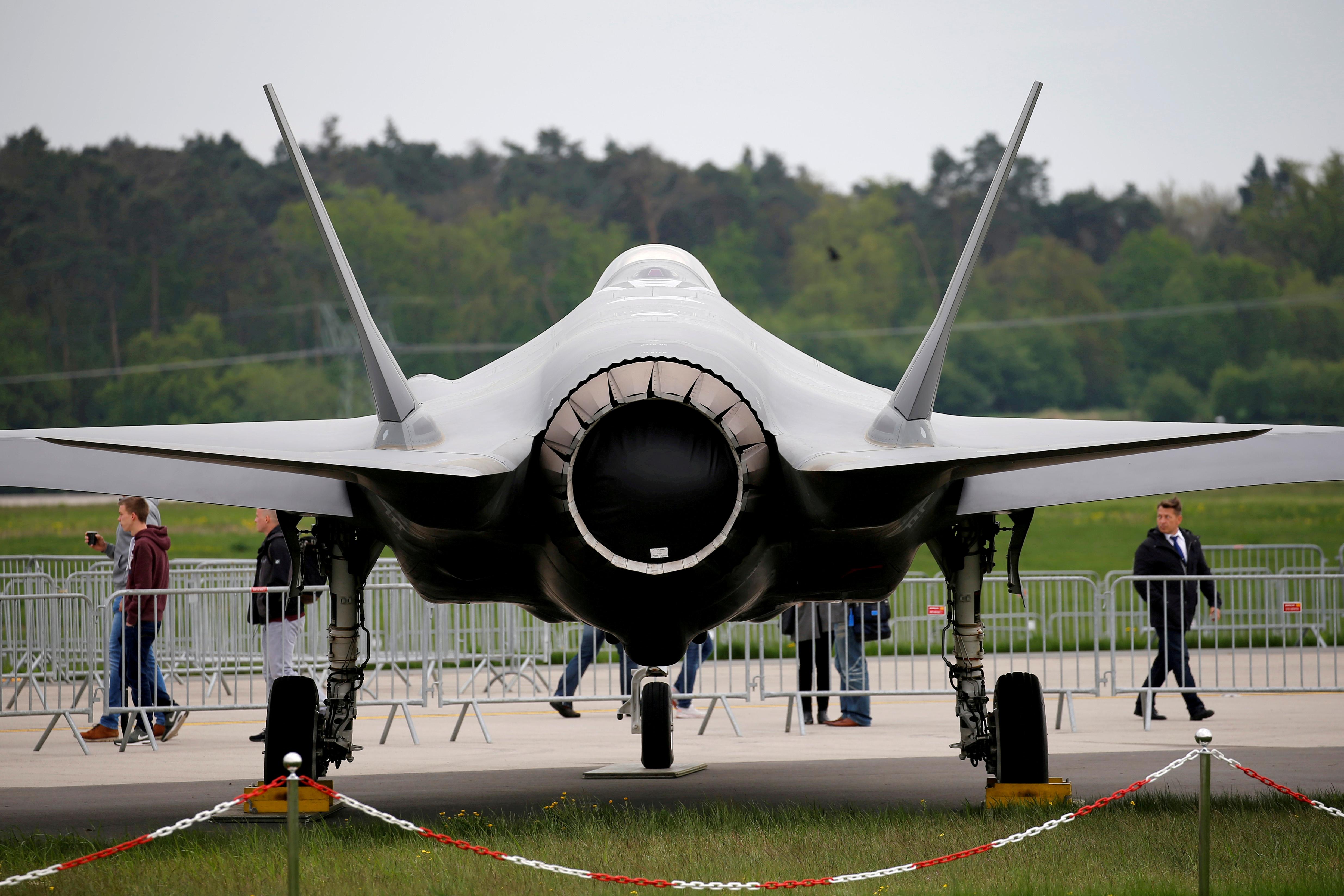 Trump appeared sympathetic to Erdogan at the talks and reluctant to publicly commit to sanctions — despite being repeatedly asked by reporters.

But U.S. government officials told Reuters that, at least so far, the administration intends to impose sanctions on Turkey and pull it from the F-35 fighter jet program if it takes delivery of the Russian S-400 system, as expected.

“The United States has consistently and clearly stated that Turkey will face very real and negative consequences if it proceeds with its S-400 acquisition, including suspension of procurement and industrial participation in the F-35 program and exposure to sanctions under the Countering America’s Adversaries through Sanctions Act (CAATSA),” a State Department spokeswoman said.

“Turkey’s purchase of the Russian S-400 air and missile defense system is incompatible with the F-35 program. Turkey will not be permitted to have both systems,” Andrews said.

If the United States removes Turkey from the F-35 program, and imposes sanctions on the NATO ally, it would be one of the most significant ruptures in recent history in the relationship between the two nations.

Trump, who has shown a rapport with Erdogan, could still try to change course by seeking to issue a waiver and postpone sanctions. Such a move would please Ankara but upset some of Trump’s allies in Congress.

He has broken with his advisors on other foreign policy decisions.

He announced plans to withdraw U.S. troops from Syria last December after another conversation with Erdogan here, despite opposition from U.S. military advisers and U.S. allies. He later scaled back the extent of the withdrawal to allow some troops to remain in Syria.

Speaking in Japan last week, Trump blamed former President Barack Obama’s administration for failing to help Turkey acquire a U.S. alternative to the S-400s system — Patriot missiles, made by Raytheon Co (RTN.N). He said Erdogan was not at fault.

Even minor U.S. sanctions could prompt another sharp sell-off in the Turkish lira. A 30% slide in the currency drove the economy into recession last year, and the lira has lost another 10% this year. Hard-hit Turkish financial assets jumped on Monday after Erdogan’s latest upbeat remarks.

But a Trump decision to withhold or delay sanctions would be less difficult than backtracking on U.S. threats to kick Turkey out of the F-35 program, experts said.

The United States has said the S-400s are not compatible with NATO’s defense network and could compromise its Lockheed Martin (LMT.N) F-35 stealth fighter jets, an aircraft Turkey is helping to build and planning to buy.

Republicans and Democrats in Congress are broadly opposed to allowing Turkey to have both systems.

To show it is serious, Washington has already started the process of removing Turkey from the F-35 program. It has halted training of Turkish pilots in the United States on the aircraft and refused to accept any others.

Some experts believe Trump could try to change course, potentially using a last-minute deal on Patriots as a way of saving face for him and Erdogan.

“Trump may try and get a waiver,” Aaron Stein, Director of the Middle East program at think-tank FPRI.

“This may only buy 180 more days to reach a deal on Patriot, while S-400 is deployed, and Turkey is removed from the F-35 consortium,” he said.

“The end result is, in a best case scenario for Turkey, a tenuous waiver from sanctions, an angry Congress, and a future without an aircraft Ankara has paid well over a billion dollars to procure.”

company, Defense, turkey, Us, USA
You may also like: