Dig for remains of Brit Katrice Lee, 2, begins in Germany as 37-year-old ‘cold case’ focuses on hunt for mysterious driver spotted with a child

Katrice Lee, two, vanished from a NAAFI shopping centre in 1981 near a base in Paderborn where her soldier dad was stationed. 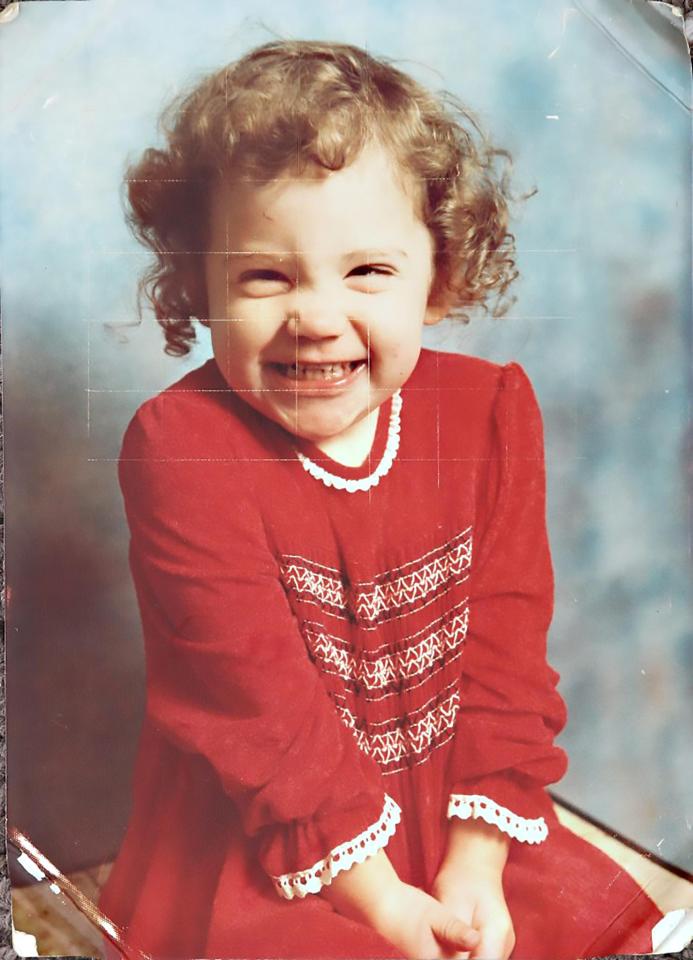 A huge search operation was mounted involving the Royal Military Police, the German police, troops and volunteers, but she was never found.

This week the RMP will begin a five-week forensic search of the bank of the River Alme at Paderborn – involving 100 soldiers.

The site was identified  following the release of an age-progressed e-fit of a man seen at the NAAFI holding a child similar to Katrice.

An e-fit has also been produced based on what Katrice is likely to look like now, aged 38 – including her unusual left eye. 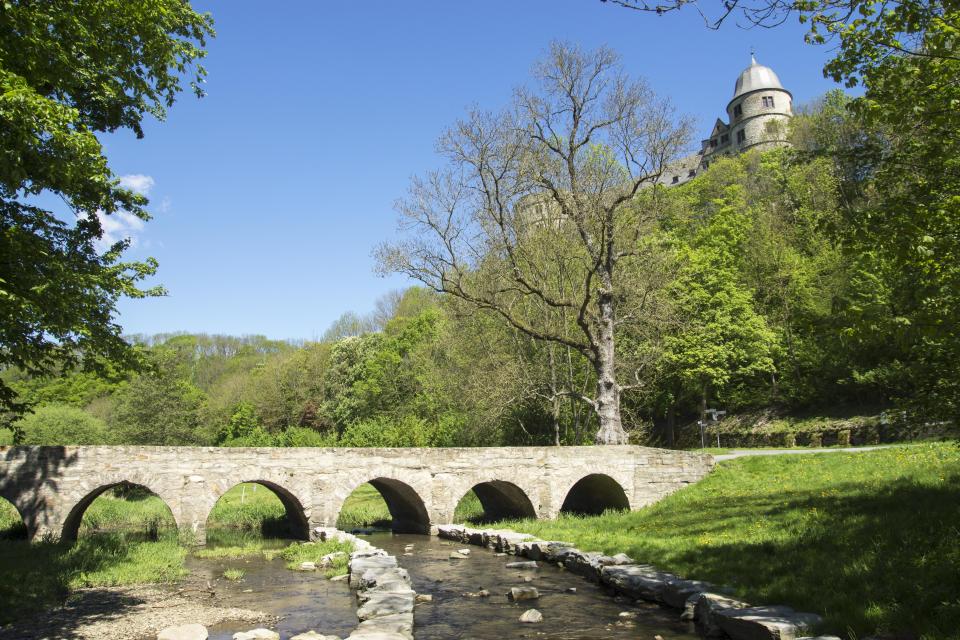 Senior Investigating Officer Warrant Officer Richard O'Leary said: "A team of military personnel and civilian forensic experts will be carrying out a detailed excavation of the site.

"The aim of the search is to find evidence that could finally shed light on what happened to Katrice.

"In February 2017 the case featured on BBC Crimewatch. As part of the feature a photofit was released of a man seen at the NAAFI on the day Katrice disappeared, holding a child similar to Katrice and getting into a green saloon car. We are keen to hear from anyone who could help to identify this person.

"A green saloon car was also seen on the River Alme Bridge near the NAAFI the day after Katrice disappeared. It may or may not be the same car, but we are very keen to identify this car."

The investigation team would also like to hear from anyone who was living in the Paderborn area who owned a green saloon car in 1981, so that they can be ruled out of the team's enquiries.

Officer O'Leary said: "Thirty six years have passed and allegiances may have changed.

"We are appealing to members of the public and the military community, including veterans and retired civil servants in both Germany and the UK – do you know what happened to Katrice?"

She had been shopping for her second birthday tea treats with her mum Sharon at the Schloss Neuhaus NAAFI supermarket when she disappeared.

The case, which has chilling similarities to season two of BBC drama The Missing, remains unsolved.

Sharon, now 64, said the toddler was “gone in a matter of seconds”. She added: “It’s living a nightmare that you never wake up from.

“Nearly 37 years ago we became members of an exclusive club we didn’t ask for membership of — we became parents of a missing daughter. I would dearly love to be able to revoke that membership. 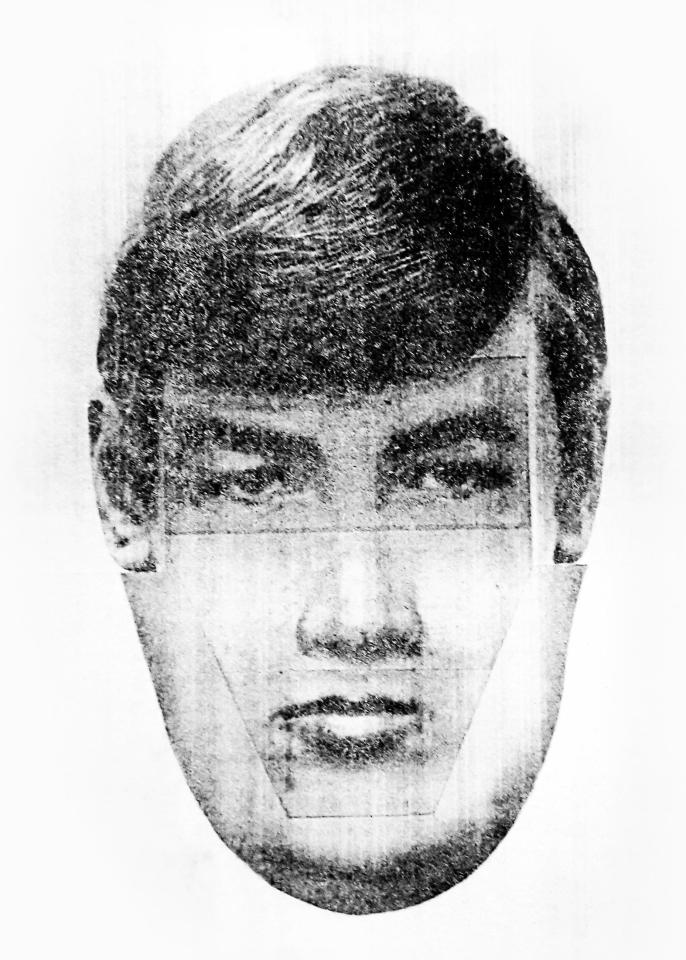 Fighting back tears, Sharon told The Sun: “Although I would like a fairytale ending to our story, I fully appreciate that might not be.

“But at the end of the day, we will have closure and any emotions that come from that closure we will learn to live with and deal with as we have for the past nearly 37 years.

“The next five weeks is a double-edged sword for us as a family. We desperately want Katrice to be found but we also know that if anything is discovered during this search then my daughter’s life would have been ended in very unsavoury circumstances.

“That’s another emotion we have to learn to live with.”

Katrice’s dad Staff Sergeant Richard Lee, of the King’s Royal Hussars, was posted in West Germany at the height of the Cold War. 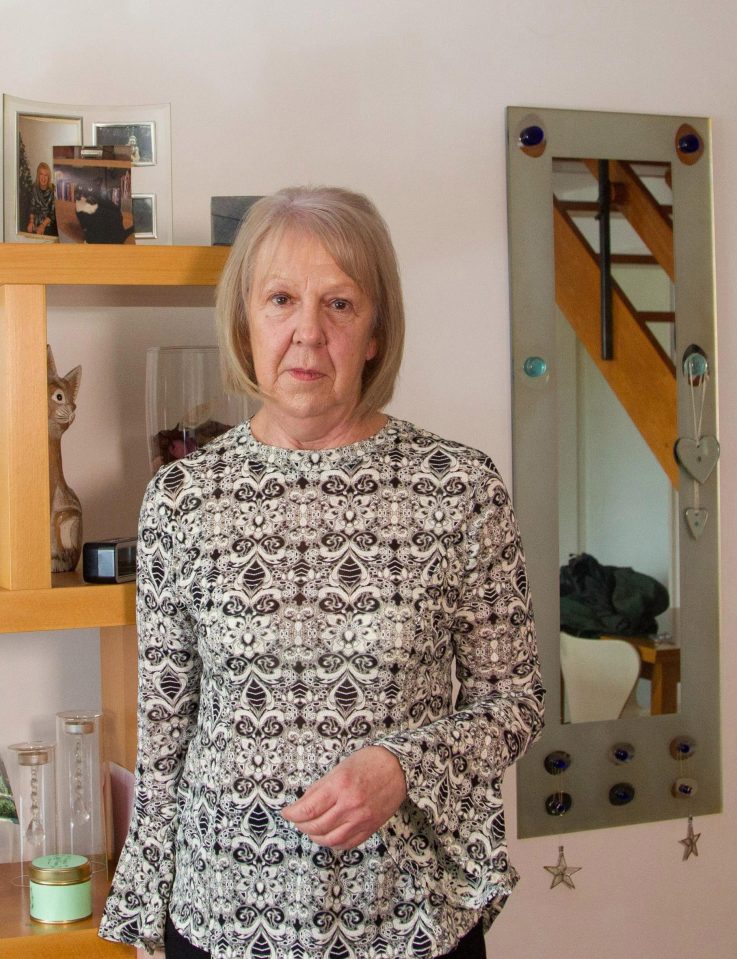 On November 28, 1981, the NAAFI was rammed on the last payday before Christmas. Sharon said: “If you wanted English goodies, that was the time to get them.

"Katrice wouldn’t sit in the trolley, so I carried her all the way around in my arms doing my shopping.

“When we got to the checkout I realised I’d forgotten crisps.

“I put Katrice down and said to my sister Wendy, ‘Just keep an eye on her while I go back to the crisps stand’. It wasn’t far away. It took me about 40 seconds, a minute at most. When I got back I asked, ‘Where’s Katrice?’. 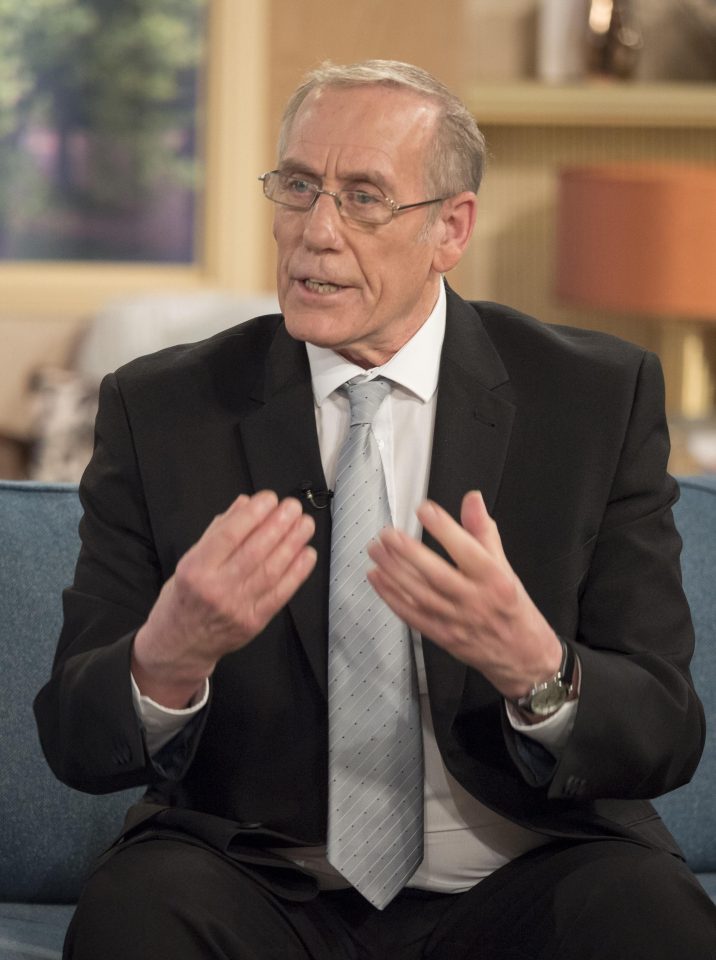 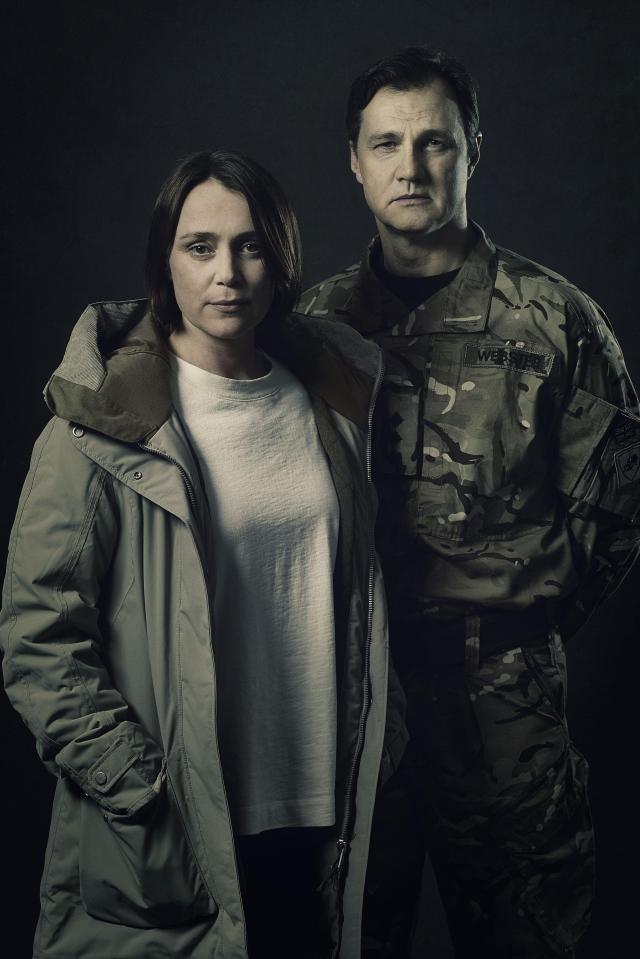 “My sister said, ‘I thought she was with you. She ran and followed you’.

The Royal Military Police and German cops worked on the assumption the little girl — wearing red wellies, a turquoise duffle coat and tartan dress — wandered off, fell into another nearby river, the flooded Lippe, and drowned. But a hunt proved fruitless.

Statements from shop staff were not taken for six weeks and details of an eye condition Katrice had were not released. 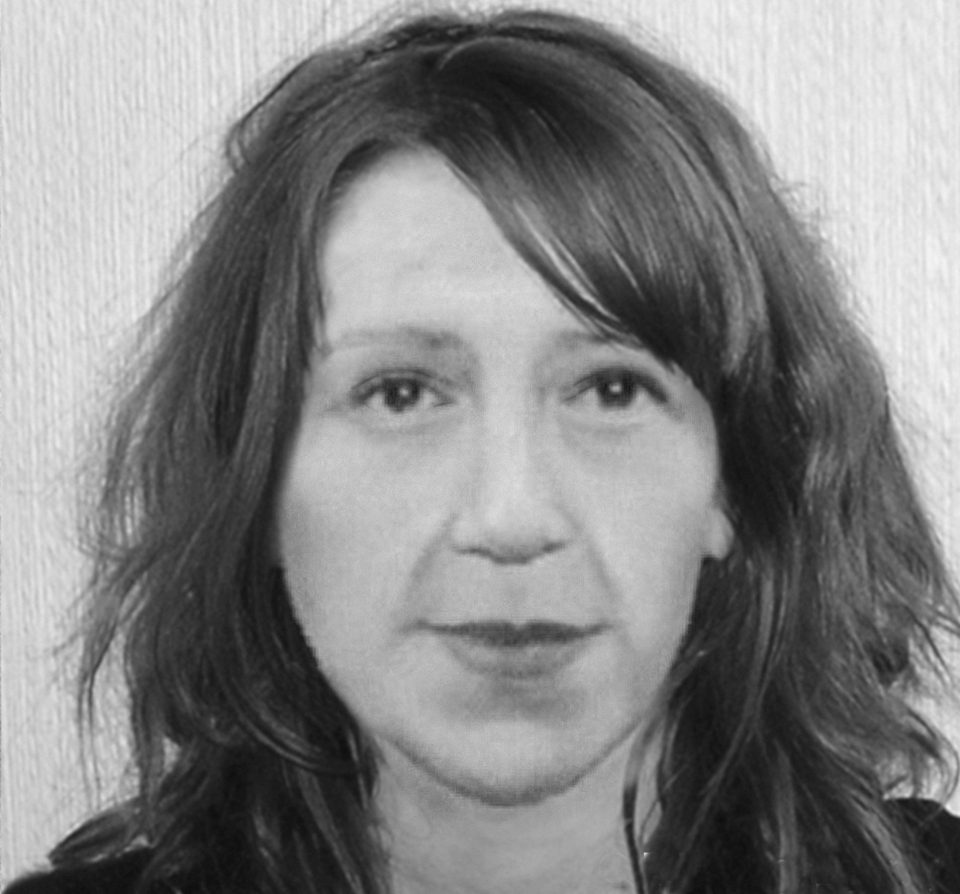 The case was reopened in 2000 and led to the arrest of a former soldier. But he was released without charge and the case closed again after three years. There were further inquiries in 2012.

Sharon, of Gosport, Hants, now divorced from Richard, is convinced Katrice was abducted. She said: “It’s my belief she left the NAAFI shop that morning, but she didn’t leave alone. I can’t believe — the NAAFI was so busy that morning — that a two-year-old walked out and disappeared off the face of the Earth and no one saw what happened.

“I still have to go out and face the world and go about a daily routine but this situation never leaves you.

“You can’t live with it 24/7. You have to push it to the back of your mind. But first thing in the morning and last thing at night, those are the times it gets to you.”

Dad Richard, now 68, had criticised the RMP handling of the case, but felt his voice had “finally been heard” at a summit with Mr Williamson this year. He said: “Hopefully, we can resolve issues and find out where my daughter is.”

As cops appeal again for information to help solve the case, Sharon added: “If people put themselves in my shoes for five minutes and feel how we have lived and felt for the past 36 years, then maybe those feelings would get them to come forward."