Two children are left as orphans as doctor, 42, dies from injuries suffered in motorway horror smash seven months ago that also killed their father 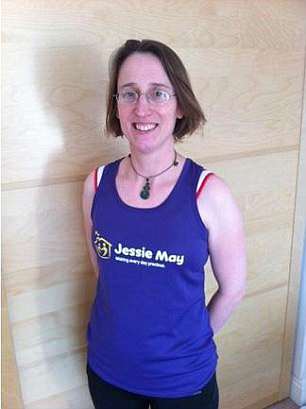 A mother has died from injuries suffered in a M5 horror smash seven months ago which also claimed the life of her partner and three others – leaving their two children, aged 12 and 10, orphaned.

Dr Rebecca Mitchell, 42, was rushed to hospital with life-threatening injuries when a Mercedes box van crashed through a central reservation and into the family’s car in Gloucestershire last September.

Her partner Adrian Beaumont, 46, died at the scene and their 12-year-old son and ten-year-old daughter, were also injured in the crash.

A spokesperson for Avon and Somerset Police said yesterday: ‘We can confirm that Rebecca Mitchell has died as a result of her injuries from the crash.’

Their two children, who were in a stable condition three days after the crash, are being cared for by relatives.

The family, from Bristol, were driving a Seat Leon car northbound on the M5 between Junction 14 and 15 near Thornbury on September 16, 2017.

But just before 2.30pm, a lorry smashed through the central reservation and hit their hatchback, as well as another car in which three people died.

Adrian died at the scene but Dr Mitchell and their children were rescued from the wreckage by passing motorists.

Both children were taken to Bristol Children’s Hospital where they were described as being in a stable condition.

Ms Mitchell – known as Becky – was rushed to Southmead Hospital, where she was part of the North Bristol Community Paediatrics team, in a ‘critical’ condition.

She was said to have been in a stable condition as of October 18.

But on Thursday, a colleague of Adrian’s at Bristol catering company Nisbets, wrote on Facebook that his partner Rebecca had lost her ‘long fight’ following the crash. 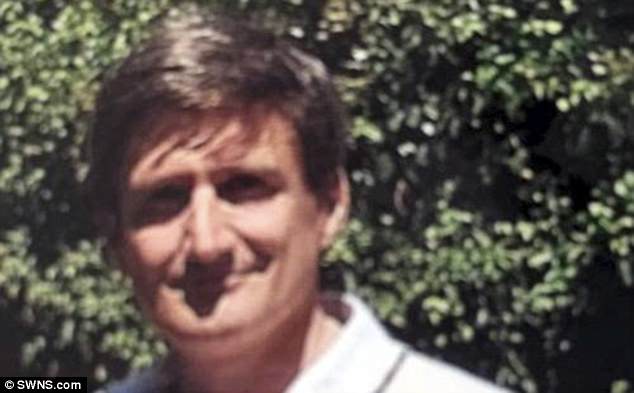 Adrian Beaumont (pictured), 46, from Bristol, died at the scene of a collision on the M5

Ruth Gale shared photos of a team at Nisbets setting off on a 150-mile bike ride in memory of Adrian.

She wrote: ‘This in memory of Adrian Beaumont who left us far too soon after a terrible accident on the M5 last year. Tragically we also lost his partner Becky after a long fight.’

Tributes have poured in for Rebecca who was constantly raising money for various charities, including £700 for Bristol charity Jessie May by running the Greater Manchester Marathon.

Colleague Jenny Theed, director of Operations and Nursing for Bristol and South Gloucestershire told Bristol Live: ‘Rebecca was an extremely valued colleague who touched the lives of many over her 12 years serving the people of Bristol.

‘We all miss her overwhelming willingness to do anything in her power to support the families in our care, the warmth and respect she showed her colleagues, her cheerful smile and her generosity of time.

‘She was a huge asset to our service and is sorely missed. Our thoughts at this sad time are with her family and friends.’ 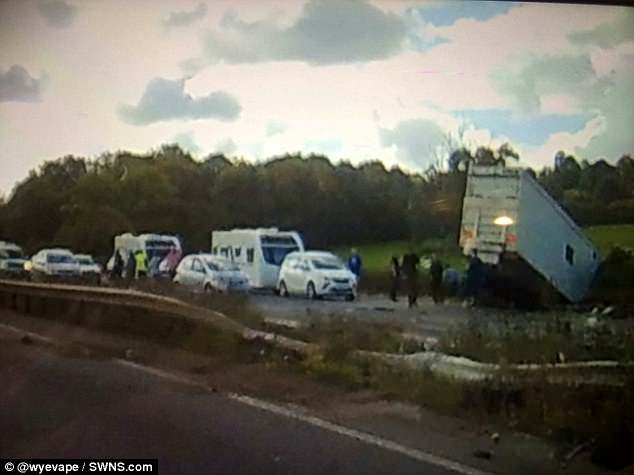 The crash also claimed the lives of another family from Liverpool.

Richard Henry Evans, 66, his wife Elaine, 62, and her elderly mother, Audrey Hodge, 84, all died after the collision.

Police confirmed a month after the crash, in October, that the lorry driver had not been arrested and is helping police with inquiries.

He suffered minor injuries and was taken to hospital for a check up, and was then discharged.

A spokesman for the force said: ‘We’ve carried out a thorough investigation into a collision on the M5 between J15 and 14 northbound on September 16, 2017, in which five people sadly died as a result.

‘Our investigation concluded there was insufficient evidence to proceed with any prosecutions in this case.

‘The families of the victims have been updated on this outcome and we’ll continue to support them.

‘A final report is now being prepared for the Coroner’s Office.’