Four-week-old Nimbus was rescued in the nick of time after getting dumped at Battersea Dogs and Cats Home when the new owner realised he was far younger than advertised. 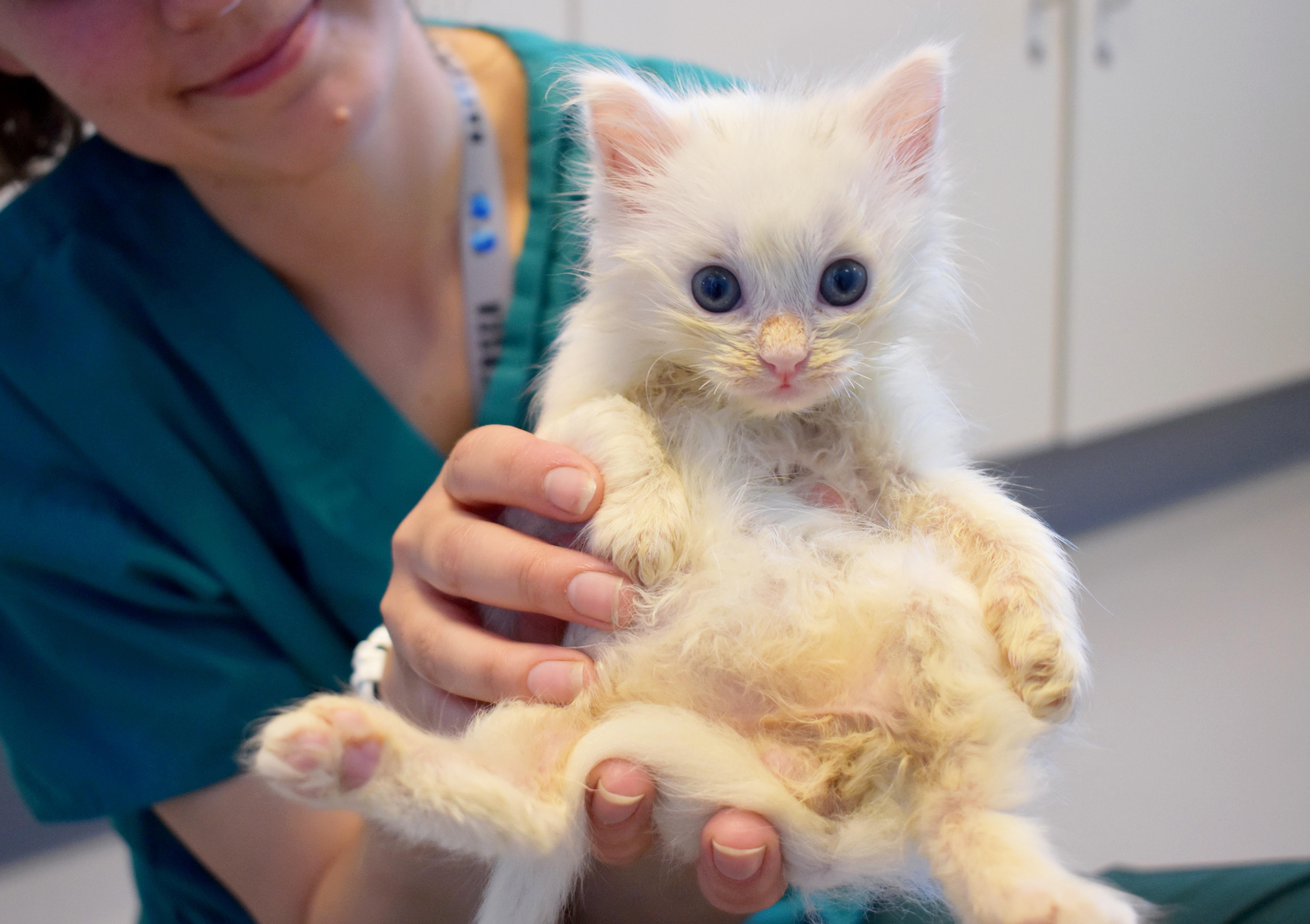 The tiny kitten was nursed back to health after arriving covered in burns, urine, and being unable to feed himself.

He was bought through a car boot sale app and was handed over after the owner realised he needed specialist medical care.

A recent study found that dogs are advertised online every two minutes while an advert for a cat appears every four minutes.

Shaun Opperman, Battersea's head vet, said: "Nimbus was far too young to be separated from his mother when he was sold online. 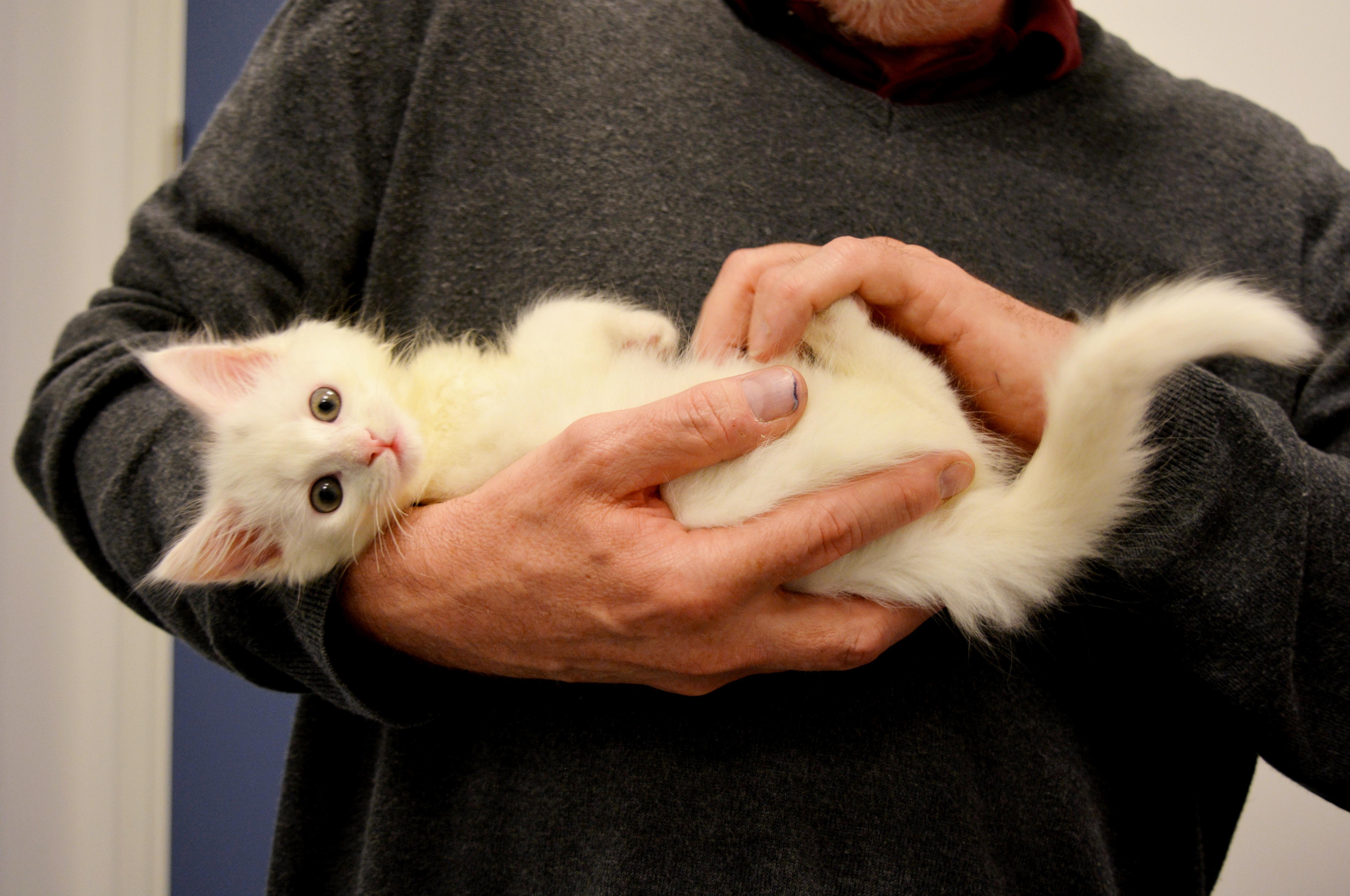 "He came into us in a terrible state as he couldn't clean himself properly.

“He clearly wasn't being fed properly as he was seriously underweight.

"Our veterinary team had to step in and play the role of his mother, helping him feed and learn to groom himself, as well as administering treatment."

Rob Young, head of catteries at the home, said: "Luckily Nimbus was brought to us just in time as without immediate veterinary care, his future could have been very sad. 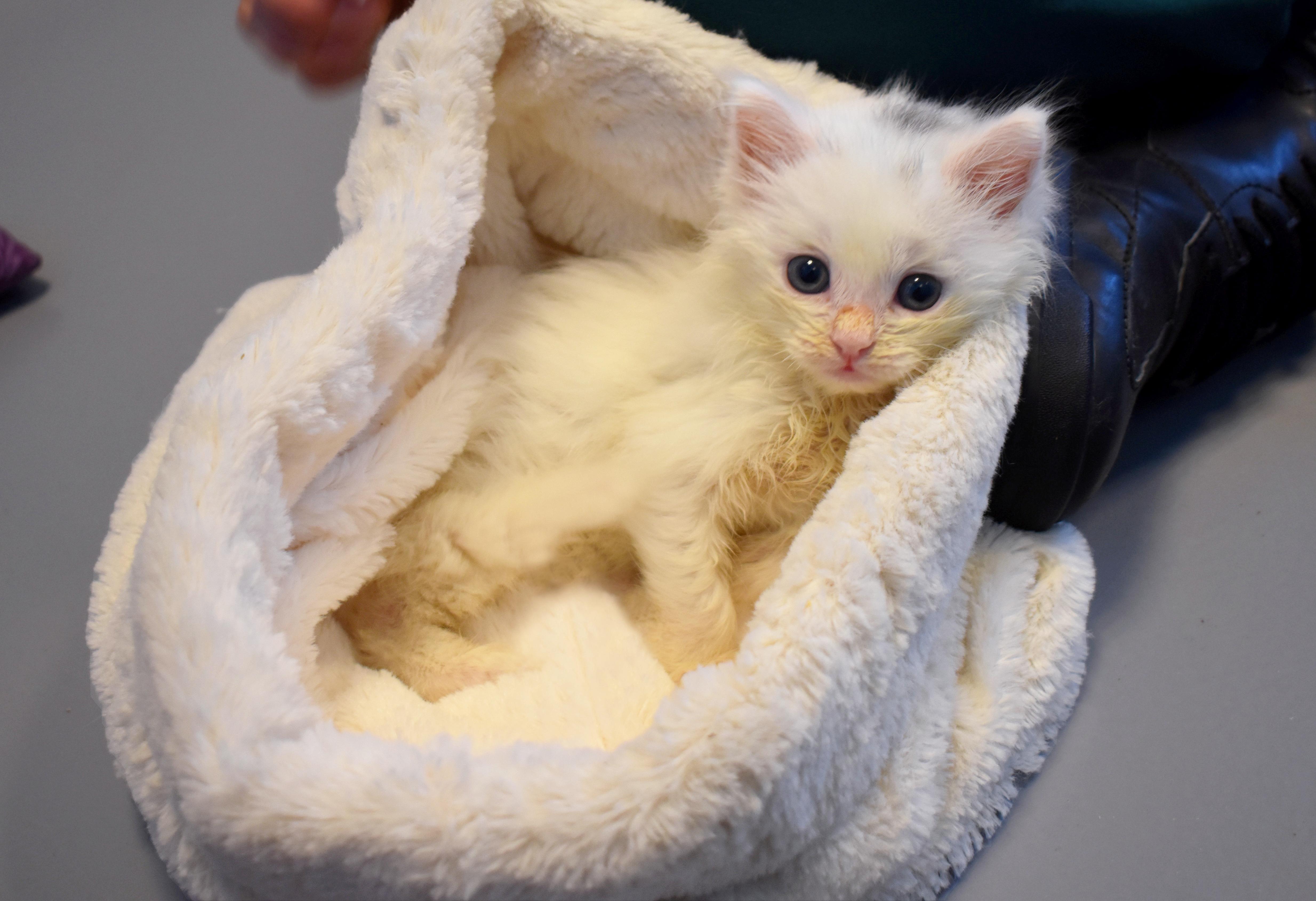 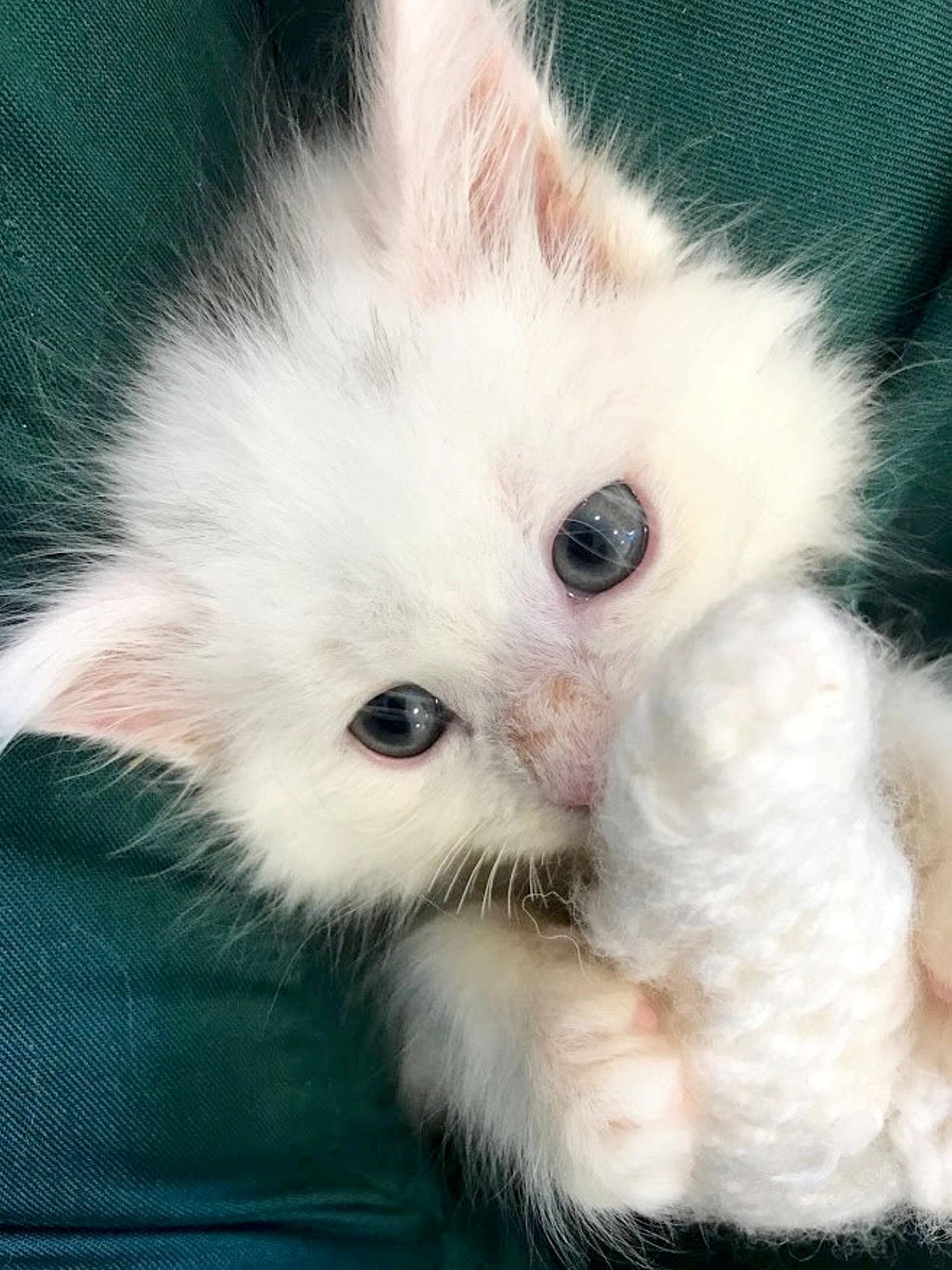 "His story just goes to show how dangerous it is to purchase a pet online – this poor kitten was in an awful state and far younger than he'd been advertised.

"Buyers are being duped and we're seeing more and more people bringing animals bought online to us with the same sad stories."

A spokesman for Battersea said that Nimbus has made a full recovery and has a new family in North London.