Street art bearing all the hallmarks of a Banksy piece has appeared in London where Extinction Rebellion protesters have been causing chaos for the last fortnight.

The artwork, yet to be confirmed as the infamous street artist’s, was spotted early Friday morning in Marble Arch – the base of the climate activists’ demonstrations.

It features an image of a child holding an Extinction Rebellion sign next to a small plant dug in the ground, with the words: ‘From this moment despair ends and tactics begin.’

The street art appears to have been daubed on the wall overnight, just as the eco activists closed its 10 days of chaos in the capital. 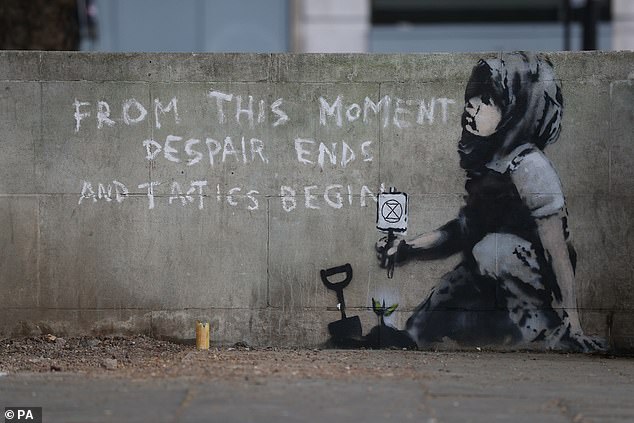 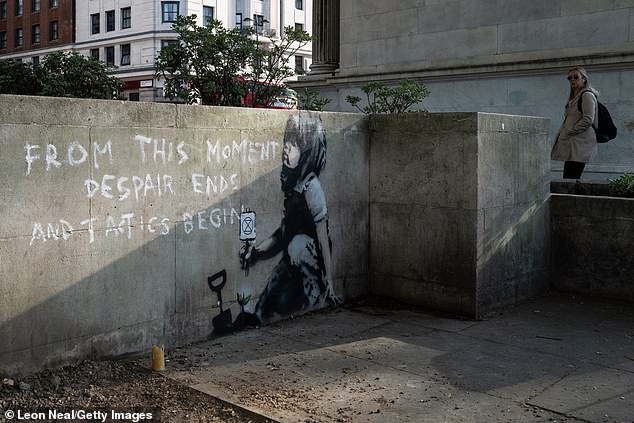